Following the recent Alain Silberstein collaborative effort with Louis Erard, today we bring you another new Silberstein timepiece collaboration – this time with Philippe Lebru, the founder and director of the UTINAM Besançon clock manufacture. 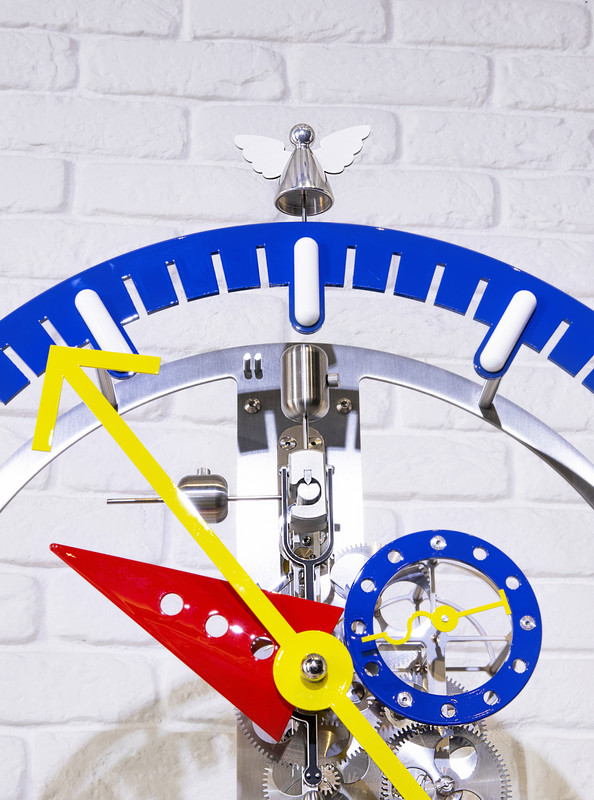 The stainless steel, brass and aluminium KB2 clock (short for ‘Kontwaz Bauhaus 2’) clock has the signature Silberstein use of primary colours and his favourite shapes. It is a thoroughly modern variant of what is called a ‘Comtoise clock’ a form of weight-driven clock originally made in the vicinity of Morbier in the Bourgogne-Franche-Comté region, the regional council of which sits in Besançon (its largest city being Dijon). 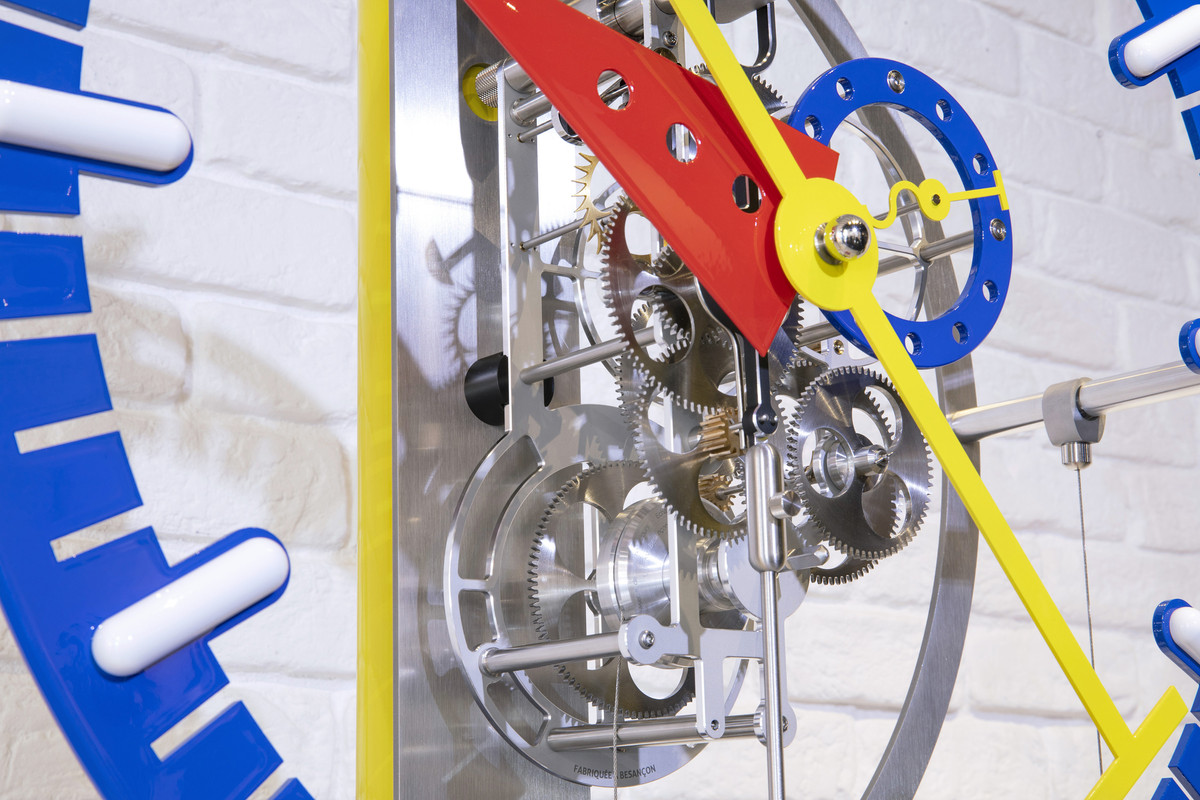 With an offset second hand, the UTINAM movement is designed by Lebru. It is skeletonised, has 161 parts, anodised plates, and beats at 3,600 VPH (0.5Hz). 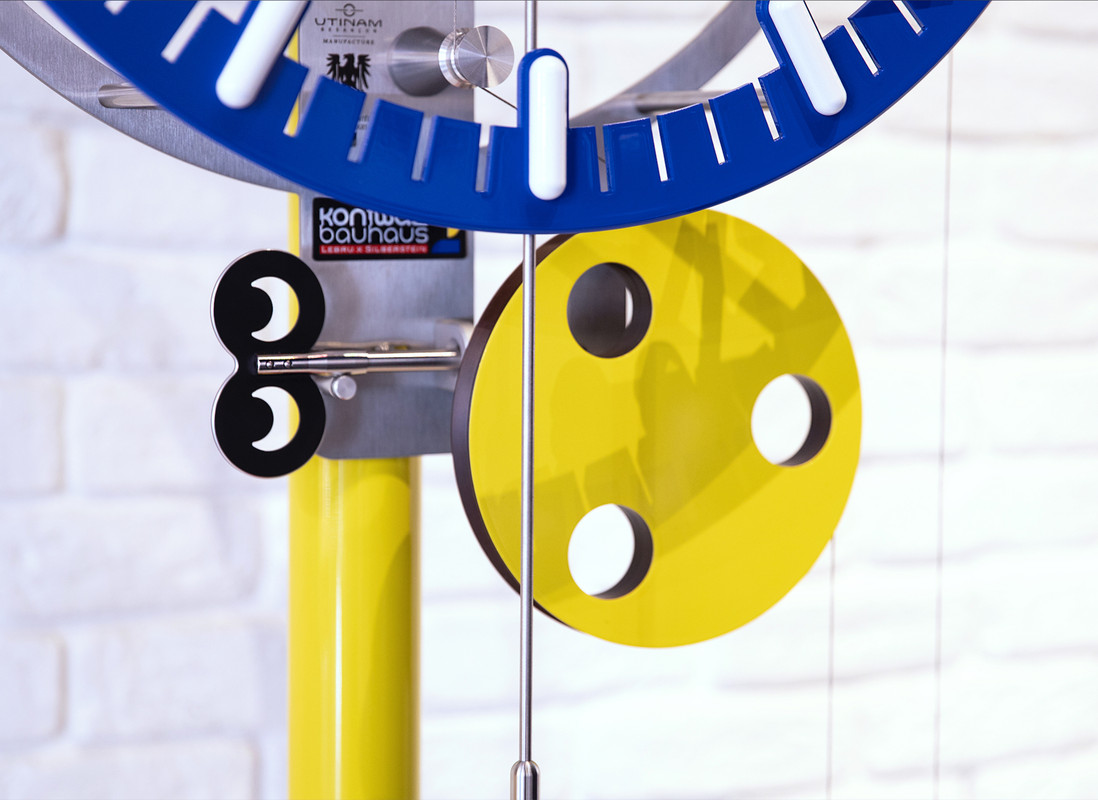 The movement consists of 161 parts, with 3600 vibrations per hour (0.5 Hz) and a seven day power reserve (wound with a key). It is skeletonised with anodised plates, a lever escapement, and offset seconds. 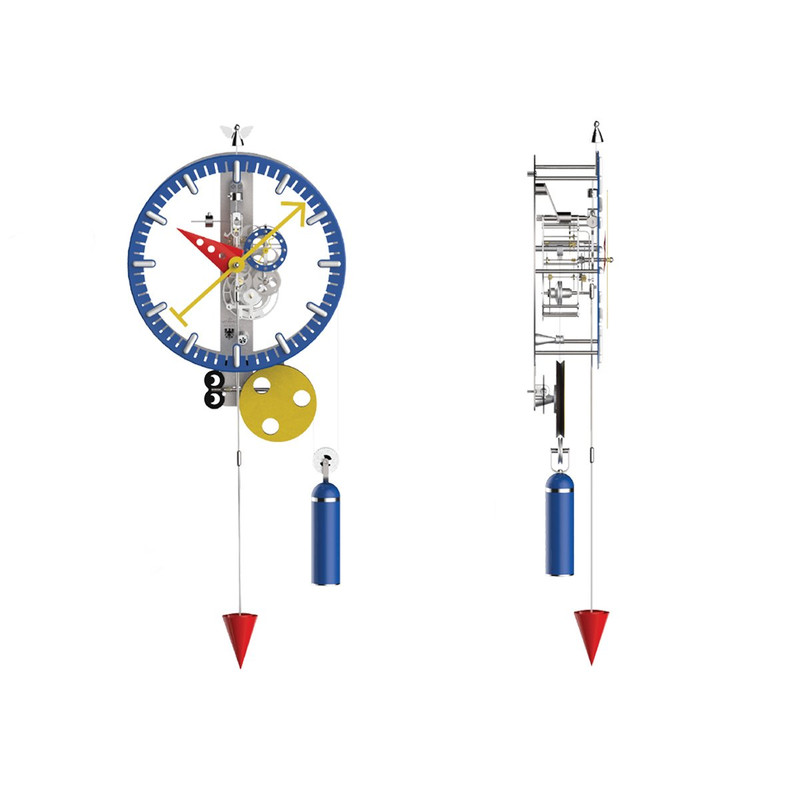 A final bit of trivia – anyone who attended the SIHH 2018 will have seen one of UTINAM Besançon’s largest clocks – it was the centrepiece of the IWC booth.