Within its ‘Excellence’ collection Louis Erard has, along with its own timepieces, a ‘sub-collection’ of a small but growing number of collaborative pieces created with famed watch names. Because of a combination of accessible and attractive price points and partners, these have developed into a series which, for relatively ‘minimal’ outlay in light of the ‘names’ attached to them, are an enticing option for completists with enough spare change who may wish to own all the Louis Erard collaborative watches.

If they can get in quickly enough.

Each of the three new references is limited to 178 pieces but of these, 78 will be sold in a collector’s box that contains all three watches, along with digital artwork signed by Alain Silberstein and of course, the trend du jour – an NFT (which can be customised with a message).

As was the case with the Louis Erard x Alain Silberstein Le Régulateur of 2019, the dials of these 2021 editions is matte black and features Silberstein’s signature bright red, yellow, and blue colours and his triangle, circle, and rectangle-shaped hands and indices. His predilection for primary colours and shapes mean that anything with his touch is immediately recognisable. 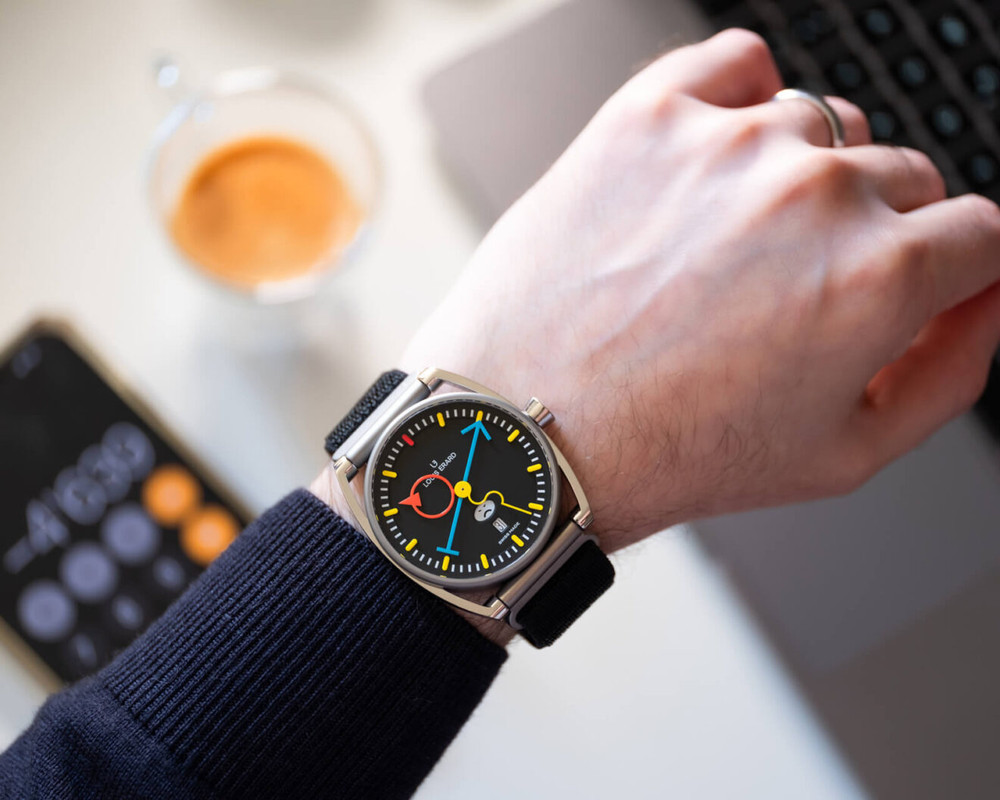 All three Louis Erard x Alain Silberstein references are in 40mm cases (water resistance of 100m) with an interesting blend of of micro-blasted Grade 2 titanium and polished Grade 5 titanium cases. The La Semaine and Le Régulateur II models have a thickness of 11.6mm, whilst the Le Chrono Monopoussoir is 13.9mm thick. The case’s shape is a frame with vertical sidebars called “brancards” because the design resembles the case on a stretcher/ litter. Another detail worth noting is the conical crown. All three timepieces come on a double-layered nylon strap with a ‘quick-fit’ closure.

They are all powered by automatic movements. The La Semaine uses the ETA 2836-2, the Le Régulateur II is powered by a Sellita SW266-1, and the Le Chrono Monopoussoir has the Sellita SW500MPCa movement. 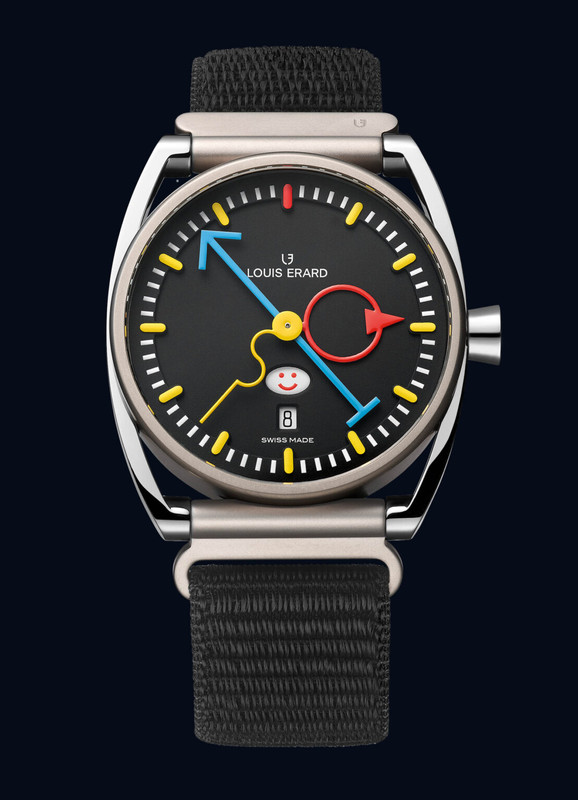 Going through each of the models, first up is the La Semaine Louis Erard x Alain Silberstein. It has, along with the time, the date and Silberstein’s signature day disc which does not have the names of the days but faces expressing different moods for every day. 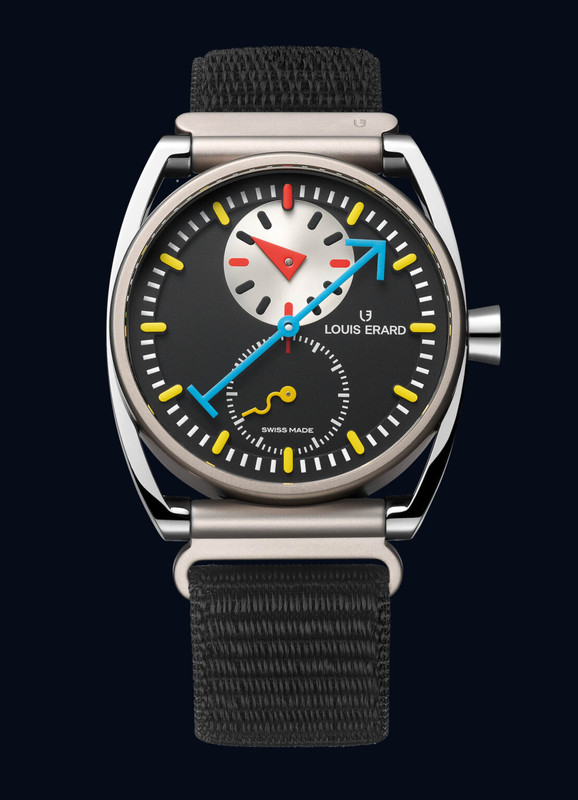 The Le Régulateur Louis Erard x Alain Silberstein is, as mentioned, the second time Silberstein has played with this model, and it has a large blue arrow hand for the minutes, a red triangle for the hours, and a small yellow serpentine hand for the seconds. Compared with the first Louis Erard x Alain Silberstein Le Régulateur this revamp, particularly with the new case, feels a lot more fresh and modern. 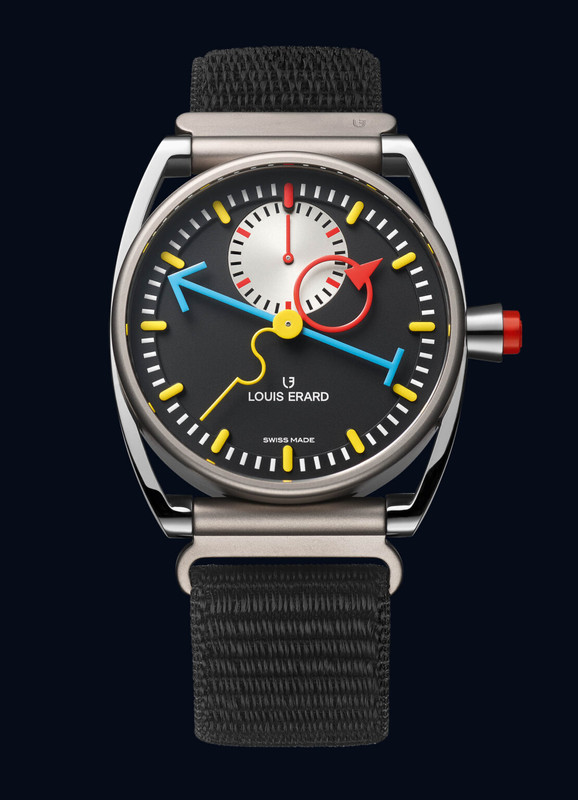 The final model adds a complication with an all-new chronograph: Le Chrono Monopoussoir Louis Erard x Alain Silberstein. It has centre hour and minute hands, a central chronograph seconds hand, and a 30-minute counter at 12 o’clock. As per the La Semaine, it also has the new hour hand of a red circle pinned with a triangle.

The prices for the new trio and Le Triptyque are as follows: 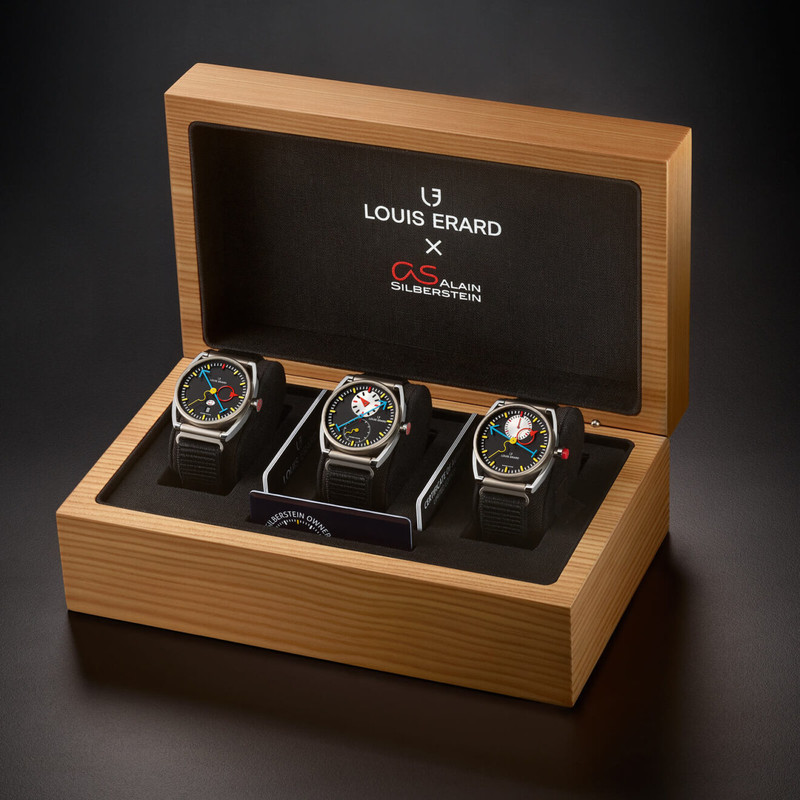 It’s a playful nice looking trio, particularly for those who miss that quintessentially Alain Silberstein approach to watch design (although he does make occasional appearances). There will be more limited edition collaborative watches to come, so keep an eye out. If you want to see the full Excellence collection, including those done with othersgo to their site.