For all the brand’s extrovert designs and characteristics, brightness of case material, although not alien to them, is also not one’s first thought when thinking about URWERK.

Of this new limited edition (twenty-five pieces) UR-100 Gold Edition, released on the 4th of May, they write that it is a fourth episode of the UR-100 and muse about the gilt colour of C-3PO, but perhaps the watch is more about fathers.

The inspiration for the first UR-100 Spacetime was a Gustav Sandoz pendulum regulator clock given to Felix by his father. Measuring not time but the distance of the Earth’s rotation at the Equator, it was exhibited at the 1892 Paris and 1893 Chicago fairs and a (gold and bronze respectively) medallist at both.

Making all this happen for the UR-100 is the automatic Calibre 12.01, which beats at 28,800 VPH and has a power reserve of 48 hours. With three base plates in ARCAP, the movement’s rotor is regulated by a flat turbine system, the Windfäng (Swiss German for “air trap”) that minimises shocks to the rotor and reduces over-winding and general wear and tear. 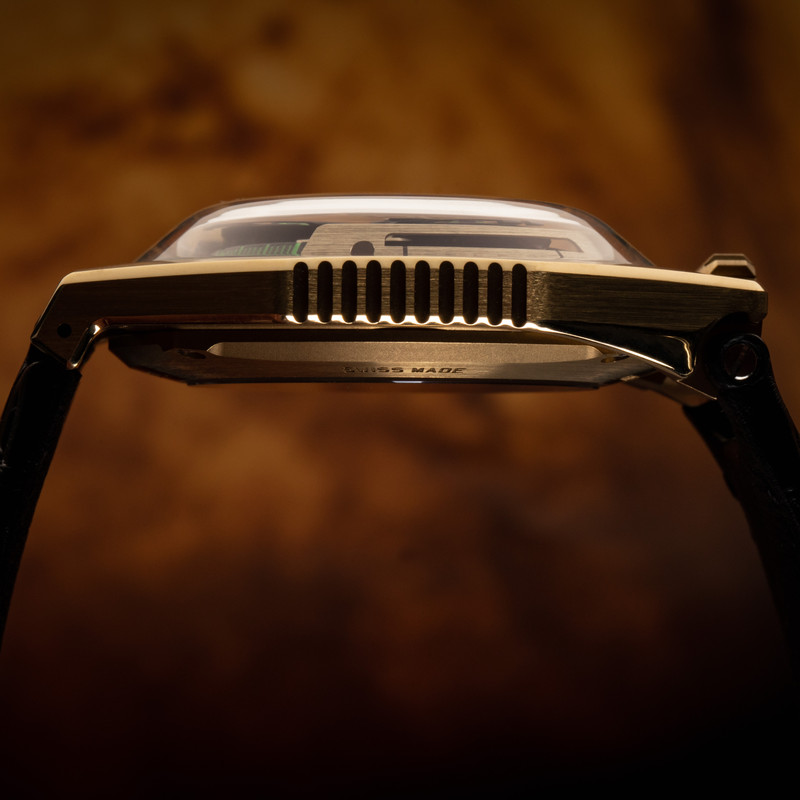 Now it is the turn of 18k yellow gold. Cut from a solid block of 2N yellow gold, the latest UR-100 is the same size as its older siblings – 49.7mm in length by 41mm wide, and with a thickness of 14mm. Water resistance is 30m. For this variant, the satellite hours are aluminium on titanium Geneva crosses, the carousel is aluminium, and the hours and minutes have Super-LumiNova. Finishing used on the Gold Edition includes circular graining, sand-blasting, and micro-blasting. 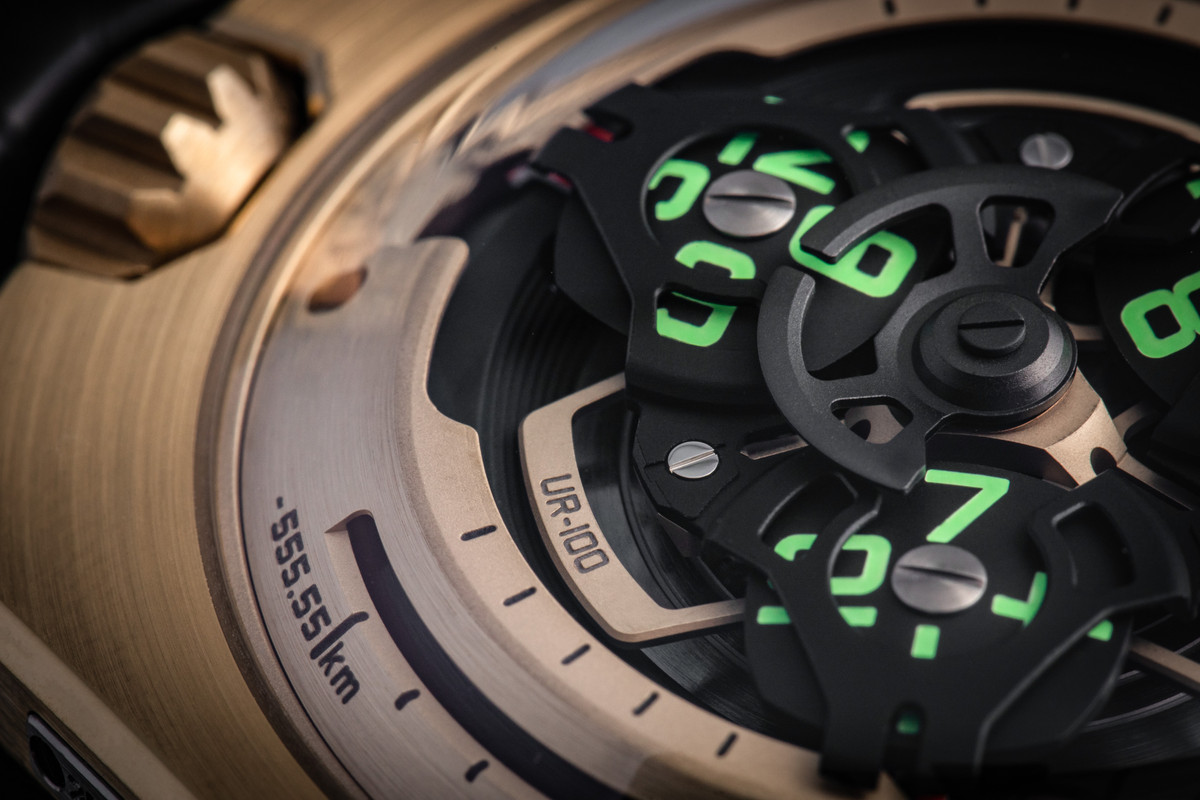 URWERK are launching the UR-100 Gold Edition with this quote – “A long time ago in a galaxy far, far away, a spark shot out of the ether. Radio telescopes reveal that the shining golden object hurtling toward earth appears to be trying to communicate, emitting signals in six million languages. Could it be C-3PO, the protocol droid in the Star Wars saga? No, it is URWERK’s new yellow gold UR-100!” and alongside it, some thoughts from Martin Frei : “Science fiction has been an inexhaustible source of inspiration since the creation of URWERK” … “I have been a sci-fi geek since childhood. My father was an engineer and worked on incredible projects, including the Apollo Lunar Rover. He was my hero and left me his love of the cosmos and his dreams.” 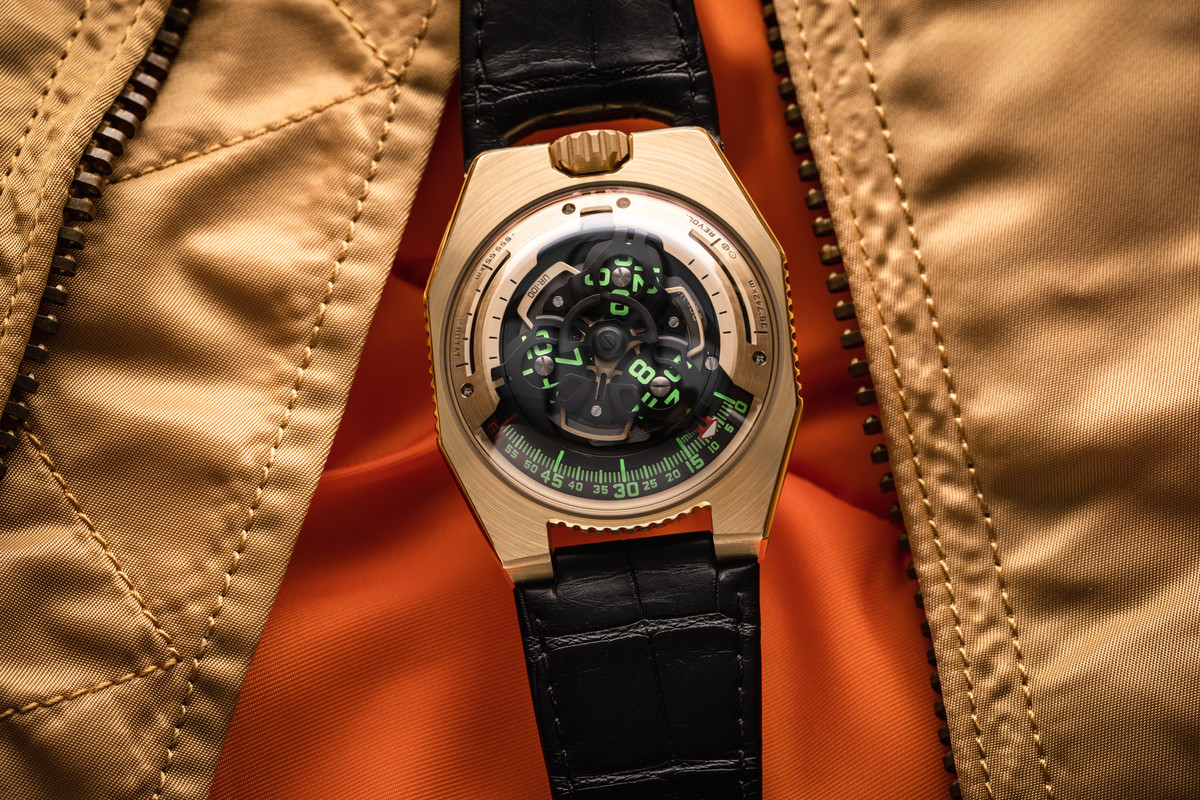 I wondered, at the beginning of this post, whether this new piece is more about fathers rather than about C-3PO. This quote from Martin Frei, combined with the origin story of the first UR-100 SpaceTime, is why. But then again, fathers and father figures play a big part in the Star Wars universe, a point even noted on on their website.

Whether or not you are a father, and regardless of whether you are a devotee of the Star Wars franchise/ pop culture behemoth, there is one thing that we all share at present. URWERK are recognising this common experience through the auction of the ‘Fight C-19’ first UR-100 Gold model, with monies raised from the auction going towards the fight against COVID-19. 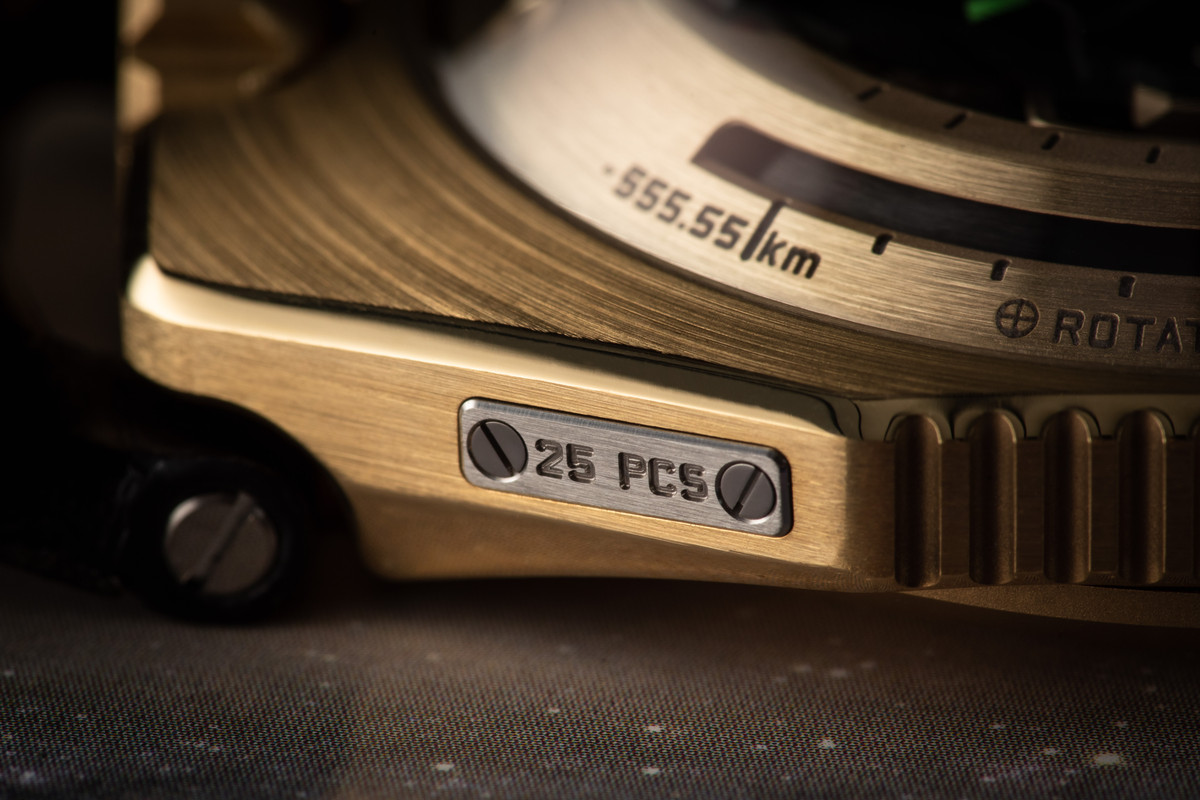 The auction will begin at 1600 GVA time on Friday the 8th of May, 2020, and run for two days. URWERK will, in partnership with the successful bidder of the No. 1 gold UR-100 “Fight C-19”, select the organisations to which the proceeds will go. For more information and/or to participate in the auction, hit this link. The UR-100 Gold Edition has a price of 58,000 CHF.

Stay safe, support a worthy cause, and get a cool watch. Happy bidding.