Perhaps its significance was clear only in hindsight, but 1994 was a ‘bit of a year’ as they say, for IWC.

The most widely known reason for this was the release, that year, of the Mark XII, which had been launched in 1993. A watch that was focused on simple functionality, it was the successor to the Mark XI (itself the subject of a modern tribute a couple of years ago), and a nod to historical pilots watches and the history of IWC in this field.

The Mark XII may have seemed plain, but that was its whole point. It paid tribute to the pilot’s watches that came before it, to its military antecedents and milspec pieces, and to the status and longeivity of the Mark XI.

It was also the same year in which the Ceramic Fliegerchronograph (Ref. 3705), the object of which today’s new watch is an homage, was launched.

As was the case with the Mark XI, although it was lauded by IWC enthusiasts at its launch, it was only with the passing of time that the Ref.3705 gained broader traction. 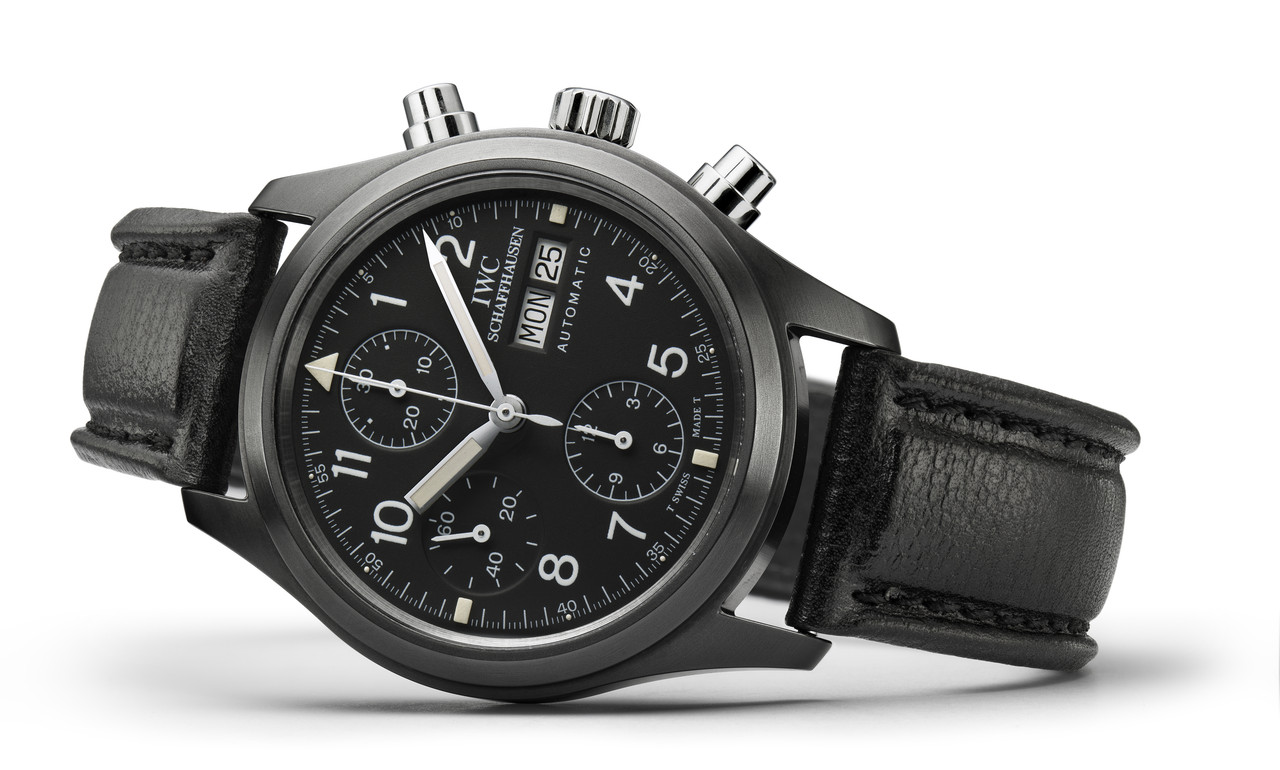 This new (fittingly limited) edition keeps the dial design of the original, but fittingly brings the then advanced case material forward to the 2020s by now using Ceratanium®, IWC’s proprietary alloy blend of ceramic and titanium that was created to make a case material that is both ligh and strong (not to mention, suitable for metal-sensitive skins). It is not just the case, but also the pushers and pin buckle are also made of Ceratanium®.

Along a larger size (41mm) and new case material, there is obviously an update of the movement as well. It is now the in-house Calibre 69380 column wheel chronograph, which beats at 28,800VPH and has a power reserve of 48 hours.

The Pilot’s Watch Chronograph Edition “Tribute to 3705” (Ref. 387905) has a dial that is the same as the original, with the chronograph counters at 9 o’clock and 12 o’clock and a small seconds at 6 o’clock. There is also a date and date display at 3 o’clock. 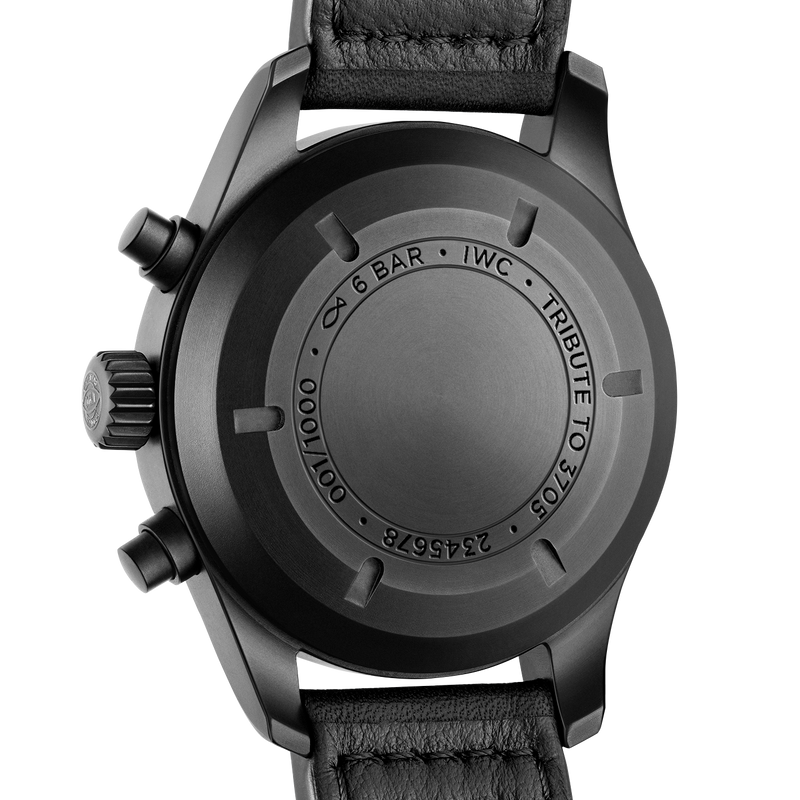 Although it was not launched until after his departure, the Ref. 3705 Ceramic Fliegerchronograph was conceived during the tenure of Günter Blümlein, one of the giants of the watch industry. Born in 1943 in Nuremberg, he began at Junghans, joining IWC in 1981 and eventually becoming Chairman, but also working with Jaeger-LeCoultre, of which he became Chairman of the Board of Directors. In 1990 he and Walter Lange founded the Lange Uhren GmbH, laying the groundwork for the modern success that is A. Lange & Söhne. He became Chairman and CEO of Les Manufactures Horlogerie (LMH) which was bought by Richemont in 2000, after which he headed their watch division.

Herr Blümlein died in 2001 in Schaffhausen. He had purchased a Ref.3705 as a gift for his wife, and with that provenance, it is no surprise that when it was auctioned in 2018 by Phillips, it sold for a healthy $53,750.