There have been a handful of watch brand collaborations in the last couple of years, and not just those which appeared in the Only Watch auction, but also for example the recent multiple watch project between H.Moser & Cie and MB&F.

A collaboration between Schwarz Etienne and Les Ateliers Blandenier, born of and nurtured by Peter Speake-Marin/ The Naked Watchmaker, has resulted in a pièce unique for the watch brand’s ‘Roma’ concept.

This is the second piece released by Schwarz Etienne under the ‘Roma’ partnership banner. The first was the ‘Roma Synergy by Kari Voutilainen’, a 39mm stainless steel piece with a hand guilloché dial in either blue or grey, each limited to fifty pieces.

For this watch, Schwarz Etienne has supplied the case and movement, and Les Ateliers Blandenier have supplied their artistic expertise in engraving and enamelling to create the dial. Like the first Roma, the goal of the Phoenix was to combine the skills of both parties, but in this case with an ‘art piece’. The involvement of Peter Speake-Marin has not just been for the idea, but also in the sharing of the processes involved in such a creation.

The case is an 18kt red gold 42mm Roma case (12mm thick), inside which is the hand-finished automatic Calibre ASE 100.00. With a micro rotor, it beats at 21,600VPH and has a power reserve of 86 hours. You can see the photographic process of its polishing, finishing, and assembly, on The Naked Watchmaker’s site. 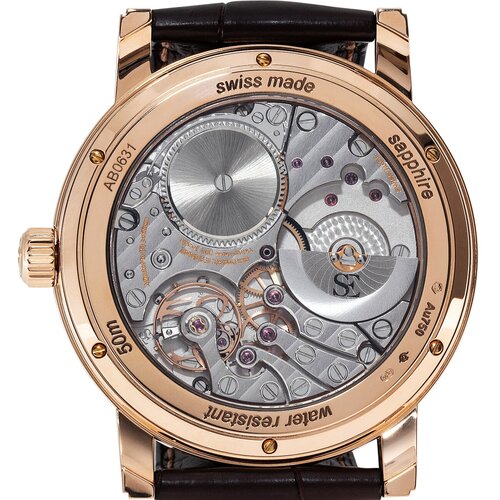 Functionally it is just the time and a small seconds. It is all about the decoration.

The small seconds is on a disc made, aptly, of pyrite. The base of the dial is 18kt gold and filled with blue grand feu enamel (heated at approximately 600 degrees celsius) to mimic a sky for the phoenix. This blue is also mirrored in the hands.

The plate of red gold used to make the phoenix (designed by Deborah from Les Ateliers Blandenier) is cut out by a wire erosion machine based on a CAD image, after which it is hand-engraved. This took Master Engraver Christophe from Les Ateliers Blandenier about three weeks to finish. Upon the completion of this step, it was hand-painted with acrylic to give a patination effect so that after the final enamelling, it would not be a single dimensional colour palette. Only the beak and claws have been polished. 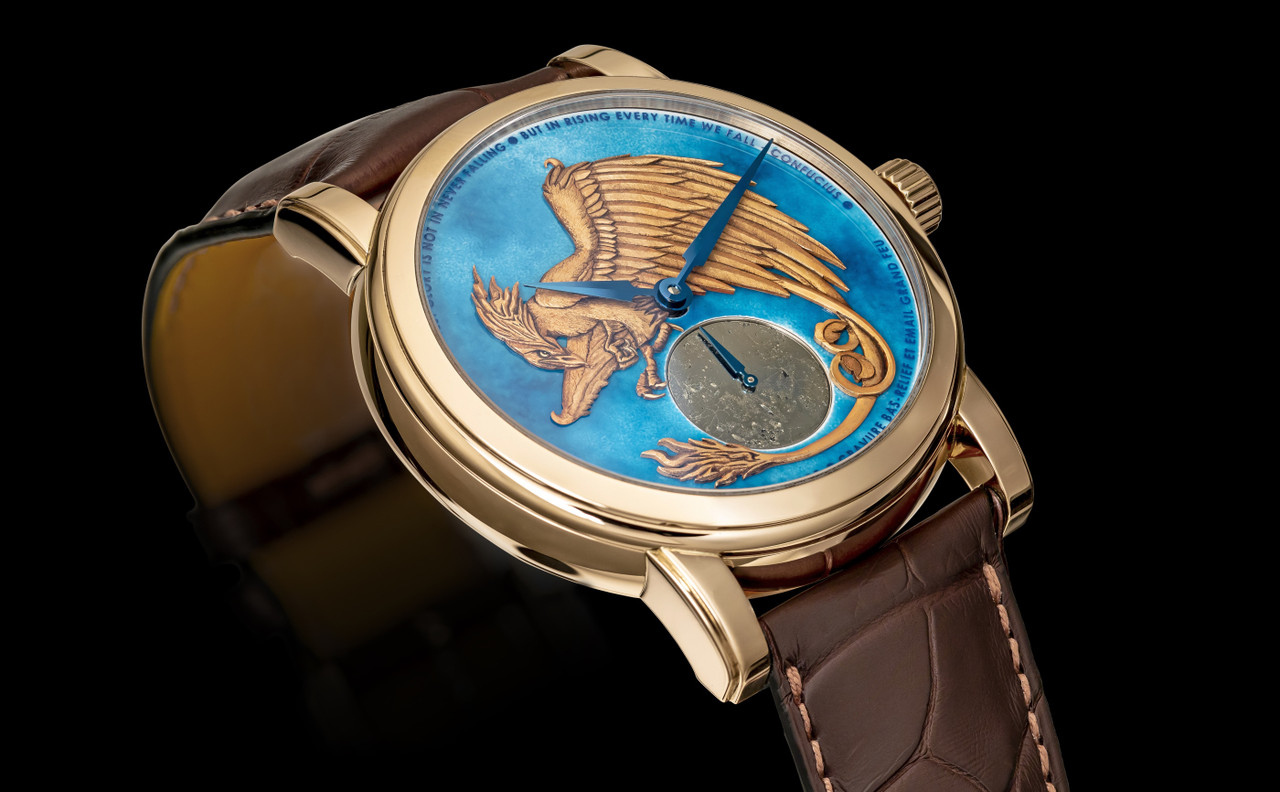 It was secured to the main dial with feet affixed from the rear and the final dial assembled by soldering the back pins in place and then affixing the pyrite in its position.

Final assembly of the watch was done by Peter Speake-Marin. 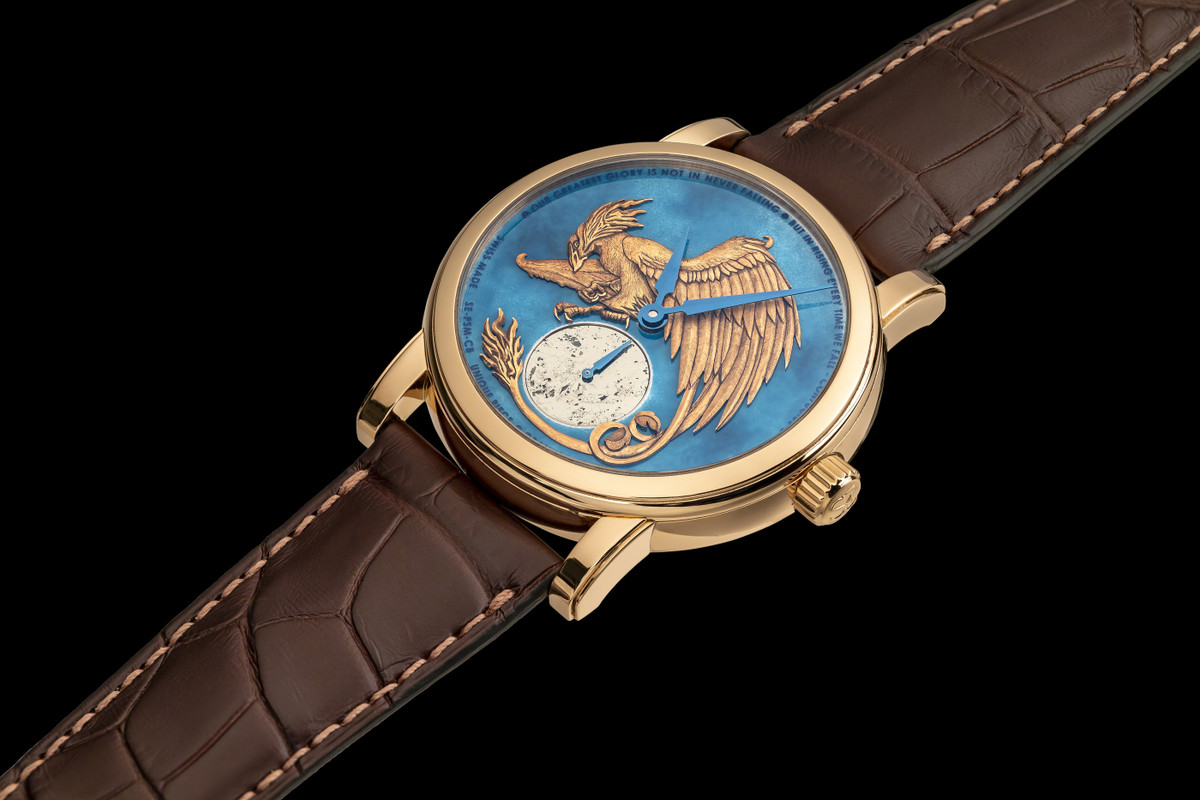 As it was the brainchild of Peter Speak-Marin, you can see his extensive coverage of the entire process, from design to the final product, at this link on his site. It is not a common thing to be able to follow a piece from its beginning to end, so it is worth your while to take a look, as it is to spend some time browsing his site.