When H.Moser & Cie launched the Swiss Alp Watch in 2016 much of the debate and chatter around it was about its marketing success. Well it turned out to not just be successful at making the brand known beyond its traditional audience, garnering widespread media coverage, but also the first in a series of pieces in the same case, some of which were more traditional and others, more eye-catching.

Now its time has come to an end, and very fittingly, Moser have gone full circle back to its inspiration, with a traditional mechanical watch that manages to combine appearances of both traditional smart watches courtes of a running seconds (disc) indicator at 6 o’clock which mimics the familiar ‘loading’ symbol that dominates modern life.

The Swiss Alp Watch Final Upgrade is in a DLC steel case and comes with a Vantablack® dial. The clean dial harks back to the Swiss Watch Concept Black Minute Repeater, which combined the Swiss Alp case with the minimalism of their Concept pieces and a dial material which made its first Moser appearance a couple of years ago. It’s not just the dial that is black, but the hour and minute hands are blackened, and the stainless steel case has black DLC coating. 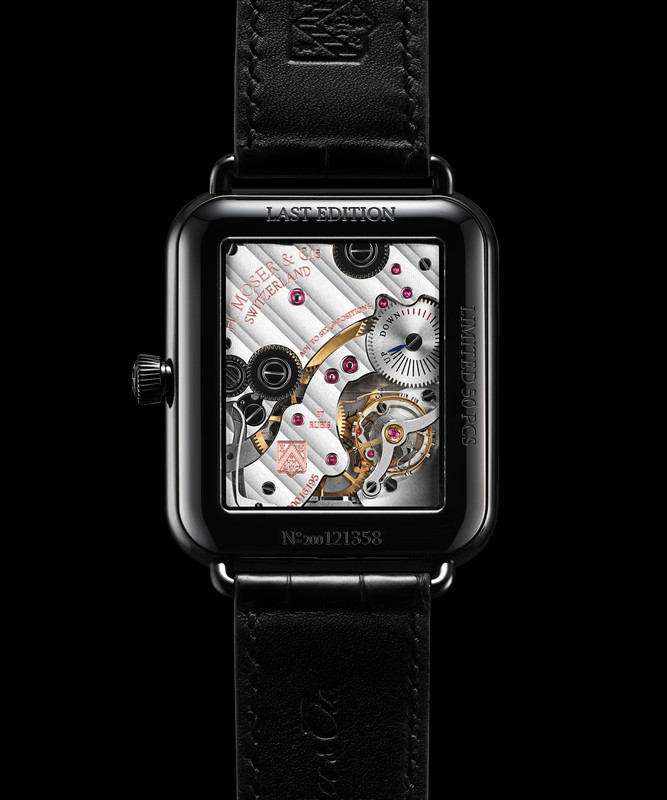 Behind the open case back of the 44mm x 38.2mm case is the manually-wound Calibre HMC 324, which beats at 18,000 VPH and has a power reserve of 96 hours. Along with a gold escapement wheel and pallet fork and the familiar Moser movement finishing, the power reserve indicator is on this side.

Limited to fifty pieces, it comes on a black alligator strap which has a DLC-coated steel buckle and its Australian RRP is $47,800.

Perhaps the most interesting part of this final piece is that the idea of it came from a Moser customer, who approached them with the concept. This is the sort of thing that can happen with a smaller brand. 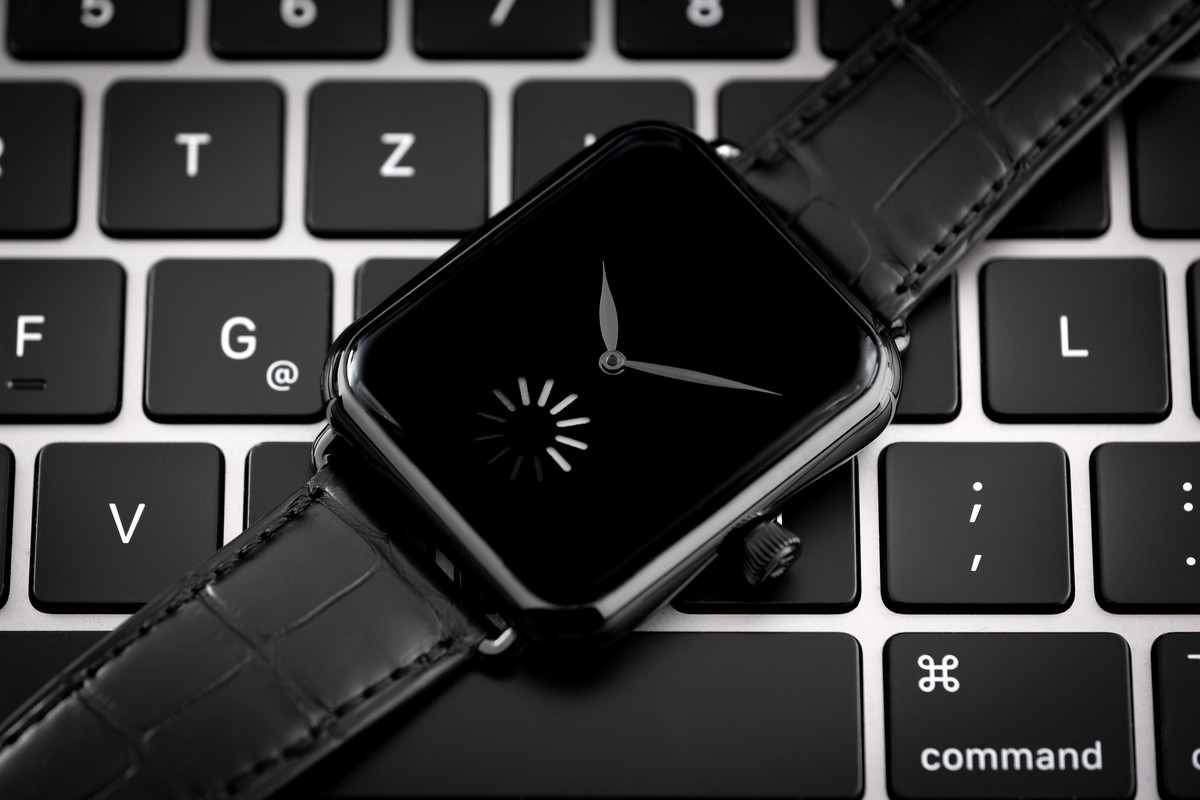 It would have been easy for Moser to have ended this collection with a huge ‘bells and whistles’ bang – a model filled with complications or with some sort of very prominent unusual feature. But this Final Upgrade makes sense, and the name is perfect. The references to previous models as a nod to its history, and the watch’s ‘back to basics’ functionality in combination with the double meaning of its name, are very fitting. Unlike the watch that inspired it, this piece does not have built-in obsolescence, minimises servicing issues because it is pure time keeping, and is arguably more a of a pure distillation of the original playful intent than the first Swiss Alp Watch.