The Excalibur line and the double flying tourbillon movement have been a key part of Roger Dubuis’ offerings over the years, and we have cover a number of them, including last year’s interesting Twofold. Now, the brand has launched an update of the Excalibur Skeleton Flying Tourbillon.

There are a number of changes in this new piece, including the prominent Roger Dubuis star-shaped bridge now placed freely above the barrel. The weight of the two one-minute flying tourbillons has been reduced through their lower cage being made of titanium and upper, in mirror-polished cobalt chrome. This weight reduction has been a factor in the increased power reserve (72 hours) in the new Calibre RD108SQ, an update of the RD105SQ, which was the first skeletonized movement with a double flying tourbillon connected with a differential. The new movement beats at 21,600 VPH, is connected to a new differential, and features a mix of finishing incuding circular graining, shot-blasting, and bridges finished with NAC coating. 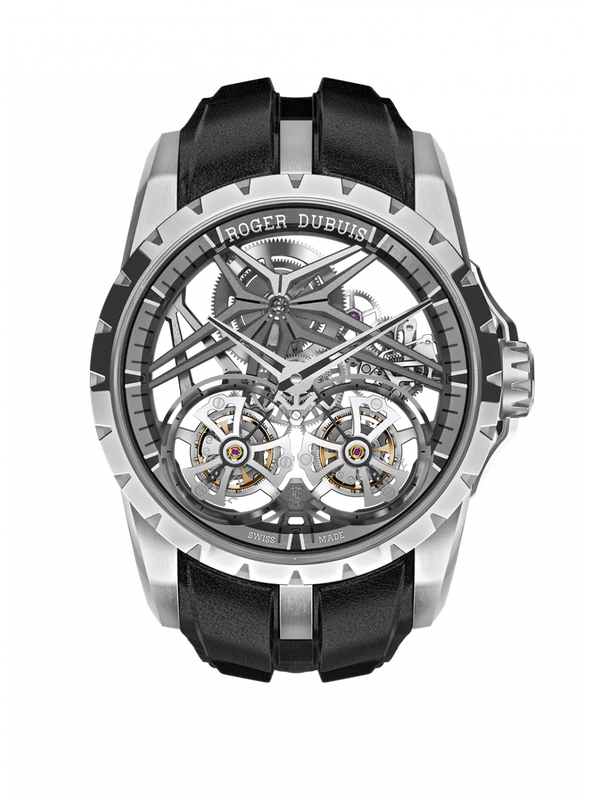 The familiar notches on the bezel are also echoed in the star bridge, the shape of the polished rhodium-plated Super-LumiNova-filled hour markers, and of course the crown. 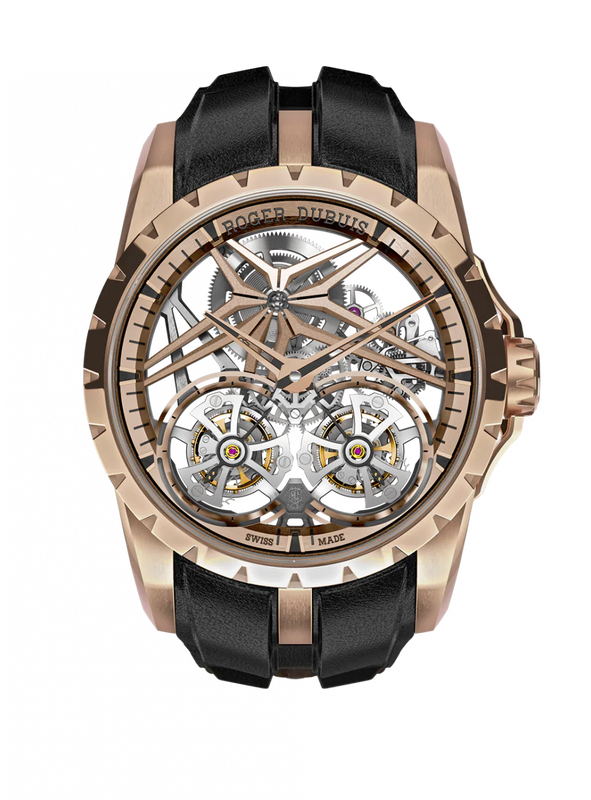 The 45mm sized case has a different ‘less rounded’ shape, with longer and more angular lugs and crown guard. The notches in the bezel are also more exaggerated and deeper. It is also, at 13mm, slimmer, and water resistant to 100m. 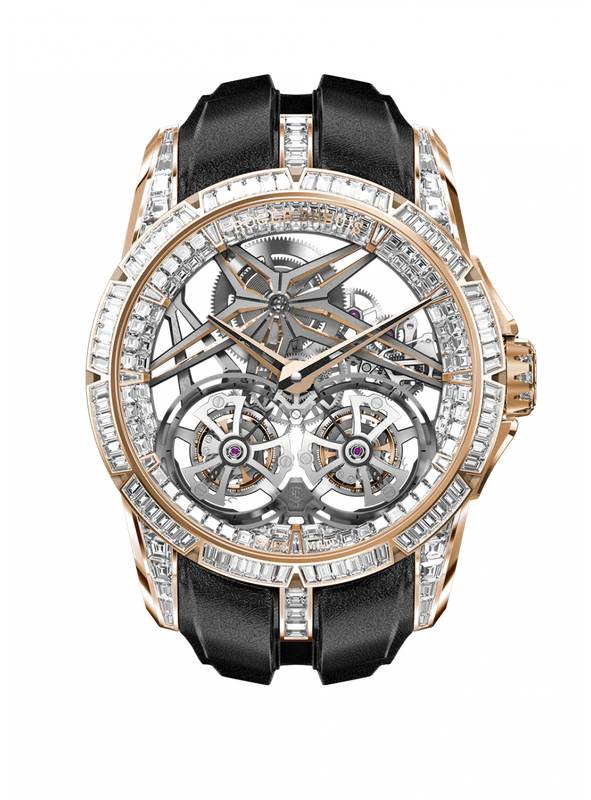 Coming on ‘quick release’ calf straps with triple-fold buckles, the new Excalibur Skeleton Flying Tourbillon is available in three different eight-piece editions – one in white gold, one in pink gold, and one in pink gold set with baguette-cut diamonds.