In 2018 IWC announced a number of pieces in partnership with the U.S. Navy’s Strike Fighter Tactics Instructor Program (SFTI) that were formally launched at the SIHH 2019. The collection also saw the first appearance of Ceratanium® in their Pilot’s watch collection (having previously made an appearance in their 50th anniversary Aquatimer) in the form of the jet black Pilot’s Watch Double Chronograph TOP GUN Ceratanium® (Ref. IW371815). It had a case made of black ceramic and was available exclusively for graduates of the Navy Fighter Weapons School.

Now, two years later, they are adding another addition to their longstanding TOPGUN series with the new limited edition (1,500 pieces) Pilot’s Watch Chronograph Top Gun Edition “SFTI” (Ref. IW389104) with a 44mm sized case made of black zircoinium oxide ceramic, and with Ceratanium® case back and pushers.

Developed by IWC, Ceratanium® is a composite material that combines the advantages of titanium and ceramic. It is lightweight and unbreakable as titanium and at the same time as hard and scratch-resistant as ceramic. The use of these two materials also makes it more suitable for those who are looking for hypoallergenic cases. 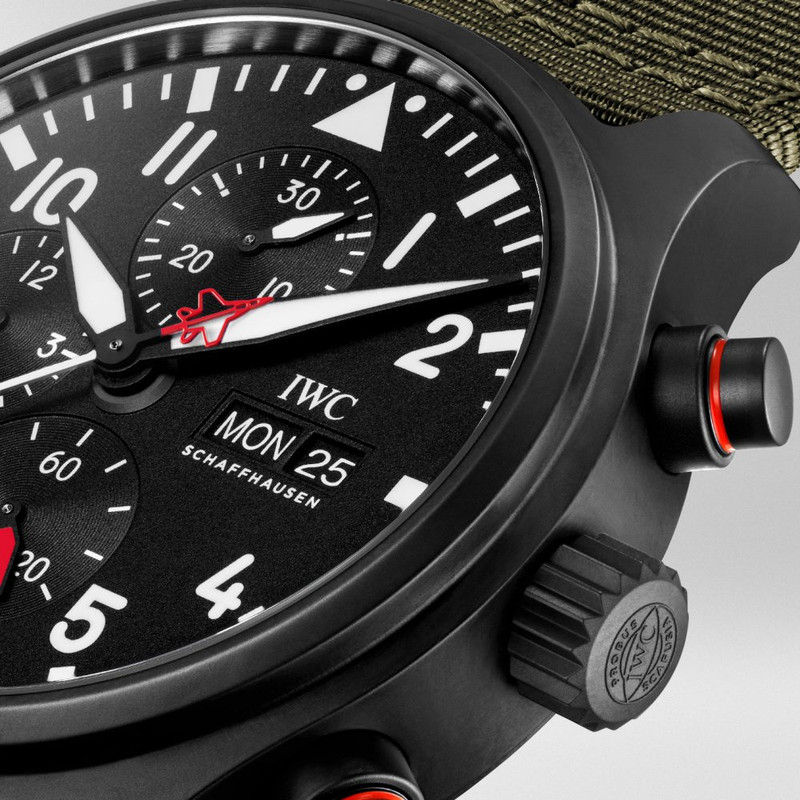 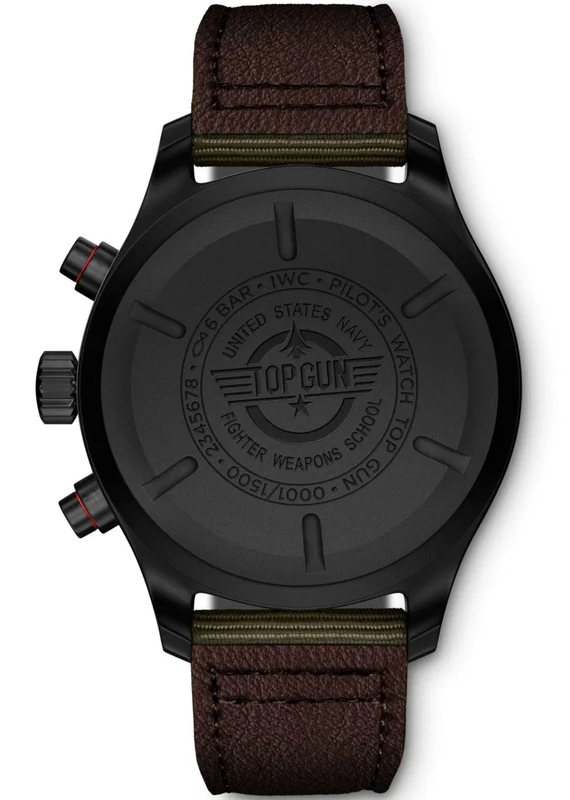 Inside is the reliable automatic IWC Calibre 69380 with a column wheel chronograph which has been in other Pilot’s Watch Chronograph models. It beats at 28,800 VPH and has a power reserve of 48 hours.

This is a pilot’s watch and not a diver, so water resistance is 60m, but there is a screw-down crown.