Today we are looking at another new ‘mixed metal/ material’ release, following on from Panerai’s new model which combines their proprietary Goldtech™ and Carbotech™.

As the name points out, this new Seamaster dive watch combines titanium with tantalum and Omega’s Sedna™ Gold.

Titanium is of course familiar, but perhaps Tantalum is less so. A hard, shiny silvery metal that is highly corrosion-resistant, it was discovered in 1802 by Anders Ekeberg at Uppsala University, and its name is derived from the Greek mythological figure Tantalus.

The son of Zeus and Pluto, Tantalus was the king of Sipylus. His enduring ‘fame’, as it were, is said to have been the punishment meted out to him as a consequence of his crimes. These were that he had revealed to mortals secrets he had learned amongst the gods, that he had furthermore stolen nectar and ambrosia (the food of the gods) and given them to mortals, and most dramatically, that he had offended the gods by killing his son Pelops and serving him to them at a banquet as a test to see if they would notice what they were eating.

His punishment, as determined by Zeus, was that he was to be forever hungry and thirsty in Hades, by being condemned to stand up to his neck in water but unable to drink it, and to never be able to reach the fruits of a tree above his head to eat them – hence the word ‘tantalise’.

Tantalum made its first appearance in a Seamaster in 1993.

The third material in this new watch is one with which we are already familiar. Launched in 2913, Sedna™ gold is Omega’s rose gold alloy which combines gold, copper, and palladium. Here, we find it used on the bezel, the date window, and rings of the chronograph function’s sub dials, the plate on the side of the case with the watch’s number, crown/ pushers, and the bracelet, which combines all three materials. The bracelet includes their patented extendable foldover rack-and-pusher with extra diver extension. 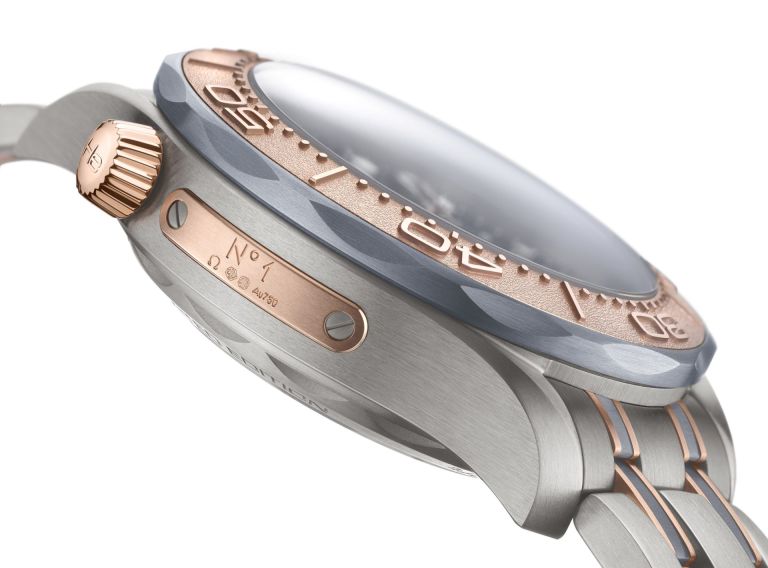 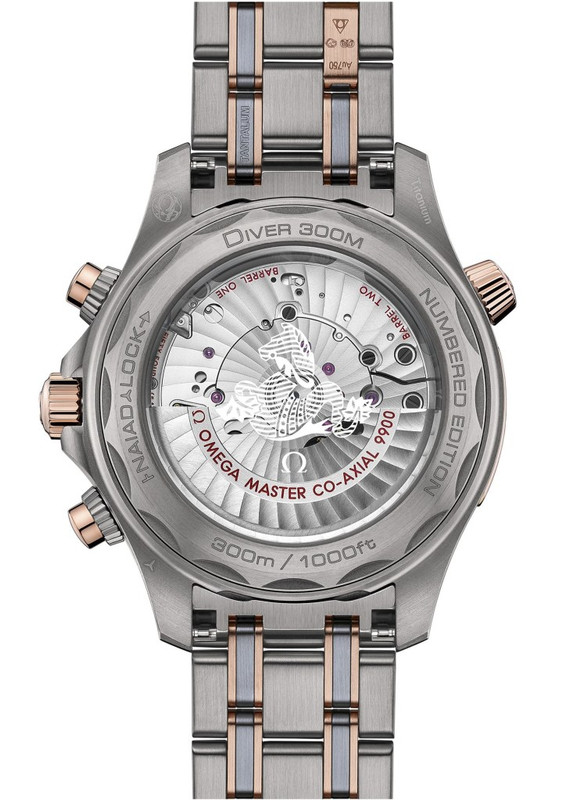 The case is 44mm with a water resistance of 300m. It has a domed sapphire crystal, screw-down crown, and helium escape valve. Through the open case back can be seen the automatic Co-Axial Master Chronometer Calibre 9900 with a column wheel chronograph and power reserve of sixty hours. It is certified by the Swiss Federal Institute of Metrology (METAS), and resistant to 15,000 gauss. The Omega seahorse is laser-engraved and white lacquered onto the sapphire crystal. 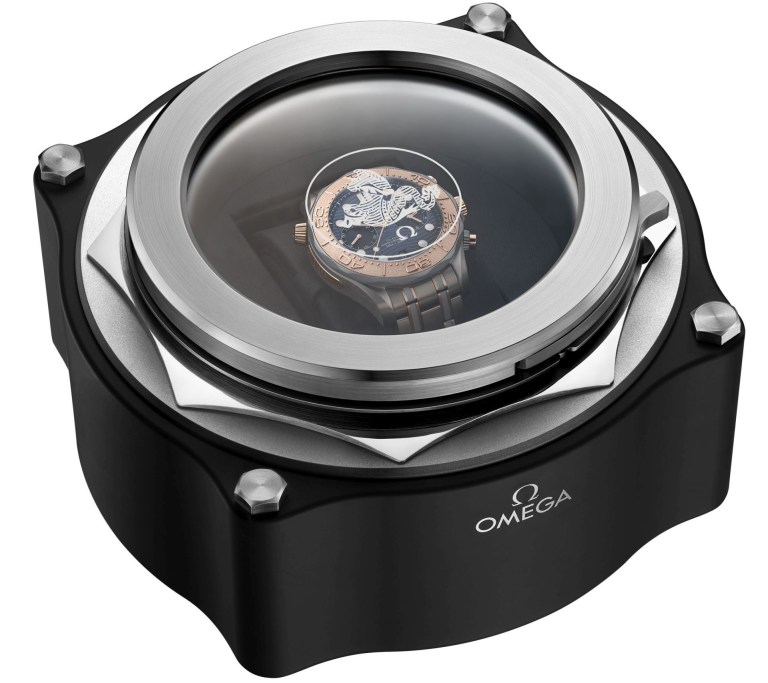 Coming in a box designed to look like a water-resistant chamber, the Seamaster Diver 300M Chronograph Titanium Tantalum Sedna™ Gold model will be available in stores from November 2020. The retail price is reported to be somewhere around the EUR 17,500 mark but check closer to the date.