We have already mentioned that this year the town of this town Glashütte is celebrating 175 years of watchmaking, the date based on when Ferdinand Adolph Lange established his watchmaking business there in 1845.

In 1920 Helwig invented the ‘flying tourbillon’. Unlike Breguet’s tourbillon which features upper and lower bridges, flying tourbillons are mounted differently to the traditional tourbillon, characterised by being cantilevered, secured to the plate on one side rather than being supported on both sides of the movement.

It is now the centenary of Helwig’s invention, and Glashütte Original is marking the occasion with the limited edition (twenty-five pieces) Alfred Helwig Tourbillon 1920. 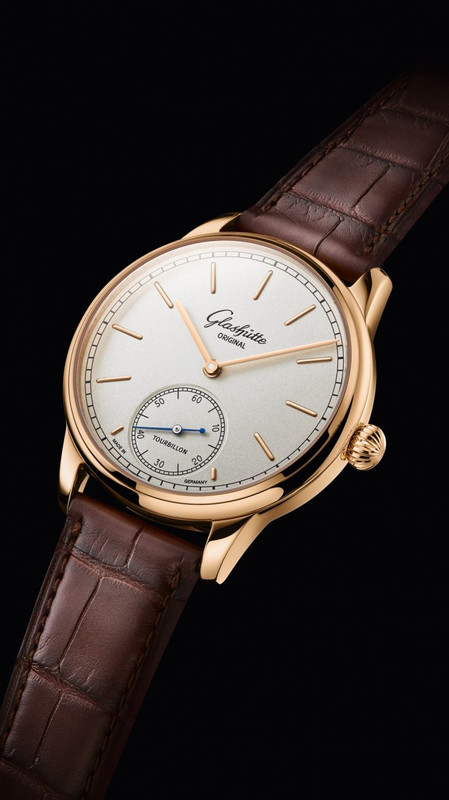 Coming in a 40mm sized rose gold case with a thickness of 10.6mm, this is pure elegant dress watch territory, with this new model featuring a flying tourbillon visible only from the back, the dial, which is solid gold with a silver-plated finish. Simple and classic. There is a railroad chapter ring, baton hands in rose gold, and a seconds display at 6 o’clock. The ‘Tourbillon’ inscription here as an indication of what lies beneath is perhaps the one thing that might divide people – those who think it’s a nice hint versus those whose liking for a discreet tourbillon visible only from the back extends to not mentioning its presence on the dial. 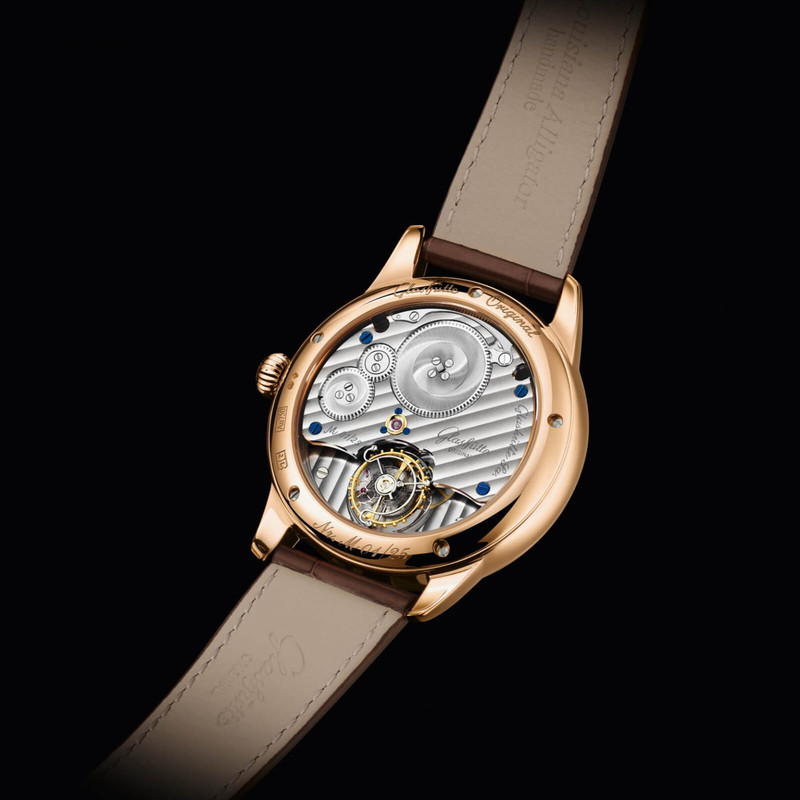 The new Alfred Helwig Tourbillon 1920 is powered by the manually-wound Calibre 54-01, which beats at 28,800 VPH and has a power reserve of 100 hours. You can see it through the open case back including, of course, the tourbillon. The movement features include sunburst finishing on the spring barrel cover, Glashütte stripes on the three-quarter plate, blued screws, and screw-mounted gold chatons.

Coming on a brown Louisiana alligator strap with a pin buckle, the new Glashütte Original Alfred Helwig Tourbillon 1920 Limited Edition has an RRP of EUR 116,970 (including taxes)/ approx AUD 183,000. 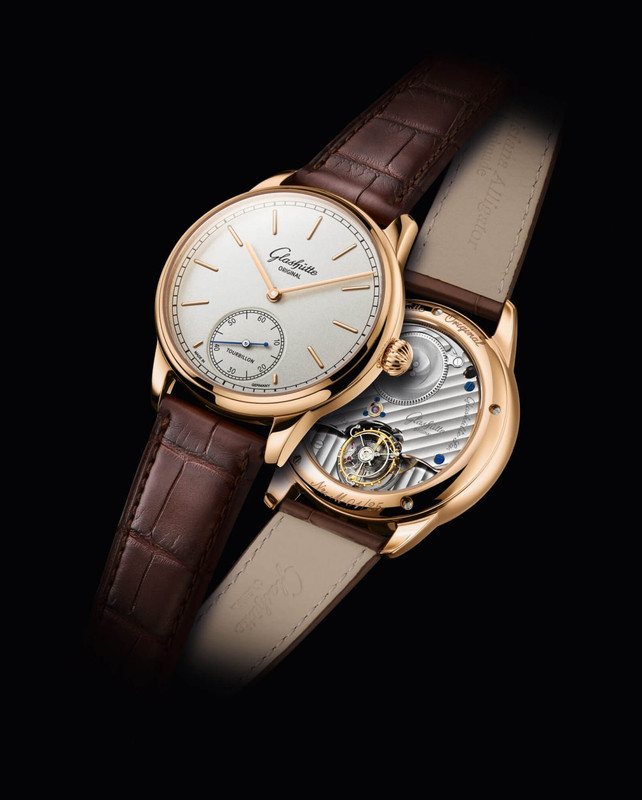 This is not the only tourbillon named after Helwig we have covered; in 2017 we wrote about the Senator Senator Tourbillon Edition Alfred Helwig, which had the tourbillon on the dial side, a big date, and was powered by the Calibre 94-03.

If you visit the town, a trip to the German Watch Museum (Deutsches Uhrenmuseum) Glashütte (est. 2008) in the original building of the German Watchmaking School is well worth your while. It is also the site of the school (est. 2002) that bears Helwig’s name.