The horological tour de force that was Gérald Genta (1931 – 2011) was responsible for some of the most influential and significant watch designs produced in the modern history of wristwatches. That some of them, and variants based on them, were in production for decades or indeed are still in production, is proof enough of their enduring popularity, not to mention the strength of the designs. The brand he started in 1969 was sold to Hour Glass Ltd in 1999, which in turn sold it to Bvlgari in 2000 (i.e. the LVMH Group since 2011).

His most well known designs are probably the Omega Constellation (1959), Audemars Piguet Royal Oak (1970), Patek Philippe Nautilus (1976), Bvlgari-Bvlgari (1977), and the IWC Ingénieur (1976), but the Polarouter/ Polerouter, designed by Genta in his early twenties, released in 1954 and still desirable today, was his first major contribution to what would be a lifetime of noteworthy watches.

In 1973 he developed the first Grande Sonnerie three hammer pocket watch and his first perpetual calendar, but it wasn’t until 1994, after half a decade of work on it, that he would launch his Grand Sonnerie wristwatch. It featured a minute repeater, Westminster chimes, perpetual calendar, and dual power reserve display.

As well as the more traditional pieces, Genta also became known for his Disney watches. In the 1980s, Genta obtained a license from the Walt Disney Co. to design limited editions under the ‘Fantasy’ collection name, featuring key characters such as Mickey/ Minnie Mouse, and Donald Duck.

In 1996, Gérald Genta developed what was the origins of today’s piece, and what remains a design associated with his name – retrograde and bi-retrograde movements. The latter was putting jumping hour and retrograde minutes in the same movement for the first time, along with a date.

The first Mickey Mouse watches were the product of a partnership between Walt Disney and Ingersoll, with the first sold at the Chicago World Fair in June 1933 for US$3.25. The first of millions for the commercial behemoth and its watch partner. This Fantasy Sailor was produced in a limited edition of 150 pieces.

These next two are a red and green Arena biretro (that was the spelling at the time) in a 45mm sized case and the Gefica Biretro Safari from 2007, featuring a case in bronze and titanium. The original Gefica Safari (1984) was the first wristwatch featuring bronze, and named as such because of the names of the three hunters (Geoffroy, Fissore and Canali) who requested it.

As mentioned, in 2000 the Gérald Genta brand was acquired by Bvlgari. Last year was the 50th anniversary of the Gérald Genta brand, and Bvlgari marked this with a platinum limited edition watch. The Ref. 103191 50th Anniversary Arena Bi-retro featured the classic combination of jumping hours, retrograde minutes and date in a 41mm case with a blue lacquered dial and matching alligator strap.

Now, as a follow-up, they have launched the new Gérald Genta Arena Bi-Retro Sport with a brushed titanium case in a bigger size (43mm with a thickness of 12mm) and with a black anthracite dial with yellow accents. 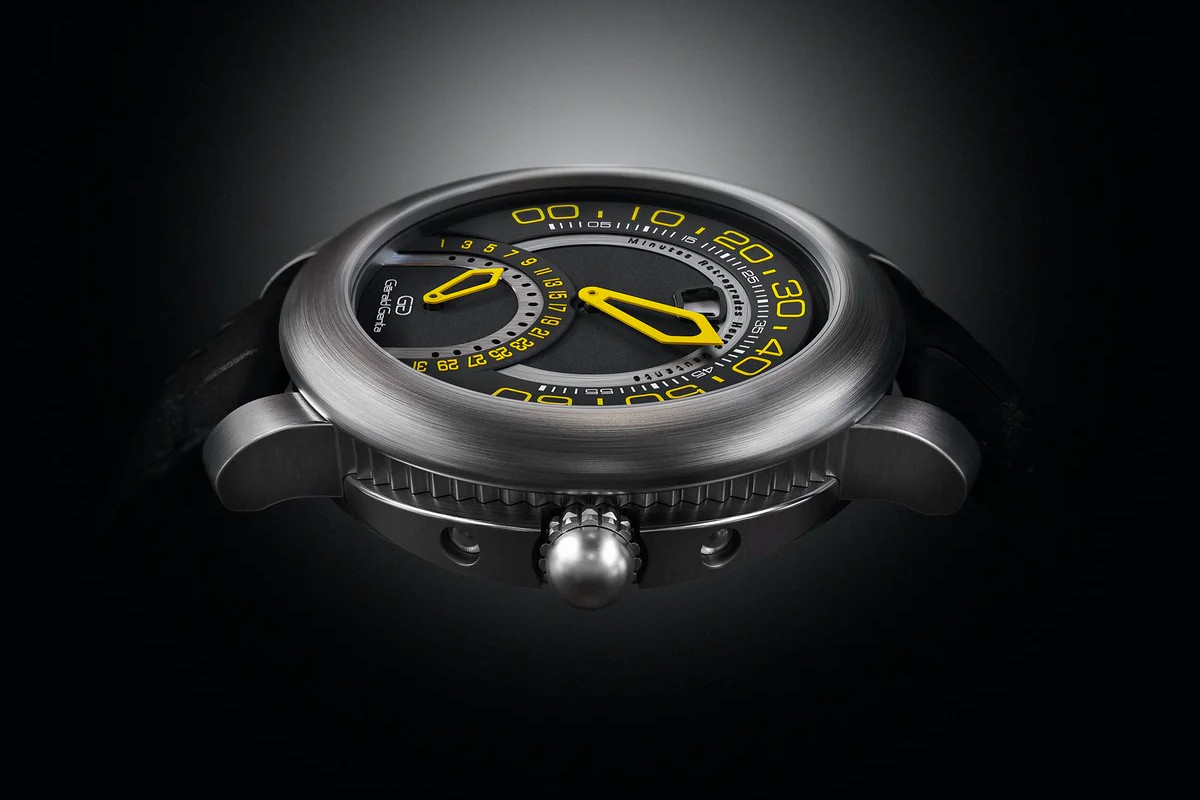 It is more accessible than last year’s model not just because it is no longer limited edition, but also because it is in a more price-friendly material. The larger and more boxy numerals, the bigger indicators, and the use of yellow make it more casual, matching its name, and like a dashboard gauge. It is a fun piece with which to reinvigorate the Genta brand name and introduce his bi-retrograde to new audiences. 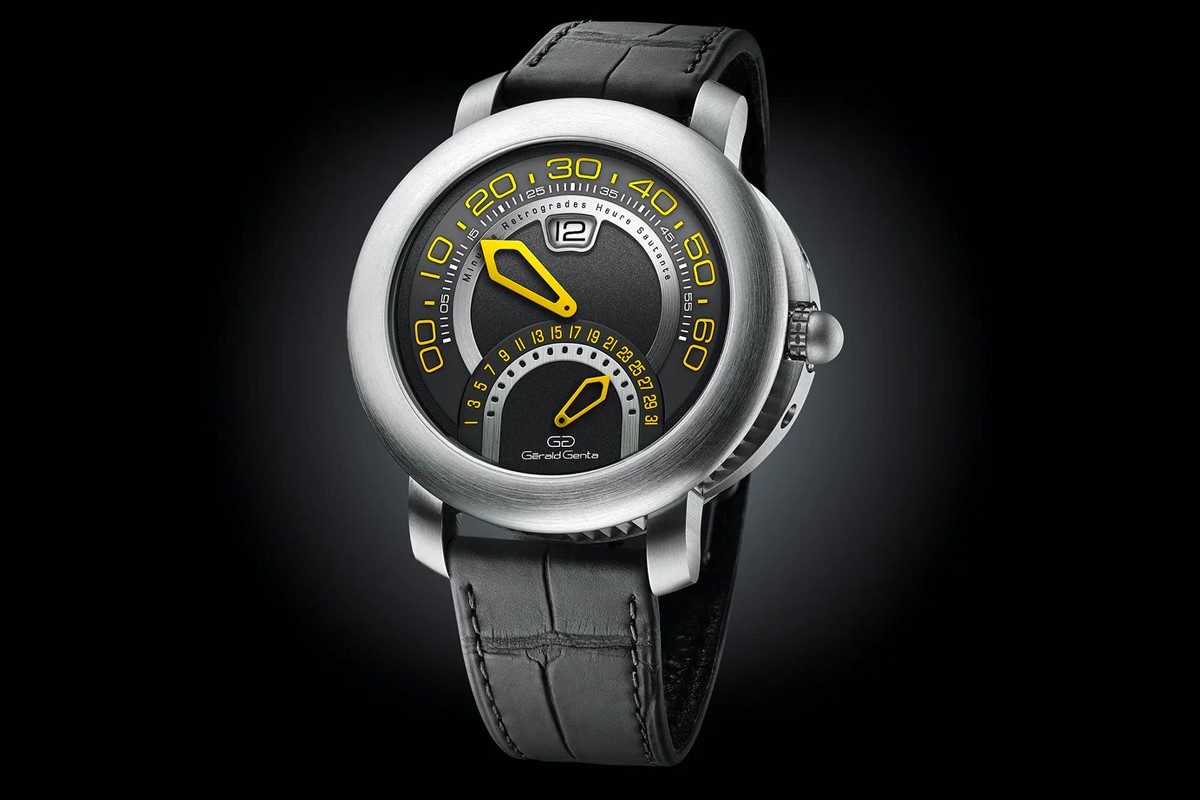 With a water resistance of 100m, it comes on a matching matte black alligator strap and has an RRP of EUR 15,000.

For those interested, there is actually an official site and Heritage Association run by Evelyne Genta dedicated to her late husband, at this link.