Do things come in threes?

Humans look for patterns (‘apophenia’, coined by Klaus Conrad, is the tendency to see connections and meaningful links between unrelated things). As as a creative device, the number three has long been a popular one, and I don’t just mean The Three Musketeers or Three Coins in a Fountain.

The new TriPod from MB&F has a lot of threes associated with it. A clock suspended between three insect-inspired legs, it is the second in a trilogy/ trinity following the T-Rex of ‘Robocreatures’ clocks. It has three ‘eyes’ and three levels for the movement. There are also three partners associated with its creation. Alongside MB&F there is long time Friend L’Épée 1839. The third is designer Maximilian Maertens of Studio Maertens, who did an internship at MB&F during which the genesis of the idea was born.

A major influence on Maertens for this clock was Jurassic Park (1993) and the prehistoric mosquito caught in amber, but the direct inspiration was small insects called water striders (Family: Gerridae aka ‘pond skaters’ or ‘water skippers’). As the name indicates, they walk on water, by using surface tension.

Water acts differently at its surface. Molecules are attracted to each other. This attraction creates tension and a delicate membrane. It is on this membrane that water striders walk. Their legs are naturally buoyant (they have microscopic hairs that repel water and capture air), and because they are long, slender and flexible, they can distribute and support their body weight without sinking so they can use the high surface tension of water to their advantage.

Their bodies are have ‘piles’ of microscopic hairs (more than one thousand hairs per sq mm) that create a hydrophobic surface called ‘hydrofuge’, which means that they basically don’t get wet and which helps them keep above the water’s surface. If they accidentally become submerged these hairs trap air, with the air bubbles making the insect buoyant again.

Water striders have three pairs of legs. The front legs are much shorter and for grabbing prey. The middle legs are for propulsion (like paddles for rowing). The back legs are the longest, and the legs that help them stop and steer. 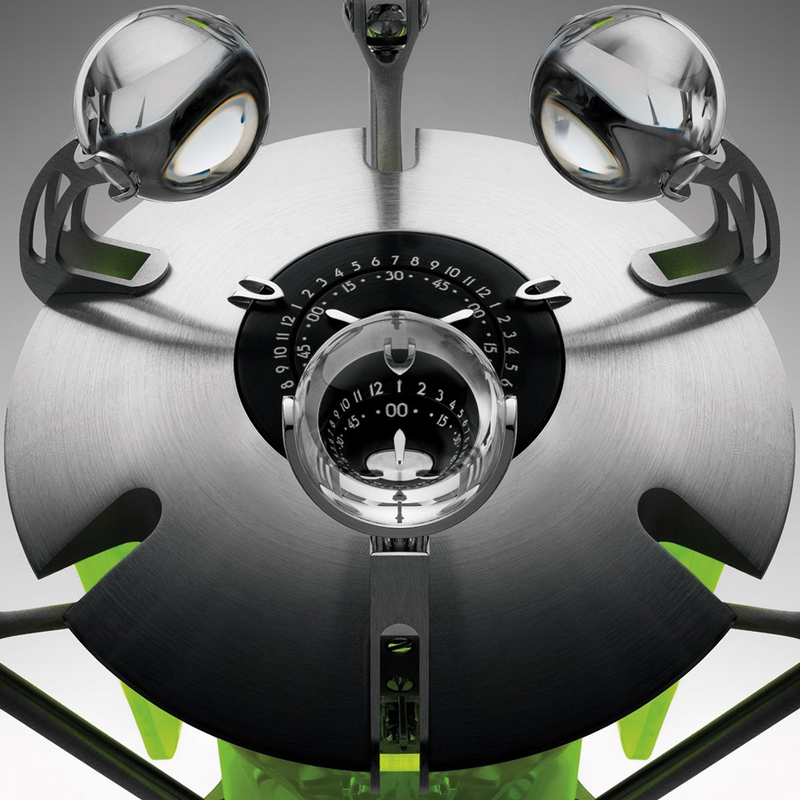 TriPod features three thin legs supporting its body, with three optical mineral glass spheres representing insect eyes through which the hours and minutes, on two concentric dials, are magnified and can be viewed. The dials make one full rotation in thirty-six hours. Why thirty-six? To allow all three of the ‘eyes’ to show the time from any angle at any time, the dial has three sets of the numerals 1-12, meaning that the dial completes a full rotation in thirty six rather than twelve. 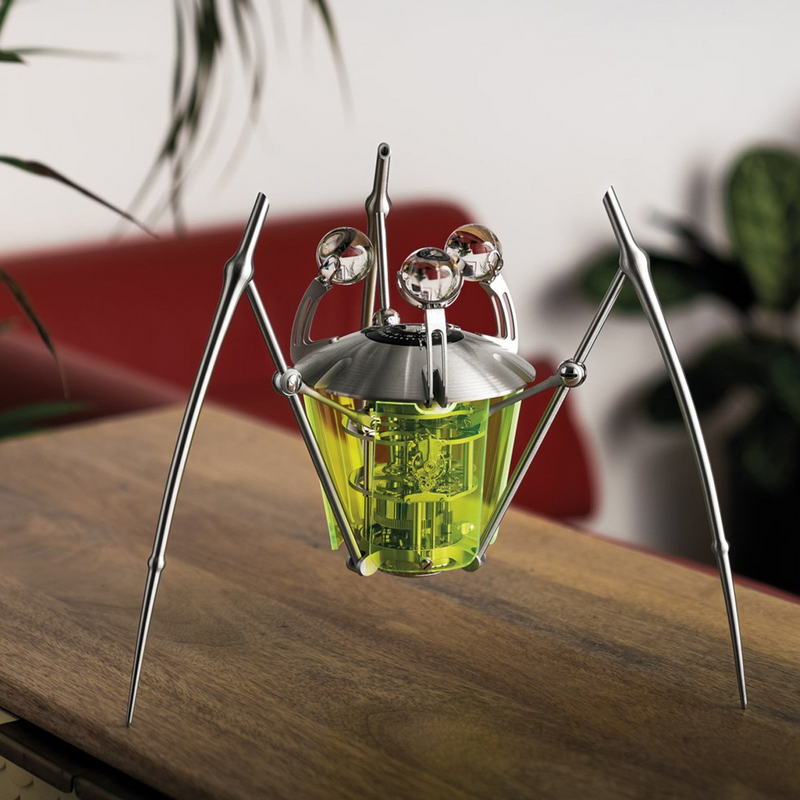 The movement behind the clock is of course by L’Épée 1839. It has 182 components and is on three levels. The vertical balance is 18,000 VPH, and when fully wound (by key, as is the time setting), power reserve is eight days.

The TriPod’s body is plated brass and the colour, fluorescent acrylic shields. It has 95 components, weighs approximately 2.8kg, and is 26cm high with a diametre of 30cm. 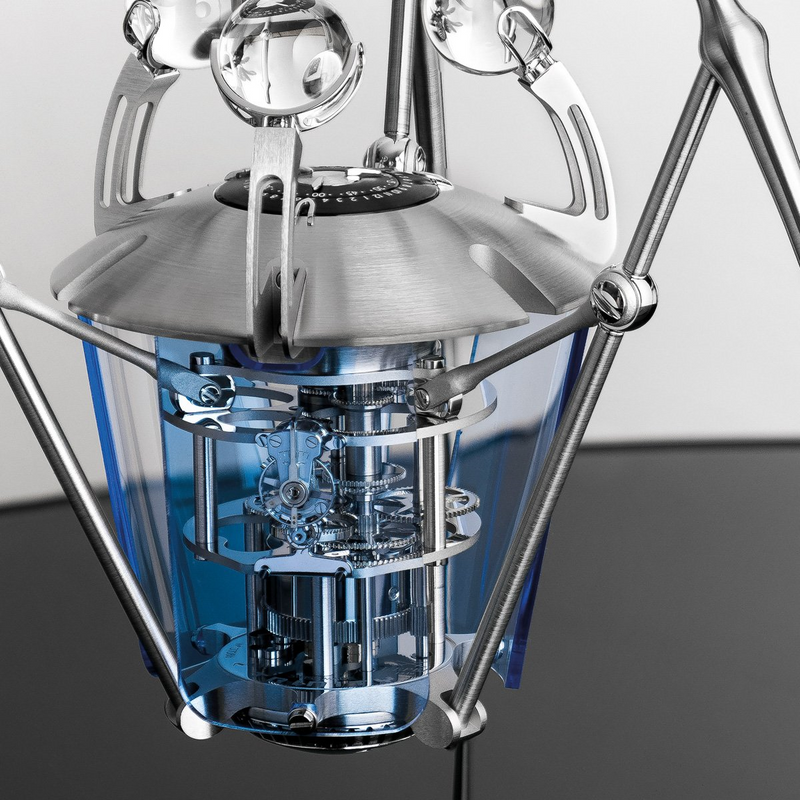 It comes in limited editions of fifty pieces each in yes you guessed it, three colours – neon green, neon blue, and neon red. Considerably more (over 1,700 species) of gerrids are known, but new ones are still being identified.

The RRP is CHF 24,500 and for those who are not near an authorised dealer, it is also available directly from them at this link.