For a number of years now, the official custodians of the Moomin legacy have celebrated ‘Moomin’s Day’ on the 9th of August, the date chosen because it is the birthday of writer and illustrator Tove Jansson. Her Moominvalley works are one of Finland’s most well-known cultural exports and form a part of many people’s childhoods, including my own. Their enduring popularity is as such that even as recently as last year there was a new animated series based on the books.

In 1945 Söderström & Co published the first Moomin story – ‘The Moomins and the Great Flood’ – in Swedish. Jansson was a Swedish-speaking Finn. The two main official languages of Finland are Finnish and Swedish, although there are also several official minority languages.

This year marks seventy-five years since the first book was published, and amongst the various celebrations and commemorations comes a new limited edition watch from Stepan Sarpaneva. This is not the first Moomin-themed piece from him. The S.U.F Helsinki x Watch Enthusiasts Finland Mörkö-Myrsky limited edition of fifty pieces in 2017 sold out in one minute and 36 seconds. 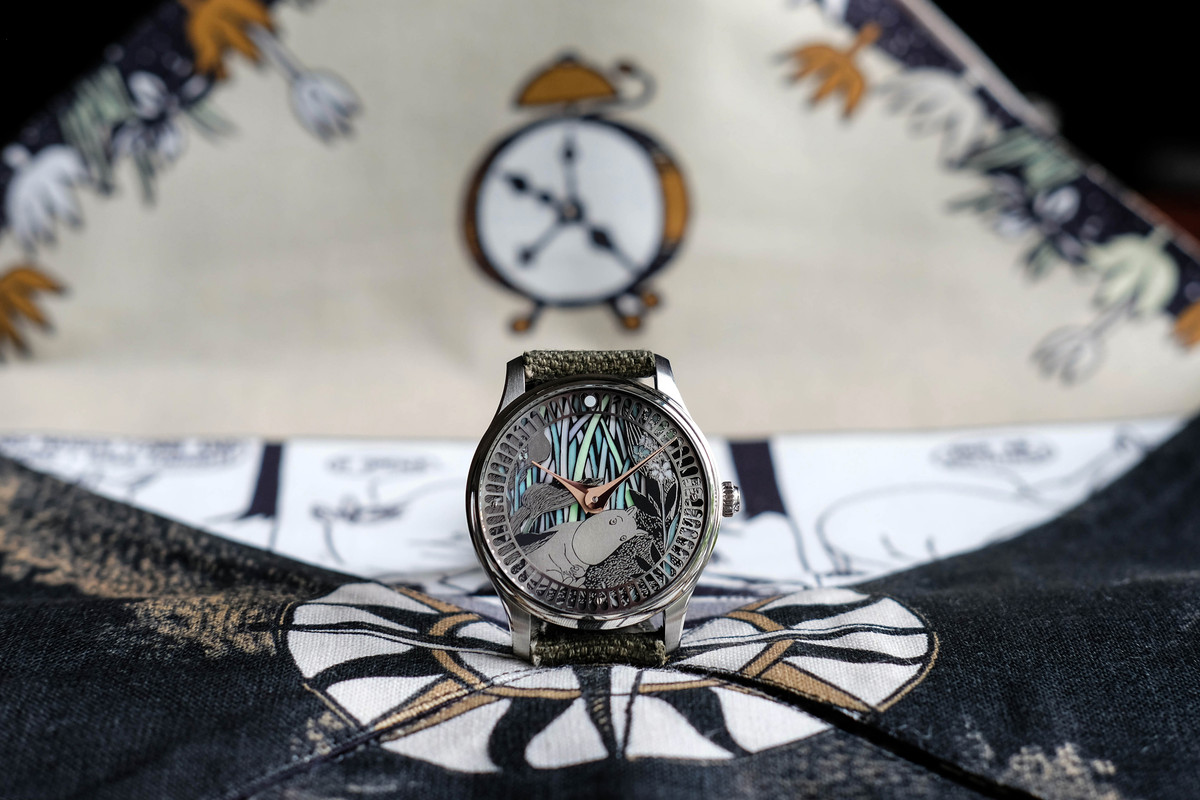 The Sarpaneva x Moomin is in a 38.7mm-sized case (8.9mm thick), making it in many people’s ‘sweet spot’ when it comes to watch sizes, and accessible for a wide range of wrists. Behind the case back is the familiar Soprod A10 movement that beats at 28,800 VPH and has a power reserve of 42 hours.

The dial is three parts and skeletonised, the latter giving life and some added dimensionality to Moomintroll. As Stepan likes to say, ‘more is more!’, and in this watch the ‘more’ comes in the form of more Super-LumiNova. In fact there are eight colours in various combinations, hand-applied onto a three-part skeletonised steel dial. 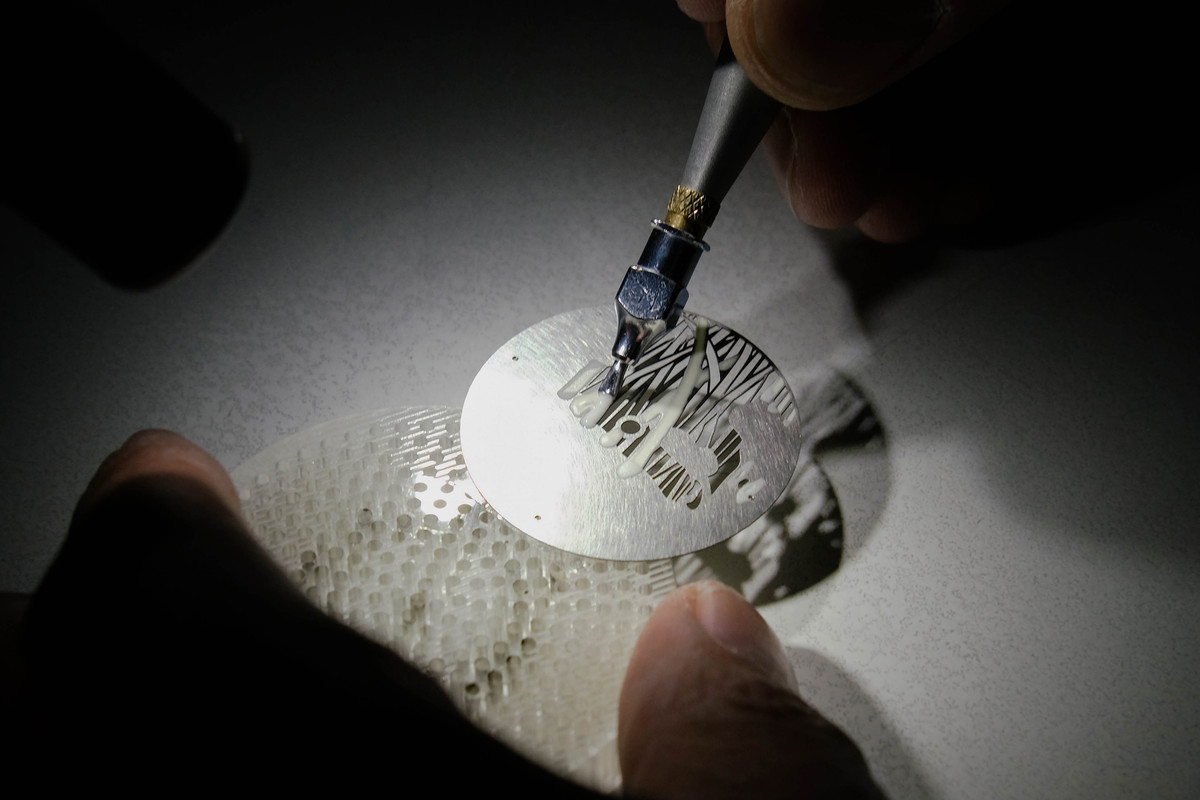 The depiction that was chosen is based on Tove Jansson’s illustration of Moomintroll dreaming. Originally in black and white, he has given it some colour in a way that gives it a very Sarpaneva night time touch.

For those who want/ need a bit of the Sarpaneva moon, it still appears in the form of his logo, engraved on the closed case back. 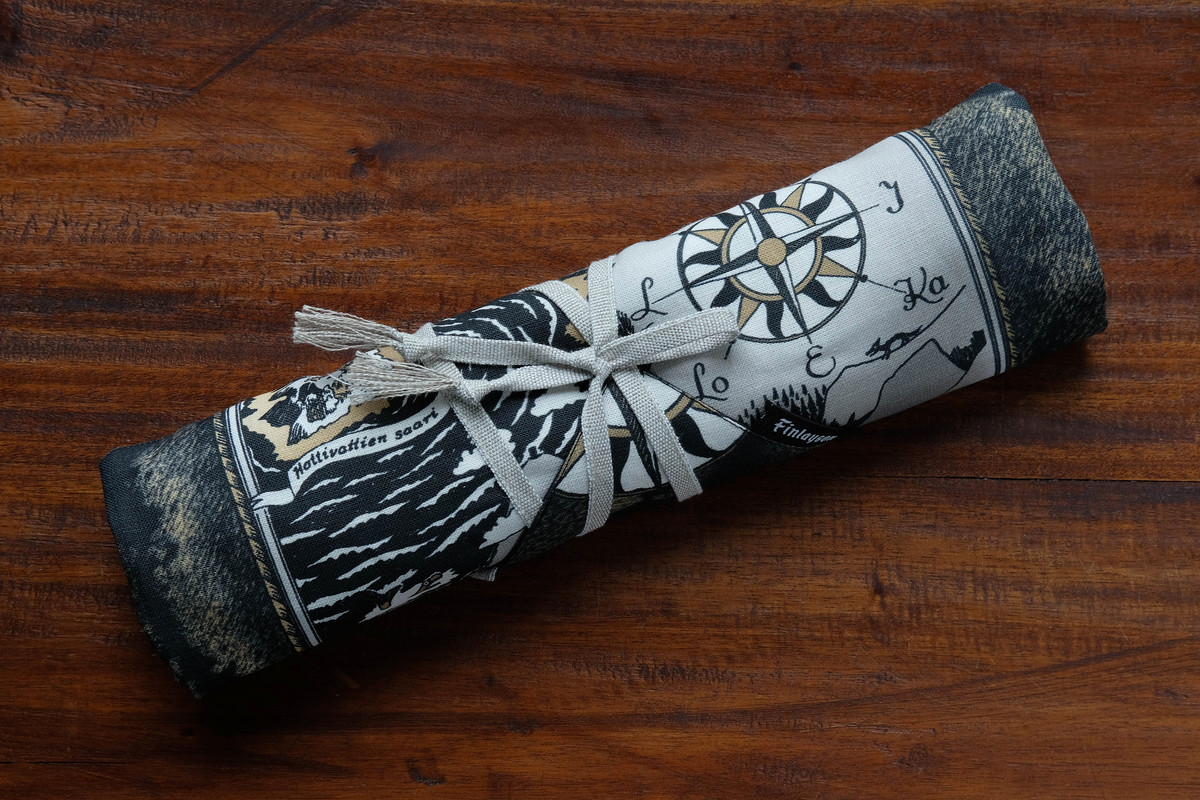 The Sarpaneva x Moomin has a water resistance of 100m (suitable for boating adventures) and comes on a canvas ‘Grassbay’ strap. The ‘box’ is a wrap made by Finnish company Finlayson which, in a Moominesque touch, is called a treasure roll. 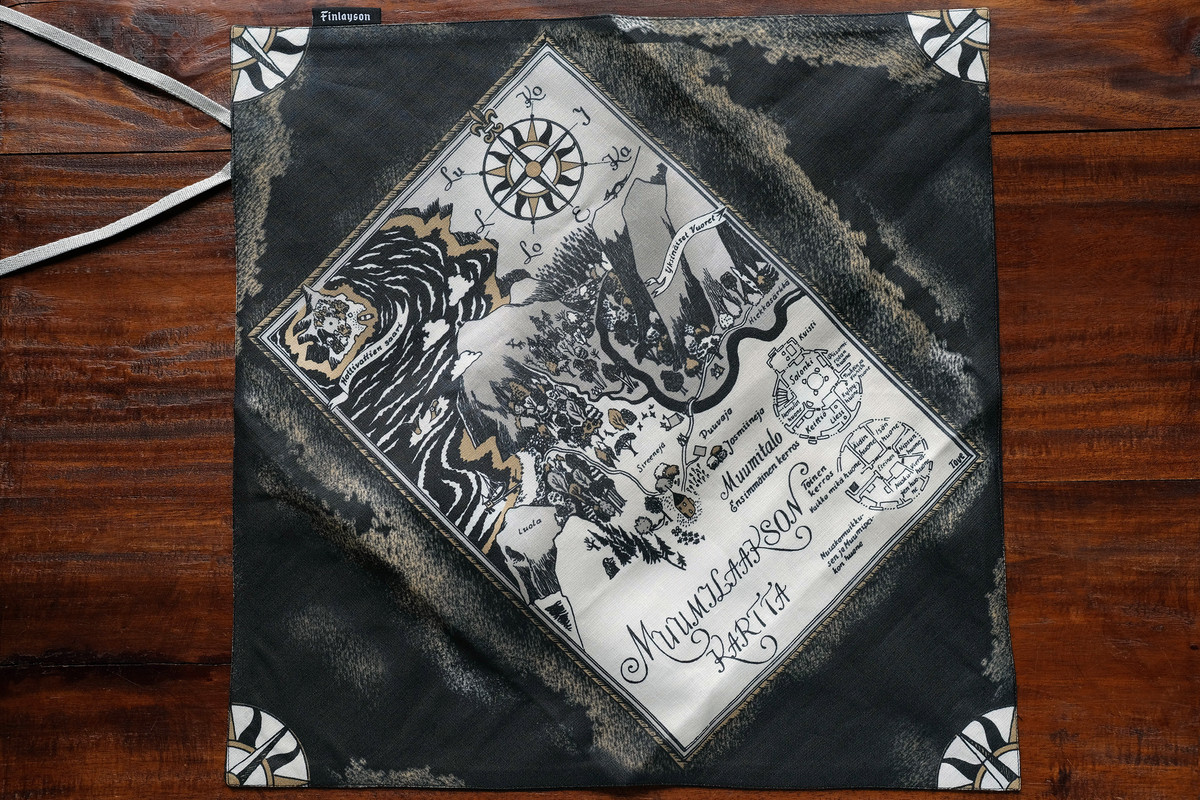 On the outer side is a combination of a map of Moominvalley, the house of Moomintroll, and other significant locations from the books, with ‘TOVE’ in the corner. 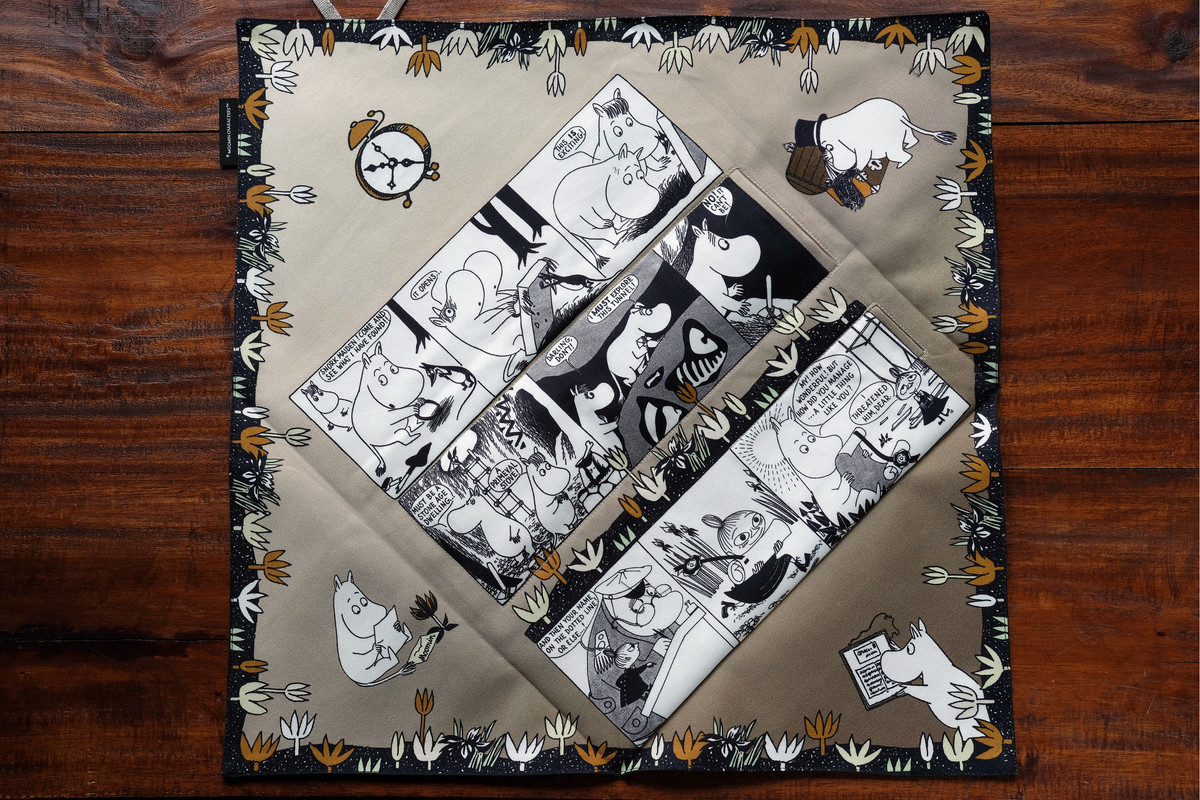 The inside, rather cleverly, has two of the three comic strips as watch and strap pockets. There is also a small ‘timekeeping touch’. 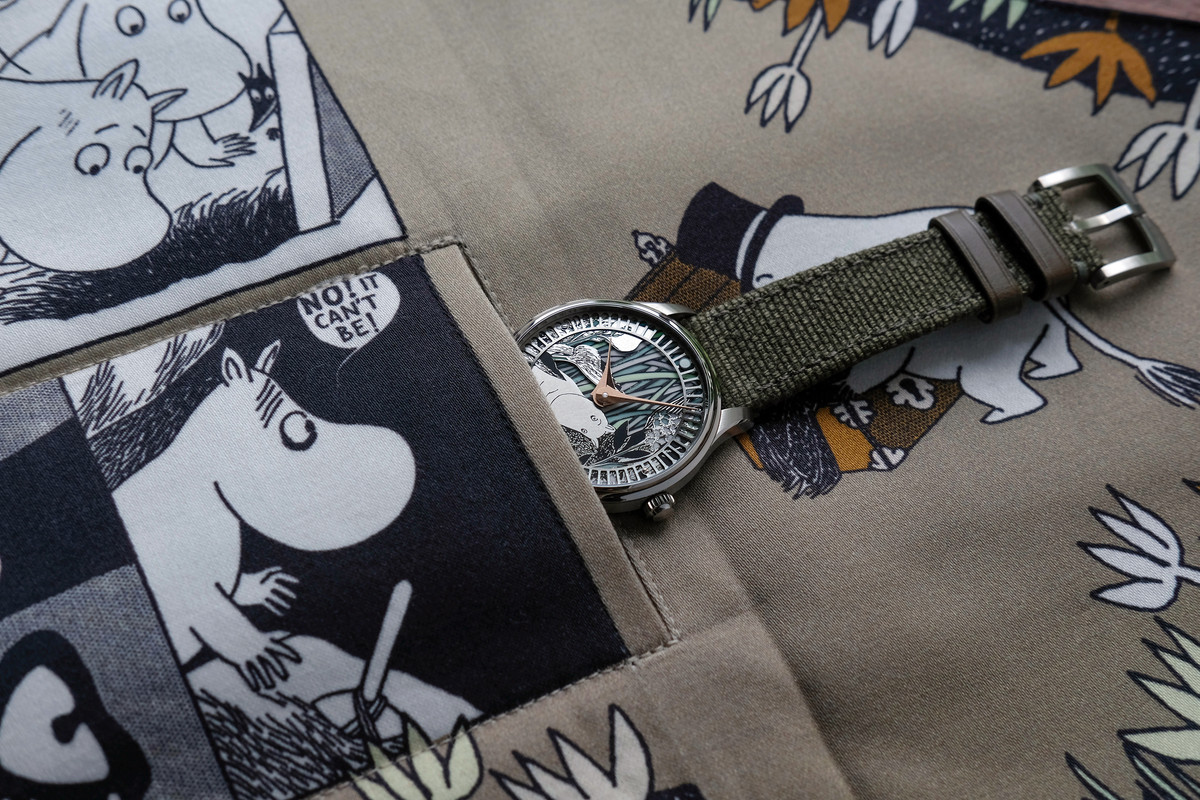 There are, of course, a total of seventy-five pieces (three different hands with twenty-five of each) to mark seventy-five years of the Moomins, and the price is EUR 6,200 including taxes and EUR 5,000 excluding taxes (outside the EU). Hit this link to get one and this one for Sarpaneva Watches. 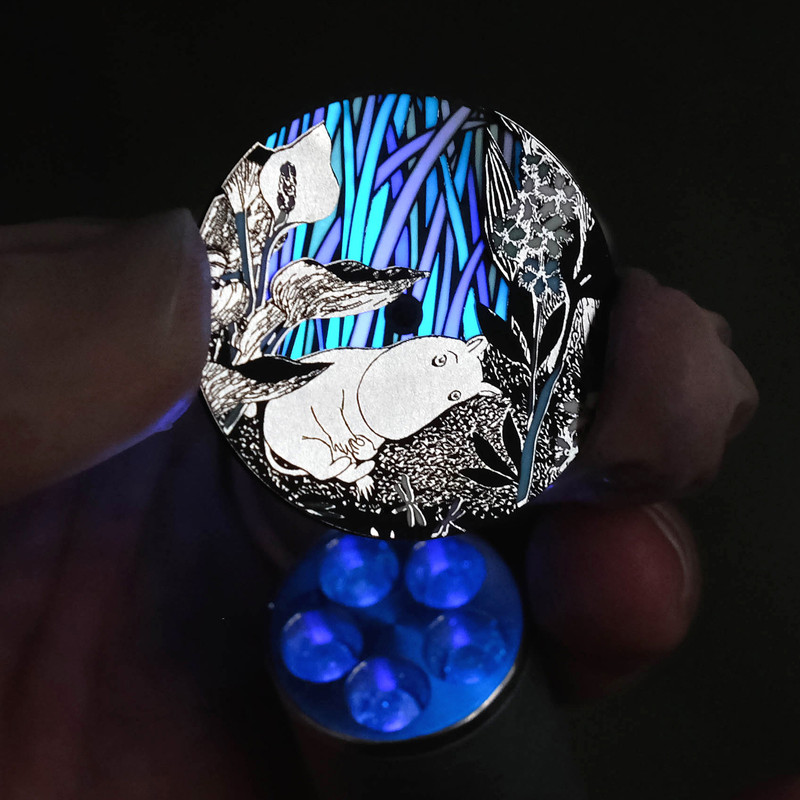 For those who like a bit of whimsy, you can do a ‘personality test’ on the official website to see which Moominvalley character is your spirit animal. 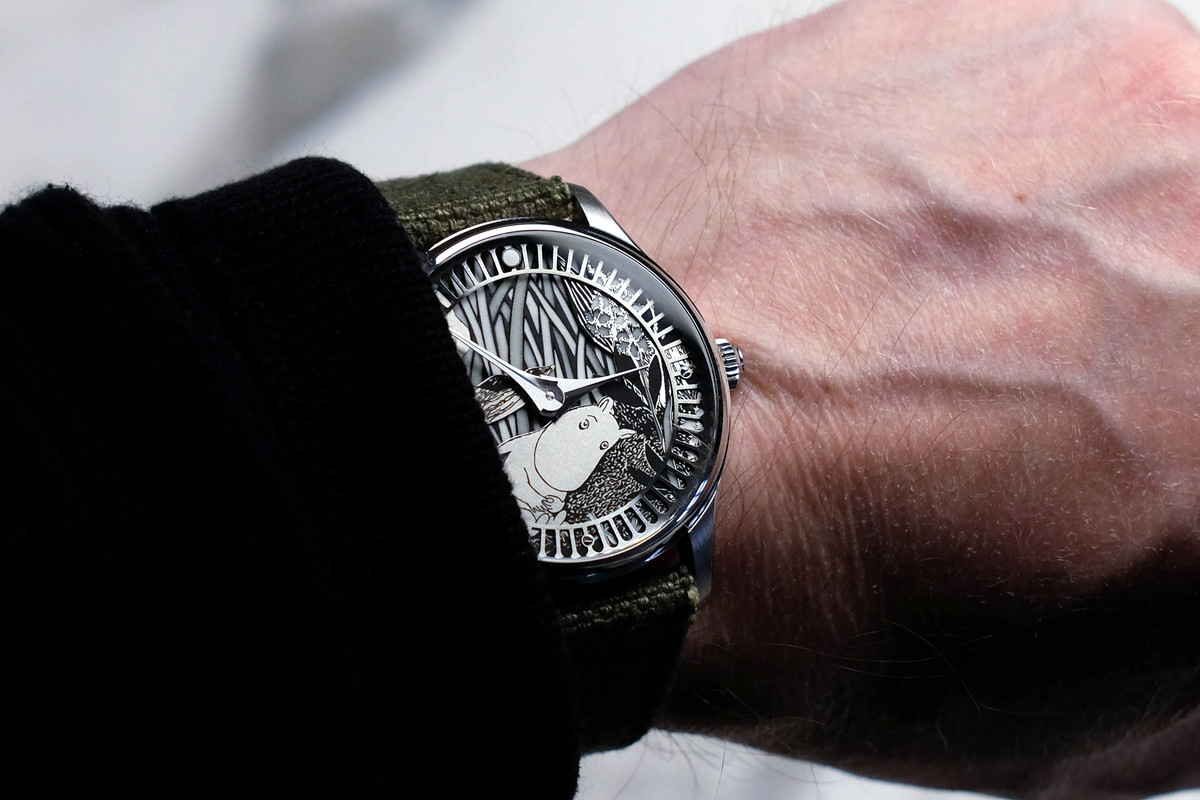 In keeping with a theme of two recent posts about new releases that have been related to marine and water conservation, as part of the 2020 commemorations Moomin Characters Oy Ltd. have launched the #OURSEA campaign in collaboration with the John Nurminen Foundation to help raise funds to save the Baltic Sea’s marine life.

Jansson’s Moomin success lead in a rather unexpected direction – in November 1960 she was asked by Astrid Lindgren (yes that Astrid Lindgren) and publishing house Rabén & Sjögren to illustrate the second Swedish edition of The Hobbit (1962). Her illustrations were also used in a number of subsequent Finnish editions, including as recently as 2017. You can read more about how this came about at this link.