NEW: Accutron launches as a brand with new Electrostatic movement

At Baselworld 2019 the Citizen Watch Group and Bulova, which it purchased in 2008, debuted the Electrostatic Accutron Concept. Featuring familiar parts of the original Accutron, it used new-to-wristwatches technology to generate power.

Now, in an acknowledgment of how much the Accutron has meant to the history of Bulova and the strength of the Accutron name, to mark 60 years since its debut Citizen have launched it as it as a standalone brand. Last year’s concept is now a reality, in the form of debut models Spaceview 2020 and Accutron DNA. This is a markedly different move to its ‘archive series’ which saw a re-issue of the almost as famed Computron last year, but taps into similar nostalgia.

That it is an updated version of a classic also means that it has something in common with Bulova’s 2016 re-release of their moon watch chronograph, which used the brand’s UHF (Ultra High Frequency) quartz technology. How they came to have a watch on a moon walk is actually quite interesting, as was their subsequent ten year relationship with NASA, for whom they provided the Accutron tuning fork technology for satellite technology. They were part of 46 missions of the U.S. Space Program.

The product of Bulova engineer Max Hetzel after almost a decade of R&D, the original Accutron watches used a then-revolutionary 360 Hz tuning fork instead of a balance wheel, the tuning fork powering an electronic oscillator. The vibration came from a current provided by a battery, and the frequency of the tuning fork’s vibration was what regulated the watch. The oscillation rate of this new technology was nearly 150 times faster than that of a traditional mechanical watch. The audible hum from the tuning fork was one of its notable features, along with the green circuit board dial side of the original models, and crown on its rear. It was not just the most accurate wristwatch on the market at the time but also the first commercially successful electronic watch. In fact the name derived from “Accuracy through Electronic”. Production ceased in 1977, but the early models remain collectable and desirable.

The new Accutron is no longer about the tuning fork but is still focused on innovation and doing something technologically different, with the first electrostatic-powered watch movement.

Electrostatics is the study of stationary electric charges. These new watches are powered by electrostatic energy generated in a familiar way. The energy is created by twin turbines (discs) that spin rapidly as a result of motion (from when the watch is on your wrist). This energy is stored in a cell that powers a large motor responsible for the sweep seconds hand (which moves smoothly like its Accutron predecessor). Two smaller motors, propelled by a rotor, charge the power cell, the integrated circuit, and thus the hour and minute hands. Both motors are synchronised through the integrated circuits and have an accuracy of +/- 5 seconds per month. 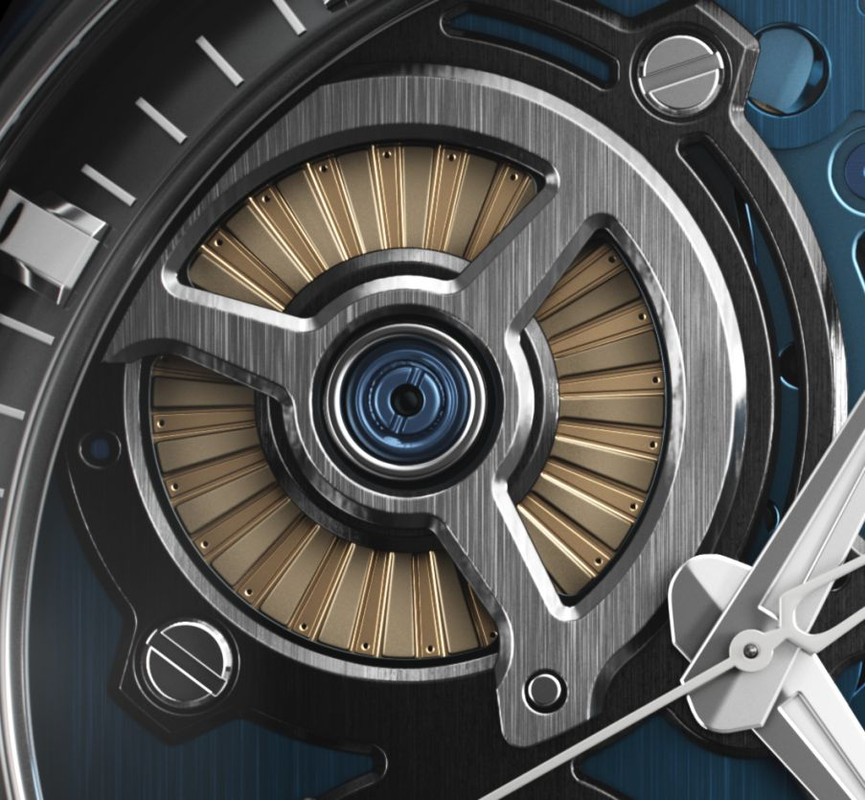 A charge of approximately one day’s worth of operation is generated if the watch is worn whilst walking about 6,000 steps. There is a power saving function that means that the seconds hand automatically stops at 12 o’clock after five minutes of insufficient charge. According to Accutron, to stop the power saving mode the wearer raises and swings their arm in a long chopping motion for 3-5 seconds until the hand reactivates. 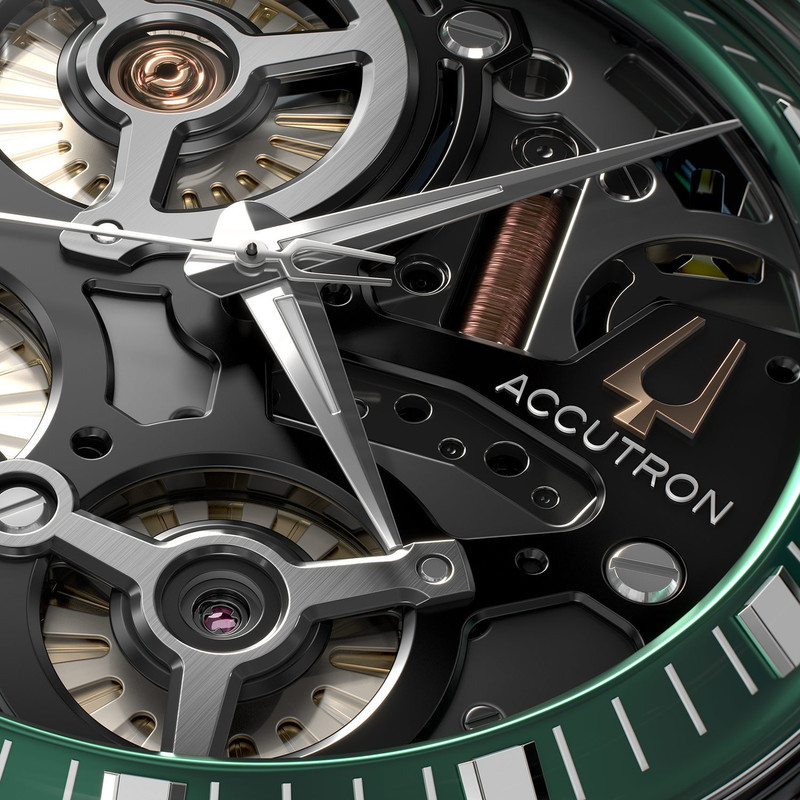 How do you set the time? When the second hand points to 12 o’clock, pull the crown out. All hands will stop, and the time can be set. When the crown is pushed back into the normal position, the hands will start moving again.

As the name of the new Spaceview 2020 indicates, it is an homage to the original watch of the same name, keeping the open face of the dial so that the new movement can be seen, and keeping the classic green.

The 2ES6A001 has a grey open-worked dial with green accents and transparent outer ring. The hour and minute hands are white and the seconds hand, orange. It has an RRP of USD 3,450. Next up is the 2ES6A002 LTD, a 300 piece limited edition which comes with the book ‘Accutron, From the Space Age to the Digital Age’ and has an RRP of USD 4,000. Its open-worked dial is framed by a green outer ring with lumed markers. It also has white hour and minute hands and an orange second hand. The final new Spaceview 2020 is the 2ES7A001, a 60 piece limited edition in 18k gold which will retail for USD 19,600. It has a silver-grey open-worked dial with light green lumed markers, gilt hour and minute hands, and an orange seconds hand.

As mentioned, there is a second launch collection called Accutron DNA, with has three debut models. You can probably make some guesses based on this name. It keeps the core parts but has some changes, including colour, block-shaped markers, a domed sapphire crystal, strap (integrated rubber on a deployant), and size (45.1mm with a thickness of 15.6mm).

Their new website is at this link, at which you can find further details about this new brand(ing) and the watches. They will be available from October 2020 and at present, are only listed on their website as having a selected number of authorised dealers, but this should expand.