The LAB 02 is the second LAB piece, the first of which we reported about in this post. They are both part of this (limited edition) collection which so far, shows a focus on highlighting the movement. But whereas the LAB 01 was tonneau-shaped, this new model is round, in a 45mm case with a thickness of 13.45mm. The planning for this watch clearly goes back to when the first LAB piece was launched, as Corum say that this new LAB 02’s movement was the result of two years R&D based on a single question: “What if the movement doesn’t have bridges?” 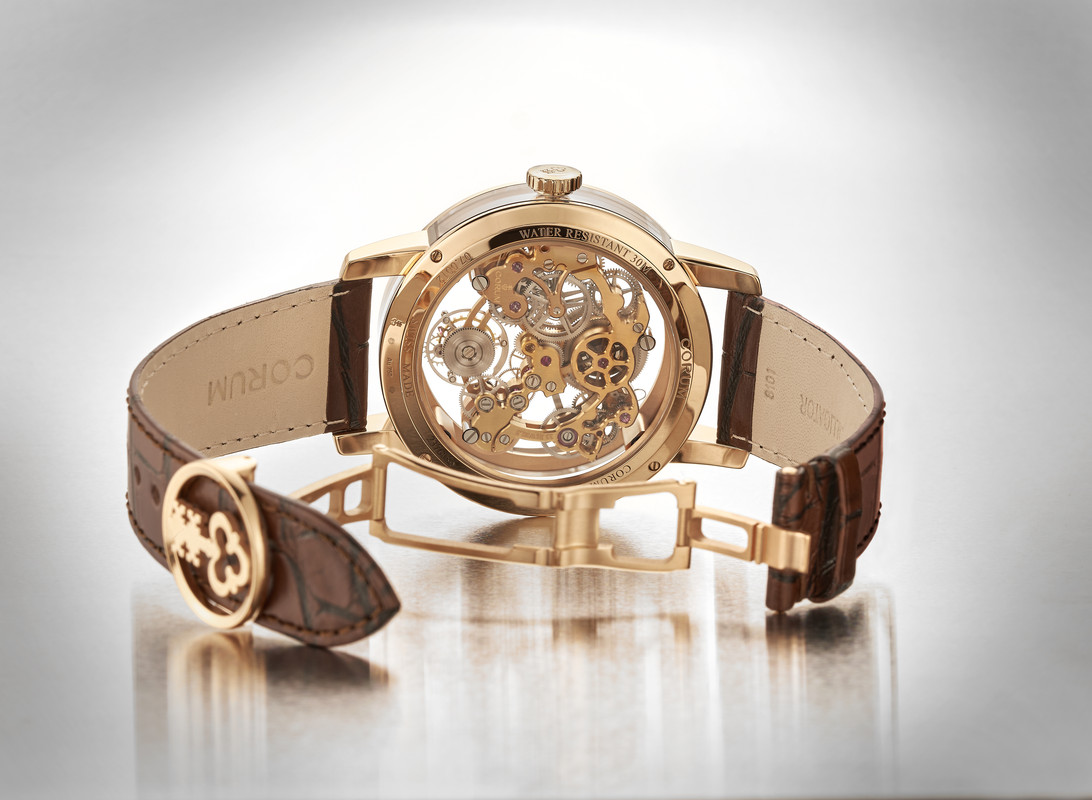 Well the answer is the new skeletonised Calibre CO 300. With 416 components, the flying tourbillon is situated at 6 o’clock with flying wheels that track the hours, minutes and seconds, and the bridge set directly onto the mainplate. The Corum LAB02 required a much longer axis for the gear train, and, without having a top bridge, needed ball bearings instead of rubies on the mainplate to add strength and stability. This new movement is manually wound, beating at 21,600 VPH and with a power reserve of 55 hours. The indicator for this at 8 o’clock, with a date function at 4 o’clock to balance the dial. In these launch photos provided by Corum, the baton-shaped hour and minute hands are rhodium-coated, but the ones for the white gold model are blued. 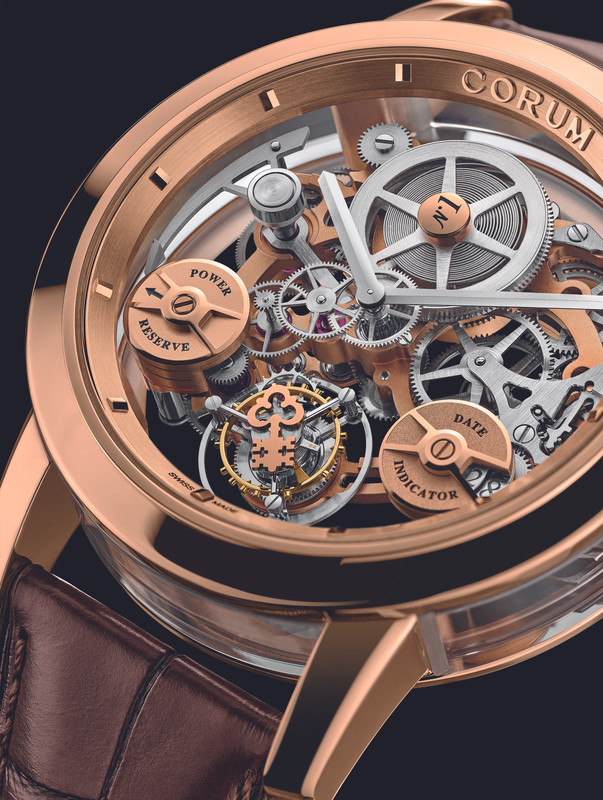 With the LAB 02 available in either 5N 18 kt rose gold or 18 kt white gold, and with or without diamonds (Corum do mention the possibility of alternate stones and choice of setting) on the bezel. They come on either a black or brown alligator strap with a triple folding clasp in the matching metal. Part of me wonders how this might have looked had the LAB 02 followed in the footsteps of the Lab 01 in terms of using modern case materials – it had a Grade 5 titanium black DLC case. The starting price in gold without diamonds is CHF 180,000, and it is limited to ten pieces for each reference.