Last year Laurent Ferrier, a brand best known for an at times creative take on classical watches and the quality of its finishing, released their first luxury sports watch. The Grand Sport Tourbillon was released in 2019 for quite specific and personal reasons – to commemorate the 1979 running of the 24 Hours of Le Mans at which Laurent Ferrier and brand co-founder François Servanin placed third overall, ten years since the founding of the Laurent Ferrier brand, and the brand’s first tourbillon in 2009.

It is in light of these reasons that the choice of a luxury tourbillon sports watch to mark these events, makes sense. That it featured a tourbillon visible at the back, a Classic Tourbillon feature and hallmark of the brand, was probably also a given. The Grand Sport Tourbillon uses the same movement – the manually wound in-house Calibre LF-619.01, beating at 21,600 VPH and with a power reserve of 80 hours.

Now, one year later, they have launched their second limited edition Grand Sport Tourbillon. In a 44mm stainless steel case like the launch piece, this is the brand’s first model with an integrated stainless steel bracelet (last year’s was a rubber strap), and is water resistant to 100m. It is satin-brushed on the sides and has a polished bezel. The crown guards of the onion-styled crown are subtle and melt into the lines of the case. 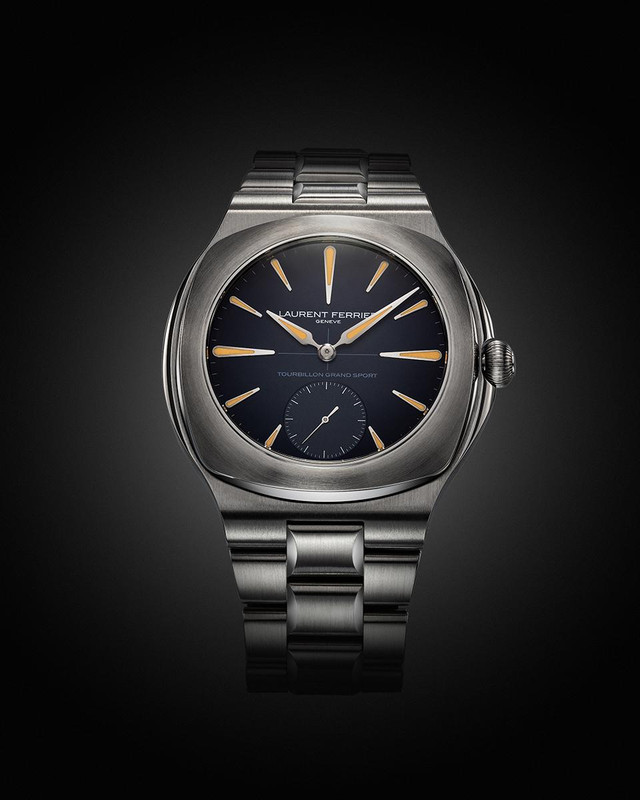 The love of motor sports is on equal par with that of watches for Laurent Ferrier, who worked in the car industry in between his two periods at Patek Philippe, at which he spent decades. It is important to remember this, because comparisons have been and will inevitably be made between Grand Sport and other luxury sports watches, especially with this new integrated bracelet.

During the 1970s to 1980s Laurent Ferrier competed in the 24 Hours of Le Mans seven times with François Servanin, including winning the two-litre prototype category in 1977. As mentioned, in 1979 they came third in the overall ranking, and as a celebratory gift, Ferrier gave François Servanin a Nautilus by his them employer.

With his history and the brand being renowned for its high level of finishing, any bracelet is going to be subject to the same production rigour. The middle row has vertical satin-finished links and the rounded edges of the links are mirror polished.

The case back has a discreet motor sports nod in the form of the design of the four bolts. Visible through the sapphire back, the movement features features a horizontal satin-brushed bridges with ruthenium treatment, and mirror polishing. The tourbillon features horizontal satin brushed bridges with ruthenium treatment and its carriage bridge is decorated by hand. 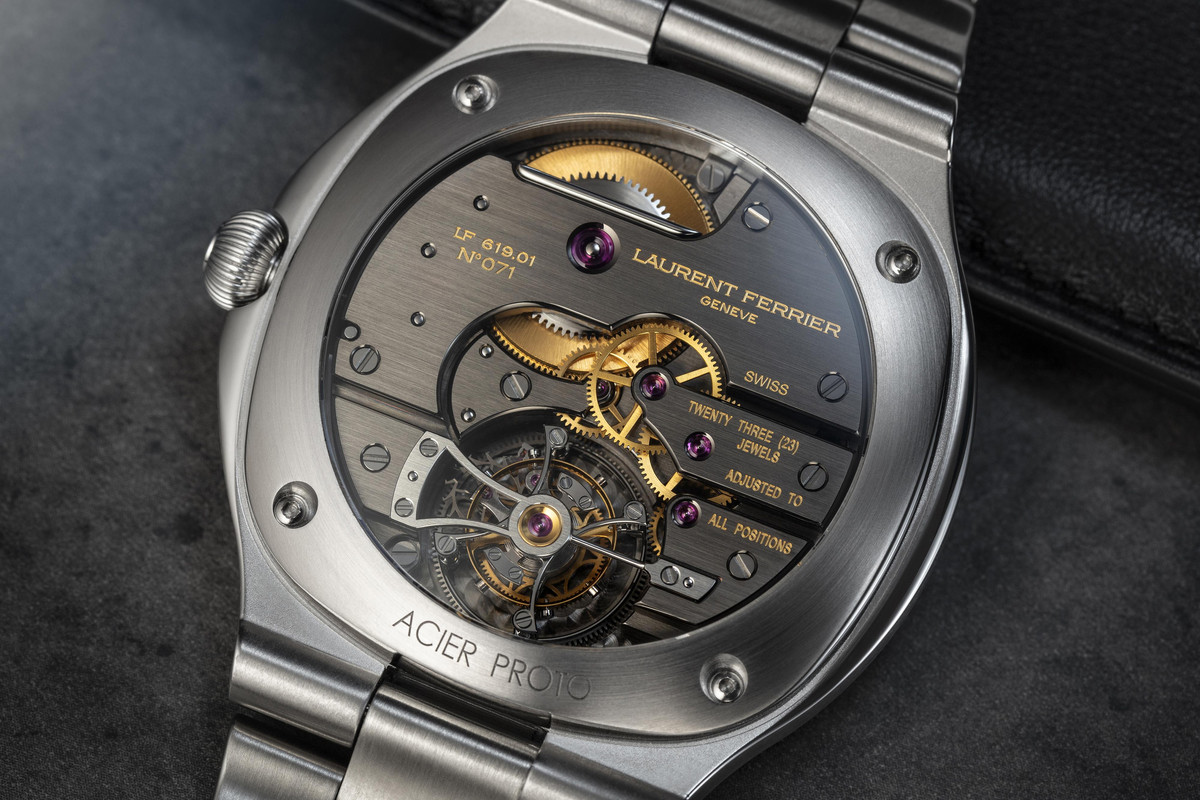 There have been a couple of watches we’ve covered recently sharing this same theme but articulating it differently – that of a dial whose colour subtly shifts from the main part of the dial to its circumference. In the case of the new Grand Sport Tourbillon, Laurent Ferrier say that dial is dark blue opaline at its centre and black at its outer, although the official photos make it look pretty close to black. The launch model had a brown opaline gradient dial. The hands are the familiar ‘Assegai’ Ferrier ones, and both the hands and indices are 18kt white gold with orange Super-LumiNova. The small seconds at 6 o’clock are on the on the tourbillon frame pivot. 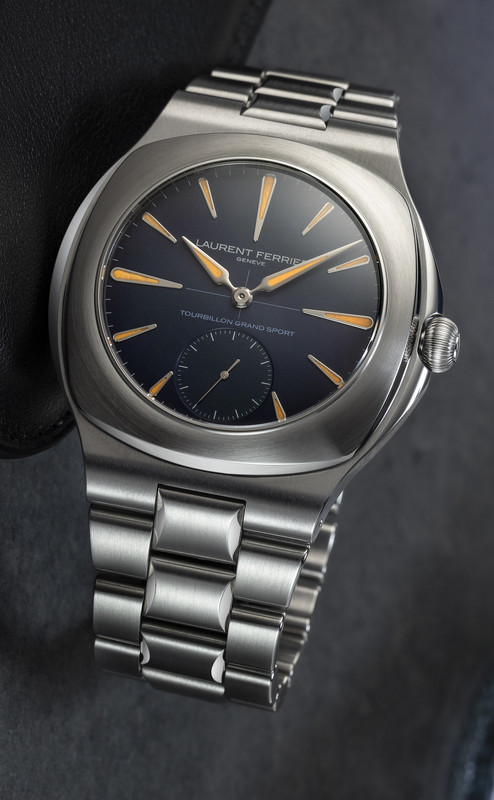 As was the case with the inaugural model last year, this new Laurent Ferrier Grand Sport Tourbillon will be limited to 12 numbered pieces, and the price is 172,000 CHF.