Swiss independent watch brand RJ (previously known as Romain Jerome) have again partnered with Marvel Studios for a new limited edition Spider-Man watch (you may recall the one from last year, this time in the form of the Arraw Spider-Man Tourbillon. Unlike the previous model, this new watch is not mostly focused on spider motif, but it features the brand’s first in-house movement, developed and made at the new RJ Studio in Eysin, on the shores of Lake Geneva. RJ’s first in-house caliber features a central spiderweb-inspired tourbillon cage.

The new manual-wind RJ caliber RJ-7000 has 29 jewels, beats at 21,600VPH and has a power reserve of six days. RJ had wanted a long power reserve, so the large mainspring barrel has to be placed at the centre of the movement to accommodate it The tourbillon cage is directly above the centred barrel and on the same axis. Made from grade 5 titanium, the tourbillon cage, along with its going wheel train, has an open-worked design (in keeping with the spider theme). You will also notice that it is flanked by two Spider-Man mask eye openings that are affixed to the mainplate. 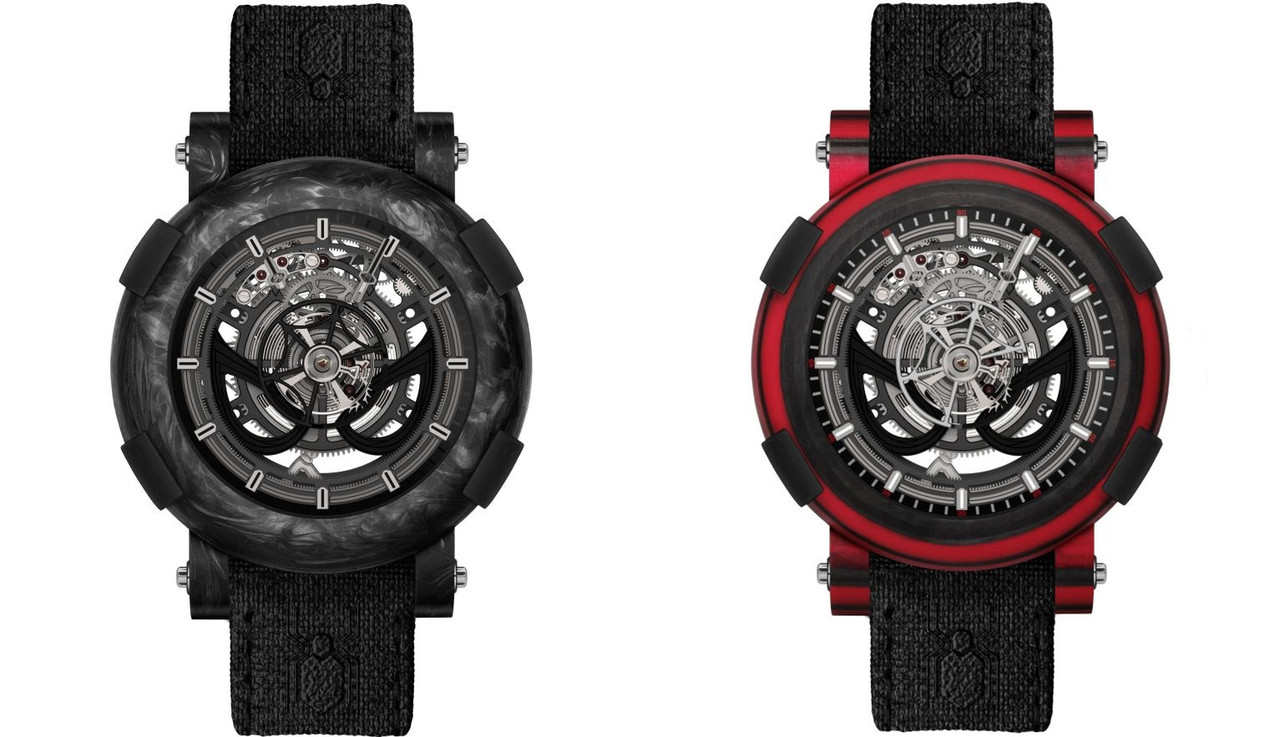 The 45mm sized case (water resistance of 100m) of the new watch has bumpers’ in black rubber, and is available in two materials, both of which are limited to ten pieces each. One case variant is a composite of black carbon and red fibreglass; the other ‘Stealth’ Tourbillon has a carbon case, with gray and anthracite tones. Both have a titanium open case back with engraving, polished letters on a micro-blasted surface, and four sapphire windows.

The hours and minutes are fixed on two ball bearings on a planetary gear system that orbits 360° around the tourbillon to tell the time via black ruthenium satin-brushed hands that are coated with lume (as are the indices). The luminescent material is good for low light visibility, but the hands are otherwise, because of the open-worked dial, not as clear as they could be (it’s just coming on 11:05 in these images). The system is fixed on two wide, high-precision ball bearings for maximum efficiency.

Note that the watch does not have a crown. Instead, you wind it by lifting a (half) ring built into the case back and turning it. To set the time, you must press a concealed push-button tucked under the strap at 6 o’clock on the case whilst turning the ring in either direction. As some of you may know,  this unusual use of a hinged ring tucked into a case back instead of a crown was notably used by Bulova in some early Accutrons. 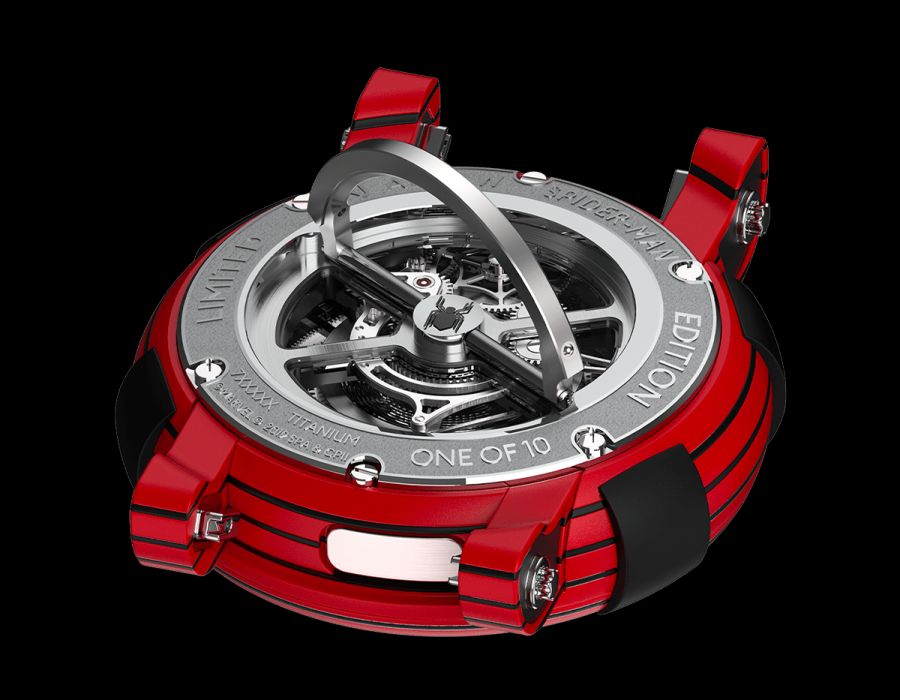 The Arraw Spider-Man Tourbillon comes on an easily interchangeable, black polyamide strap with black rubber inlay on a titanium folding clasp. The strap has a webbed texture like that of Spider-Man’s costume and a logo.

The Arras watch box has been Spidey-fied into a black wood box with RJ bumpers, a Spider-Man web and logo engraved on the lid, and eight spider legs fixed to its sides. Inside, the watch is held in the strands of a steel spiderweb. This part is removable, so you can turn it into a general purpose box.

As was the case with last year’s Spider-Man watch, this is not for everyone, but what is interesting about it regardless of whether you like it or not, is the movement. Not just because this is their first in-house movement, but that it is a central tourbillon, and because of the winding ring. It makes sense that they have chosen a web-themed watch in which to launch this movement but for those who, like me, aren’t the target market for this particular model, what will be worth keeping an eye out for is how they choose to use this movement again in the future.