In July of this year Fratello Watches announced their second Omega #SpeedyTuesday 2 ‘Ultraman’, a tribute to and inspired by, the rare 1967 Speedmaster ‘Ultraman’, of which an unknown number are extant.

The first Speedy Tuesday, which we covered in this post , was inspired by the original 1978 Project Alaska III. This new one is quite different, based on the rare orange seconds hand bedecked Speedmaster that got its nickname from its appearance in the series ‘Ultraman : Return of Ultraman’ and about which you can read at Fratello here. The original ‘Ultraman’ watch predated its television appearance, which wasn’t until 1971.

For those who don’t think that there’s a proportion of Speedmaster enthusiasts who are also Ultraman fans well there is. There are also a number of people who like orange accents on their watches.

For the Speedy Tuesday Ultraman, as well as the presence of the orange seconds hand, they decided to add some extra orange for good measure above the hour markers, the first three minutes of the minute markers on the sub dial (a reference to the actual Ultraman), ‘Tachymètre, and the all important ‘Speedmaster’ logo, which is the applied logo that was used when the original watch was released. Period-specific logo use also extends to the crown. The NATO and leather straps that accompany are black with orange accents. 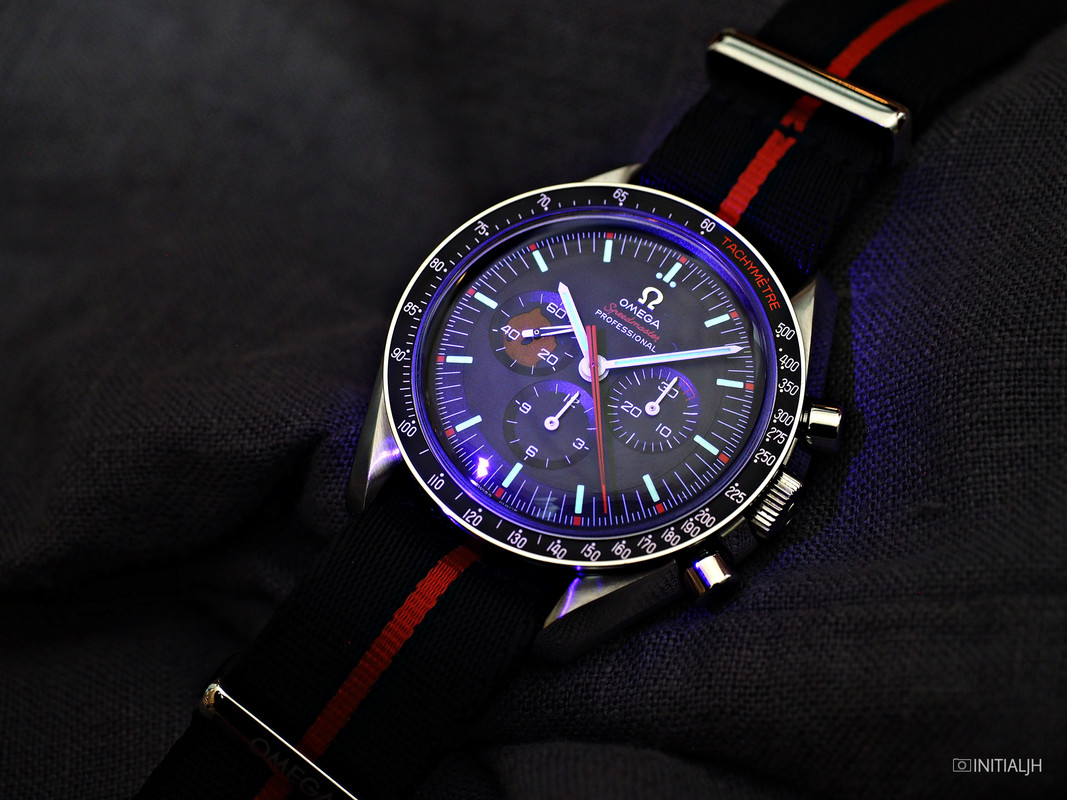 Other details are that the small seconds counter hand is not a simple hand, but a reference to Ultraman’s Beta Capsule. Also, they have decided to use a ‘stepped’ dial to reflect the period of its original. 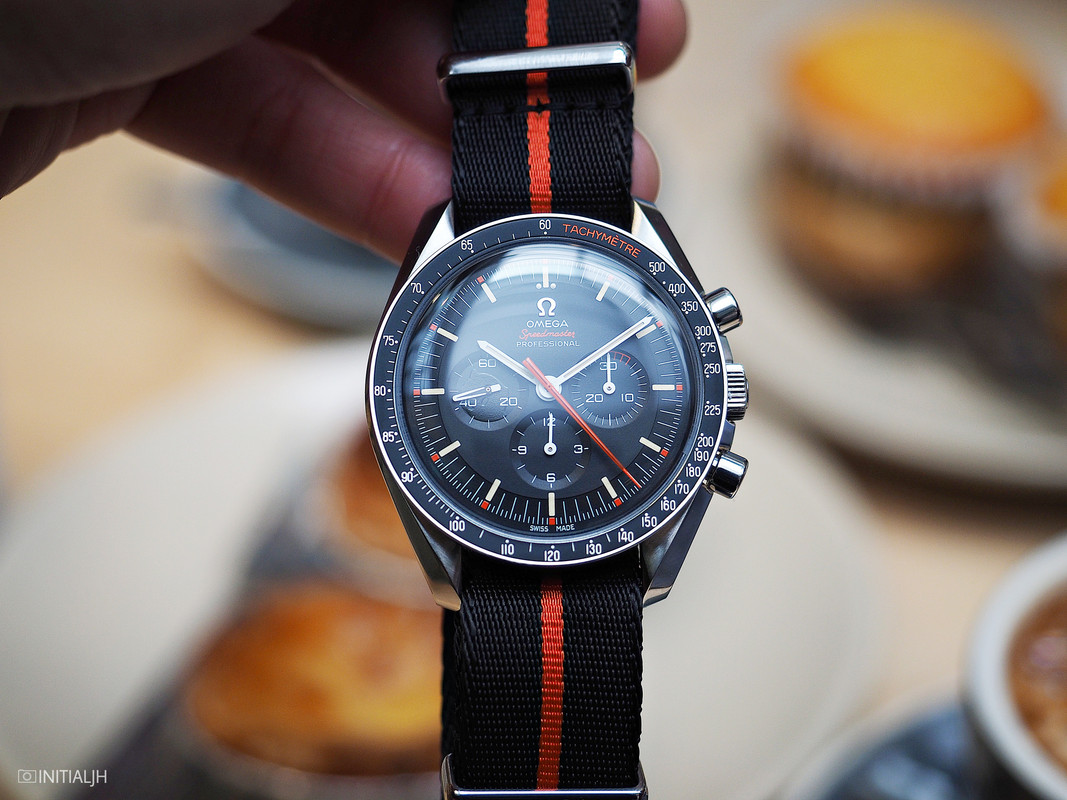 The same Beta Capsule is also the design influence for the UV torch/ tool changing strap that when used on the watch, lights up an orange silhouette of the protagonist. 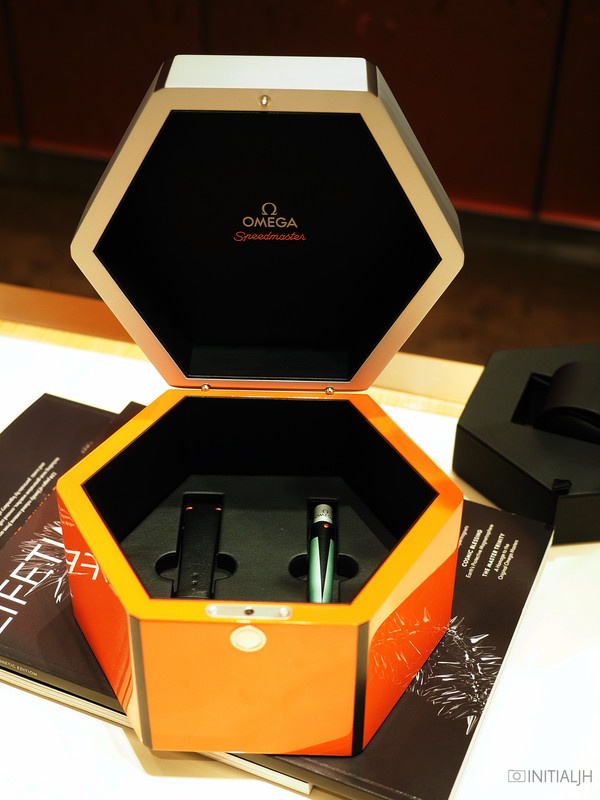 The UV ‘discoveries’ (as it where) don’t end there. The watch’s box is based on the hexagonal table used by Ultraman’s Monster Attack Team, and using your torch on it will reveal a surprise. 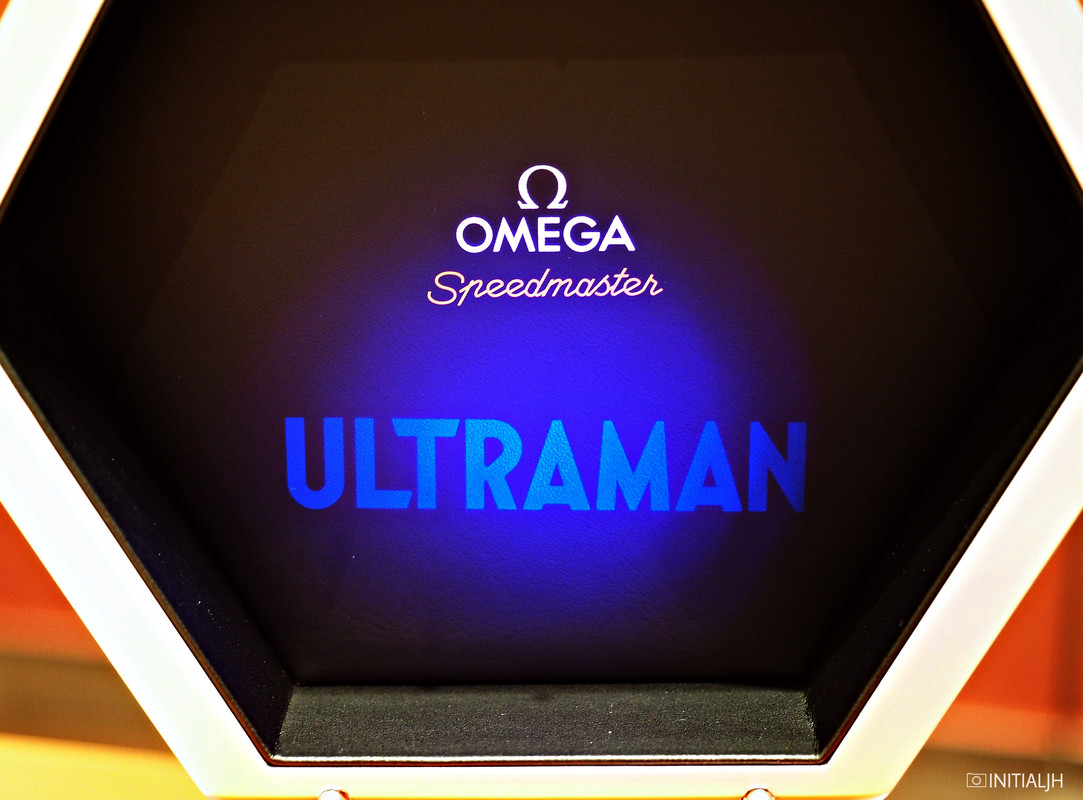 In terms of general specs, the #SpeedyTuesday 2 ‘Ultraman’ is familiar, with a 42mm stainless steel case and inside, the manual-wind Calibre 1861 movement. 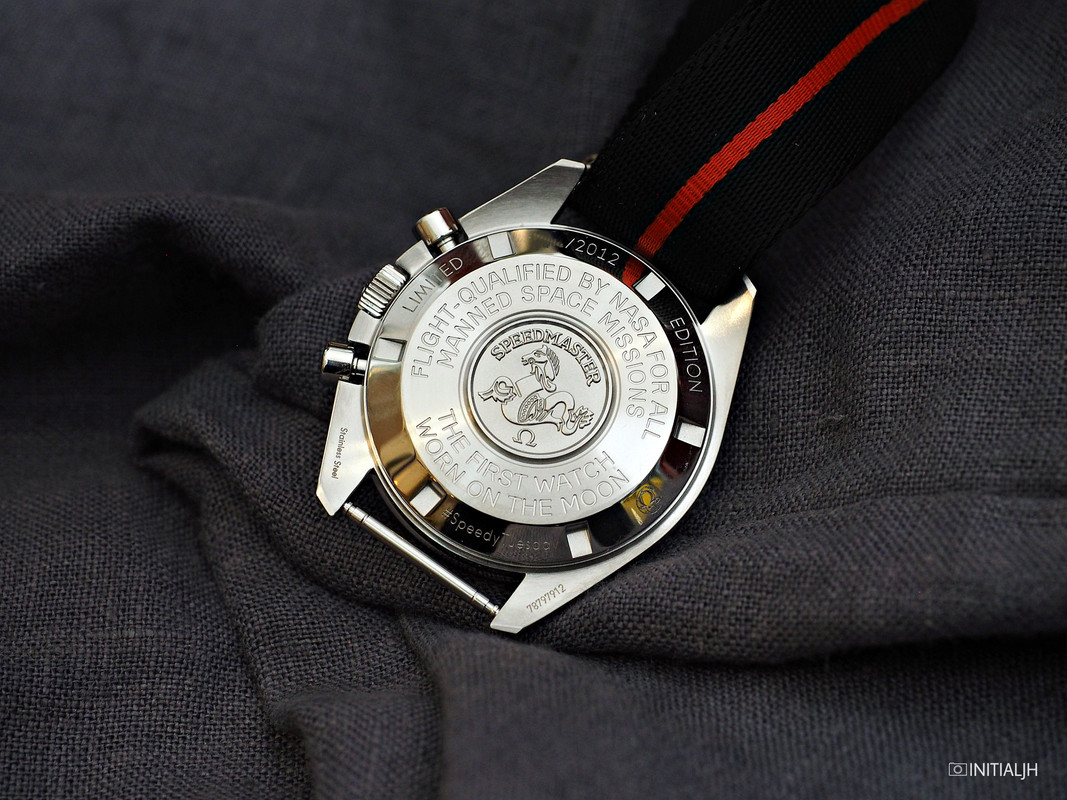 The case back is as you would expect, but with the additional engraving of the #SpeedyTuesday hashtag and the limitation number xxxx/2,012 of the piece, the number being the year in which the hashtag was started.

The retail price of the Speedmaster #SpeedyTuesday 2 ‘Ultraman’ w as EUR 6,020/ CHF 6,350 / USD 7,100). Delivery was promised to be sooner than last year and so it was, with the first pieces arriving in Australia last week. 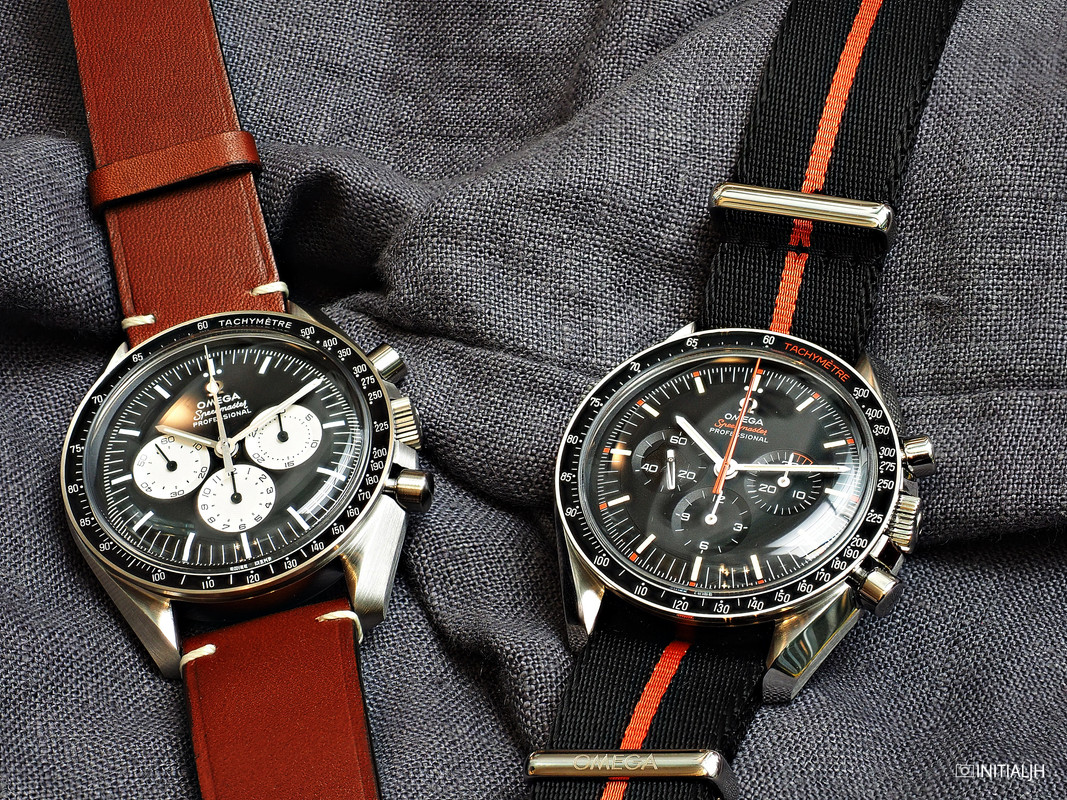 I noted in my #SpeedyTuesday post last year, the problem of a number of them being sold by speculators for a premium on the secondary market before deliveries had even been completed. Things changed this year, with Fratello and Omega working in partnership to attempt to minimise this type of behaviour that is now sadly endemic to the watch world. In one local example, there was someone trying to auction their allocation within a day of the release. When discovered, they changed their online alias and re-listed it, but it was subsequently taken down. To all those collectors and enthusiasts who are awaiting yours, I wish you a speedy arrival.

Last year’s release was a handsome watch with a very practical pouch. This year’s watch introduces a bit of levity and once again, Fratello and Omega have managed to come up with something that is a combination of old and new in a way that works, and is interesting and crowd pleasing.