A. Lange & Söhne have just announced a new addition to the 1815 collection, with a new version of the 1815 Chronograph in a white gold case and a black dial with a pulsometer scale.

Although A. Lange & Söhne have been producing chronographs since 1999, the 1815 Chronograph has been a part of their collection since 2004, and quickly achieved for itself somewhat of reputation for being one of the most beautiful contemporary chronographs, a thoroughly modern version of a very traditionally styled watch.

Today’s piece is not the first white gold 1815 chronograph we have featured. The ’boutique only’ piece from two years ago.

The dial side is where the changes are, with rhodiumed hands against a black solid silver dial. The black dial/ white metal combination is one that I am personally particularly fond of both as a evening dress watch and in everyday wear. You will also note the presence of a pulsometer on the raised inner flange. 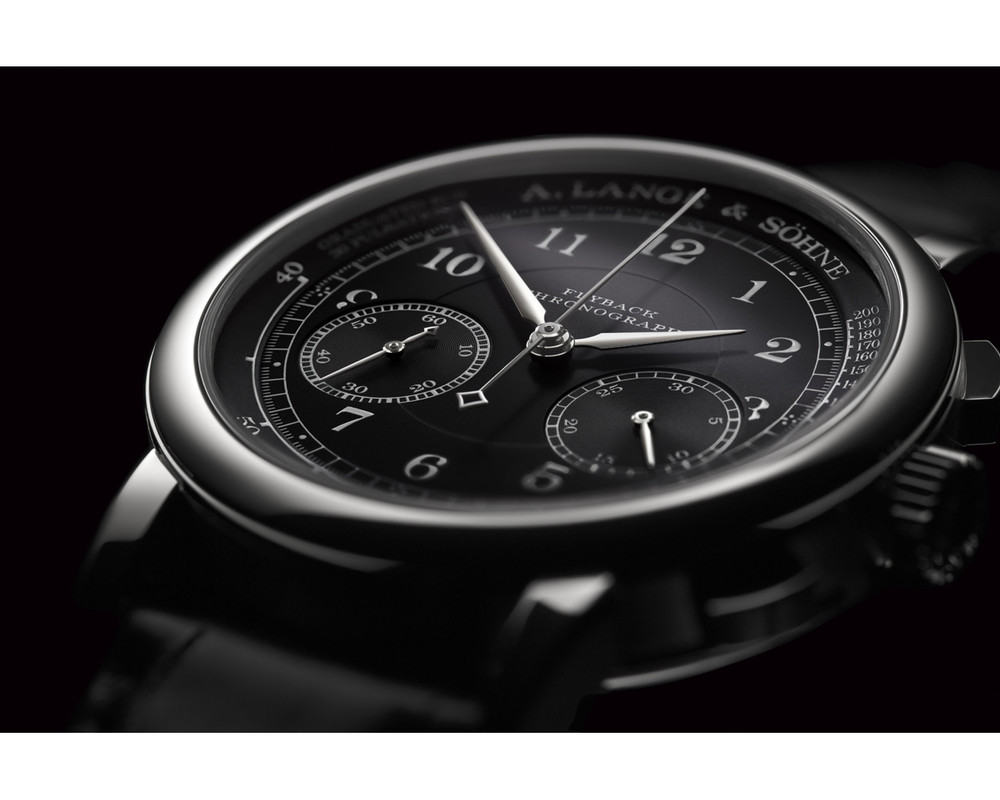 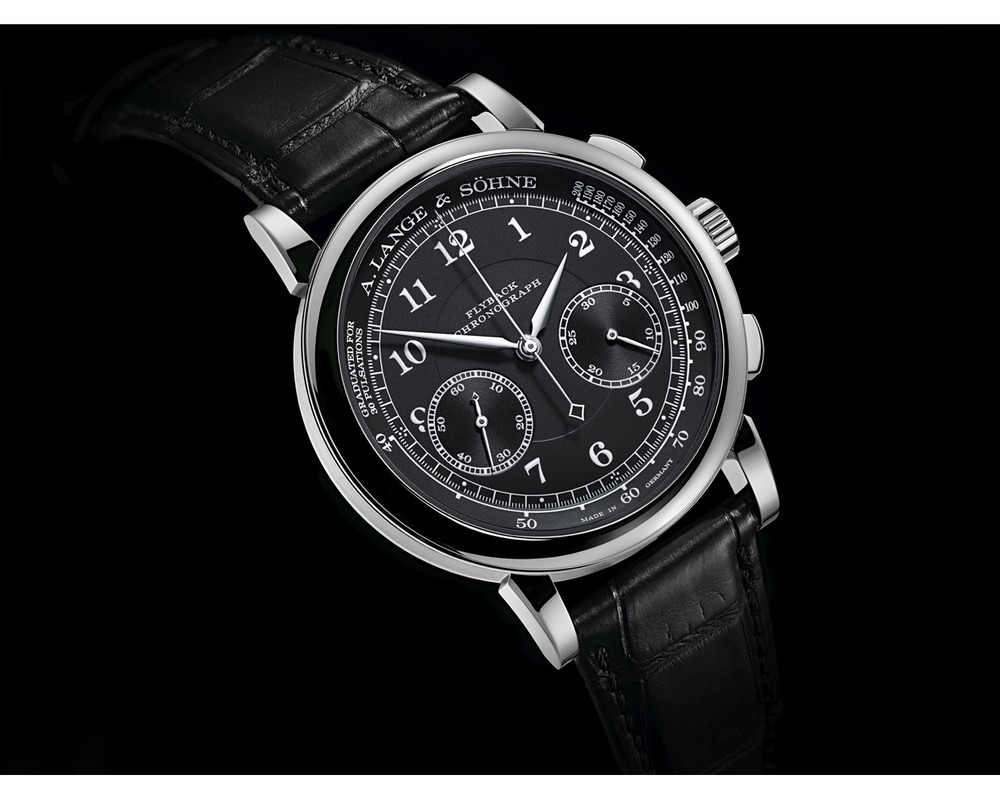 Through the open case back of the 39.5mm white gold case you can see the column-wheel flyback chronograph movement, the same movement that was in the boutique-only edition referred to earlier. The 306-part Calibre L951.5 is hand-decorated, with plates and bridges made of untreated German silver, and a hand-engraved balance cock. It beats at 18,000VPH and has a power reserve of sixty hours.

Given the popularity of the 1815 Chronograph as representative of the A. Lange & Söhne brand and as a chronograph in and of itself, it’s difficult to imagine that this new model will not also do well for them.