In recent years Greubel Forsey has been characterised by a very public desire to nurture the preservation and continuation of watchmaking skills, first manifested in the form of the Naissance watch (more formally called ‘Le Garde Temps – Naissance d’une Montre’, and about which you can read at this link. This was followed up at SIHH 2016 with a new series called ‘Signature’.

The Signature watches, which are cleverly named, are about a single watchmaker, with Greubel Forsey, creating a watch that is co-signed by both. The first model of this new series is the Signature 1, the creation of Didier J.G. Cretin, a long time watchmaker at Greubel Forsey. It is a simple manually wound watch with three hands, and you can read about it in this post. 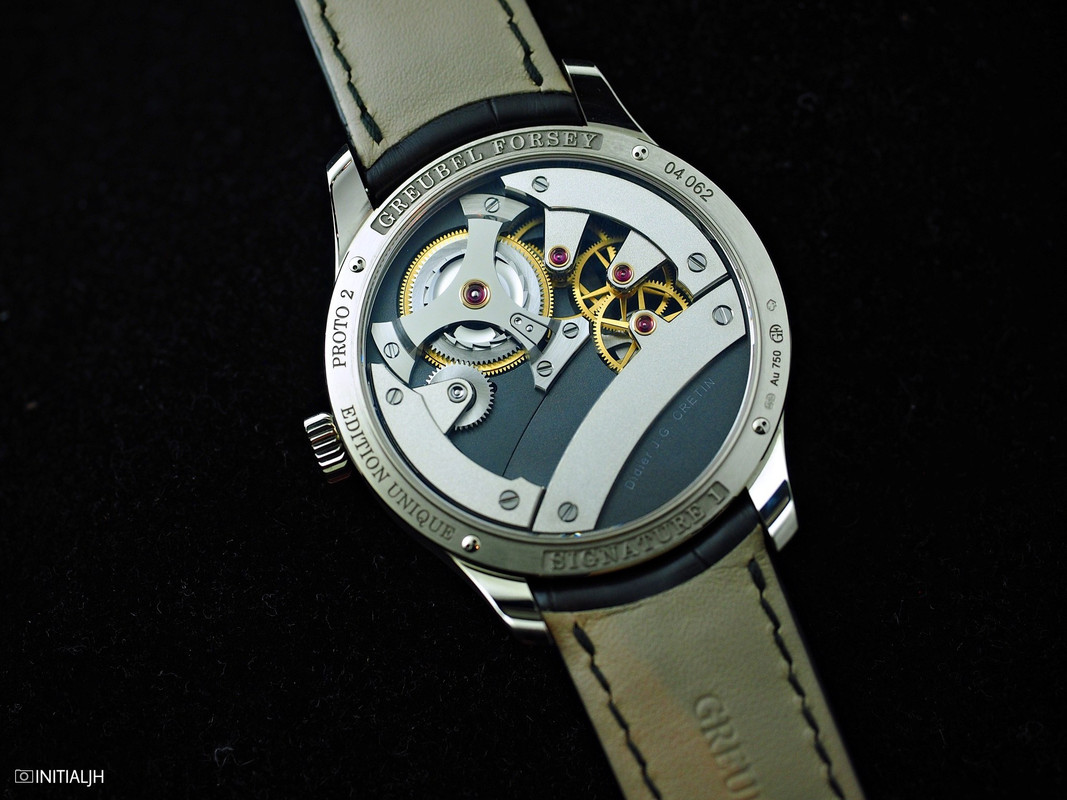 At its launch last year it came in two limited editions of 11 pieces each in 5N red gold or white gold. In 2017 these have been joined by a platinum version with an anthracite black gold dial.

In this new version, the greater contrast of a very dark grey dial with white markings in a white metal case gives the Signature 1 a far stronger personality on the dial side. The hour and minute hands are polished steel. Bridges are decorated with Geneva stripes or with a frosted black PVD treatment. 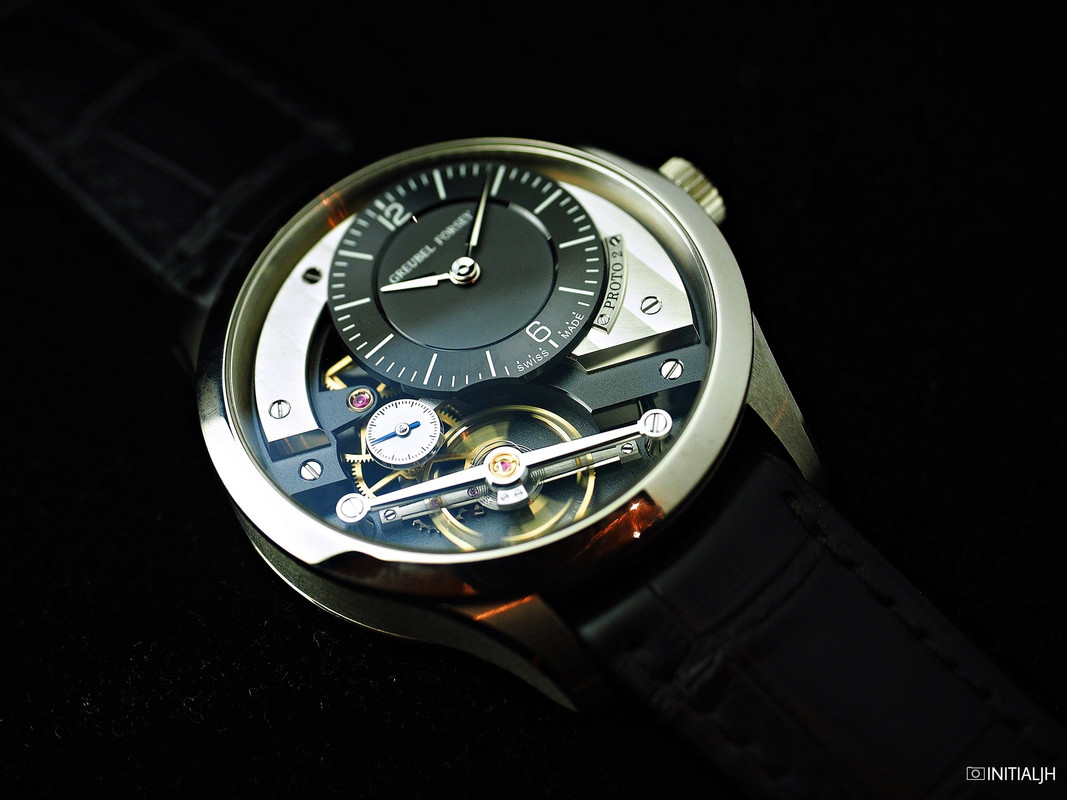 I like the very classical white gold version with blued hands version a lot both it and of itself and within the Greubel Forsey oeuvre, but this one is starting to grow on me. In a broad sense the Signature 1 may look like a simple watch, but for all iterations, the quality of finishing overall screams luxury when you handle it. The Signature 1 is a deeply attractive pared back elegant watch.

In totality there will be sixty-six Signature 1s made : eleven each in rose gold, white gold, and platinum, and thirty-three in stainless steel (eleven of which will have a blue dial). All will be individually numbered on the case back. The platinum model comes with a price of 190,000 CHF.