One of Panerai’s post-SIHH 2016 releases this year was the PAM 661 Carbotech Luminor Marina 1950 3 Days Automatic, which can be either seen as a consolation prize for those who did not get last year’s PAM616 Carbotech Submersible or as I see it, probably a better option, as it is smaller (44mm versus 47mm) and easier to wear. Submersibles do have a certain degree of heft to them.

Recently, it made its first appearance in Australia during a promotional tour, and we had the opportunity to see it in Sydney.

The Carbotech high-tech composite look is probably one that you are either taken with or you’re not, but if you do like it, you have the additional satisfaction of knowing that no two cases will be identical, because the grained pattern is individual to each case.

Although it bears the same general attributes as the Submersible version, including the same bright blue small seconds hand, there are differences – there is no longer any blue on any of the markers for the small seconds (which I think makes it look better in fact) and the hour circle markers are bigger.

Inside is the new Calibre P.9010 with seventy-two hours of power reserve that is an update of the P.9000 as the name hints at. At 6.0m the movement is 1.9mm thinner than the P.9000 that is in the PAM616, and it has an independently adjustable hour hand. 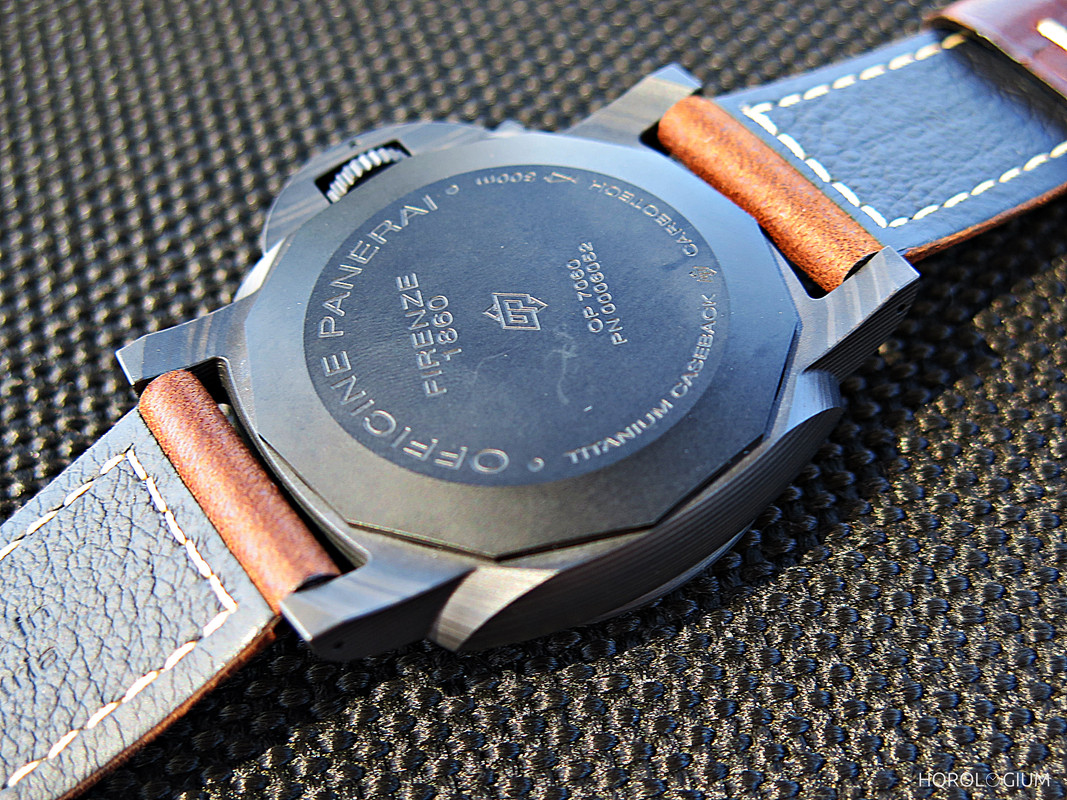 With a water resistance of 300m, this may be a watch with a Carbotech case but this does not extend to the back, which is titanium. This was also the case for the PAM616.

Coming on a calf ‘Ponte Vecchio Brown’ strap with contrast stitching, for those who haven’t had an opportunity to see a Carbotech case ‘in the composite’, the visibility of the grain differs according to lighting conditions, so that in say the daylight of a Sydney late Spring day, as is the case for these photos, they are more subtle than under artificial lighting. 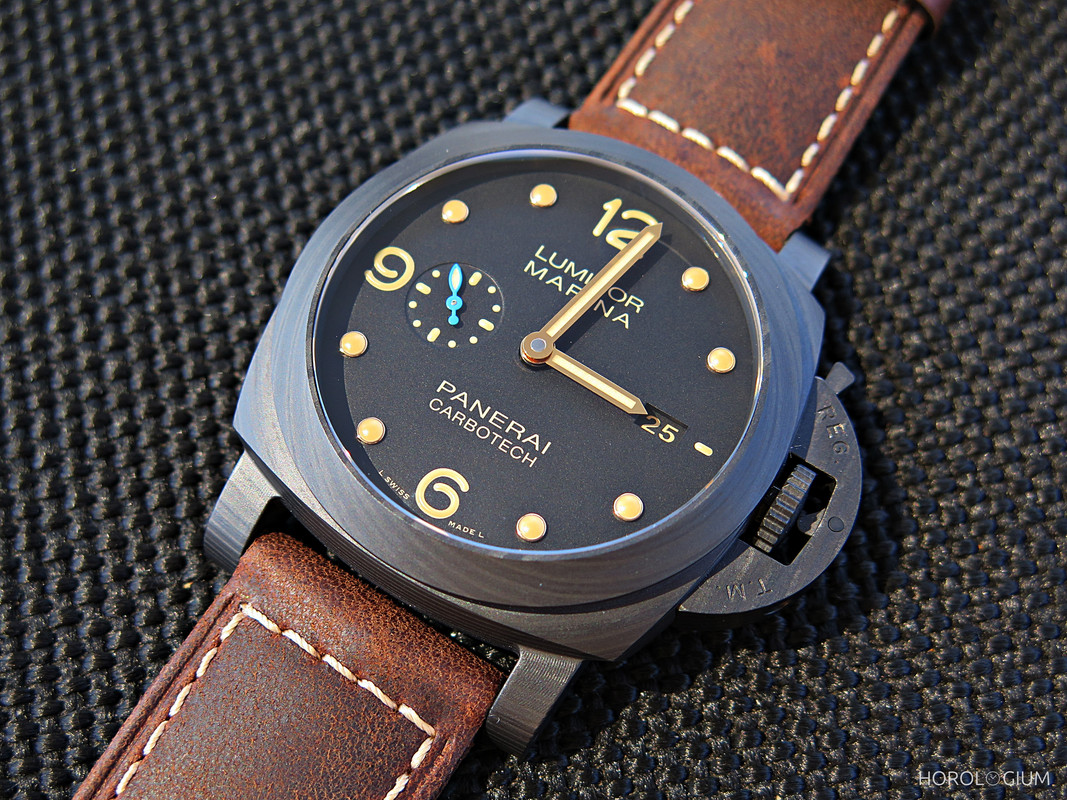 I note this because it not only means that as a wearer you will have something interesting which will change its look under different circumstances, from day to night, but also because there may be some who are intrigued by Carbotech as a composite material but whose preferences slant towards the more discreet case material.

With its quite lightweight feel on the wrist and in its much more user friendly size, this will probably appeal most to those who want the Panerai look and feel but with a contemporary (tech) twist.