Space Invaders, Pac-Man and most recently, Super Mario. The list is incomplete without one of the most popular games of all time, and one whose obsessive players perhaps straddled more generations at the same time than those others – Tetris.

Another member of the Romain Jerome ‘Generational Icons’ collaborations, the Tetris-DNA watch was launched last year and we had the opportunity to see it earlier this year in Geneva. 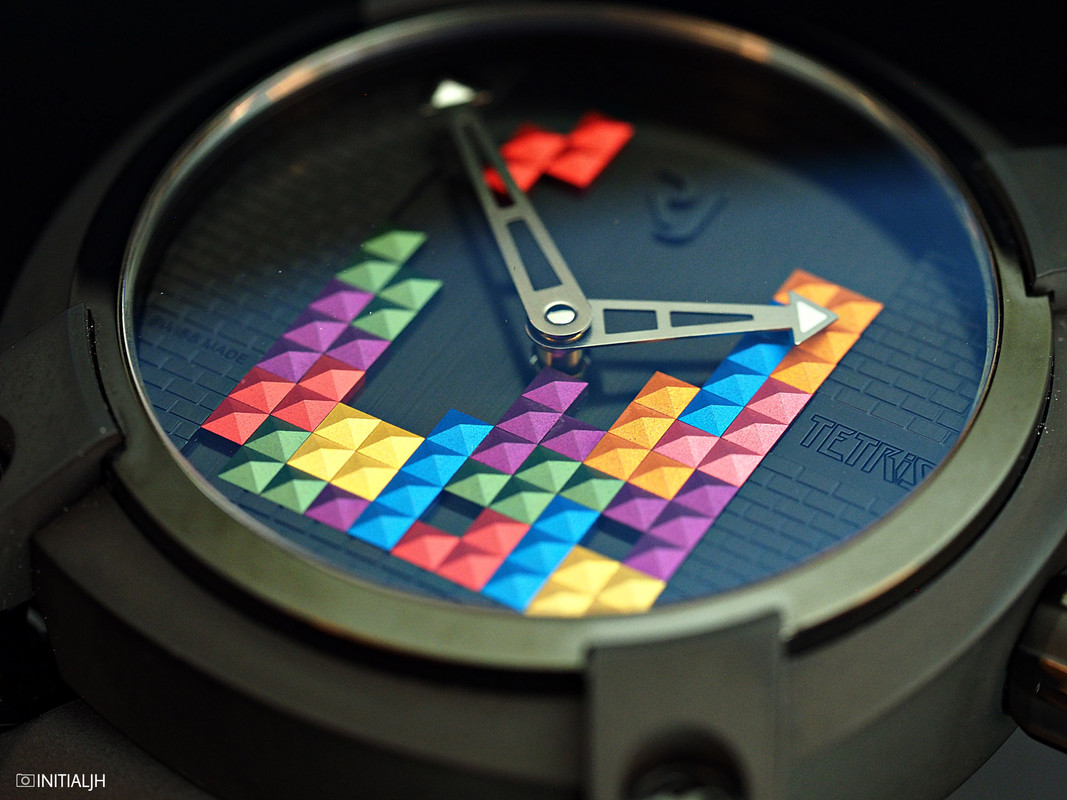 The case is of course the familiar Moon invader case, in 46mm of black-PVD coated titanium. The game was designed by Russian Alexey Pajitnov and released in June 1984. Its use of simple colourful geometric shapes, called Tetriminos, have been replicated on the watch dial in the form of hand-set anodised aluminium blocks on a brushed background, with engraved ‘bricks’ and a funky ‘Tetris’ on the dial. The hands are satin-brushed oxidised black, and coated with Super-LumiNova. 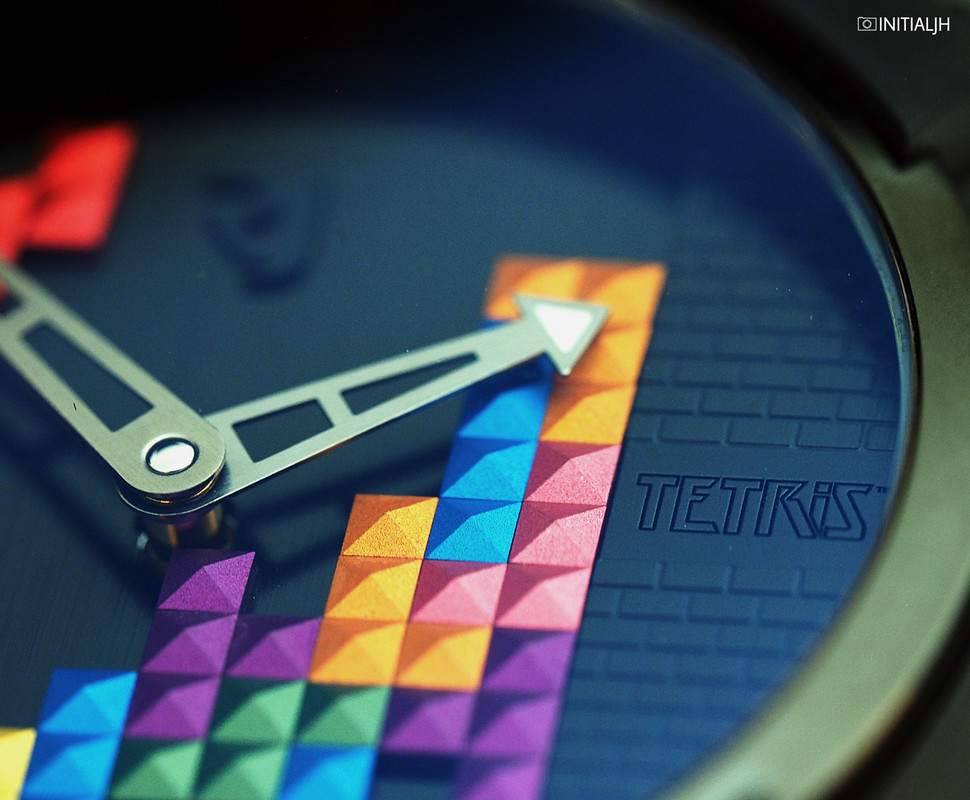 Inside the case is the automatic RJ001-A movement with a power reserve of forty-two hours.

The watch has a solid case back with Tetris medallion and the limitation (out of 84 pieces, as per the year of Tetris’ birth) indicated in a rather cool and apt way as a ‘Level’, and comes on a rubber strap. Water resistance is the standard 30 metres. 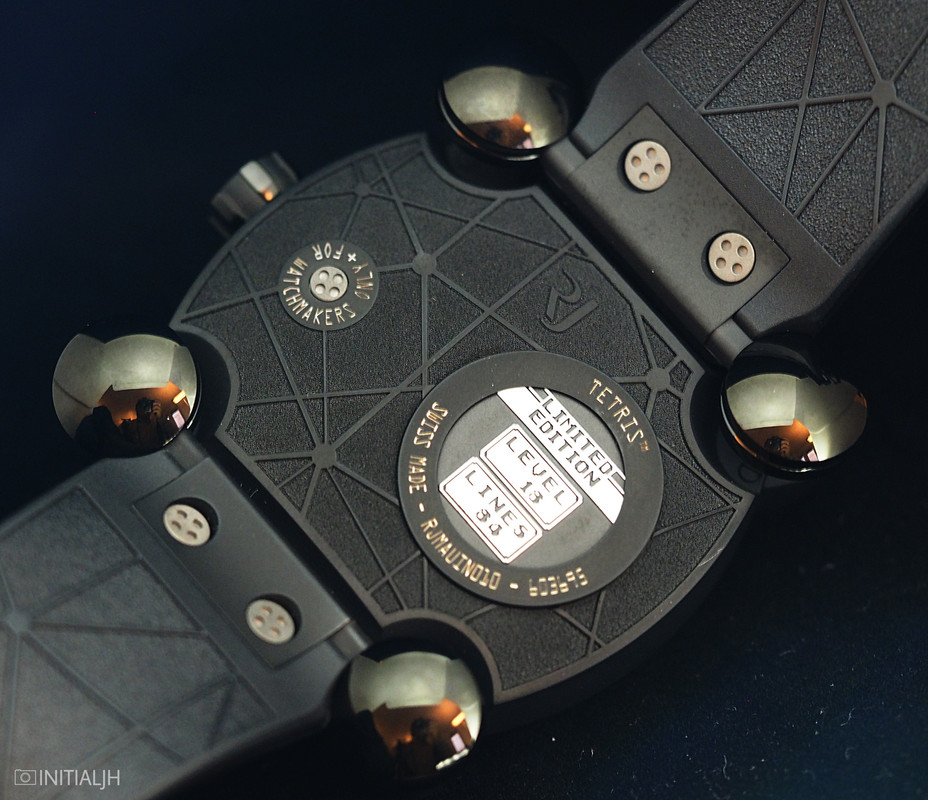 Tetris the game has some rather astonishing figures – over 525 million paid mobile downloads, and billions of games played online per year, not to mention all those who played it before its online availability.