You may recall MB&F’s HMX, part of their 10th birthday celebrations in 2015. They decided to follow this up with a collaboration with Jack Thompson (aka ‘Black Badger’ on Twitter and Instagram), best known for his distinctive luminescent rings, milled out of blocks of luminous material.

Black Badger has combined with MB&F for two releases – a Starfleet Machine and these new HMX models. Thompson redesigned the cover of HMX’s engine, milled from his blocks of three differently coloured lumes, with the resultant new models called ‘Radar Green’, ‘Phantom Blue’ and ‘Purple Reign’. 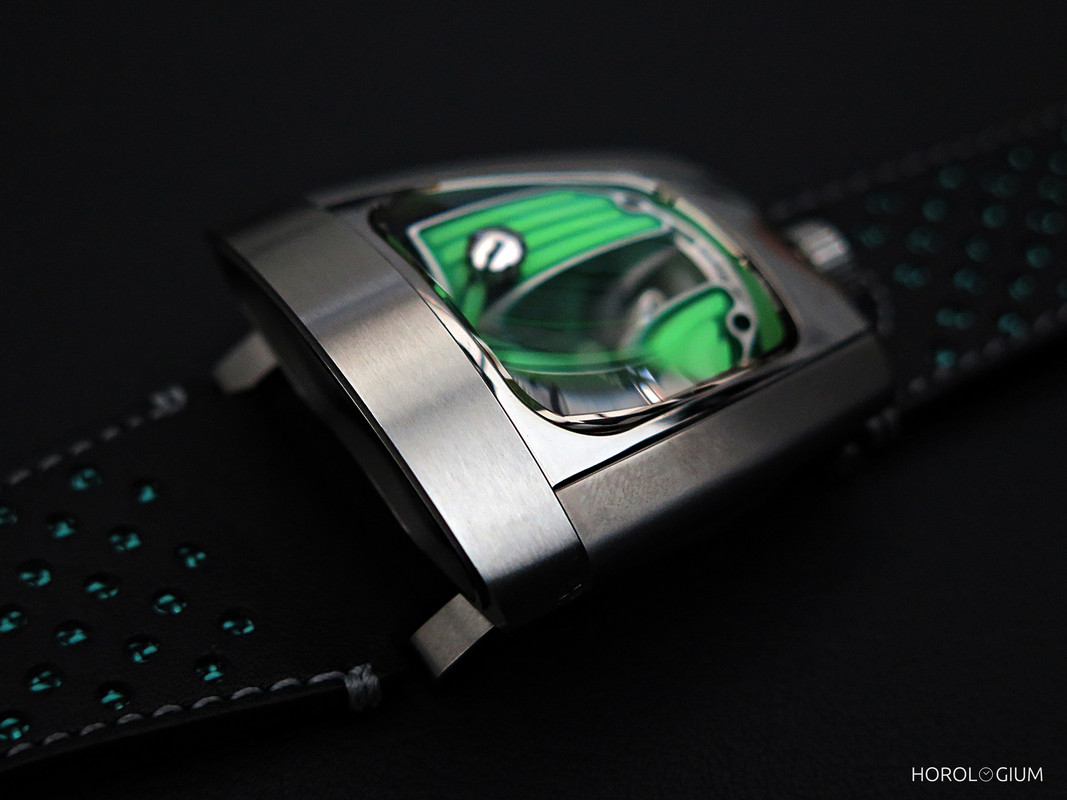 The new MB&F HMX Black Badger is in a grade 5 titanium and stainless steel satin brush finished 46.8mm x 44.3mm x 20.7mm case. It has the familiar bi-directional jumping hours and trailing minutes which is the result of an in-house developed module atop a Sellita base, displayed via dual reflective sapphire crystal prisms with integrated magnifying lens. 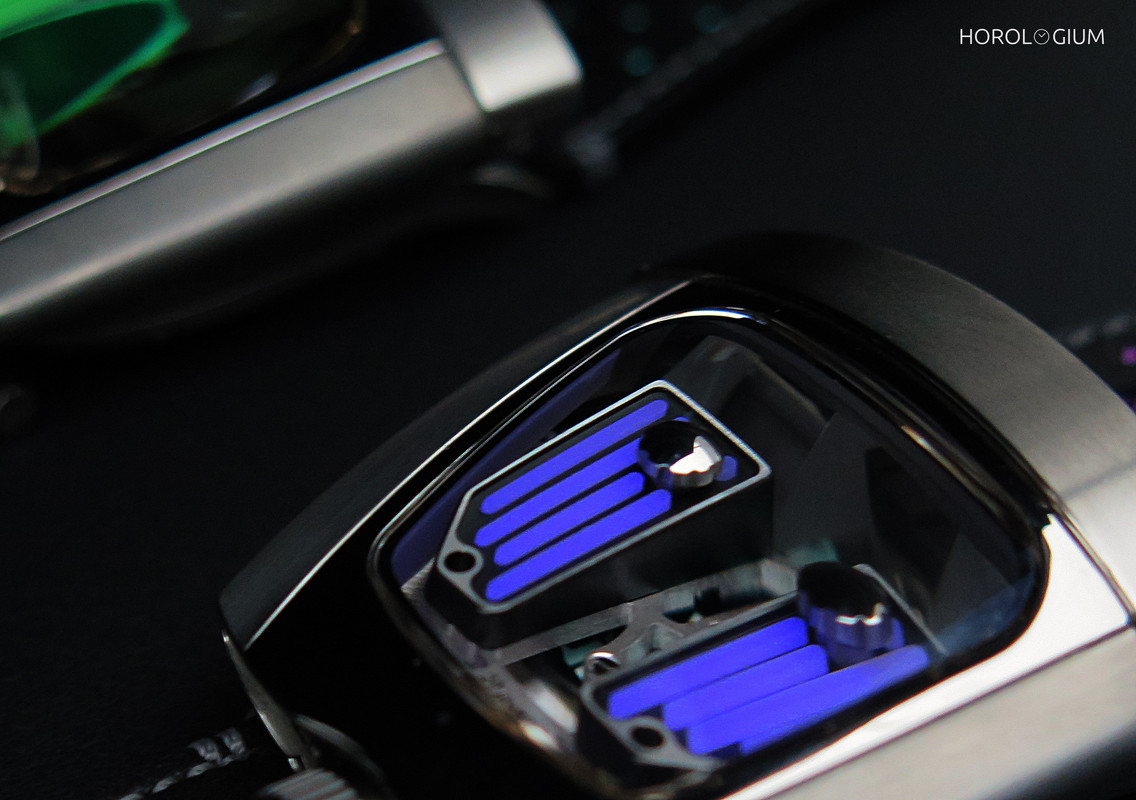 Black Badger’s coloured luminous material with its long-lasting glow is visible during the day but it is by night that it comes into its own. Super-LumiNova is a liquid that is applied to surfaces and dries, whereas as mentioned at the outset, Black Badger’s lume comes in blocks (as per the photo below) that are milled by hand or machine. Super-LumiNova is also present in these watches along the flanks of the case, for contrast. 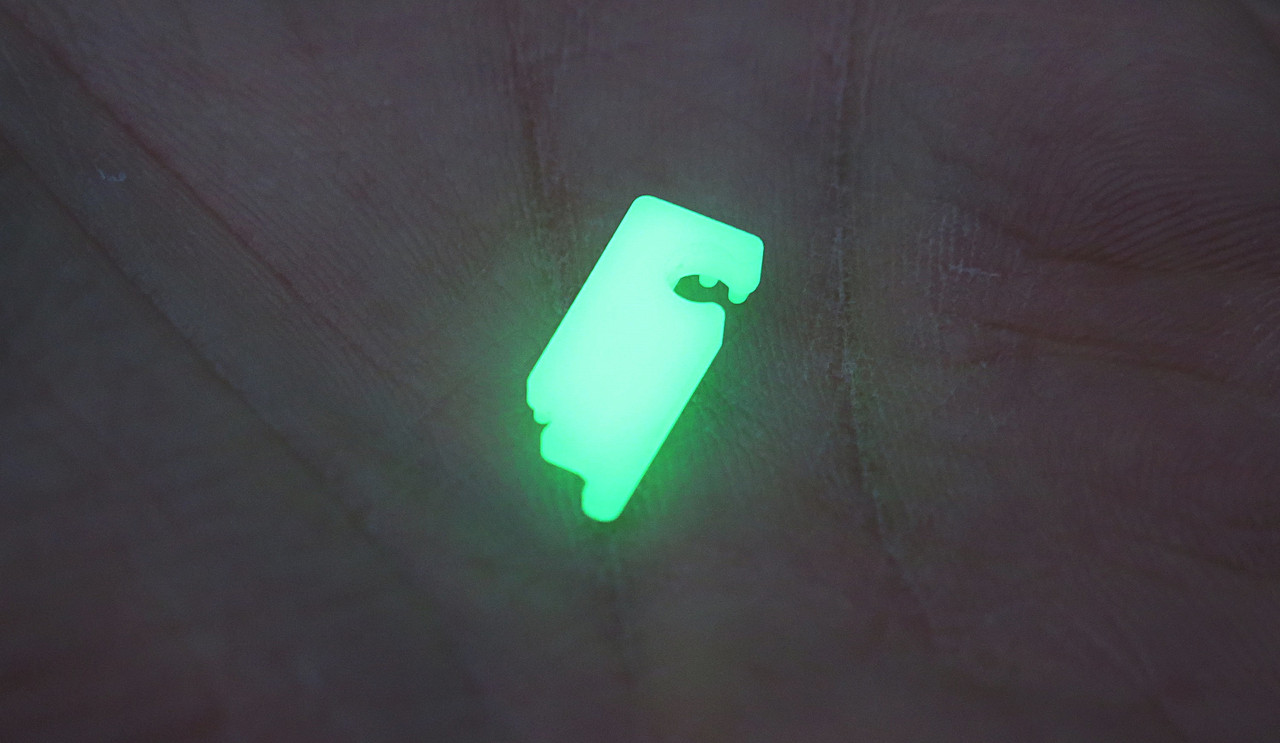 The watches are fitted with partially perforated calfskin straps with a coloured layer under the perforations that matches the lume of the watch. 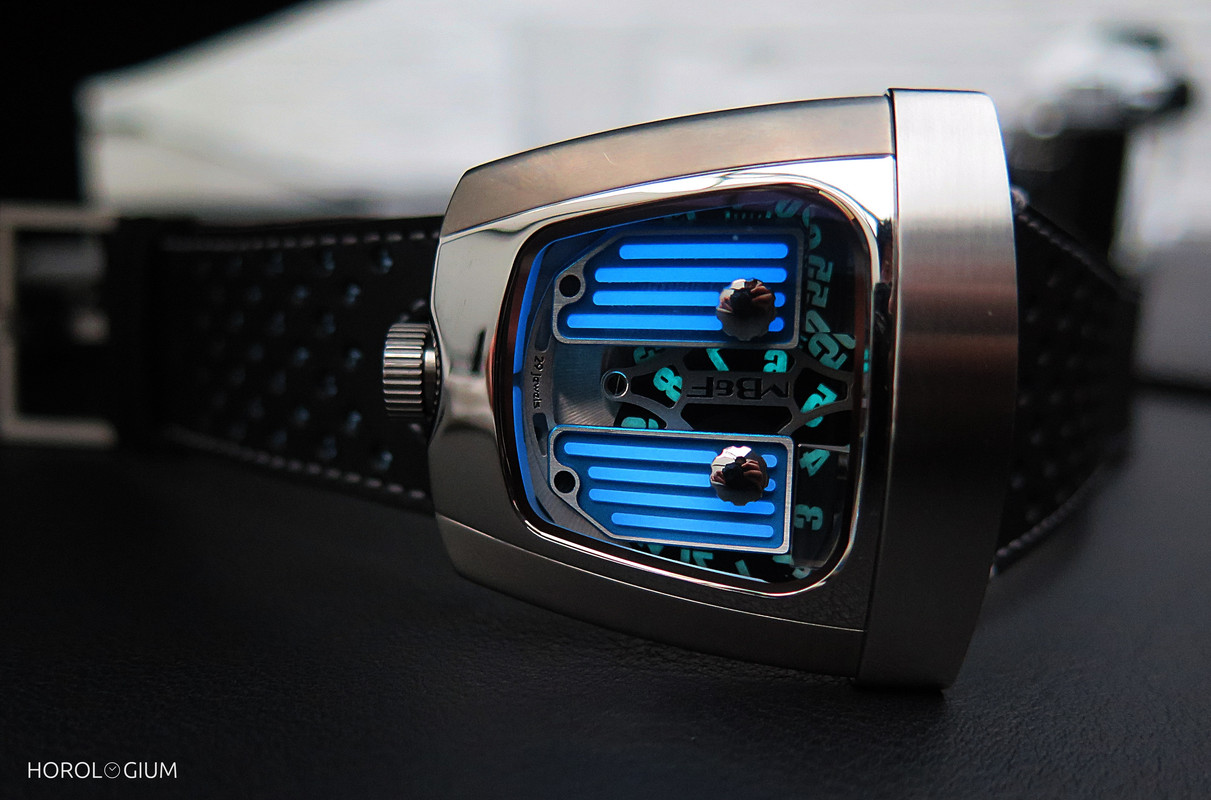 So which is my favourite colour? It’s a toss up between Radar Green and Phantom Blue.

For those who are counting, with the two HMX variants it’s a total of 134 HMXs that will be made. The price of the HMX Black Badger is CHF 51’900 including VAT.