At Baselworld 2016 Sinn, a favourite German ‘tool watch’ brand of many, came out with a number of new releases including one or two rather dressy pieces as well as a camo dial that is probably something you will love or not (I don’t), but the clear winner for me was the limited edition 910 Anniversary Split Chronograph, and so I shall talk about it first.

Their first split chronograph, the dial is not perhaps ‘groundbreaking’ in its design, but you don’t always need something adventurous, and the rather pure old school classic chronograph look of this one, with its creamy dial, is just spot on and attractive.

For those who may not know, a splits-second function has two chronograph hands that both start in alignment when the chronograph function is actuated. Then another pusher, which in the case of this watch is at 8 o’clock, is depressed to stop one of the hands as as the second continues to advance. Pressing the pusher a second time makes the ‘stopped’ hand jump to the position of the moving hand, and they continue in unison. 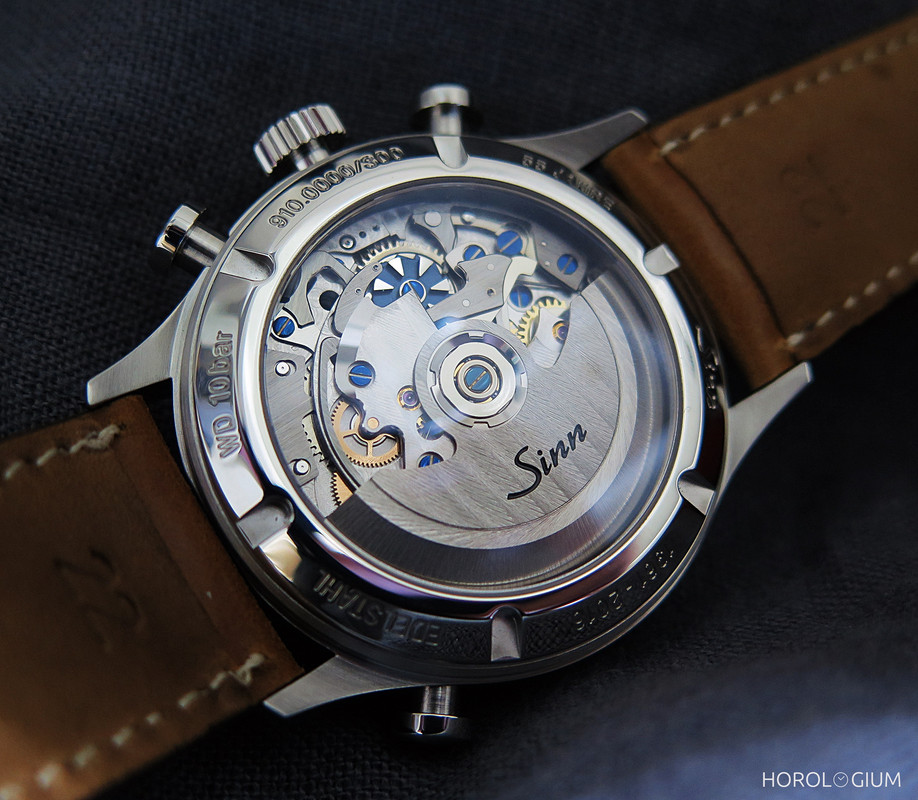 Sinn have used the ever reliable Valjoux 7750 with a La Joux Perret mod to create a column wheel chrono with split seconds function. The chronograph actuation is very smooth.

Back to the cream dial. In keeping with their ‘vintage look’ approach for this watch they’ve gone for black applied indices and a classic use of red for counter hands and on the tachymeter.

Size wise it is a 41.5mm stainless steel case and comes with both a bracelet and a shell cordovan strap. My vote goes to the strap. Also included in the kit are a strap replacement tool, spring bars, a loupe, and a polishing cloth. 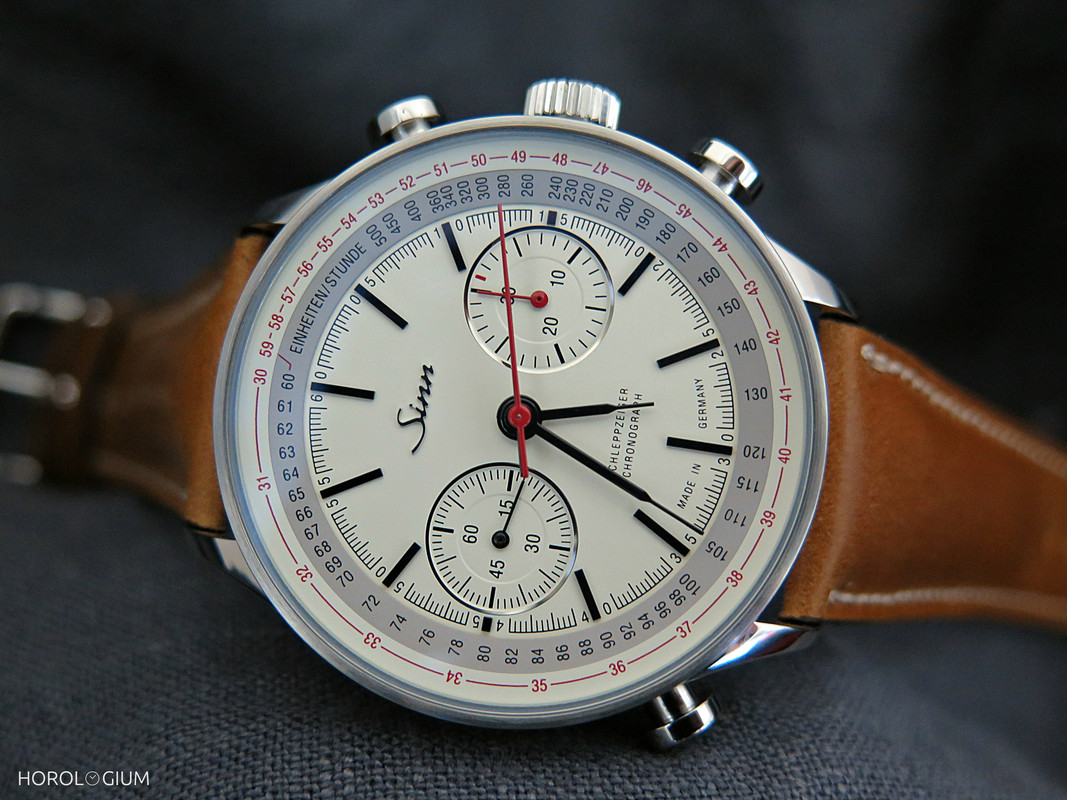 Although I acknowledge that it is (pardon the double negative) not an inexpensive chronograph, it is nonetheless a good looking one.