One of my favourite releases of 2015 has been from Vacheron Constantin – the Historiques Cornes de vache 1955 chronograph. Given that I saw it during the same few days (in Hong Kong) as I did the A.Lange & Söhne 1815 Boutique-only Chronograph, it was great opportunity to be able to see and compare two such stunning (front and back sides) old-school chronographs. Although the Harmony chronographs released by Vacheron Constantin this year have been rather splendid, this Cornes de Vache probably just pips it at the post for me, in part due to how it wears.

The Historiques Cornes de vache 1955 has been inspired by, as the name aptly states, a classic 1955 chronograph with ‘cow horn’ lugs, the Reference 6087. The original on which this new release is based was 18 carat yellow gold, 35mm in size, and contained the manual-wind Calibre 492.

The new one, however, is a very comfortable 38.50mm diametre (making it arguably more wearable for more people as a dress watch if we compare it with the Harmony Chronograph’s 42mm x 52mm) and 10.9mm thick in a 950 Pt case with the same ‘cow horn’ lugs. Visible through an open case back is the manual-wind Calibre 1142, with a forty-eight hour power reserve and 21,600VPH. 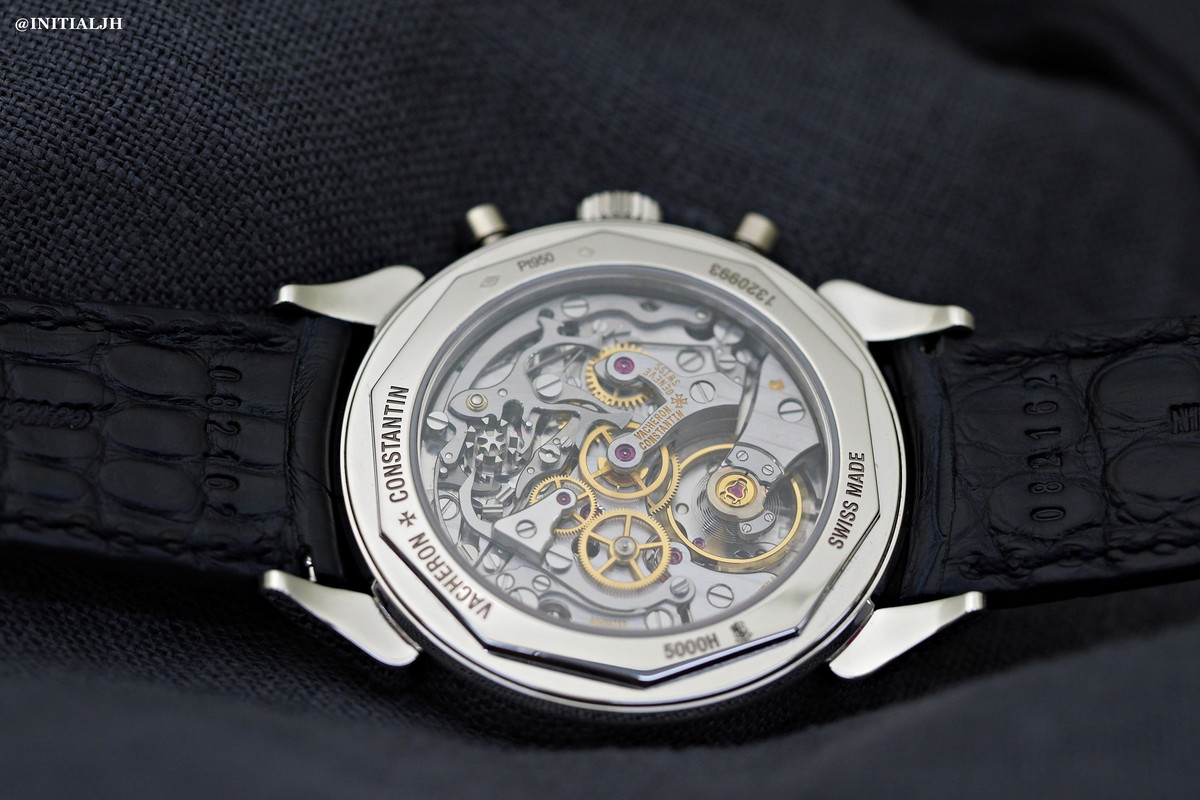 This is a faithful modernisation of a classic Vacheron Constantin piece. As well as keeping the same lugs and being restrained with regards to size, they have kept with the original bi-compax layout of the 30-minute counter at 3 o’clock and a small seconds at 9 o’clock. A slightly larger size compared to the original has meant some more space on the dial  and increased legibility. The dial itself is silvered opaline with a brushed minute track and tachymeter scale. The indices are white gold. A mix of Roman numerals and applied indices, a tachymeter scale, bi-compax layout…the whole watch screams vintage Vacheron chronograph design. 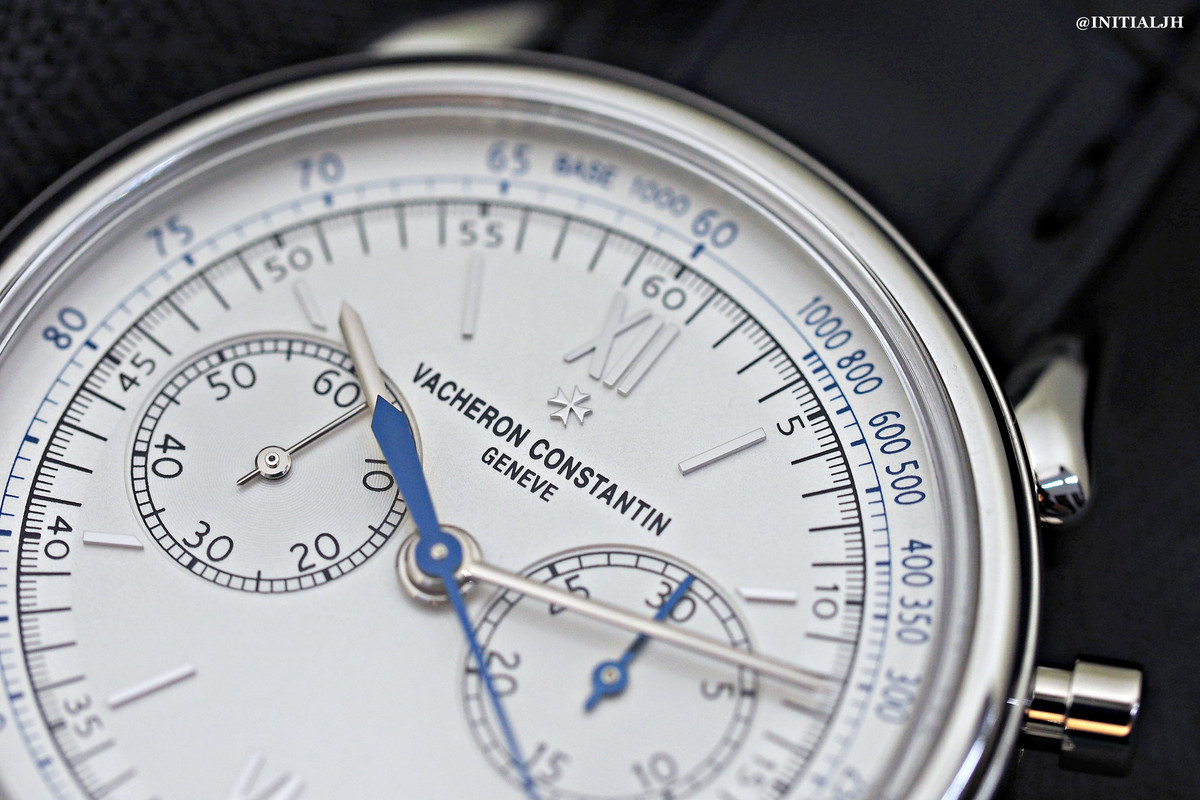 This new Vacheron Constantin has a presence; when you handle it you want to put it on your wrist. It really is an extremely elegant watch from a Manufacture with a very long and significant history of making chronographs. As I mentioned at the outset, the Harmony Chronograph range is rather beautiful and has a buttery smooth  chronograph pusher, but they have a stronger wrist presence because of their size; this new Cornes de vache 1955 gives a smaller (and round) option for someone looking for a modern chronograph dress watch from the brand. 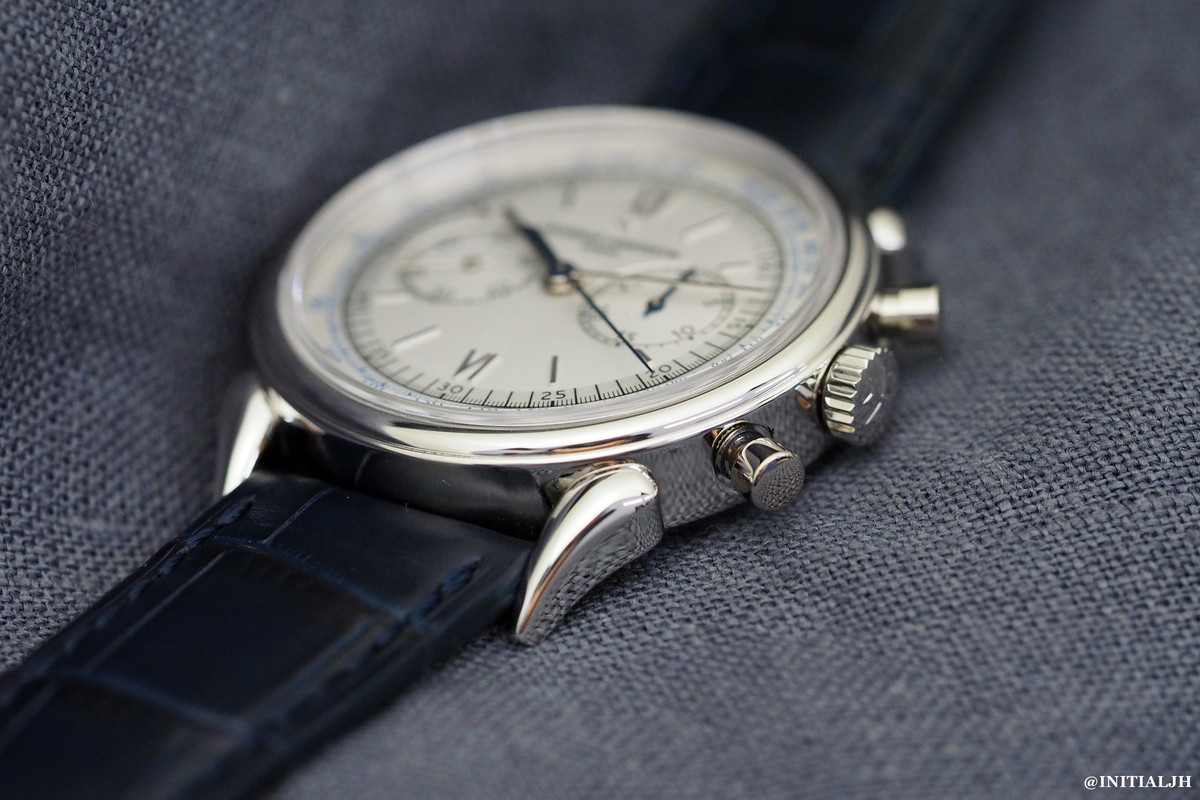 So its name is ‘cow horns’; this means that you don’t have to remember too many reference numbers, and it is, as they say, what it says on the packet. With their tapering curves it is the lugs that give the watch that extra bit of character. 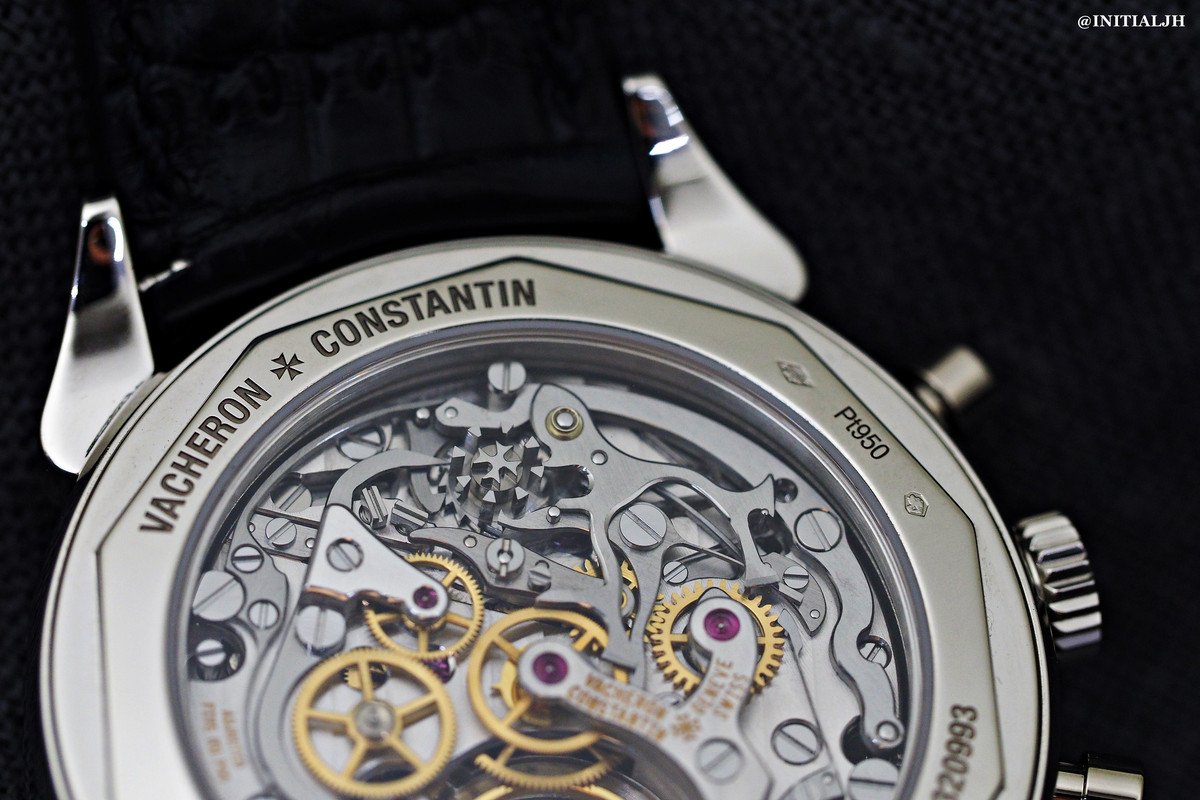 Its parent the Reference 6087 was apparently only produced in 36 pieces (28 in yellow gold, six in rose gold), but this one will be more easily obtained. The Historiques Cornes de Vache 1955 will be limited in production but not number and price is 62,000 EUR. For a look at some vintage Vacheron Constantin chronograph, go to this post of our visit to their chronograph exhibition in January 2015.

[Horologium attended Watches & Wonders 2015 at the invitation of Richemont Australia]