In this the year of its 185th birthday Baume & Mercier has chosen to mark it with an unexpected offering that was launched in Hong Kong at Watches & Wonders – a five-minute repeater pocket watch.

Named after the year in which they were founded, the Clifton 1830 Pocket Watch’s five-minute repeater function, courtesy of a movement provided by Dubois-Depraz Called the D73, chimes the hours and then the number of five minute intervals past the hour. It may not be as precise as a minute repeater, but with Baume et Mercier wanting to keep the cost of it down, as much as anything, it makes sense. For those unfamiliar with repeaters, activation is via the (traditional) protrusion on the side of the case. 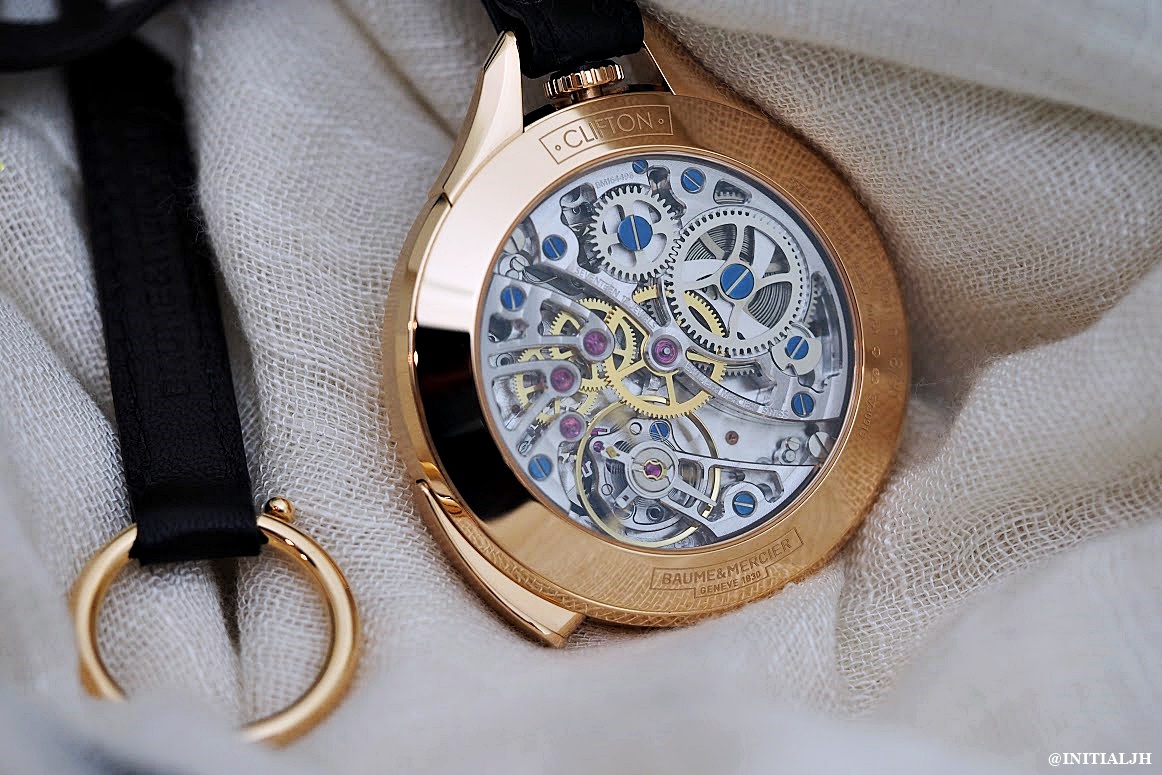 The movement, visible through the case back, has skeletonised bridges and blued screws. Power reserve is forty-six hours.

On the front it is pure Clifton in its clean dial with red gold Arabic numerals and indices, and an opaline silvered dial.

At 50mm in diametre with a thickness of 14.4mm, it is in 18k red gold and comes on a black calfskin leather strap, which makes it a lot lighter in terms of being able to be used. You’re not likely to have it anywhere near water, but don’t worry if there’s a small splash onto it, it’s 5ATM. 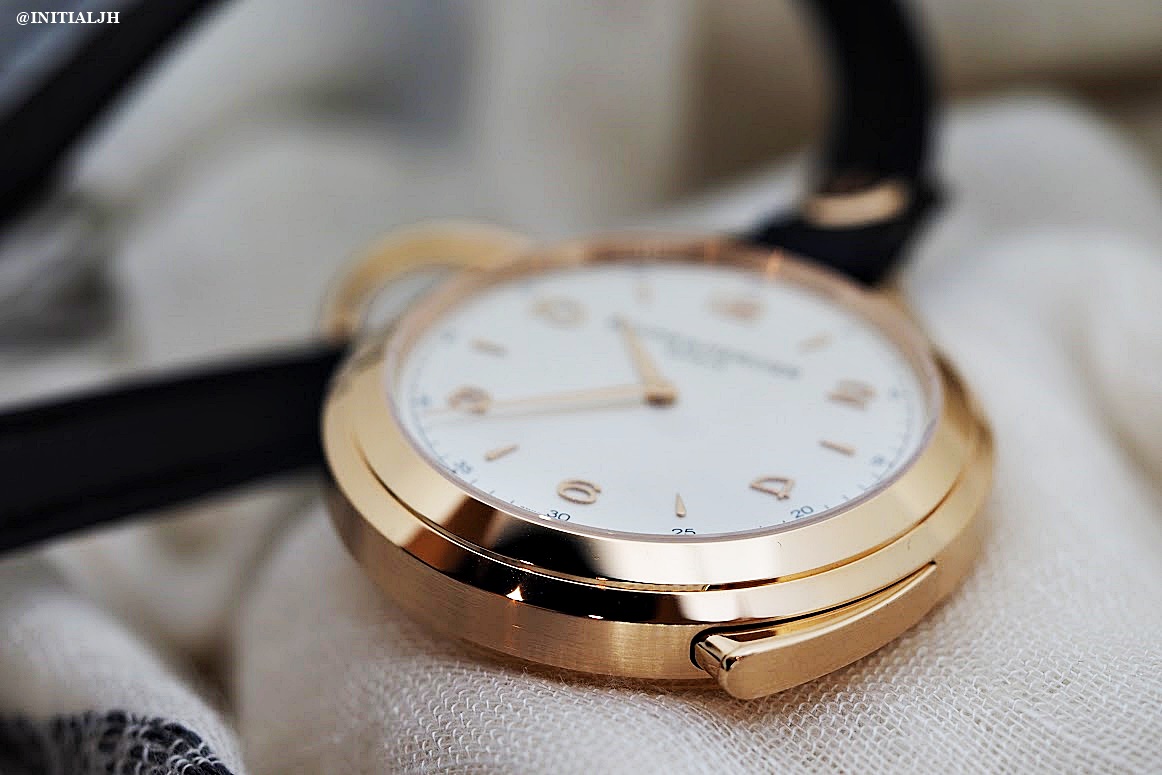 Admittedly the booth was rather noisy when we listened to it, but upon activation the pocket watch was audible but with a touch of could-be-louder. However, in a nice touch the pocket watch comes with a JMC Lutherie ‘resonance tray’ soundboard made of spruce wood and Kevlar. Putting it atop makes it louder as well as providing an interesting ‘stand’ for it. Perhaps for the bedside? 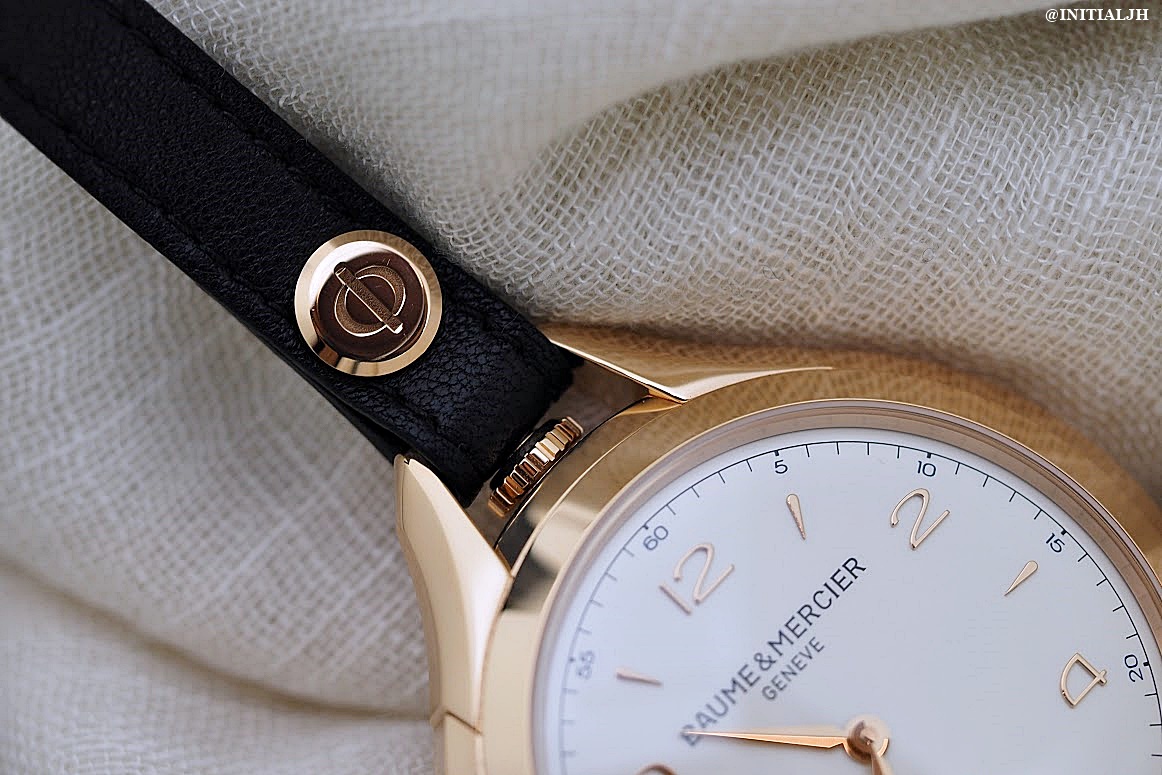