The new Clé (key) shape was revealed by Cartier at SIHH 2015 and covered earlier by us at this link. There are two distinguishing features to this new collection – the ‘key’ of the name which refers to the new crown design, and the new case shape of a round shape within an ellipse.

At Watches & Wonders 2015 Cartier expanded the Clé line with a number of new models, including a new ‘mysterious hour’, a complication most closely associated with Cartier. This new piece is a variation on one of the mystery watches featured at this link but in the new case rather than the Rotonde.

As you can see, the hands float ‘mysteriously’, mounted on two transparent discs of sapphire crystal, and ‘moved’ via the outer ring of the case. Inside is the Calibre 9981 MC manual-wind movement with a forty-eight hour power reserve that is visible through the open caseback. This is the same movement as in the Rotonde Mystery. Made from 158 parts, the 4.61mm thick 9981 MC movement operates at 4Hz. 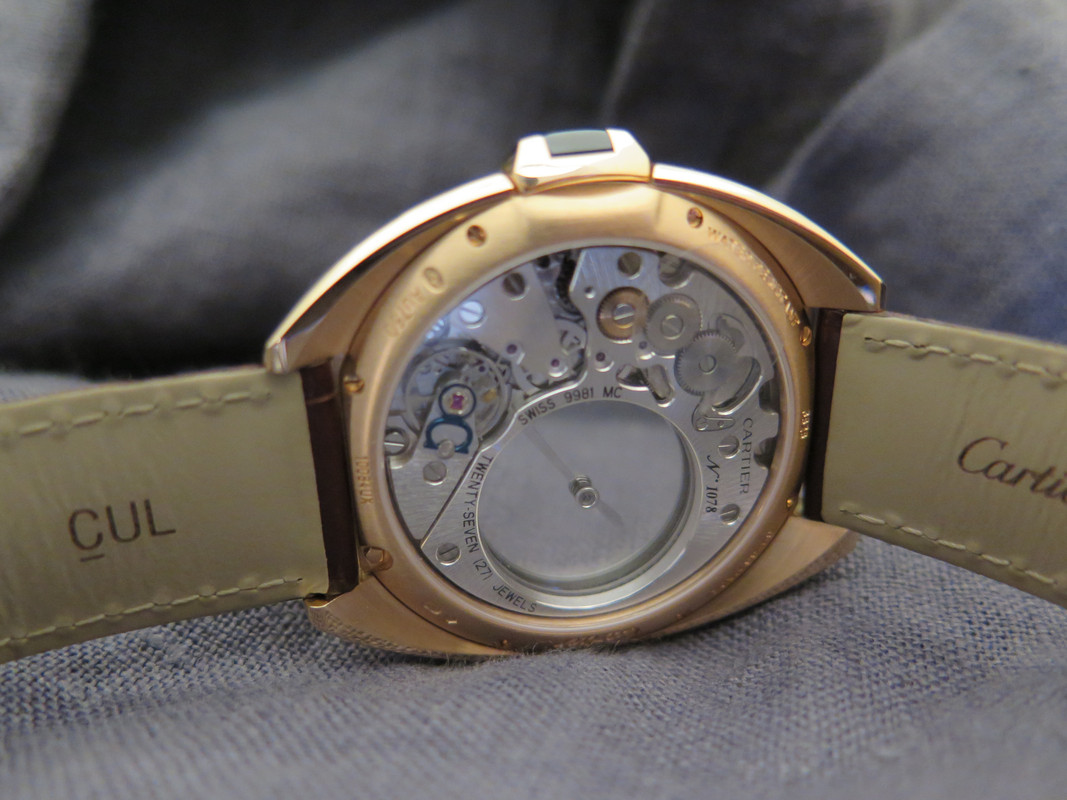 The standard Cartier Clé ‘men’s’ watch is 40mm wide, but the Clé de Cartier Mysterious Hour is 41mm wide, with a thickness of 11.25mm. It will be available in 18k pink gold or 950 palladium. The dial is a partially skeletonised as is similar with the Rotonde model, with a brushed plate and Cartier Roman numerals. 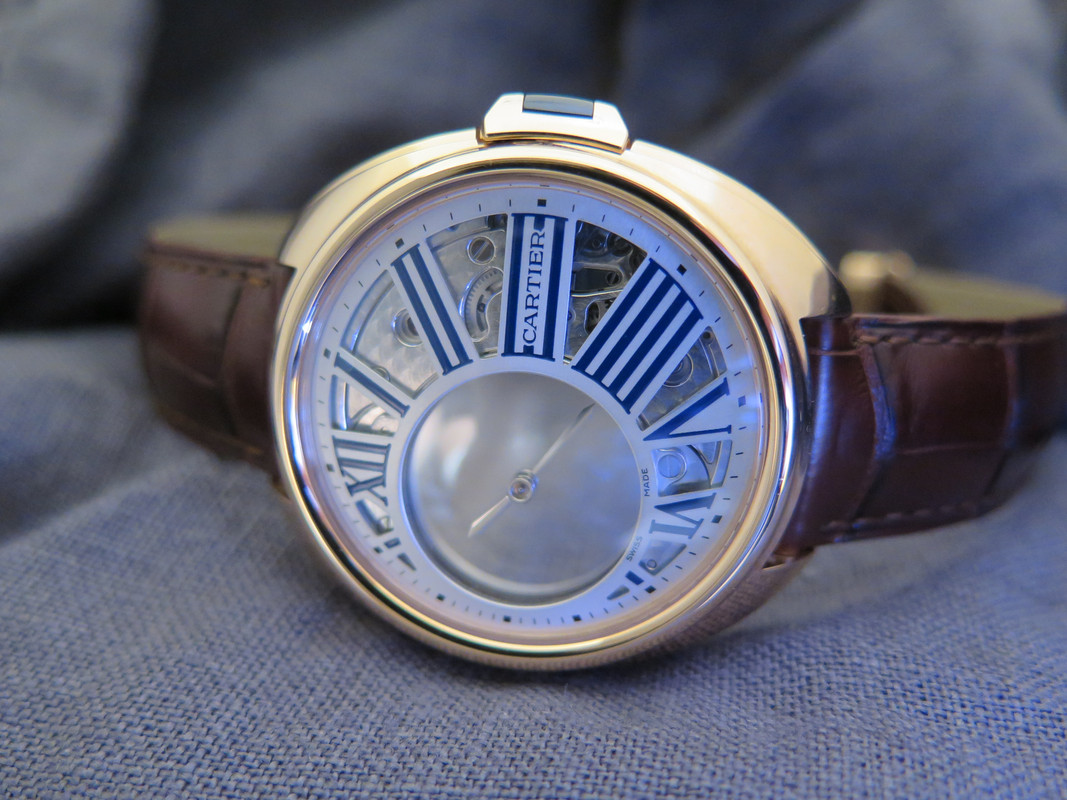 I actually like the Clé case shape more than the Rotonde, and the blue sapphire of the ‘key’ more than the cabuchon of the Rotonde, but these are very personal preferences. With this and a new flying tourbillon model added to the existing pieces in this new line in less than twelve months, Cartier have released models at all ends of the horological spectrum in this new shape, so I guess in a few months we will find out what comes next, and whether it will be other Rotonde movements in this new case shape.