At SIHH 2011 Lange & Söhne released a Saxonia Dual Time watch for travellers. This year, as part of a revamping of three Saxonia models, they have also made some alterations to the Dual Time. It is now 38.5mm as opposed to the previous 40mm, which puts it on par with the base Saxonia, and there are some cosmetic changes to the dial.

Firstly though, an explanation of how it works. When used in its ‘base’ or ‘home’ mode, only the core time hands will be visible; the blued hand will be hidden under the hour hand until it is required. 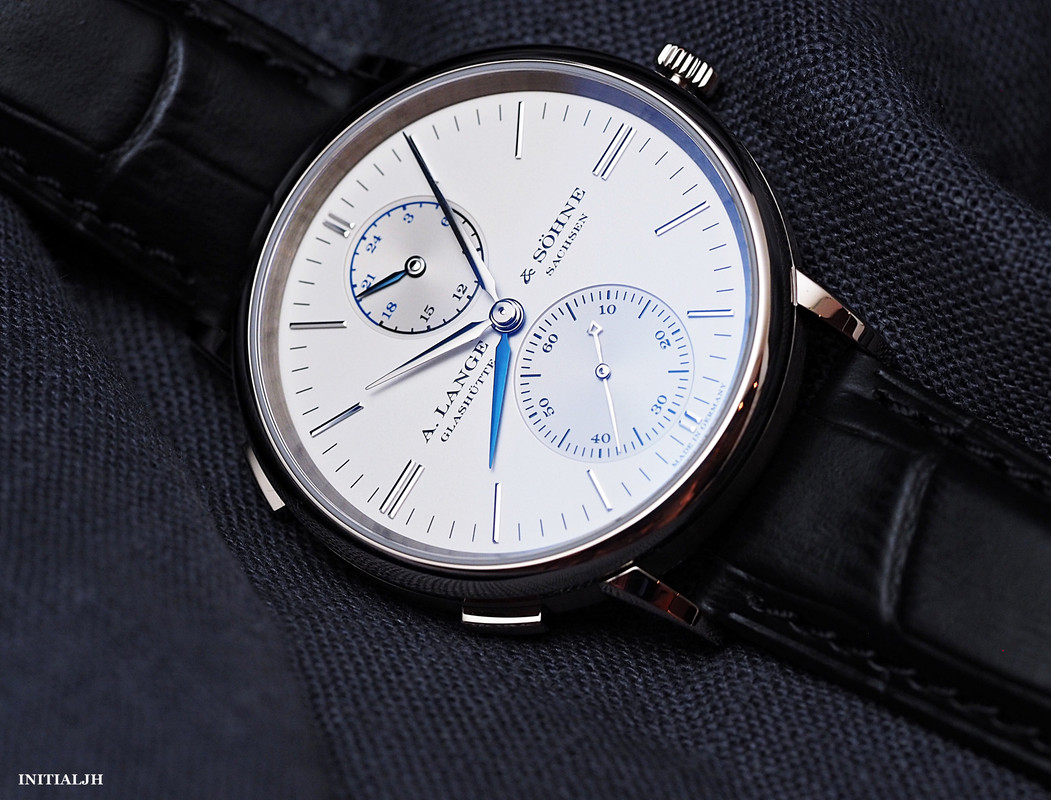 So how do you read the time when travelling? The ‘home’ time will be indicated by the blued hand, so you simply set it to the appropriate time, which will not required to be changed as you travel between time zones. As an addition, the by setting it to the time where you live, it acts as a reference. When travelling across timezones, the 24-hour subdial at 12 o’clock, which also has a blued hand, displays the same home time in 24-hour format which allows you to determine if it is day or night at home. 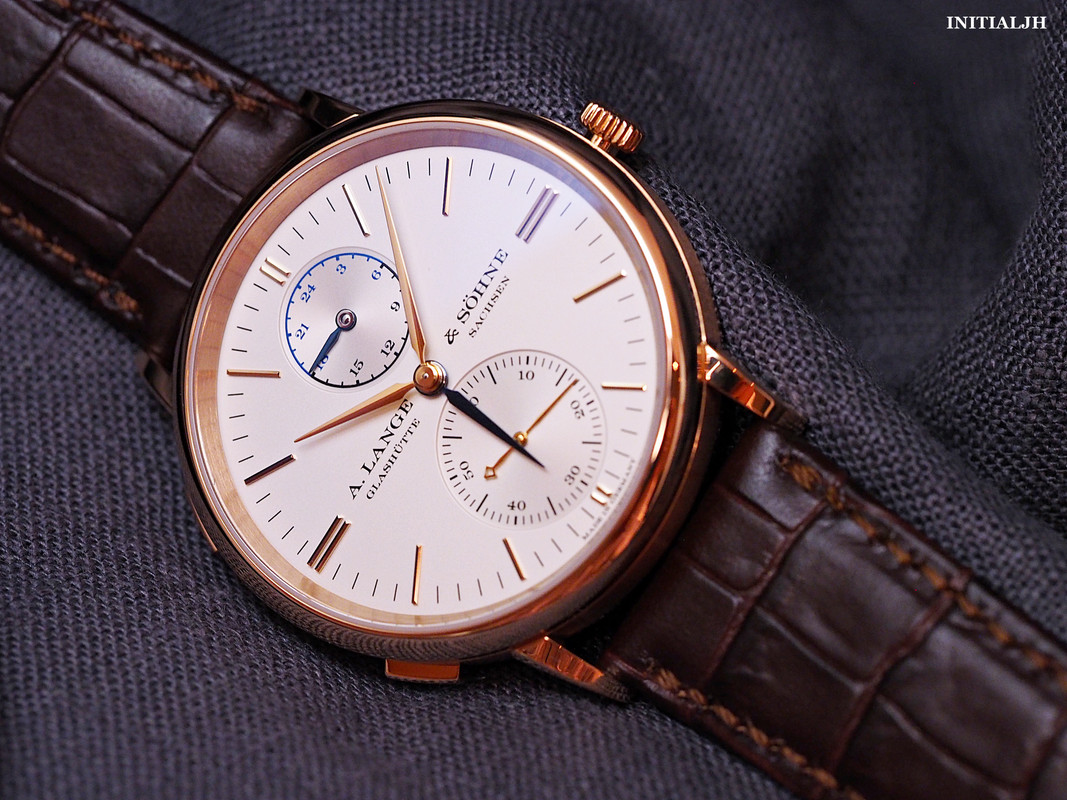 To change timezones and set your ‘local’ time, use the pushers on the left hand side of the case. The pusher at 8 o’clock advances the gold hour hand in one hour increments, and the pusher at 10 o’clock moves the hour hand counter-clockwise in one hour increments. This allows the wearer to easily set the hour of a second time zone without needing to adjust the crown. Even when you aren’t traveling you can still set the watch to a second time zone. Minutes for both timezones are displayed via the gold minute hand. Seconds are displayed via the small second subidal at 6 o’clock.

Inside is the automatic Calibre L086.2 that is in its bigger predecessor, with a power reserve of 72-hours. 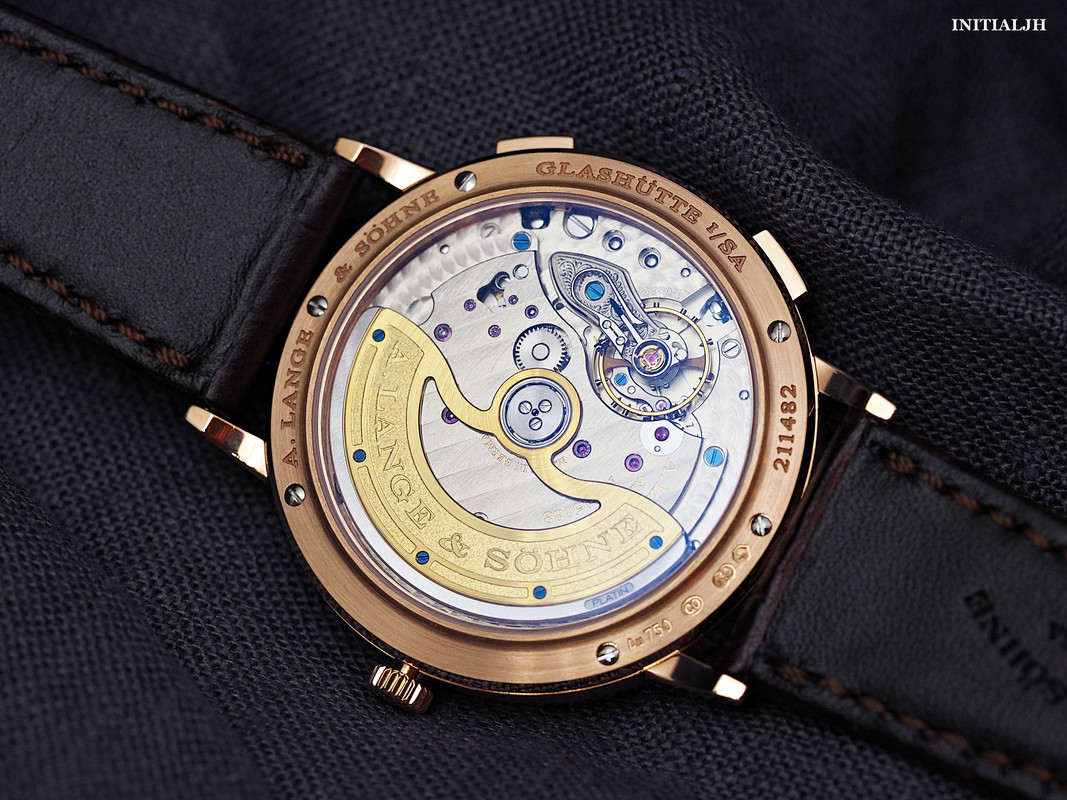 So what are the differences between this update and the original apart from the size? Well here’s a photo of the earlier version, the cosmetic changes are self-evident. 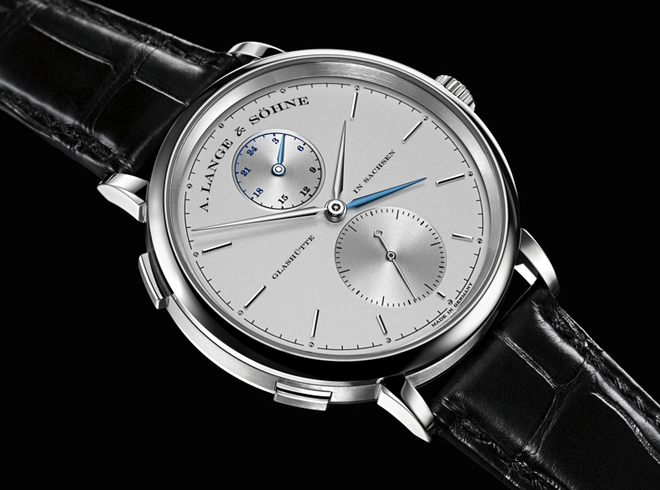 Whether you prefer the new dial or the old is, in the end, a purely personal matter (I prefer the new version), but it is interesting to see Lange take a watch that was already not considered to be big by current sizes and downsize it even further. There is nothing dramatic about this new model or in fact any of the changes to the Saxonia, but nonetheless I feel that they are worth noting not just because for many watch folk a lot of the decision-making process lies in these small details, but also because I actually do think the new dial design looks better, especially the text placement.