In my watch wanderings before the start of SIHH week it has become customary for me to visit De Bethune to see some of their pre-Baselworld launches. This time we had a new watch companion, London’s #thewatchnerd; be sure to check his website for an upcoming post on De Bethune called ‘The sky’s the limit’ that I know is in the works.

This new Zodiac model uses the standard DB25 case with its short openworked lugs – a 44mm white gold case with a thickness of 10.6mm, and is basically the same watch in a different manifestation. 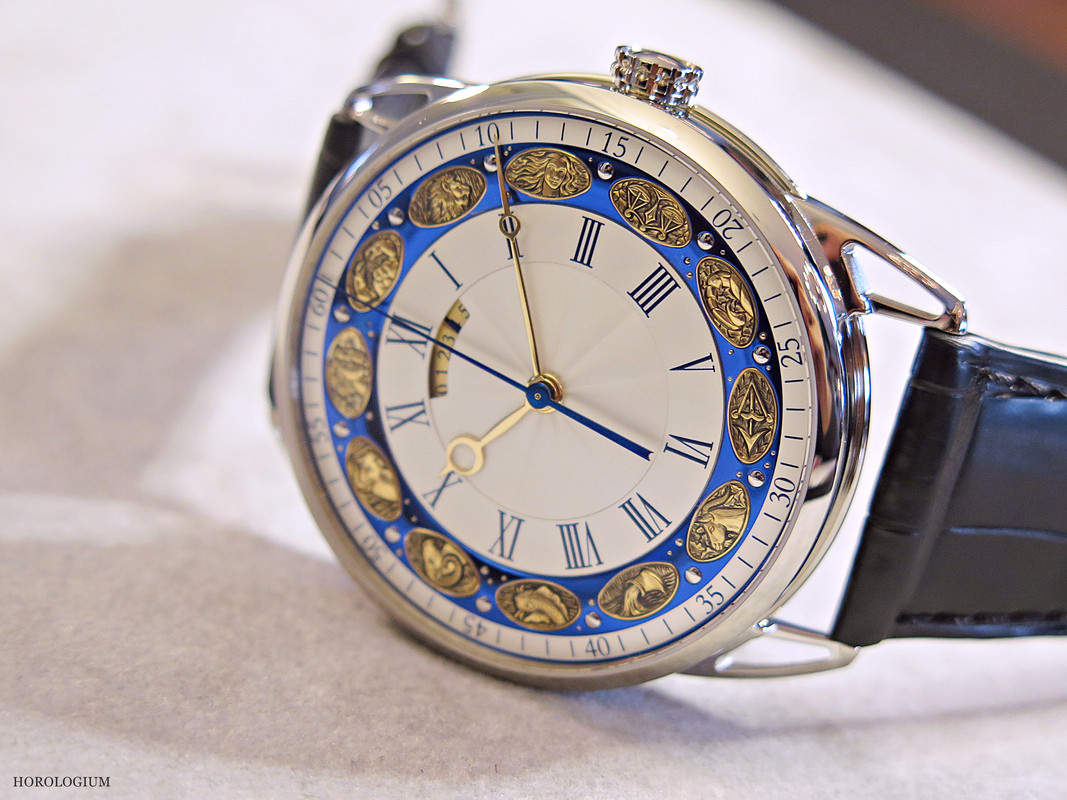 Design wise it features one of the magical shades of De Bethune blue to represent the sky. This blued titanium forms the backdrop of the hand-engraved twelve zodiac signs. The dial so features silver guilloché in the centre, yellow gold hands a a blued seconds hand for the jumping/ deadbeat seconds and the movement indicator beneath 12 o’clock that is a feature of all DB25 models.

Hidden from view on the back is the manual-ind 36,000 VPH DB2109 movement with a silicon-titanium tourbillon with 30-second indicator. The tourbillon comprises of sixty-three parts which weigh between 0.0001g and 0.0276g. The movement itself consists of 320 parts with ‘Côtes De Bethune’ blued titanium bridges and parts, silicon/ white gold balance and a power reserve of four days. 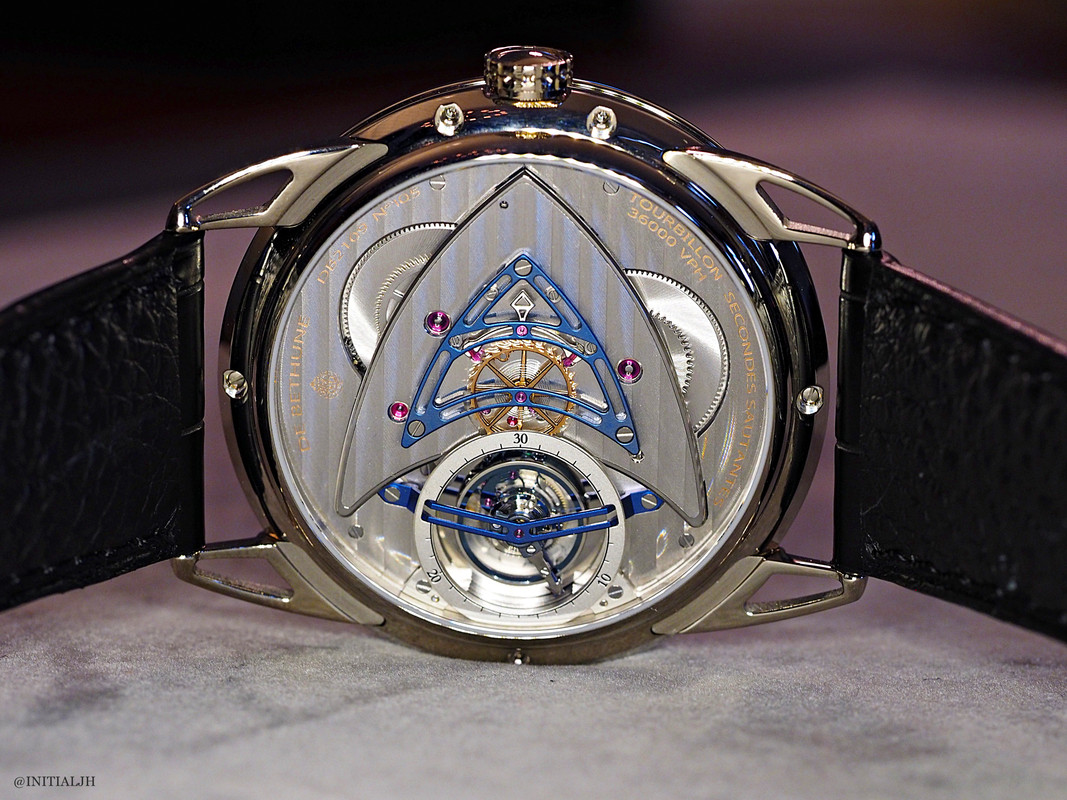 For those who are interested, here is a short film (2011) from the FHH about Master Engraver Michèle Rothen. The Zodiac will be made in a limited edition of twenty pieces.