You may have heard of or seen the Blancpain Super Trofeo watches and be aware of Blancpain’s support of motorsports, but perhaps you may not be totally across about what the Super Trofeo is. I confess that I wasn’t as au fait with it as I should have been until I recently attended the Grand Finals at Sepang Circuit, Malaysia, with Blancpain. 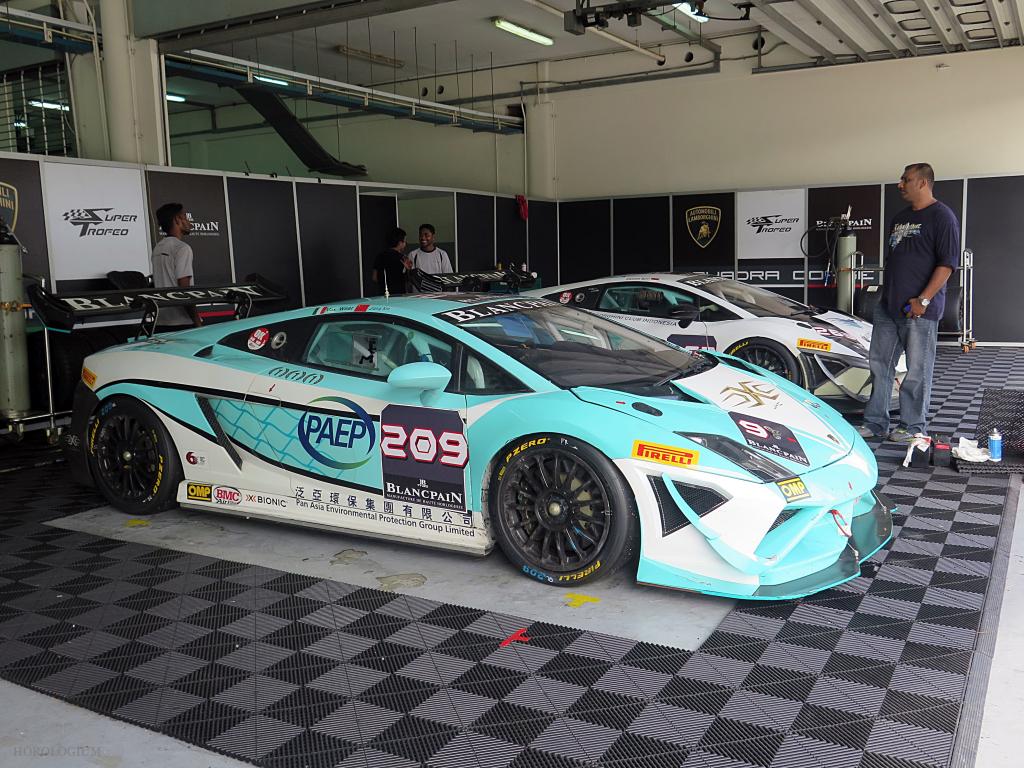 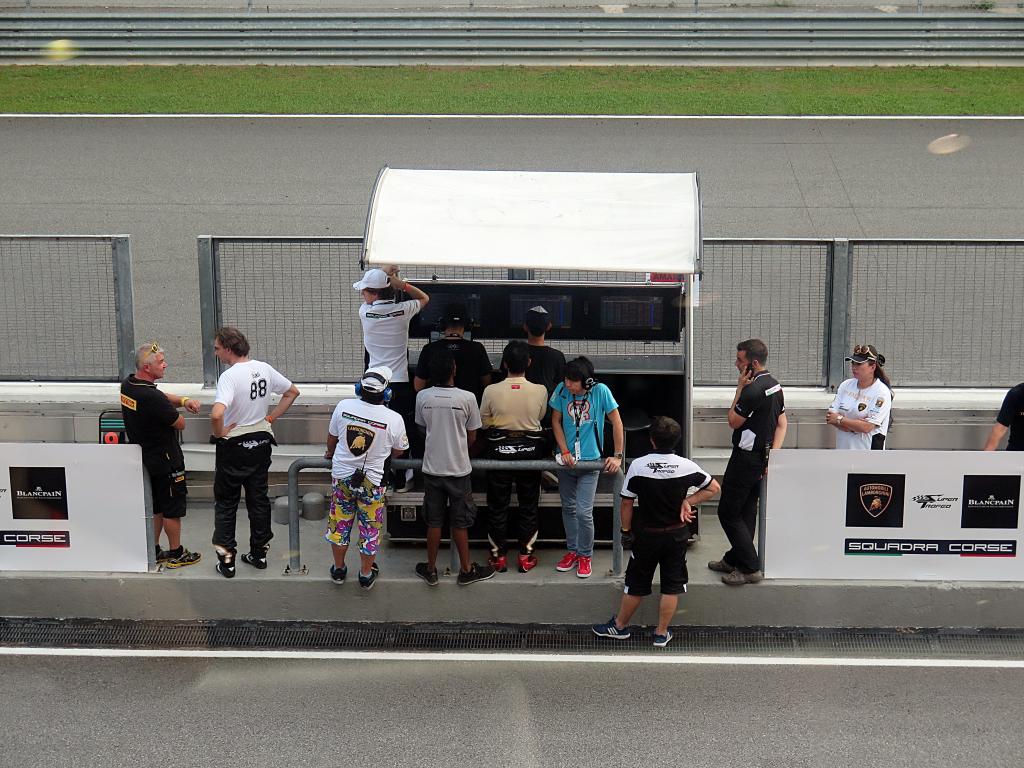 Although perhaps historically more associated with water rather than land related adventures, Blancpain’s partnership with Automobili Lamborghini appears to be enduring; it started in 2009 when they launched the Lamborghini Blancpain Super Trofeo in Europe, with a series in Asia following in 2012 and in 2013, the United States joining the now international circuit. 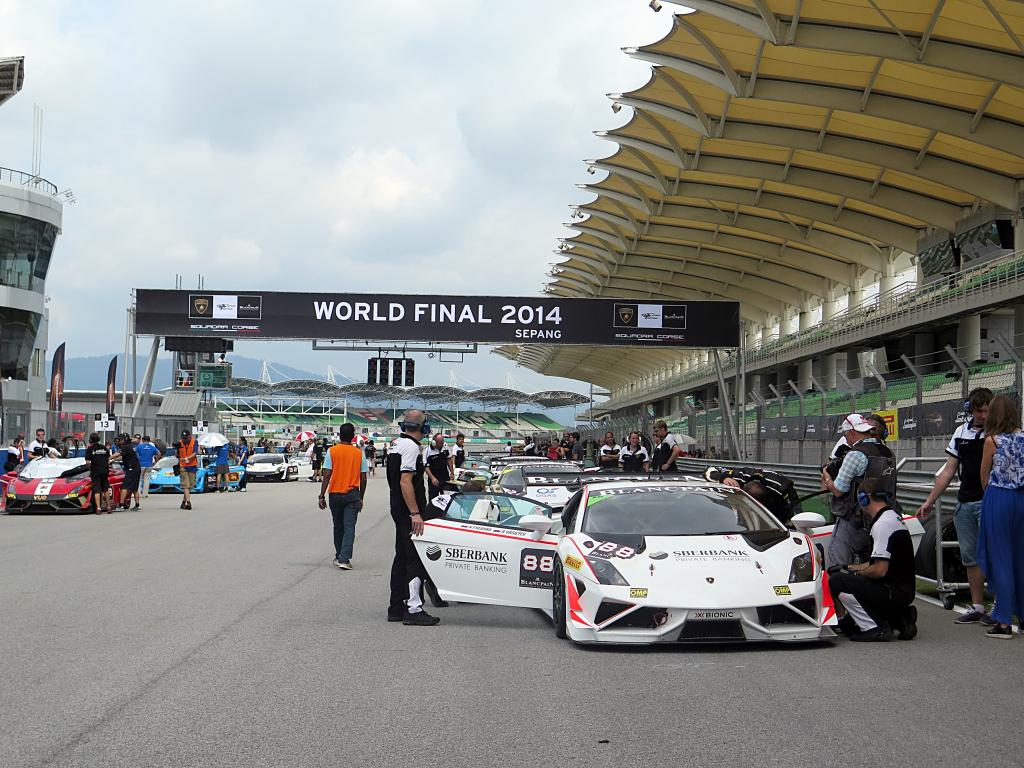 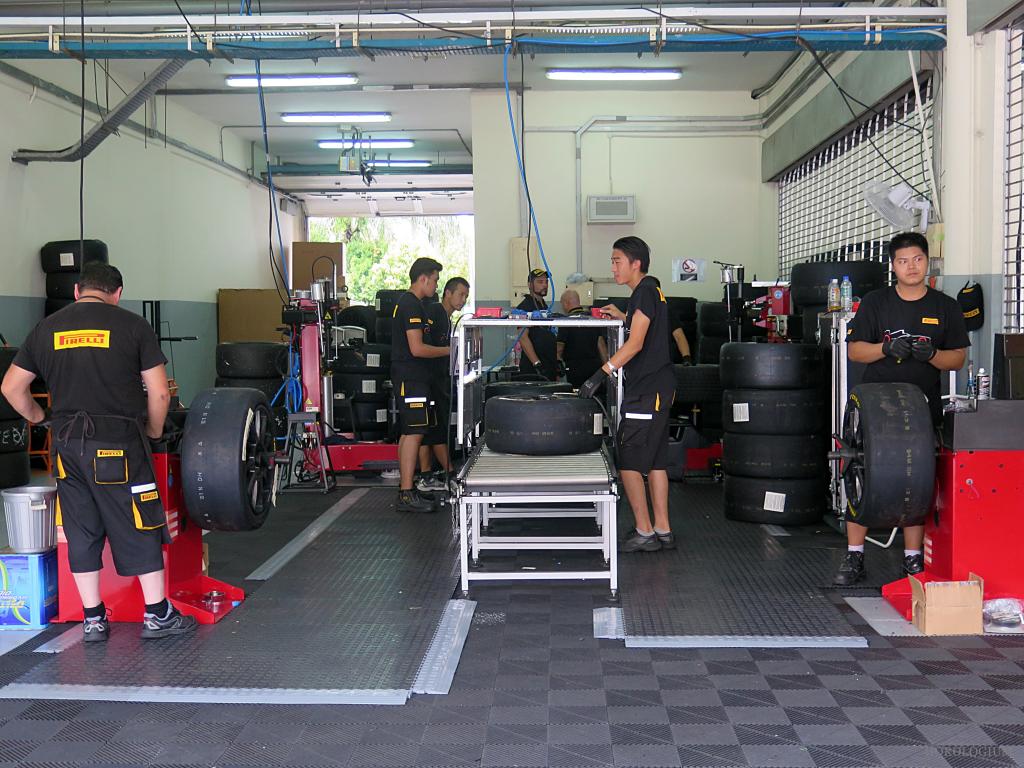 The Super Trofeo is, essentially, the modern version of what used to be called races for ‘Gentleman Racers’, although with the experienced Christine Surer the first woman to have competed in the Super Trofeo in 2009, the terminology does not mean participation is restricted to male drivers. It is what is called a single-make series, with entrants (either individual or in terms of two) divided into ‘amateur’ and ‘pro-amateur’ categories. Each race weekend consists of one qualifying race and two 50-minute official races, and the finalists of the three series championships meet for the Grand Finals weekend. 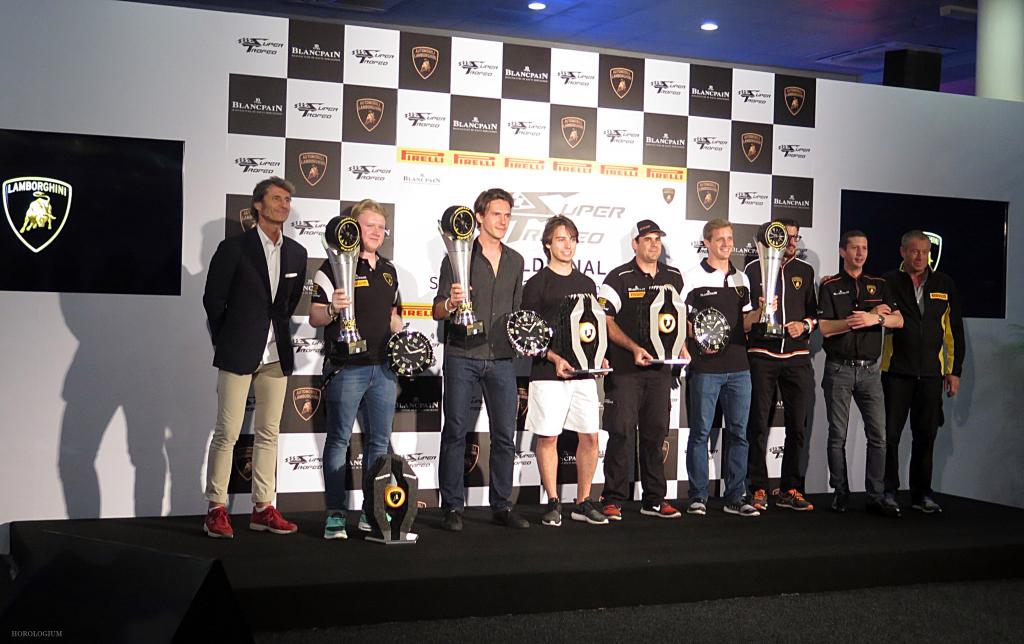 With Automobili Lamborghini President and CEO Mr. Stephan Winkelmann on hand to both watch and present the awards for 2014, the Bonaldi Motorsport team of Edoardo Piscopo and Milos Pavlovic won the PRO Class World Final title after having already claimed the PRO Class European Crown.

With one win each for Kevin Conway-Lawson Aschenbach and Gerhard Tweraser-Tomas Pivoda, the PRO Class World Title was awarded to the American duo (Change Racing). The Lamborghini Racing Team U.K.’s top driver Jack Rattenburty came first in the AM Class. 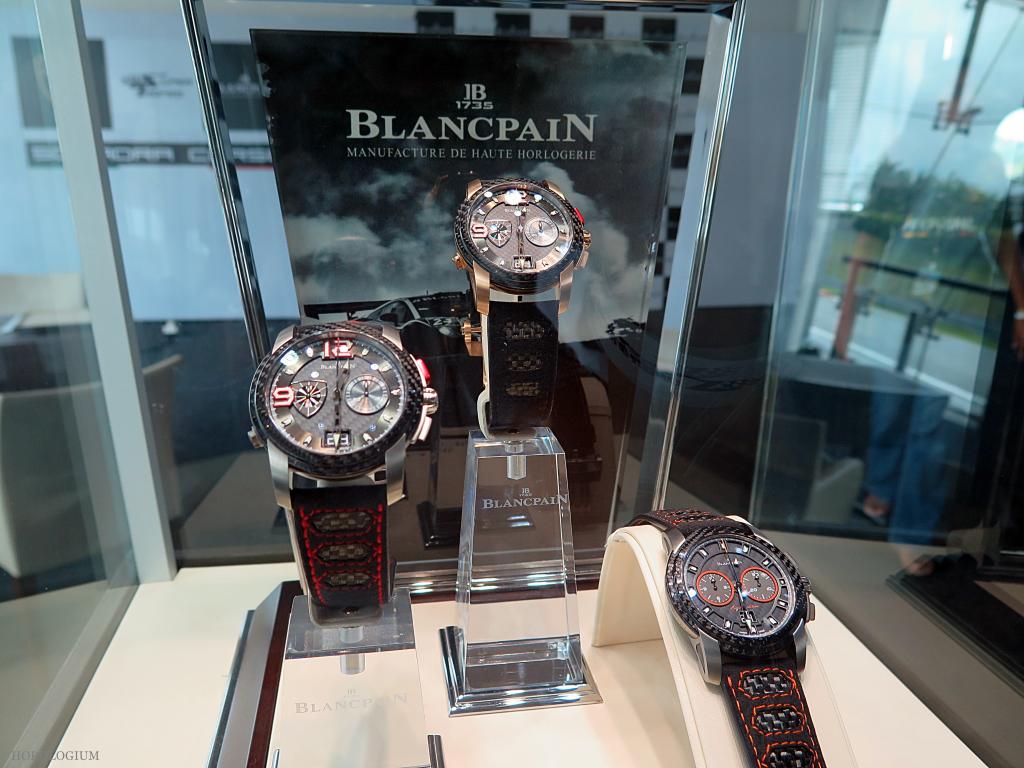 Mr. Stephan Winkelmann awarded to the three Class winners of the World Final the Trofeo Mamè, and winners also received from the main partner Blancpain a L-EVOLUTION Chronographe Flyback “Super Trofeo” with the automatic Caliber F185. 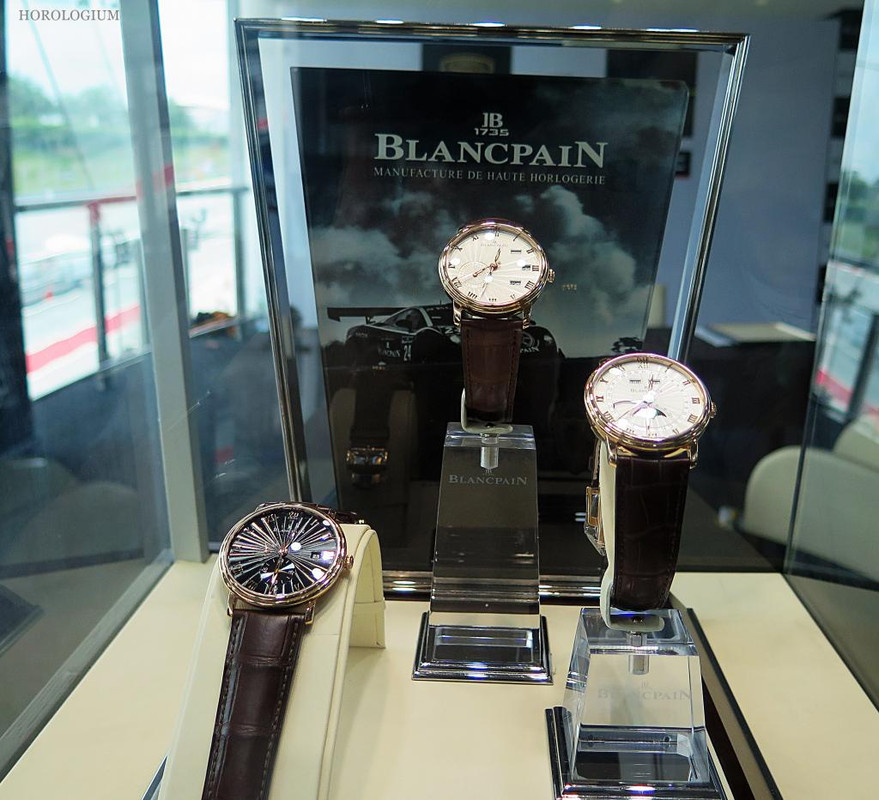 It may have been a motoring event, but Blancpain also showcased some of its more classic watches, including a moonphase, which is perhaps my favourite Blancpain complication. 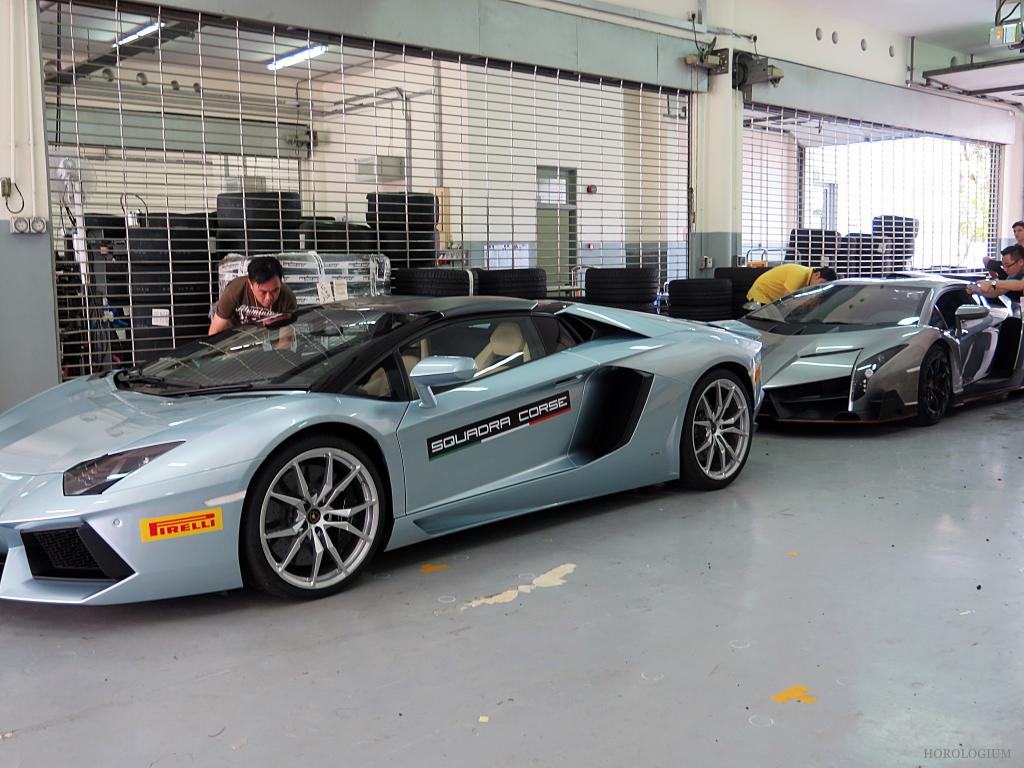 As part of the weekend’s activities we had the opportunity to do a hot lap. This was my first experience, and alas only one lap. Too too fleeting, as I realised that I could develop a taste for that sort of speed. The Lamborghini Squadra Corse referred to on the side of the car is a specialist team within Lamborghini’s R&D department dedicated to motorsport including GT3, the Super Trofeo series, and a customer driving program. 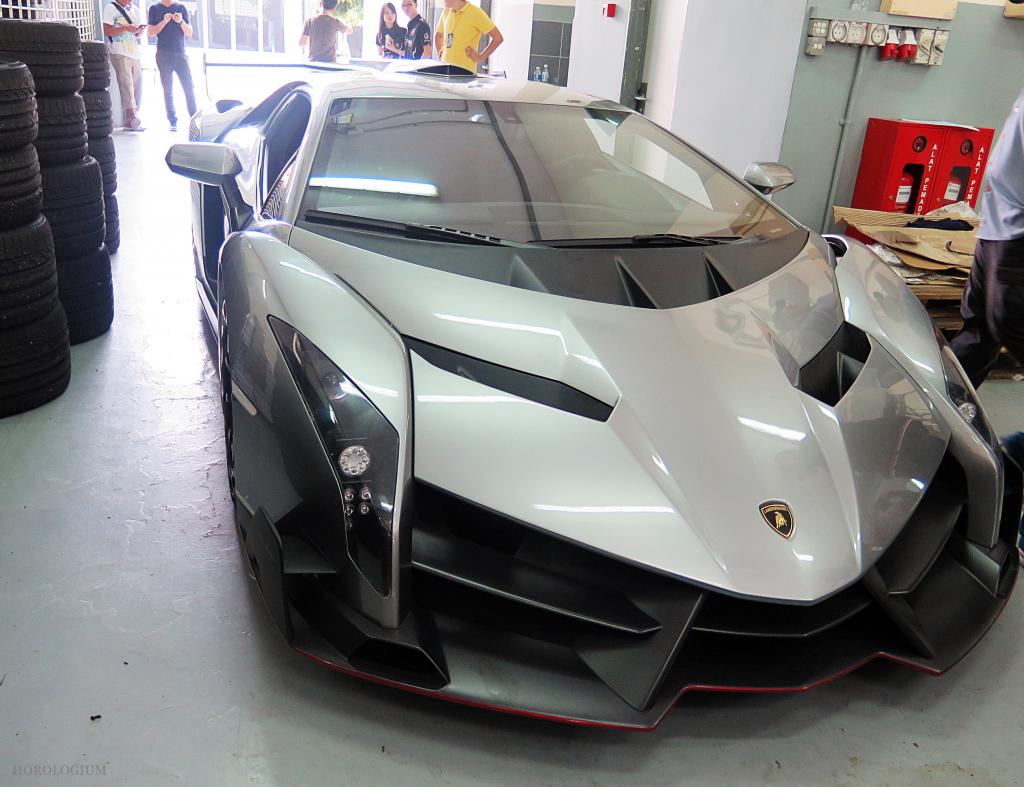 Saturday’s adventures at Sepang also revealed the presence of a Lamborghini Veneno, of which there are only three that are privately owned; a magnet for everyone, and looking pretty much like it drove out of a film involving your preferred superhero. For an oh-so-brief moment I hoped that maybe I would have the opportunity to have a hot lap in the Veneno. A tantalising thought. 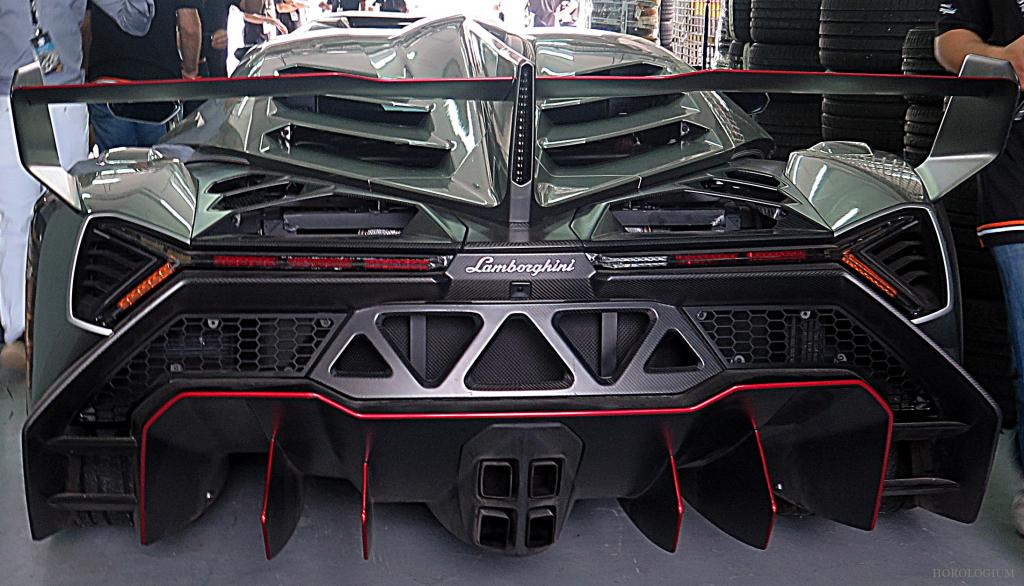 So what does 2015 hold? Well most importantly, the new Lamborghini Huracán LP 620-2 will debut, sharing the grid with the Lamborghini Gallardo Super Trofeo. The Huracan Super Trofeo is the racing version of the Son of Gallardo. Created with Dallara Engineering, Giampaolo Dallara was personally involved in the Super Trofeo Huracan’s development, and it was created especifically for the series. With a hybrid carbon fibre and aluminum chassis and a kerb mass of 1270kg, it weighs 152kg less than the on-road version and 70kgs less than its predecessor, the Gallardo Super Trofeo, due to the elimination of the front drive shafts, making it a rear-wheel drive as well. 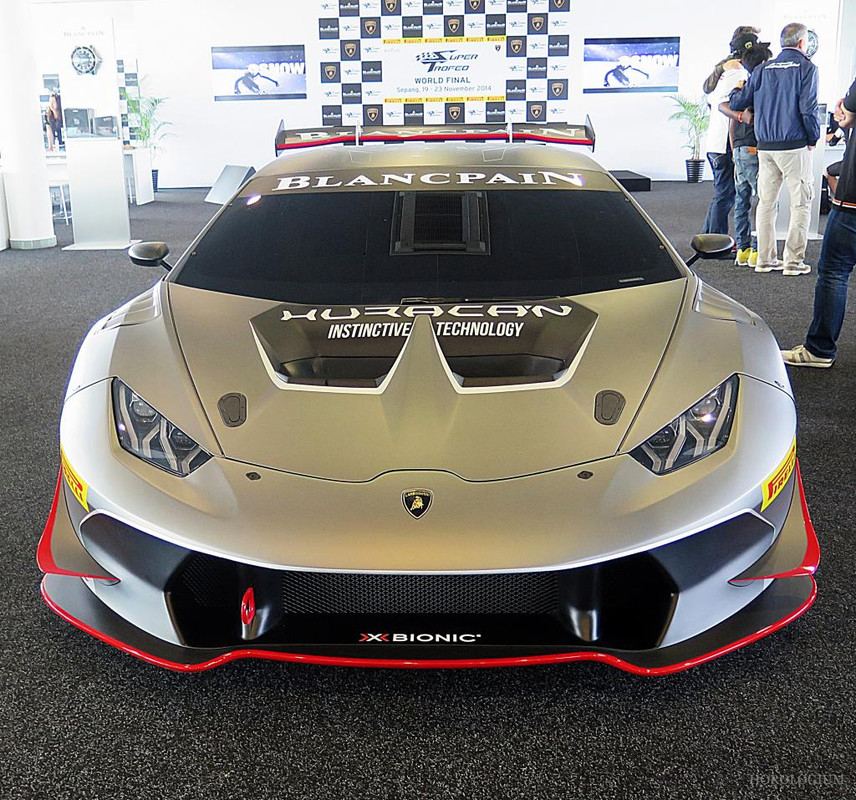 There are two free practice sessions of 60-minutes maximum.

For the first race: Will be determined by the fastest time achieved by each car during the qualifying practice session. Should more than one car set the identical time, pole position will be given to the one which set it first.

For the second race: The starting grid is determined by the order of classification of the first race.

A maximum of fifteen minutes before the time of the start of the race, the cars will leave the pits / pre-start to cover a reconnaissance lap. At the end of this lap they will stop on their respective grid position in starting order with their engines stopped.

The approach of the start will be announced by signals shown 10 minutes, 5 minutes, three minutes, one minute and fifteen seconds before the start of the formation lap.

When the one minute signal is shown, engines will be started and all team technical staff must leave the grid.
Fifteen-second signal: fifteen seconds AFTER this signal, a green flag/light will be shown at the front of the grid, whereupon the cars will begin a formation lap with Lamborghini’s official car leading, maintaining their starting order. During this lap, the formation must be kept as tight as possible.

Rolling start: at the end of the formation lap, the Lamborghini official lead car will pull off the track. The cars will continue on their own with the pole position leading at a minimum speed of 70 kph and maximum of 90 kph. The starting signal will be given by means of green starting lights activated under the control of the starter.

The Lamborghini Blancpain Super Trofeo is intended primarily for private teams and non-professional Gentlemen Drivers. Therefore, Silver and Bronze Drivers (as defined below) will be allowed.

Silver: amateur driver satisfying at least one of the following criteria:
Driver aged under 30 and not satisfying the criteria for the Platinum and Gold categories (FIA)
Driver satisfying the criteria of the Platinum category but aged 60 or over.
Driver who has finished in 1st place in the general classification of national Championships or international series in association with a professional driver according to the criteria for the platinum category.
Driver who has won a non-professional drivers’ series (such as Ferrari Challenge, Maserati Trofeo, Lamborghini Blancpain Super Trofeo)

Bronze: amateur driver satisfying at least one of the following criteria:
Driver who was over 30 years old when his first licence was issued, and who has little or no single-seater experience.
Driver under 30 without significant race experience.

Driver pairings: one Crew (pair of drivers for the same car) may not be composed of two Silver drivers. All other pairings (Silver-Bronze and Bronze-Bronze) are possible.

Oh and what about me? Well I don’t see myself entering anytime soon, but an acquaintance has given me the tantalising posibility of a ride in a Huracan next year. It seems that the Super Trofeo may have revealed a side of me that I didn’t know existed…