That the Longines Heritage collection is my favourite of their lines is no big surprise, I’ve certainly blogged as such during the short life of Horologium (e.g. the the 1938 Collection), so it was with great pleasure that I accepted the invitation of Longines Australia to look at many of their Baselworld 2014 releases, of which I have already covered the Longines Heritage 1935 in this recent post.

As with many others in the same collection, the new Longines 24-Hours Single Pusher Chronograph (Ref. L2.797.4.73.0) is inspired by Longines’ aviation watch history.

The new 24-Hours Single Pusher Chronograph harks back to Longines pilot’s watches from the 1950s and in a nutshell, the shorter hour hand indicates the hours on the inner hour track, whilst the minutes are indicated on the outer scale, which also doubles as the centre chronograph second hand.

For those who have some familiarity with Longines’ large heritage models such as the Avigation A-7 and the Weems, the 47.5mm size of this stainless steel piece will be a bit easier to get your head around, although this has a smaller wrist presence when worn. According to Longines the model on which this is based, which is in the Longines Museum, was fitted with a pocket watch calibre, hence the size. 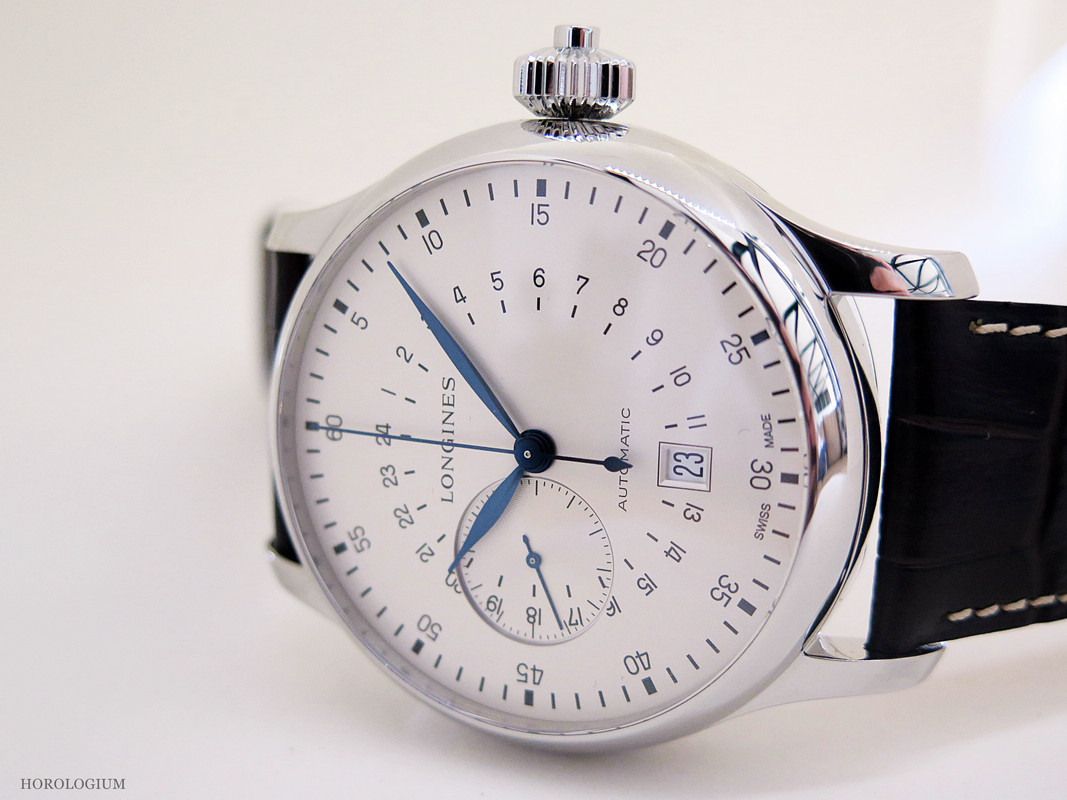 At 18:00 (i.e. 9 o’clock position on a ‘normal’ watch dial) is a seconds subdial and at 12 o’clock (6 o’clock on regular dials) is a date window. Inside is Longines’ automatc single pusher column wheel chronograph movement calibre L789 with a 54-hour power reserve, the same movement that was used by Longines in their 180th anniversary monopusher chronograph. 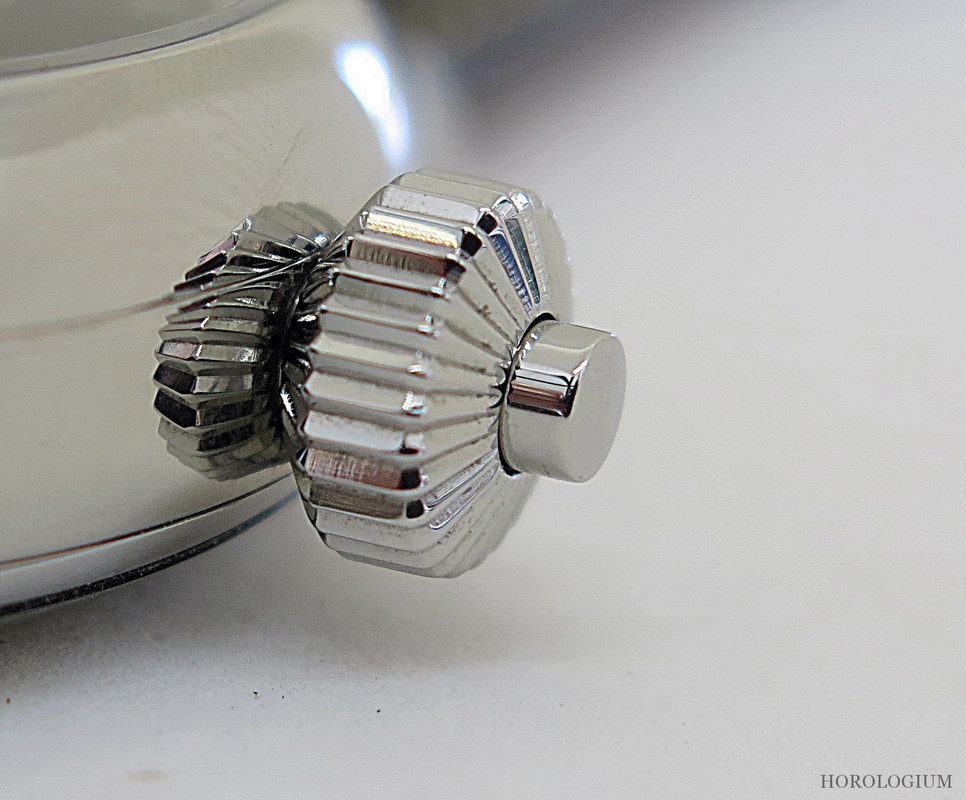 For those unfamiliar with monopushers, if you look carefully at the crown you will notice a small pusher that is protruding but embedded within it. This starts/ stops/ resets the chronograph, as versus the more conventional dual pushers on either side of the crown. As referred to earlier, the chronograph function is displayed through a central hand, which shows the elapsed time up to one minute. Unfortunately, this was not a functioning model but a prototype, so I was unable to test the chrono function. 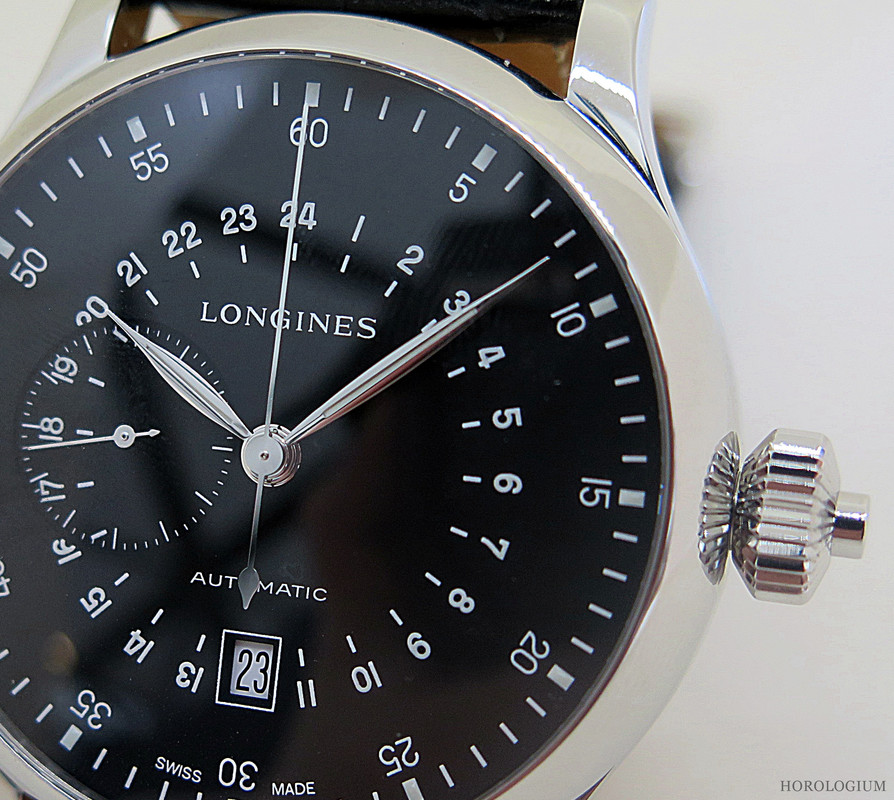 The Longines Twenty-Four Hours Single Push-Piece Chronograph is fitted on a black or brown alligator strap to match the color of the dial. Each watch is individually numbered. 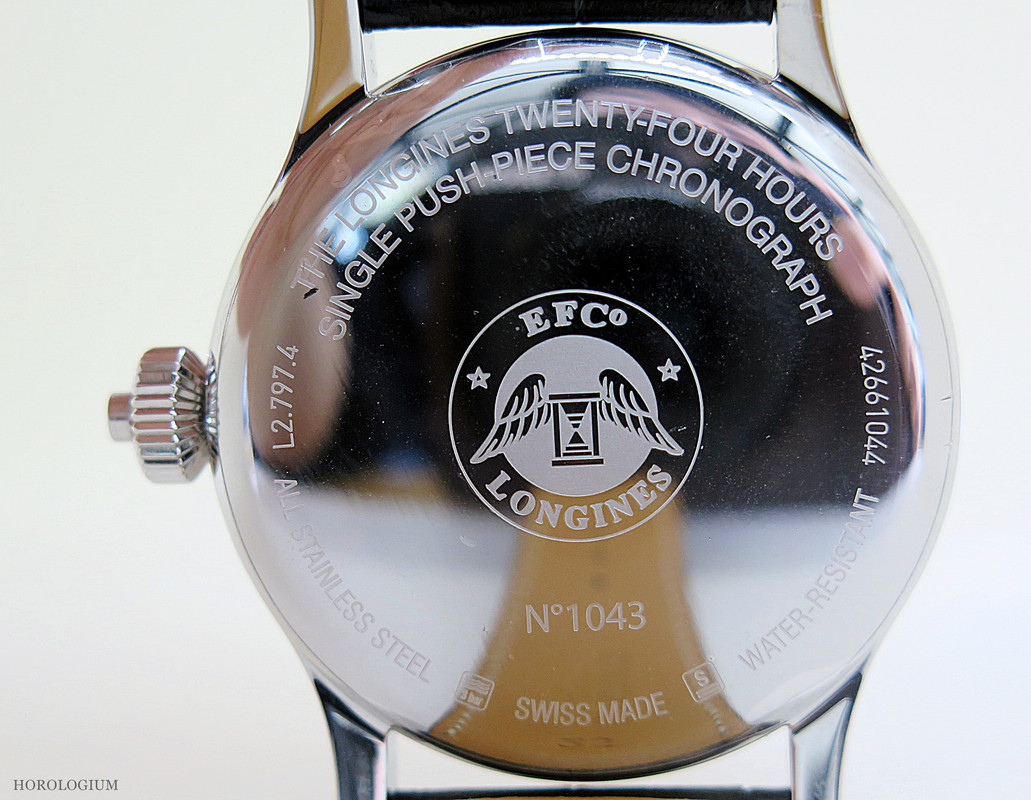 We come yet again to the commonly asked question when it comes to the Heritage Collection – was the addition of a date function necessary? Probably not, but I find it less intrusive than the date window on this year’s Heritage 1935.

This isn’t Longines’ only 24-hour watch in their Heritage Collection. A couple of years ago they released the L2.751.4.53.4, also 47.5mm in size, but its functions were just the time, date (at 3 o’clock) and a central sweep seconds hand.

To see a 1942 24-hour deck chronometer from Longines which is clearly the predecessor of this new model, watch the video below, one of a series of interesting short films on YouTube from Longines about their Museum. You know what? I really like the original design with the power reserve.

For a look at another Longines Heritage Collection monopusher, this time with a ‘red 12’ click here. For the purists, here is a post on an original 1938 Longines Lindbergh and a rare Longines Wittnauer Second Setting watch.