Known for its solid and reasonably priced watches, perhaps it is somewhat a lesser known fact that during the course of its 110 year history, Oris has also created the odd movement or two. In fact between 1904 and 1981, they developed 229 in-house calibres, until they made a decision to cease movement production in 1982, and instead move to module development with ETA and then Sellita, although since then, they have had some in-house features added to these module movements, and developments such as their first regulator (Calibre 649), a world timer (Calibre 690) based on an ETA 2836-2, a 24-hour pilot’s watch (Calibre 653) and a retrograde date (Calibre 753) .

Fast forward to 2014, and Oris have decided, to commemorate their 110 year anniversary, to launch the manual-wind Calibre 110, their first mechanical movement in thirty-five years and with a remarkable ten day power reserve (at 3 o’clock) and patented non-linear power reserve indicator. With 177 parts, it features hand-bevelled and hpolished bridges, is 21,600 VPH and 34mm in size. 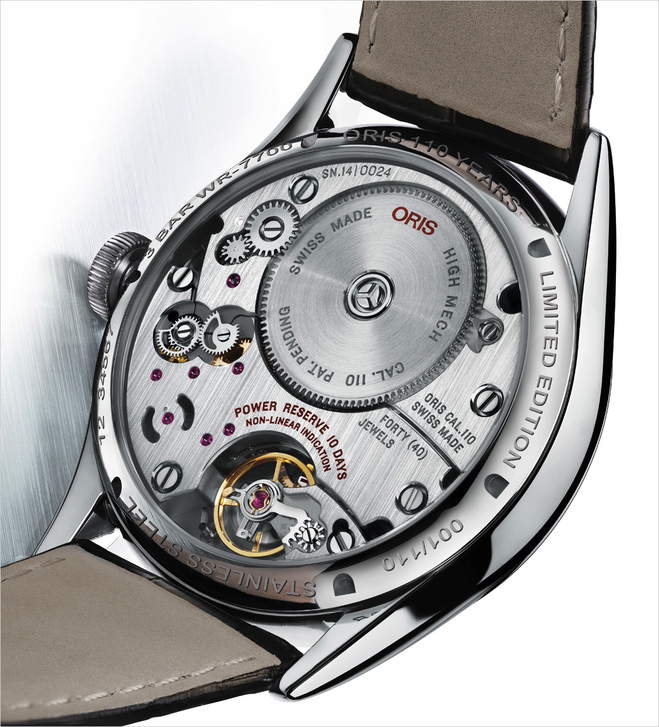 The development of the Calibre 110 has taken a decade of development, and Oris worked with Swiss technical specialists and with L’École Téchnique Le Locle on the project over a decade.

The Calibre 110 will appear in a new watch, the Oris 110 Years Limited Edition, an elegant and dressy 43mm sized piece coming in rose gold and stainless steel, both in a limited edition of 110 pieces. 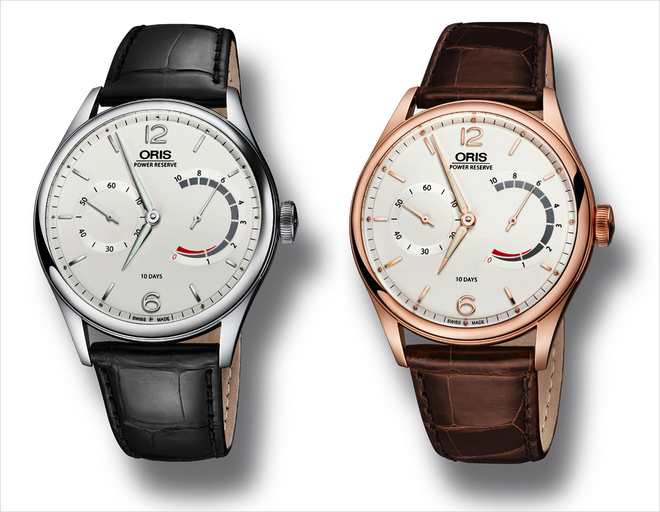 The dials have an opaline silver dial with applied indices and numerals, polished hands, and come on Louisiana crocodile leather straps. This is a good-looking watch, with a simple clear and balanced dial. That Oris have decided to get serious about in-house movement development again means that they aren’t content to rest on their laurels as well-built watches with broad appeal, but that they want to be taken seriously mechanically as well. This is a space worth watching.