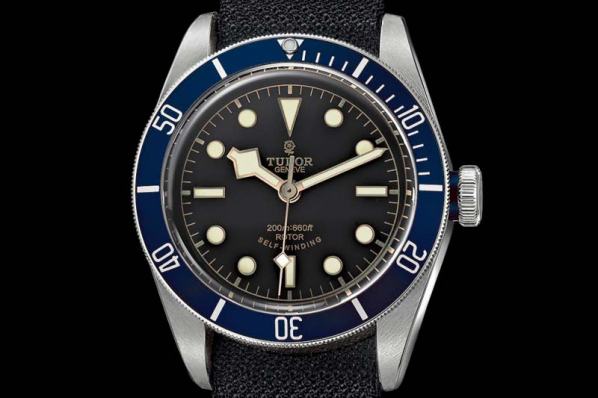 The arrival of a ‘Blue Bay’ model at Baselworld 2014 generated as much buzz as its elder sibling, the very popular Black Bay, did in 2012. To find out about the 2012 version, click here, and to read about the other big model that came out that year, the Pelagos (the watch world seems to have divided into those who are ‘Team Pelagos’ and those who are ‘Team Black Bay’), click here.

This new version, which I’ll call ‘Blue Bay’ for ease of distinction, is in a 41mm polished stainless steel case with a matte midnight blue bezel. Its dial is matte black rather than the ‘dark brownish’ tone of the first model, and the hands and markers are now white rather than cream, but it retains all basic design details. 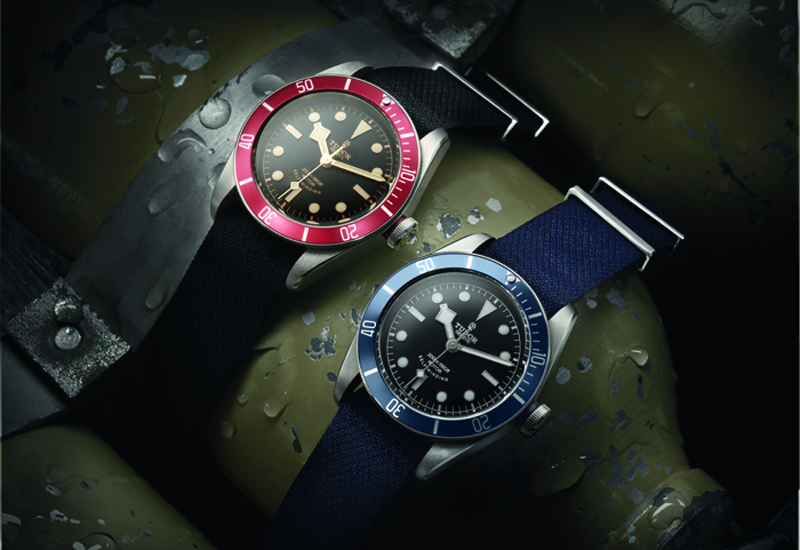 As mentioned in the previous posts, the Blue and Black Bays are not so much a re-issue as an amalgam of different historical designs of note. The Blue Bay also uses the automatic Calibre 2824, which has a power reserve of 38 hours.

The new Blue Bay’s stainless steel has both polished and satin finishing, and the midnight blue rotating bezel is unidirectional. There is also a blue anodised aluminium crown tube, and the crown is screw-lock and engraved with the Tudor rose. Its hour, minutes and seconds hands are ‘ice-white’ lumed and all have silver rather than gold outlines. 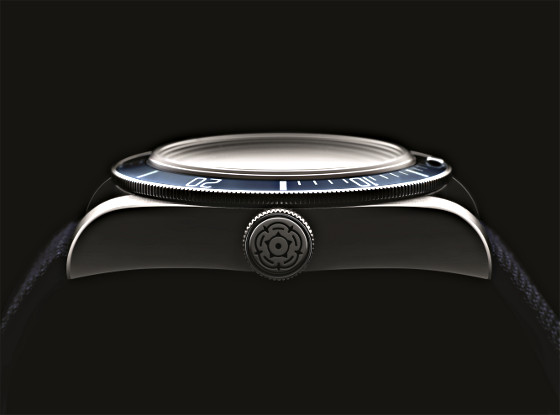 It comes on either a dark ‘aged’ midnight blue leather strap or a polished steel bracelet, but both of these versions also come with an additional fabric strap. Judging from the photos, this strap is my pick of the three. 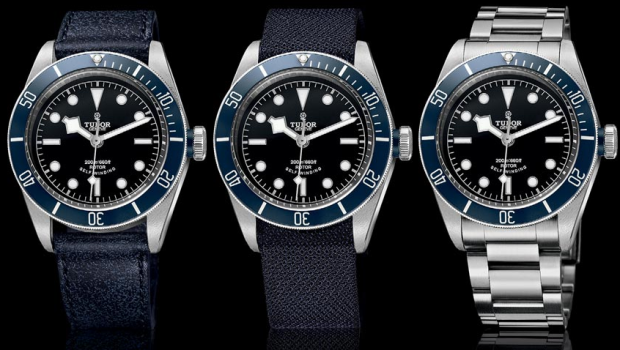 Why blue? It is a nod to the blue Tudors that were issued to the French Navy. You can read about the relationship between Tudor and the Marine Nationale at Tudor Collector’s site and at Vintage Hour.

I shall wait until I can see it ‘in the metal’ (it is due for release in the U.S. in June), but initial indications are that this might move me from ‘Team Pelagos’ to ‘Team Black Bay’…