This year the Lange booth at SIHH 2014 was dominated by another outsized watch, fit for a particularly large Ent, if Ents had wrists, wore watches and were the slightest bit interested in perpetual calendars.

With its own display area in the booth, the Richard Lange Perpetual Calendar “Terraluna” was Lange’s showpiece, though judging from the press presentation, which was endearingly low key and humour-filled, you’d be forgiven for thinking that they simply dashed the thing off during a rainy afternoon or two.

In a 45.5mm pink gold or white gold case and with a height of 16.5 mm, the Terraluna has a classic A. Lange & Söhne dial layout, and is powered by the manual wind calibre L096.1 with a fourteen day power reserve. 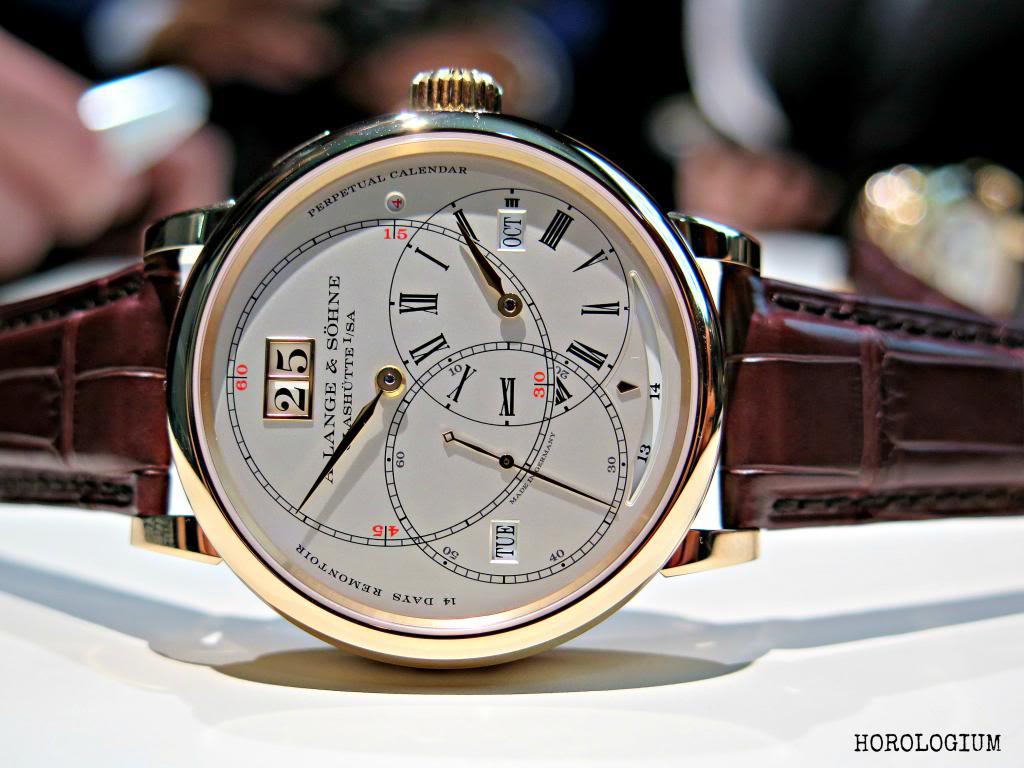 For those not familiar with Lange or regulator dials, the large circle is at the top of the dial indicates the minutes, and the smaller dials for the hours (right) and seconds (left) are beneath it. The calendar is easy to read, and the leap-year indicator is in a small round aperture on the right hand side of the ‘15’ on the minute circle. All displays of the calendar switch forward instantaneously.

The patent-pending orbital moon-phase display is visible through the sapphire-crystal case back, and shows the current moon phase as well as the positions of the moon and sun from the northern hemisphere. Queries as to whether the southern hemisphere might be included weren’t met with a resounding ‘no…

The moon-phase display shows the location of the moon relative to the earth and the sun, and is comprised of three discs. 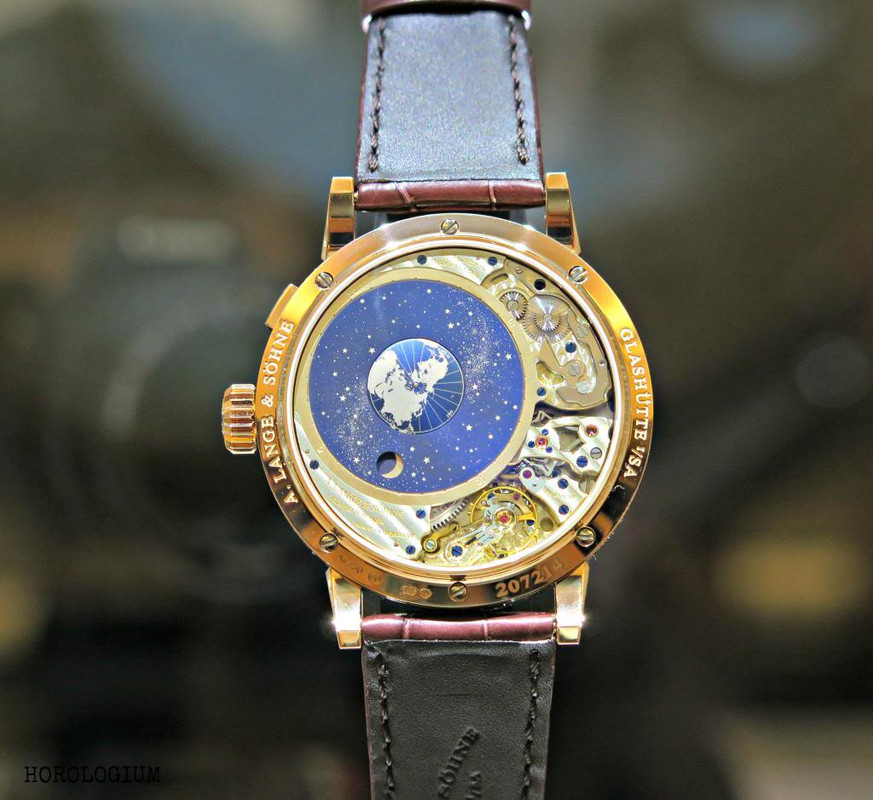 On the star-studded celestial disc the moon, which is visible through a round aperture, orbits around the earth anti-clockwise once a month. The mechanism reproduces the synodic month of 29 days, 12 hours, 44 minutes, and 3 seconds, and it will be 1058 years before the display needs to be corrected by one day. Beneath it, the lunar disc rotates, featuring two round new moons. The moon phases can be observed through the aperture in the celestial disc. The third disk is the constellation view, wherein the position of the sun is occupied by the balance. For example when there is a new moon, the dark moon is between the earth and the sun. When it’s a full moon, the moon phase appears full and bright.. In the centre, the earth rotates once a day. It is daytime on the half that faces the sun, and night-time on the other. The hemisphere disc is slightly curved, to represent the curvature of our planet.

On a practical level, the crown is for winding the watch and setting the time, there is a pusher for advancing all calendar displays, and small recessed pushers for the correction of month, day of week, and moon phase. 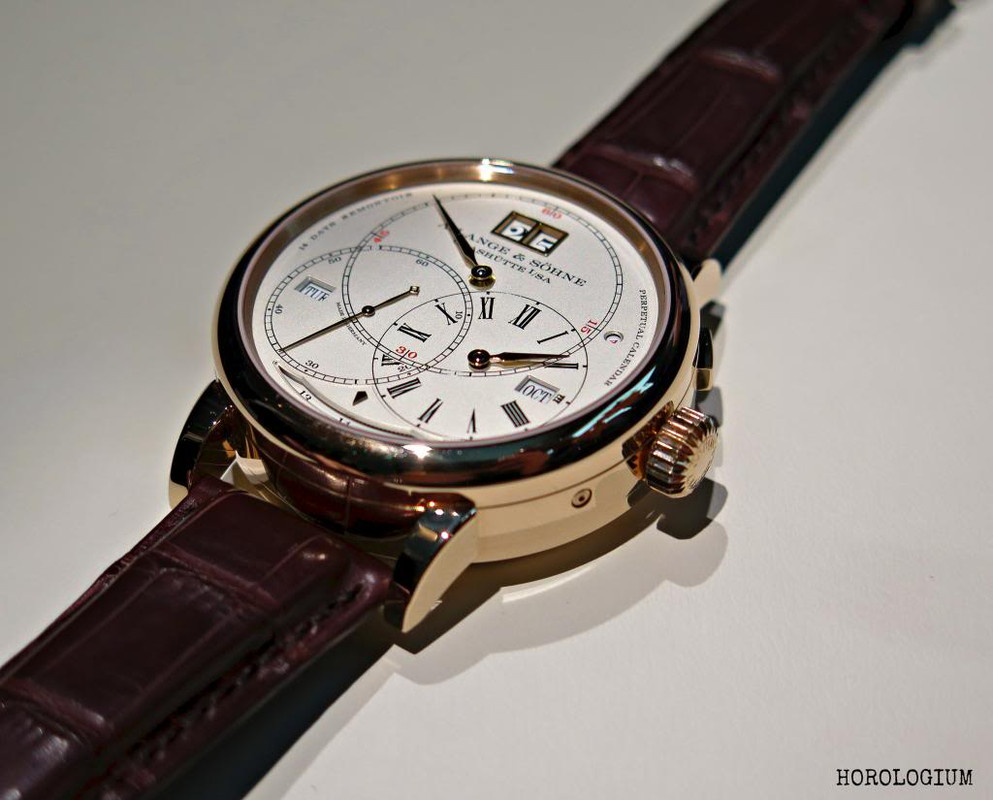 This is a stunning watch, just beautiful ‘in the metal’, and very much for Lange fans. It’s large, decently thick, and is to be worn by the brave, not least of all because of the price; not unexpectedly, it comes with a hefty price tag. The Richard Lange Perpetual Calendar Terraluna is priced in white gold at EUR 186,000 and in pink gold for EUR 185,000.