Last year saw the return of the Omega Bullhead design in a modern re-issue. This year, Omega is delving into their popular Speedmaster archives and releasing a new version of the 1969 Speedmaster Mark II, which was popular for its case shape and ‘racing’ dial, and because it contained the manual-wind Calibre 861.

This modern version differs in that not only will have an automatic movement and luminous tachymeter scale, but it will be available in two versions : one reminiscent of the original, and one with a black dial.

In a predominantly brushed stainless steel case (crown and pushers are polished), there is a date corrector at 10 o’clock that comes with its own tool.  Aesthetically it is familiar, but there are also the additions of a date window at 6 o’clock, the printed (on the crystal) tachymetre scale that is illuminated by Super-LumiNova, and with hour and minute marker, centre hand and hour and minute hands similarly lumed.

For the Speedy fans/ collectors who love the original Mark II there is the very traditionally styled version with a grey dial, orange centre seconds hand and matching minute track. 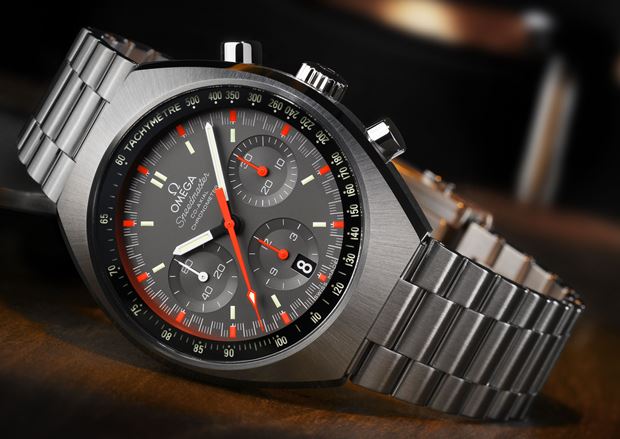 As mentioned, this new Mark II has an automatic movement – the Co-Axial calibre 3330 which has a column wheel chronograph and a power reserve of 52 hours. Another difference, apart from the new movement and the date window, is that the sub-dials appear a little more recessed than the original, though this may just be the angles in the press photos.

The more discreet ‘traditional’ looking version has a black track on inner side of the crystal with transparent tachymeter-scale, and the other model is similar to the original’s ‘racing style’ with orange/ grey and also treated with Super-LumiNova. 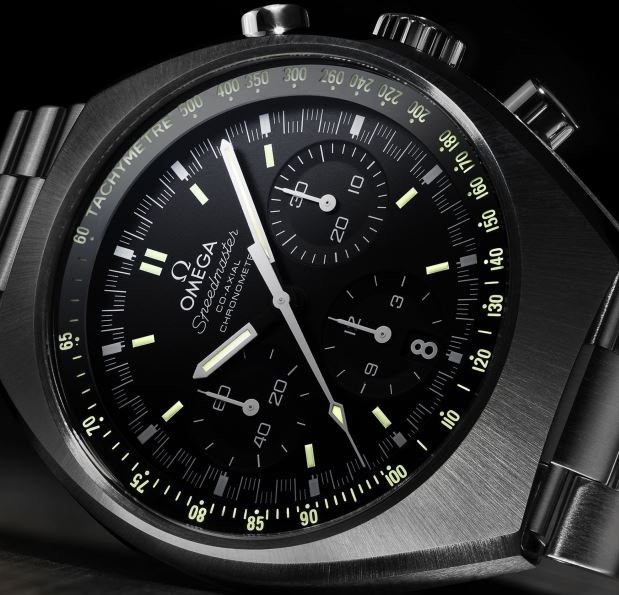 The caseback is screw-down with the Seahorse medallion on it, along with “Si 14″ and “Column Wheel” engraved on it.

History revisited will cost you a bit over USD 6,000, and will come with a four year warranty. These two Mark IIs will be officially launched at Baselworld 2014 in late March. 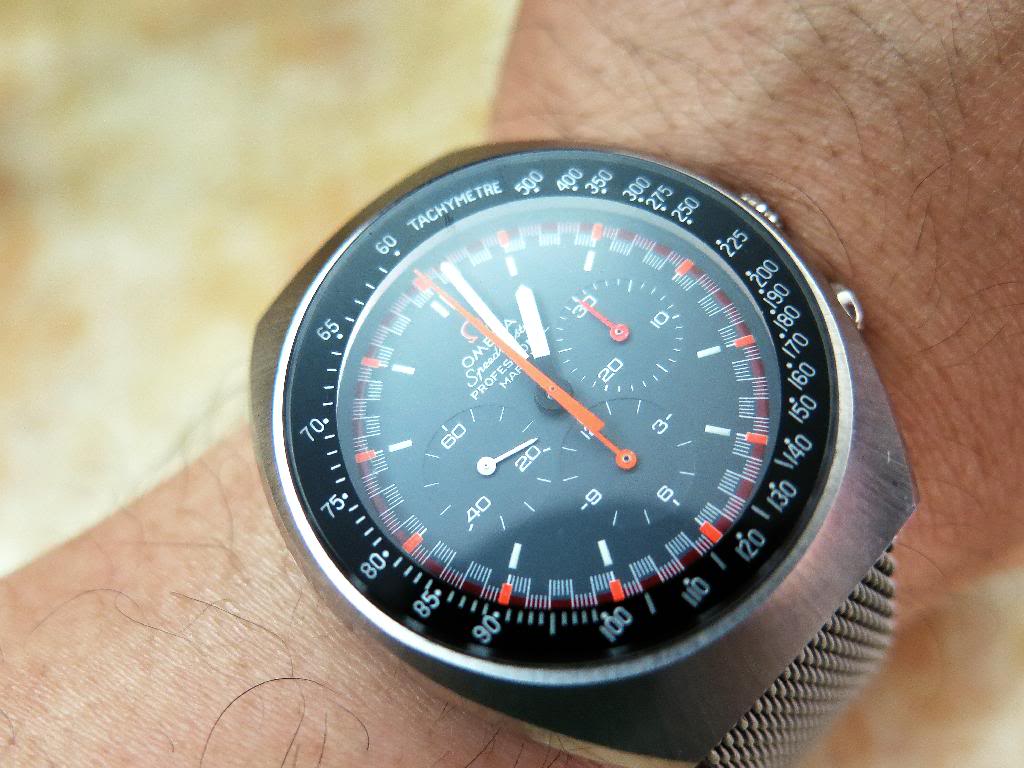 How will the hardcore collectors and fans feel about it? Early indications are that the response is similarly positive to that which appeared after last year’s Bullhead. I like the addition of lume, and at any rate, the owner of this original Mark II below is quite taken with the new models.