With the Tourbillon 24 Secondes Architecture Greubel Forsey has launched a new calibre along with a new model. The watch features a freshly designed titanium and sapphire crystal “convex conical frustrum” shaped case which highlights the new movement – a sapphire crystal ring forms the entire case band, allowing the movement to be seen from above, below and side.

The convex shape of the case is wider at the case back than the bezel – 47.05mm at the case band and 45mm at the bezel, with a thickness of 16.8mm and water resistance of 50m. The skeletonised dial is surrounded by a bezel with relief engraved text of the following words – Architecture, Harmonie, Innovation, Technique, Bienfacture, Passion, Science, Exclusivité, Créativité. 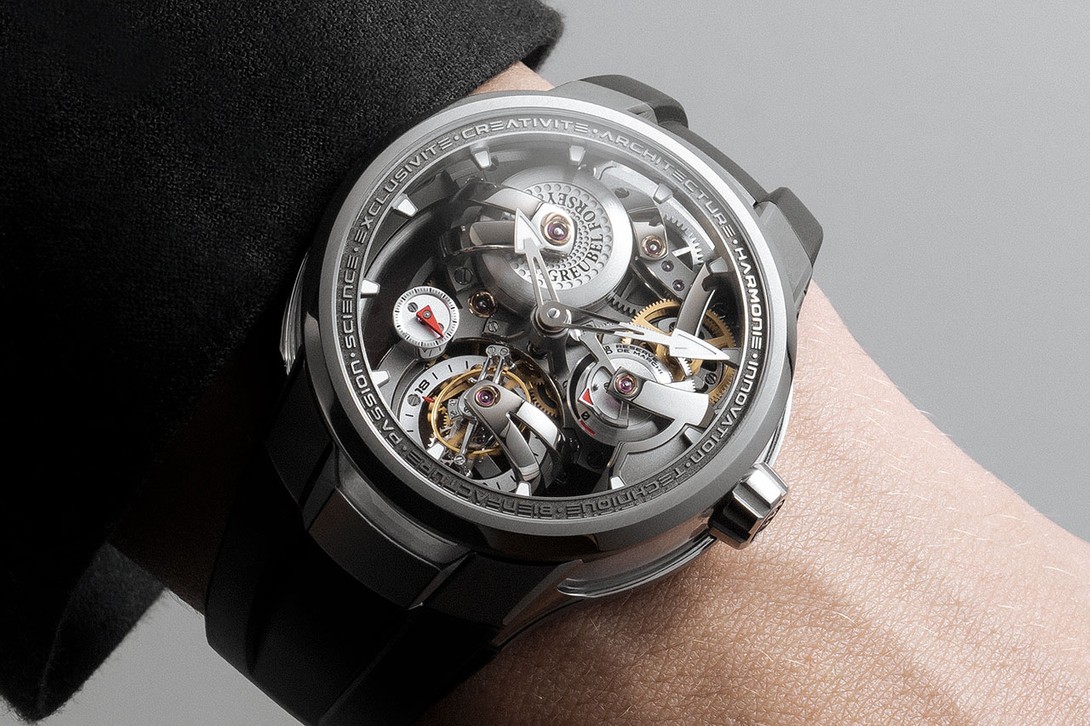 Functionally, along with the hours, minutes and small seconds, there is a power reserve indicator and of course, the ‘24 Secondes’ tourbillon (the cage has 86 parts) of the name, which is inclined at 25°. It has titanium cage bridges and a gold counterweight.

The hour and minute hands are curved and open-worked, and mounted on a tripod bridge. The small seconds is at 8 o’clock and on a cylinder with polished flanks. At 6 o’clock the Tourbillon 24 Secondes is moored from a large spherical and open-worked bridge.

The barrel bridge at 10 o’clock has polished spherical surfaces, along with polished beveling and countersinks. The barrel cover is engraved, lacquered and circular-grained and contains three coaxial series-coupled fast-rotating barrels, one of which is equipped with a slipping spring. At 3 o’clock is the power reserve indicator, with a red triangle moving over a conical disc. It is held in place by a polished titanium bridge. 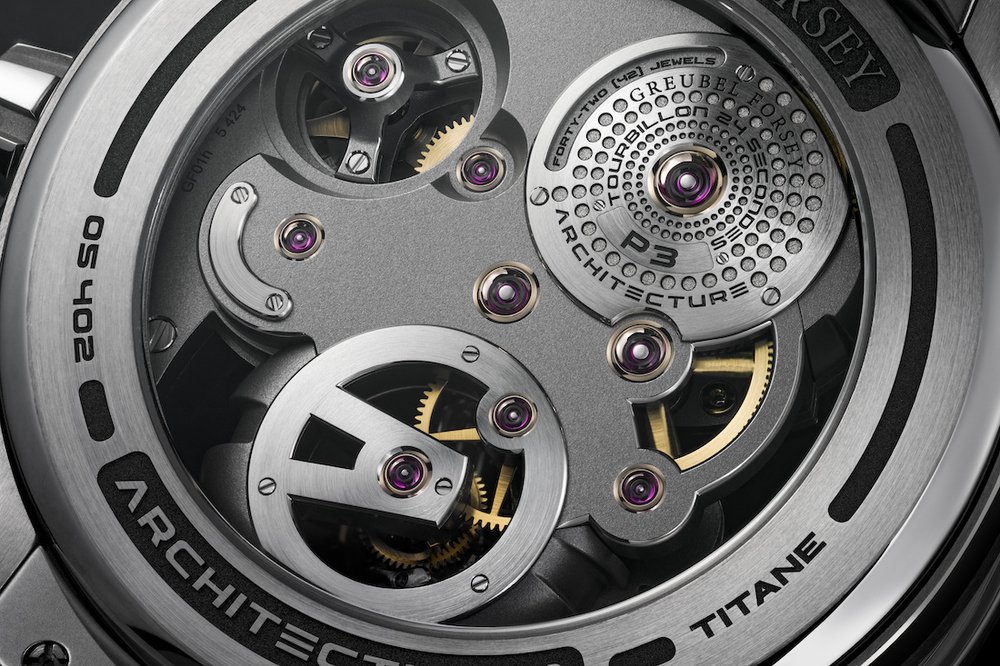 The manually-wound movement beats at 21,600 VPH and has a power reserve of 90 hours. It features polished titanium bridge and a frosted mainplate.

Coming on a rubber strap with a titanium folding clasp, the Greubel Forsey Tourbillon 24 Secondes Architecture will be limited to eleven pieces in 2022, after which eighteen pieces will be produced per annum for the next three years, with a final total of sixty-five pieces. The RRP is CHF 470,800.