You know the history – in 2011 MB&F launched their first Legacy Machine, with their distinctive white lacquered dials, blued hands, domed sapphire atop a round case, movement architecture, and design aesthetic.

Now, we have a new addition to the line, the LMX Steel & Brass, in a limited edition of 33 pieces in a 44mm sized 316L stainless steel case with a frosted brass dial. Perhaps because they are a scarce commodity, there’s something almost special about a steel MB&F. 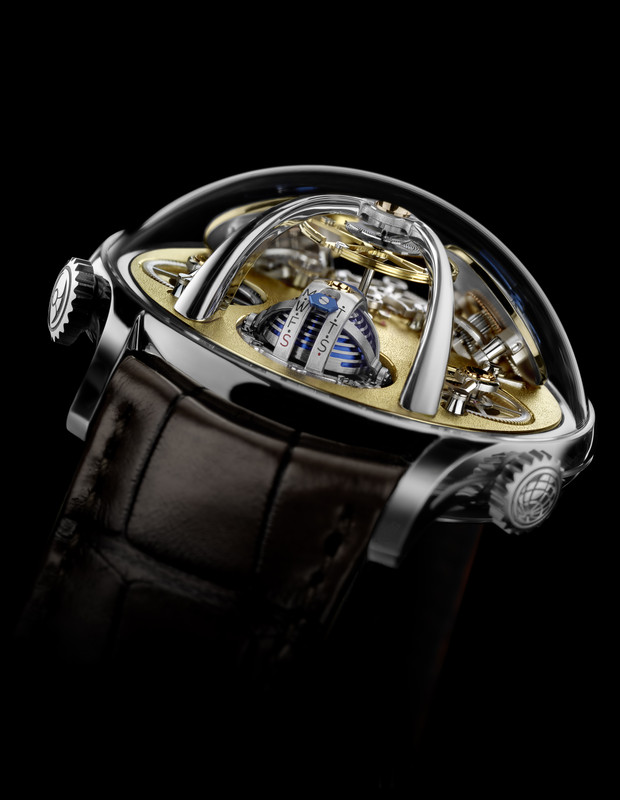 Beneath the sapphire crystal dome, the distinctive 13.4mm flying balance wheel with inertia blocks is suspended from the V-shaped arched bridge. You can also see the battle-axe shaped escapement bridge and gear-train. The exposed arms of the straight bridges are finished to give a ‘bercé’ (curved) surface.

The LMX has two angled white lacquer dials showing two independent time zones, set by two separate crowns. The dials use conical gears to transfer energy from horizontal to vertical planes. The dial on the right is set by the crown at the 2 o’clock, which also winds the movement. The crown at 10 o’clock has a globe engraved on it and sets the time on the left dial. 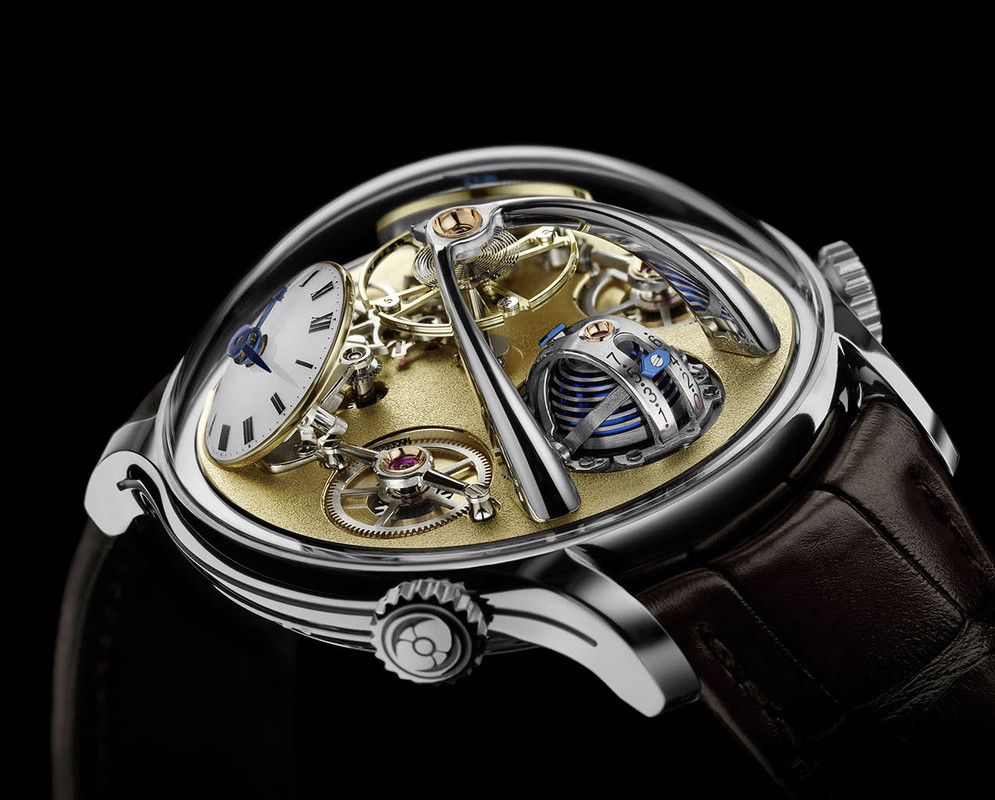 There is a rotating hemispherical display that indicates the seven day power reserve. There are two markers on opposite sides of a hemisphere – one is has an arched scale numbered 1 to 7, another with a scale showing the days of the week; you can read whichever one you desire.

How? By winding the 2 o’clock crown beyond the power reserve’s capacity, you can adjust the orientation of the indication to your preferred scale. 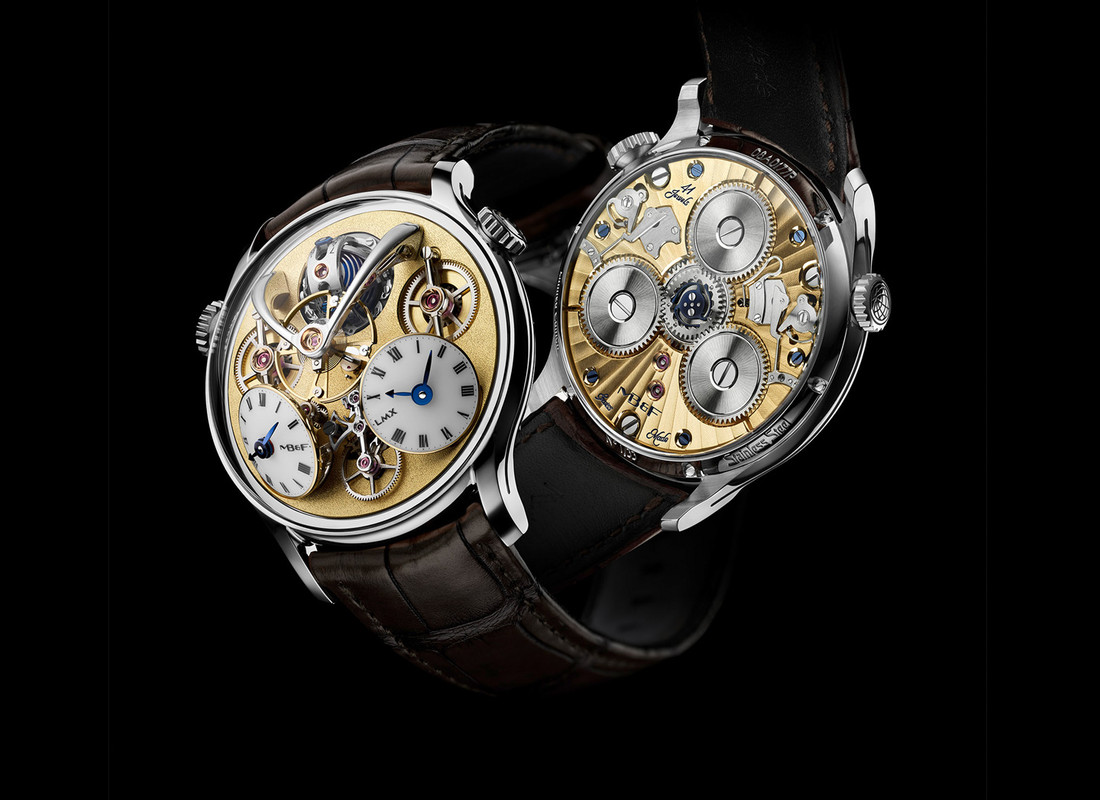 Through the sapphire case back can be seen the manually wound movement that powers the LMX, with three barrels and finishing including a sunray pattern and Côtes de Genève. It beats at 18,000 VPH.

Coming on a brown alligator strap with a stainless steel folding buckle, the LMX Steel & Brass has an RRP of CHF 108,000 (excluding taxes).