Piaget’s Altiplano Ultimate Concept was first presented in Geneva in 2018 as the world’s thinnest (2mm) mechanical watch. Those who follow me on Instagram may recall a photo I posted with a 1 EUR coin next to it as a point of comparison (they are about the same thickness).

In 2020, they made another announcement. Showing that it wasn’t merely a concept in name and reality, Piaget answered the question that yes you can, at a price, own one, and have some customisation, as well. It took those extra two years of work for the watch to be able to be commercially produced (although ‘commercial’ in the case of this watch is perhaps a rather different sort of term). The starting point was CHF 410,000, and they say that the first timepiece left the Piaget workshops in April 2020.

Now, at the first in-person watch fair in a couple of years, Piaget presented the Altiplano Ultimate Concept (AUC), a pièce unique filled with nods to the genesis of this piece and a ‘follow up’ to the AUC with a green dial of last year. That “Tribute to La Côte-aux-Fées” referenced the birthplace of the brand.

The new Altiplano Ultimate Concept unique piece is an extension of this location reference to a celebration of the first beat of the first AUC.

In terms of general specs, it is 41mm and a cobalt alloy case. It has, of course, the Piaget Calibre 900P-UC ultra thin manually-wound movement, which beats at 28,800 VPH and has a power reserve of 40 hours. To read more about this, the movement and construction of the Ultimate Concept (how Piaget combined a traditional construction into one) and how this all dates back to 1957 when Piaget introduced the (then) world’s thinnest mechanical movement, the Calibre 9P, hit those links to earlier posts.

So what are the (obvious and less obvious) design/ style references to the start of the AUC? 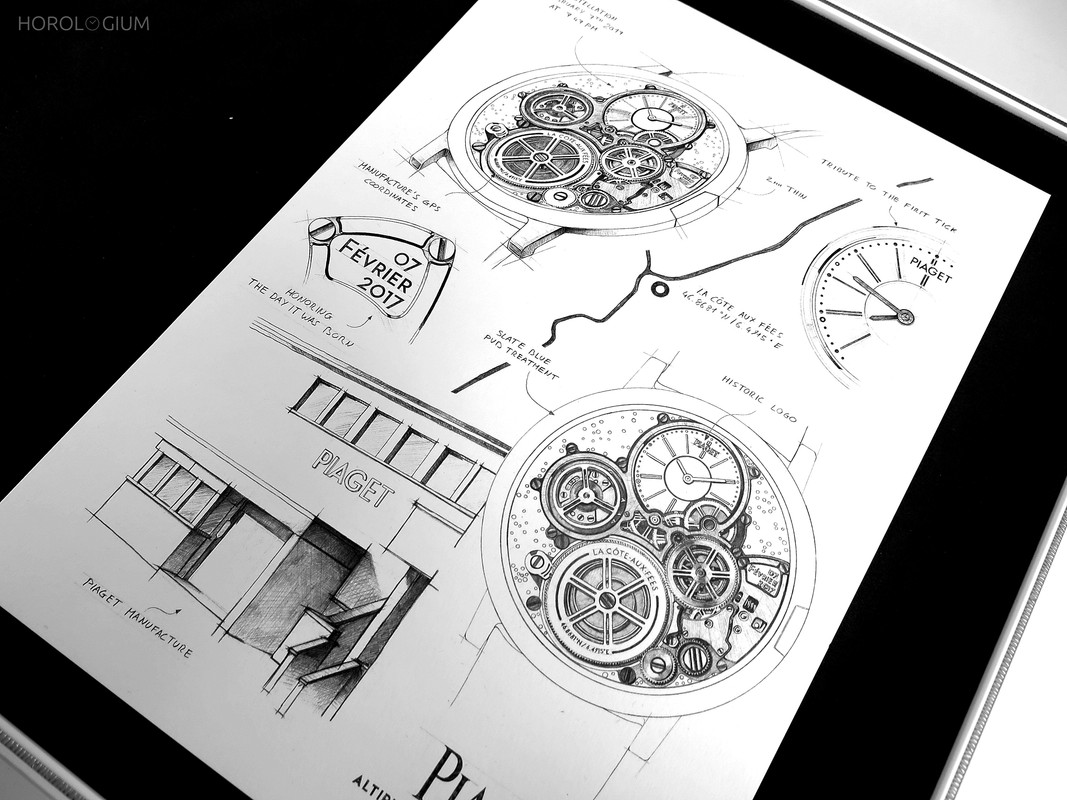 Starting at the top of the dial, the Piaget logo is in a historic font that is the same typeface used in the logo above the manufacture in La Côte-aux-Fées. If you look carefully you will see two circles amongst the dots of the minute ring, marking the time – 7:47pm – of the ‘birth’ of the first the AUC, according to Piaget. At 2:30 you can find an inscription of the birthday of the AUC (07 February 2017). Plus of course there is an inscription of “La Côte-aux-Fées” engraved onto the ratchet wheel along with the manufacture’s GPS coordinates.

In a less direct reference, the mainplate features stars illuminated with Super-LumiNova® that replicate the sky above La Côte-aux-Fées on February 7, 2017. 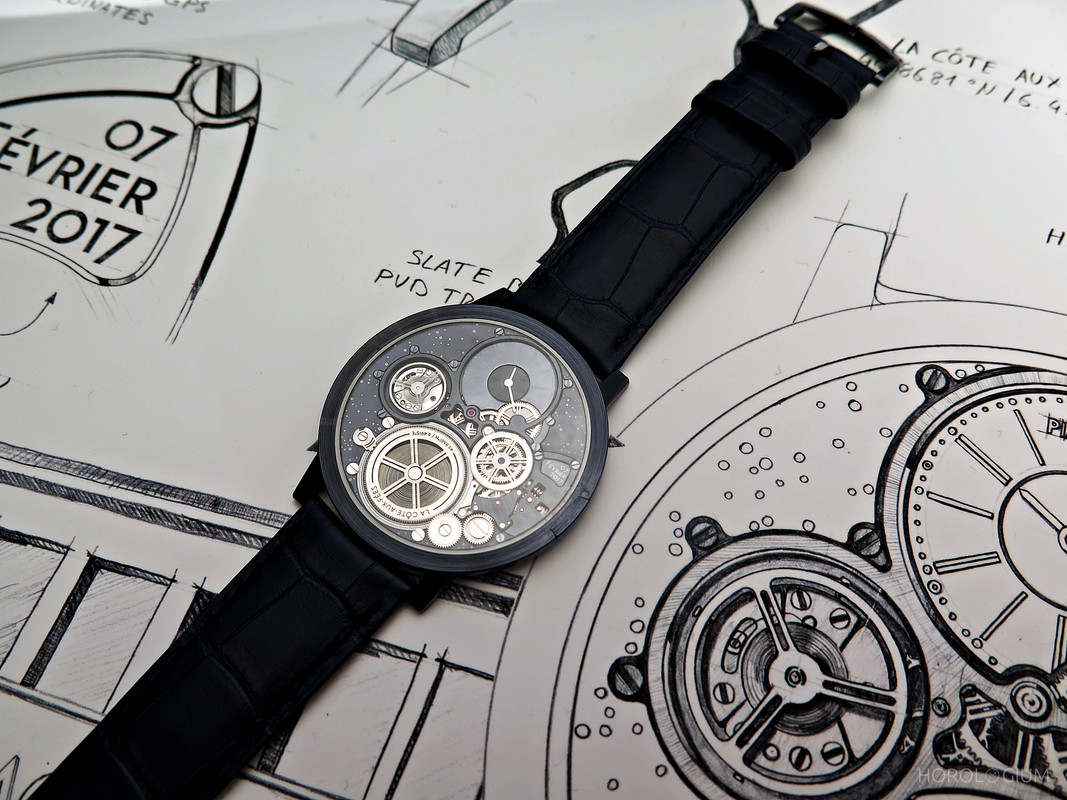 The case back, bezel and lugs of this new Altiplano Ultimate Concept are satin-brushed, giving it a contrast to the polished case band.

I have now had the pleasure of seeing an Altiplano Concept more than once, and it has amazed me anew each time. It is not without reason that during the Piaget session I attended at Watches & Wonders, this was the most sought-after piece, so we did not have much time with it. On a ‘wearability’ note, it may seem terrifyingly thin but it does feel ‘solid’ and to wear, it is not so thin nor its presence so slight that you do not feel that it is there. Plus it is comfortable.