This year, Breguet is marking 220 years since Abraham-Louis Breguet’s patent of his “watch compensating for all of the inequalities that may be found in the balance wheel and mainspring” aka the tourbillon courtesy of the Classique Tourbillon Extra-Plat Anniversaire 5365.

This new anniversary piece is limited to 35 pieces, the limitation number chosen because it was the total number of tourbillon watches that Abraham-Louis Breguet made in his lifetime. 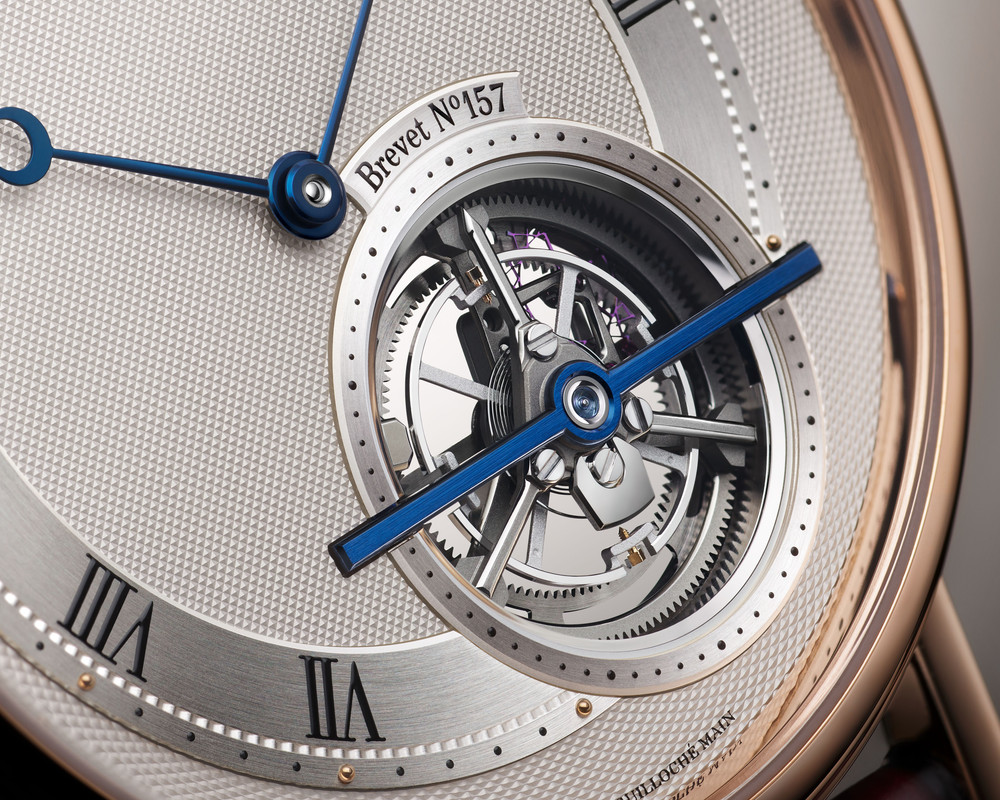 The new timepiece has a 60-second tourbillon between 4 and 6 o’clock, which doubles as a small seconds. It has a special anniversary blued steel tourbillon bridge, and an accompanying “Brevet No 157” engraving, a reference to the patent number awarded to Abraham-Louis Breguet for his tourbillon. The movement also has a reproduction of the original watercolor plate that was used by Abraham-Louis Breguet when he was filing his patent application for the tourbillon regulator. 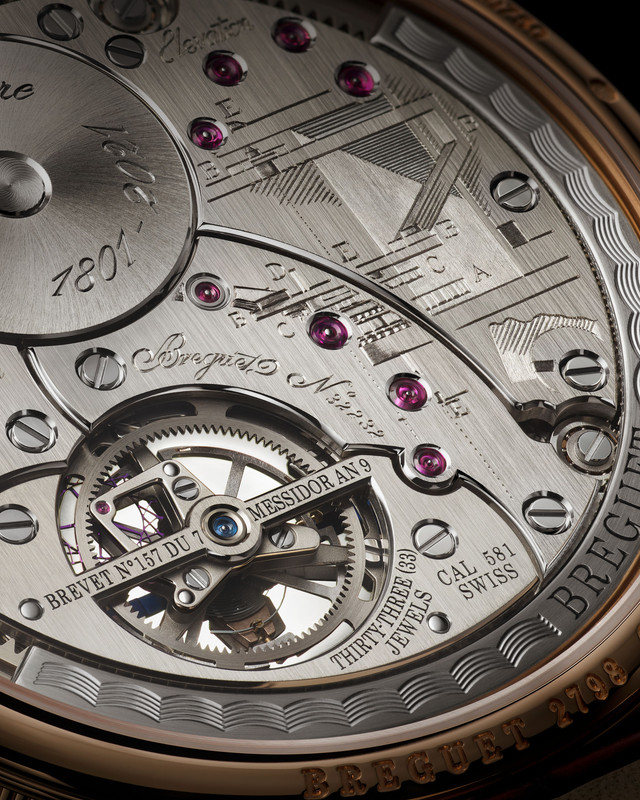 On the back side is a commemorative engraving of “Anniversaire 1801–2021” on the movement’s barrel, and “Brevet No 157 Du 7 Messidor An IX”, a reference to the date of filing, hand-engraved on the lower bridge of the tourbillon. To the right of the movement, there is a faithful reproduction of the original watercolor plate used by Abraham-Louis Breguet when filing his 1801 patent application for a tourbillon regulator. Each watch is hand engraved with the Breguet signature and the limited edition number. 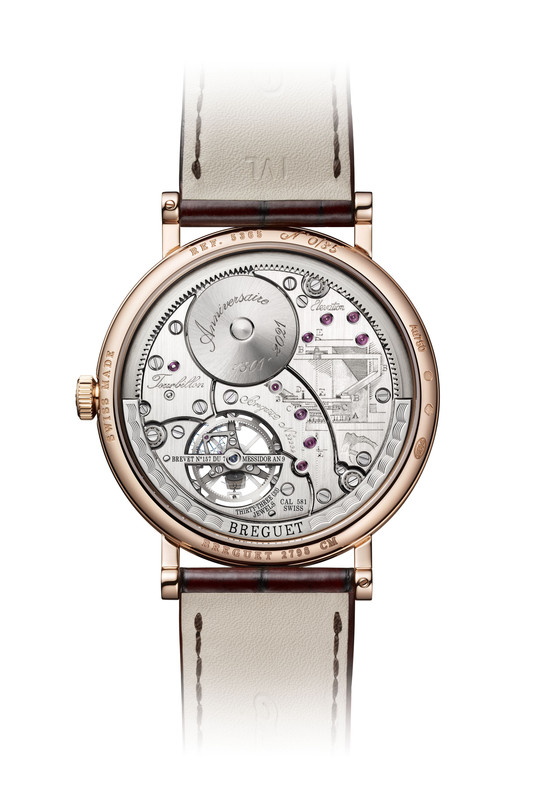 The movement is the ultra-thin (“Extra-Plat”) automatic Calibre 581, which beats at 28,800 VPH and has a power reserve of 80 hours. It has a platinum rotor with an engine-turned wave motif.

The Breguet Classique Tourbillon Extra-Plat Anniversaire 5365 comes on a brown alligator strap with a triple folding clasp in 18k rose gold and has a price of CHF 158,000 (including taxes).