With the launch of the new Type 1 Slim Red, Ressence’s Type 1 Slim collection has added a new colour that is not the colour du jour. It is also not one normally associated with the brand, which tends to more muted tones. This new model is going to be limited in production – you have until the end of 2021 to get one.

The Type 1 Slim Red’s vivid rendition of this colour scheme follows in the footsteps of the one-off Type 3MC from 2020 that was created for the Prince Albert II of Monaco Foundation. It has previously been available in blue, silver, and white-dialed variations, plus an olive green dial variant that formed part of a series to mark Ressence’s 10th birthday. 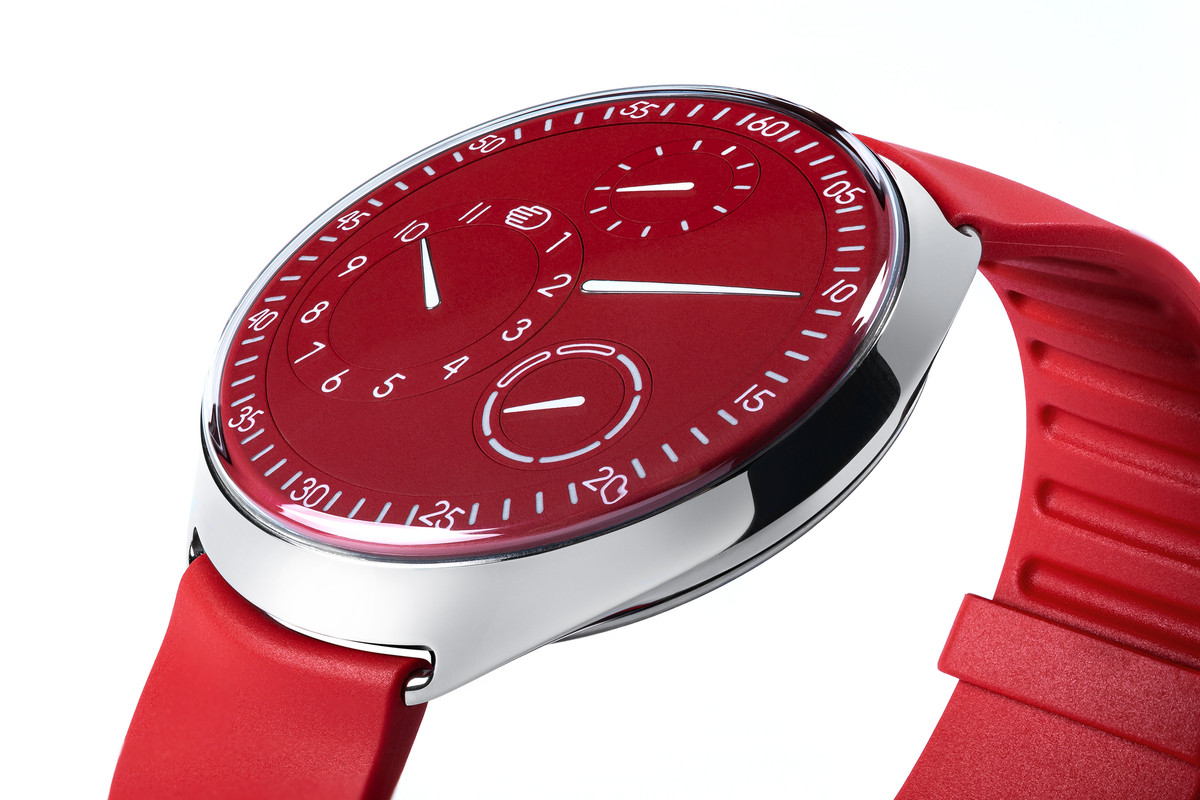 The model itself was launched in 2019 as a thinner (11mm thick versus 13mm thick) variant of the Type 1, the case and lugs made from a single block of grade 5 titanium in sleeker case.

The 42mm sized case of this new model is polished grade 5 titanium. Under the domed sapphire crystal is a convex red dial in German silver with the classic three eccentric satellite dials. The Type 1 Slim Red features white hands with rhodium borders and pale grey minute markers. The dial markers have white and red Super-LumiNova. 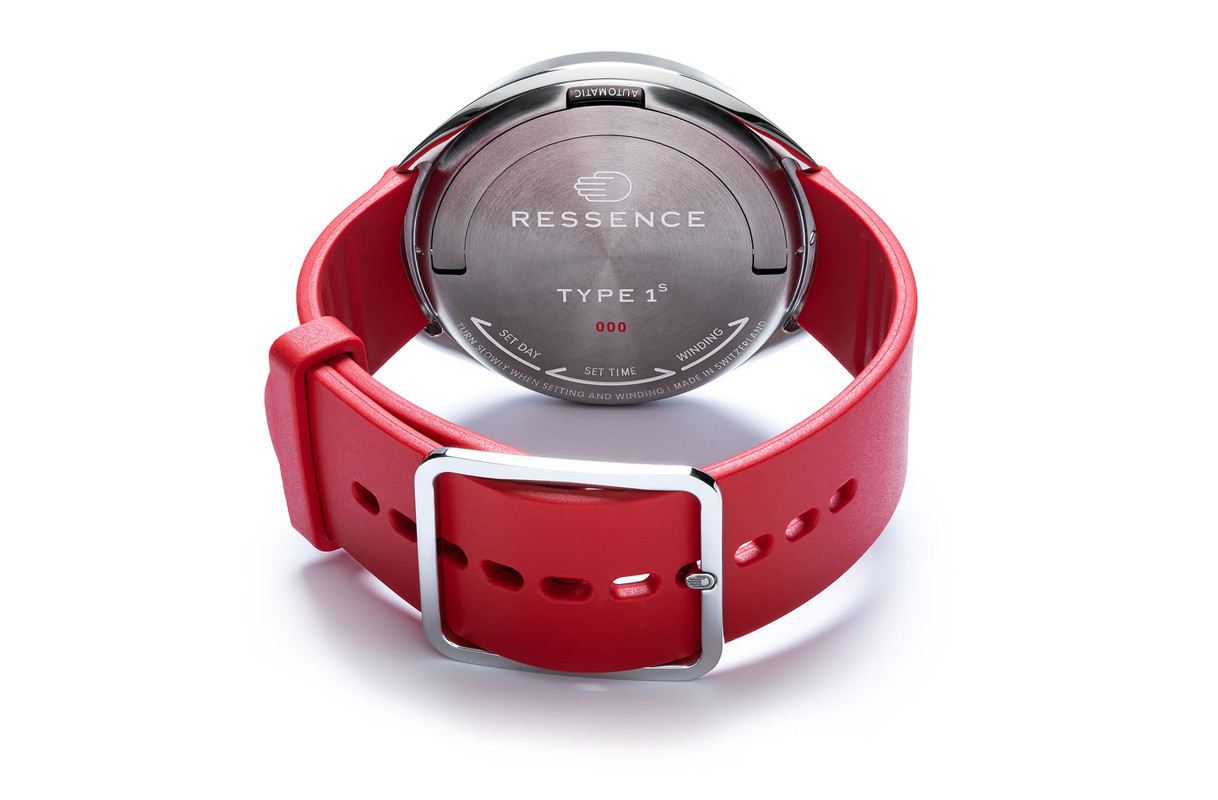 The red and white colour scheme continues through to the case back, which also has, for those unfamiliar with Ressence, the recessed lever for the winding/ time-setting functions.

The movement behind the orbiting hours, minutes and seconds functions is, of course, the patented ROCS (Ressence Orbital Convex System) 1 that is a heavily modified automatic Calibre 2892/A, beating at 28,800 VPH with a power reserve of 36 hours.

The Ressence Type 1 Slim RED comes on a sporty red rubber strap with an ardillon buckle. As mentioned, it will only be produced until the end of 2021 and it is priced at CHF 16,800 (excluding taxes).