Now this is an interesting announcement – an ongoing partnership between TAG Heuer and Nintendo has been launched courtesy of a limited edition TAG Connected featuring the eponymous star of Super Mario.

For those with a bit of a watch memory, you will recall that this is not the first time that he has featured on a watch, having previously made an appearance with Romain Jerome, which was known for their ‘games collaborations’. 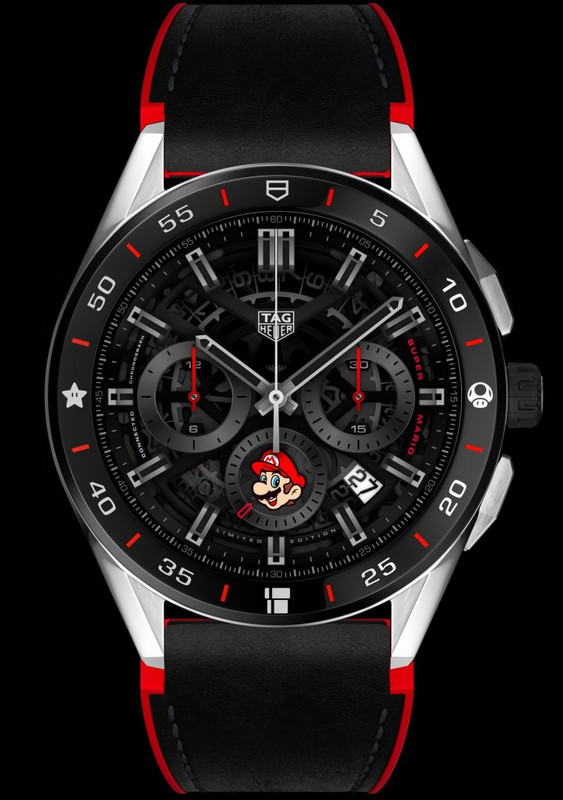 This new piece from TAG, and what will come from this new combination of brands, will be interesting to observe, but it makes sense that his first appearance is via the third generation of the Connected, which has proven to be incredibly popular since its launch.

Why does it make sense for this to be the inaugural piece? Well this piece is not just about being ‘connected’ but takes a cue from the game, with its interactivity and functionality tied to ‘sharing’ physical activity with Mario. 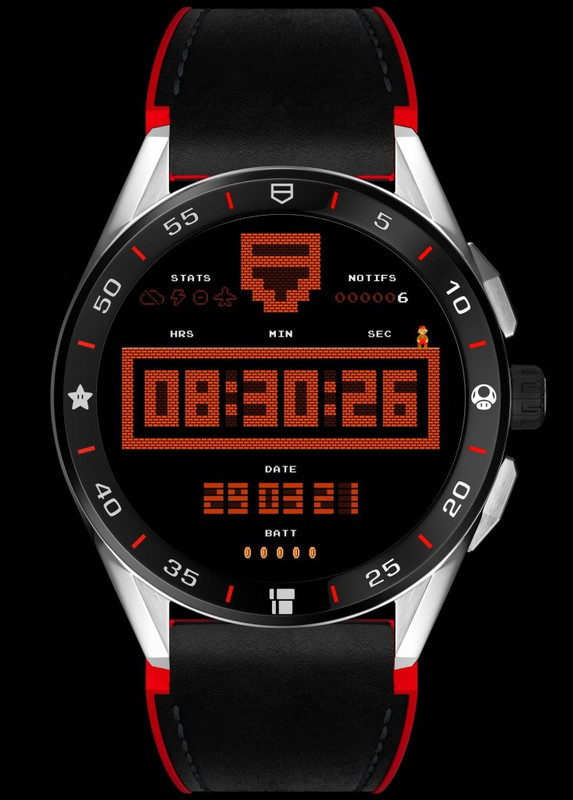 Obviously, the wearer’s physical activity won’t be exactly like the gameplay, but the animation of the dial increases with increased activity from the wearer, as the smartwatch tracks the user’s progress. One thing that is similar, is that there is, like in electronic games, a reward system – the morning starts with Mario’s greeting, and as the day progresses, animation rewards are unlocked at 25%, 50%, 75% and 100% of the step count target. 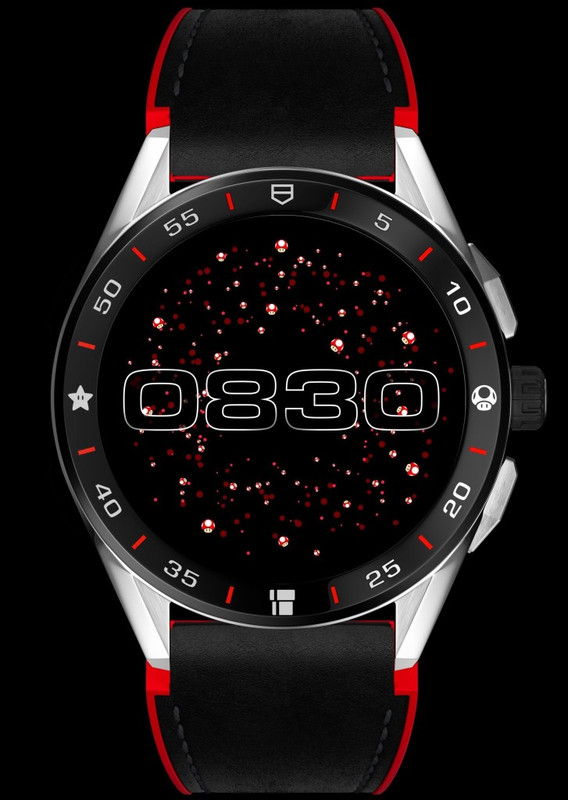 These take the form of familiar items from Super Mario – at 3 o’clock it’s the Super Mushroom, at 6 o’clock the Pipe, at 9 o’clock the Super Star lights up, and hitting your daily step count target shows Mario climbing the Goal Pole. 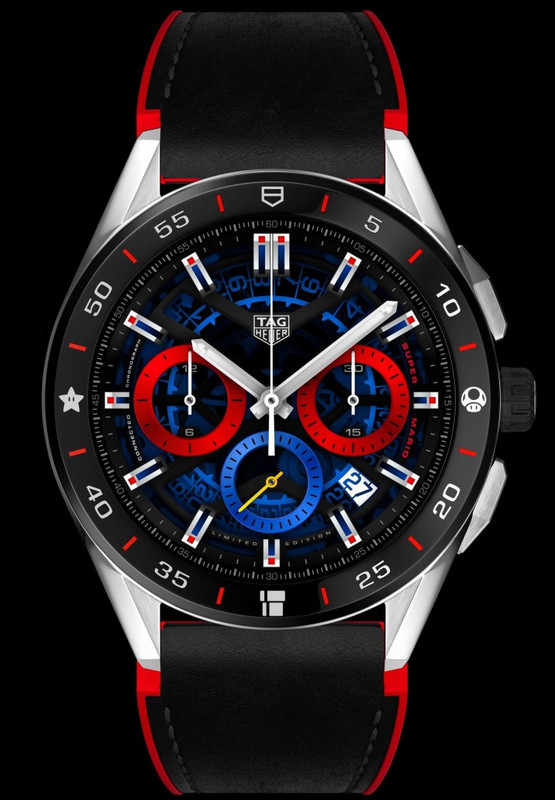 Naturally, alongside the chronograph face, the interface has been redesigned in the Super Mario colours, with four dials featuring details from the game and inspired by 1985 Super Mario. In addition, two versions of the Heuer 02 watch face were created exclusively for this edition – one using Super Mario’s red and blue colours, and a more sedate face with a nod to his red cap. The Orbital face has its neural network replaced by more Super Mario nods.

The bezel also features three game object symbols at the three, six and nine o’clock that reference the ‘rewards’ that can be unlocked.

Of course, in addition to the Super Mario features there’s the usual smart watch features of the TAG Heuer Connected like the brand’s sports app, a heart rate monitor, compass etc, and Google’s Wear OS. There is also a new ‘Wellness’ function that is also about exercise and which provides feedback. 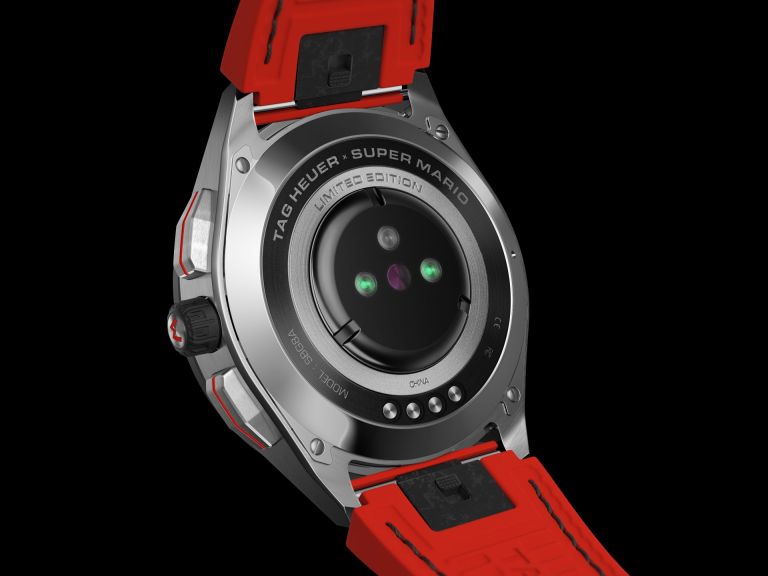 Size wise, it is 45mm with a thickness of 13.5mm and water resistant to 50m. It has red lacquer on the bezel, pusher, and a red lacquered ‘M’ on the crown. The screw-down case back has a commemorative inscription of “TAG Heuer x Super Mario Limited Edition”.

The 430 mAh battery lasts for a full day under normal usage conditions (20 hours with one hour of activity), and six hours for sports use (GPS, heart rate and music).

Of course, TAG Heuer Connected x Super Mario Limited Edition is comes in commemorative packaging and also has a red travel case. This edition limited to 2,000 watches (AUD 3,100) is available selected TAG Heuer boutiques and at their website as of today.