The colours one associates with Zenith Defys tend to be, by and large, more muted in tone – greys, blues, white, black, silver, perhaps a foray into green or purple. They aren’t averse to colour, they’ve just not gone ‘all out’ on it.

As the name indicates, the heart of these is the El Primero 21, Zenith’s revolutionary 1/100th of a second chronograph movement that beats at 50Hz/ 360,000 VPH.

As the name also indicates, the new watches are about the light spectrum/ frequencies, and cover the colours of blue, purple, orange, green, with a sober black to accompany them.

Each of the models is in a 44mm stainless steel case with 288 brilliant-cut white diamonds, but each version has a bezel set with 44 baguette-cut precious stones which are colour-matched to the skeletonised movement and rubber straps. The stones are tsavorites for the green, sapphires for orange and blue, amethyst for the purple, and spinels for the black. 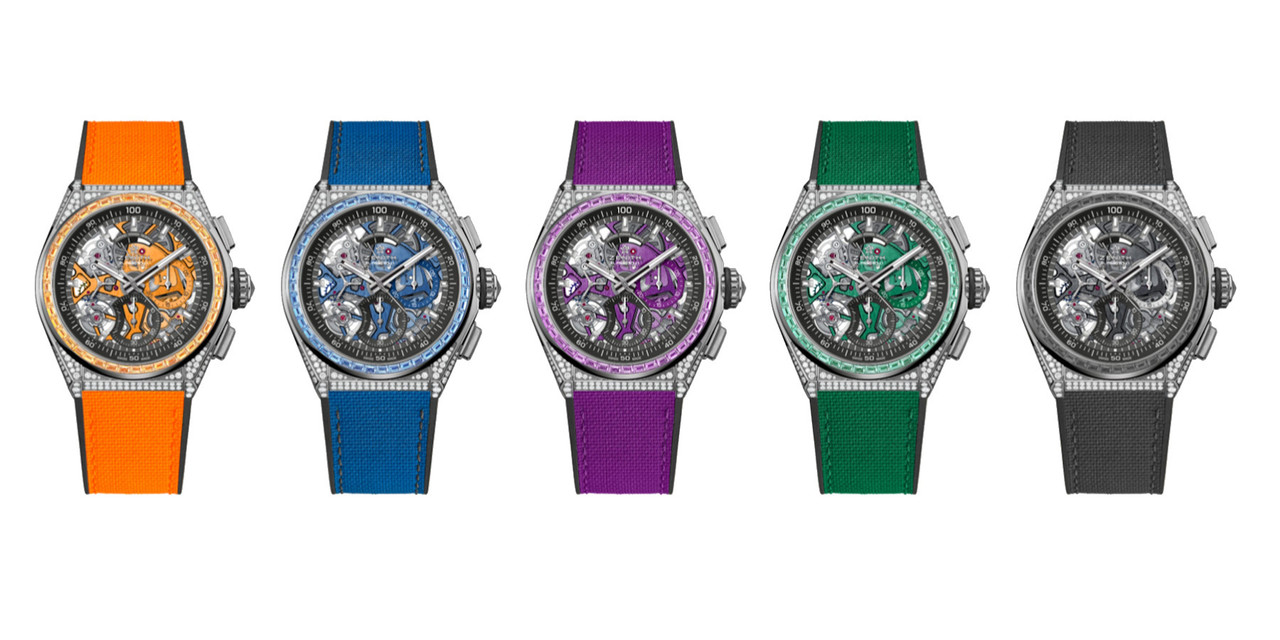 This is the fastest chronograph in serial production and the only one that can accurately measure and display elapsed time to 1/100th of a second. The El Primero 21 is a technical ‘watch geeky’ movement, and thus the DEFY 21 a watch that has particularly appealed to those who are particularly interested in movements, chronograph or otherwise.

We tend to associate this sort of a technical interest with timepieces that have less of a ‘visible presence’. They need not be austere, but perhaps unconsciously, many (most?) of us associate some types of complications with being low key in their wristwatch manifestation, whereas other complications seem to be far more broad in terms of the design that surrounds them.

With a new angle to the idea of ‘colour and movement’, the Spectrum is about frequencies – of light and of movement. When viewed through this prism, the combination can be understood, but with such vivid hues, the target market is clearly those with an eye for fashion and precious stones in addition to wanting what the Zenith brand is known for, its core strength. 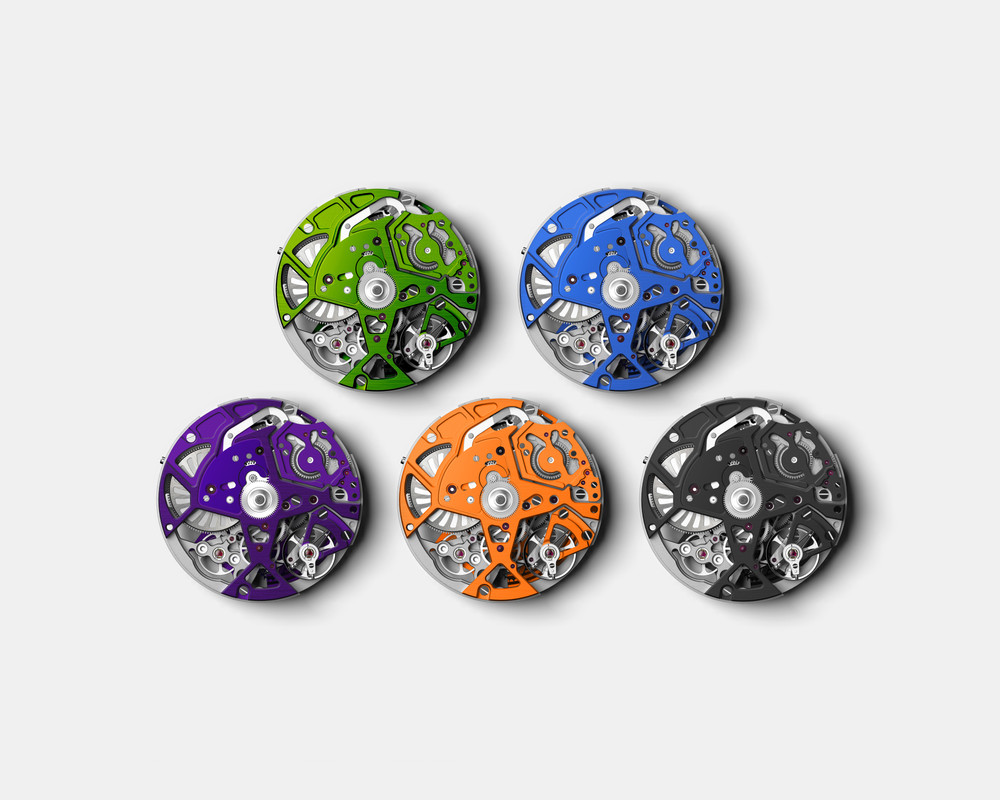 There is also a technical bit about the movement that is worth mentioning – that they are able to create it in different colours. With the green of the Piaget Ultimate Concept “Tribute to La Côte-aux-Fées” plus the blue PVD movement in the Piaget Polo Skeleton earlier this year, is this going to be (after green), the next ‘thing’?

The Spectrum series is limited to ten pieces per colour, boutique-only, and has an RRP of CHF 34,900.