Green is not a colour unknown to Audemars Piguet dials, but in a continuation of this colour theme that has been making its way through watches of late, it now finds itself on the dials of five new Royal Oak models both limited and not.

So what has gone green? There are three new Selfwinding Flying Tourbillon variants in pink gold or titanium, a Pt 950 Royal Oak “Jumbo” Extra-Thin with a sunburst smoked green dial, and a Royal Oak Selfwinding Chronograph with an 18 carat yellow gold case and a green “Grande Tapisserie” dial. 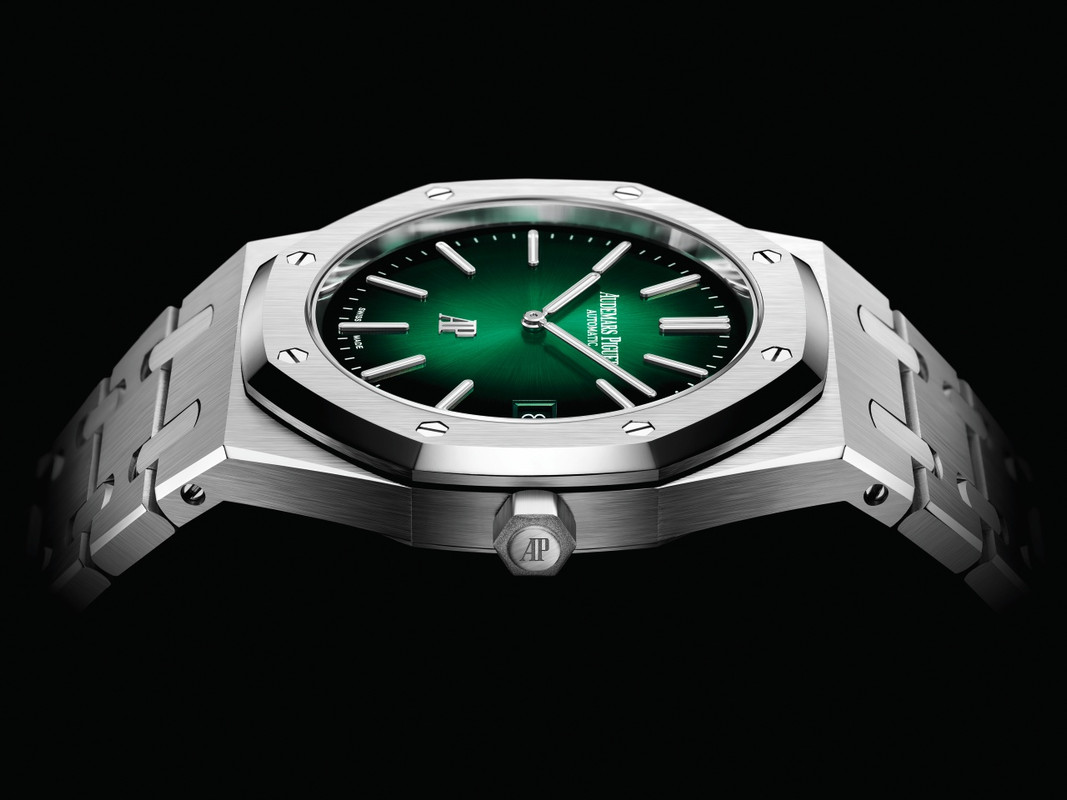 ‘The’ piece of the new green models is probably the Ref. 15202 “Jumbo”, the first time this reference has had a green dial. In a platinum 39mm-sized case, it is 8.1mm thick, which reduces the traditional heft associated with platinum watches. Water resistance for the case is 50m. The white gold applied hour markers and hands are lumed. Inside is the automatic Calibre 2121 with a 22 carat oscillating weight, which beats at 19,800VPH and has 40 hours of power reserve. 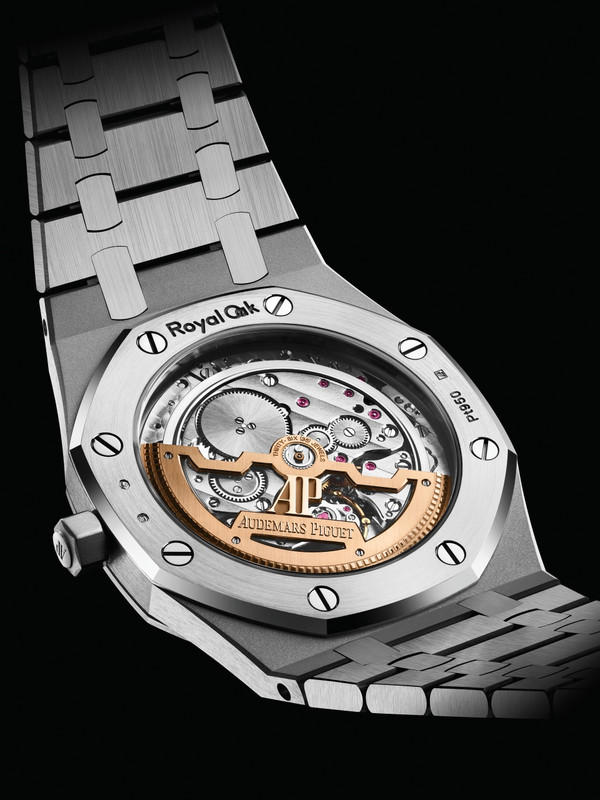 Next up is the limited edition (125 pieces) Royal Oak Selfwinding Chronograph, in an 18 carat 41mm-sized yellow gold case with a green “Grande Tapisserie” dial on which there are the three snailed chronograph sub dials. The “AP” on the dial is 24 carat gold, and the yellow gold applied hour markers and hands are lumed. 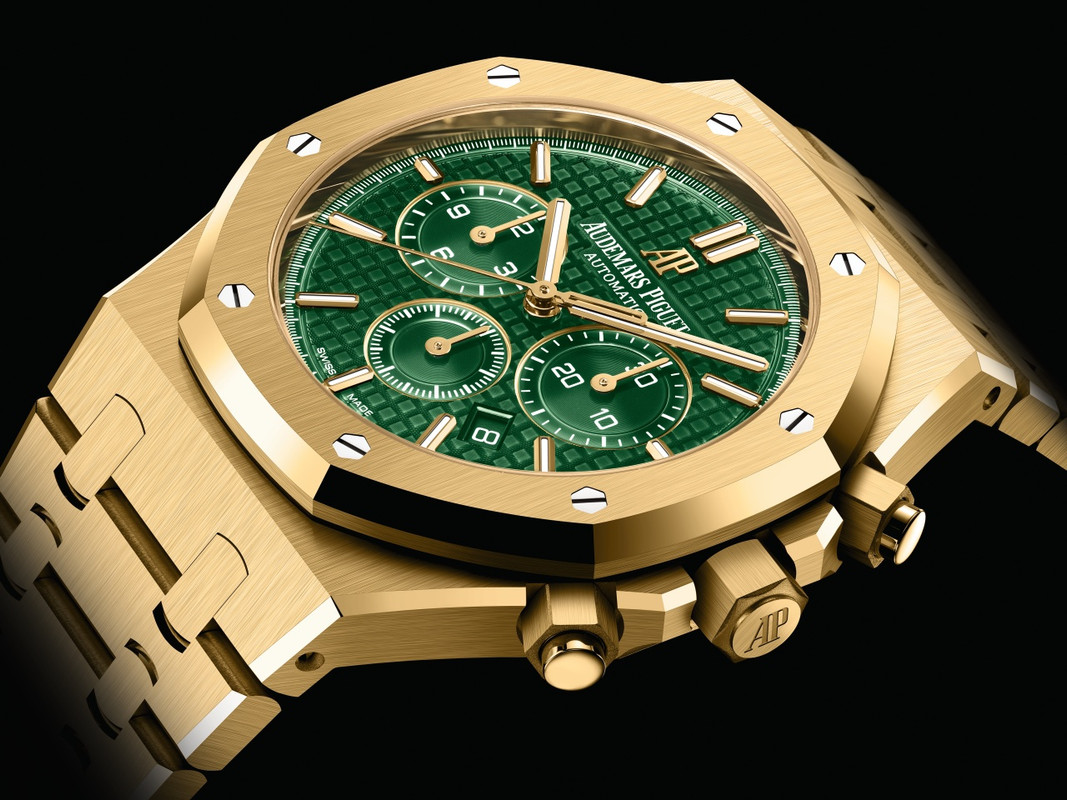 Underneath the engraved solid case back is the automatic Calibre 2385. Beating at 21,600VPH with a power reserve of 40 hours, it has an 18 carat gold oscillating weight. It comes on an integrated bracelet, but you also get two other straps – one green calfskin strap, and a green rubber strap. 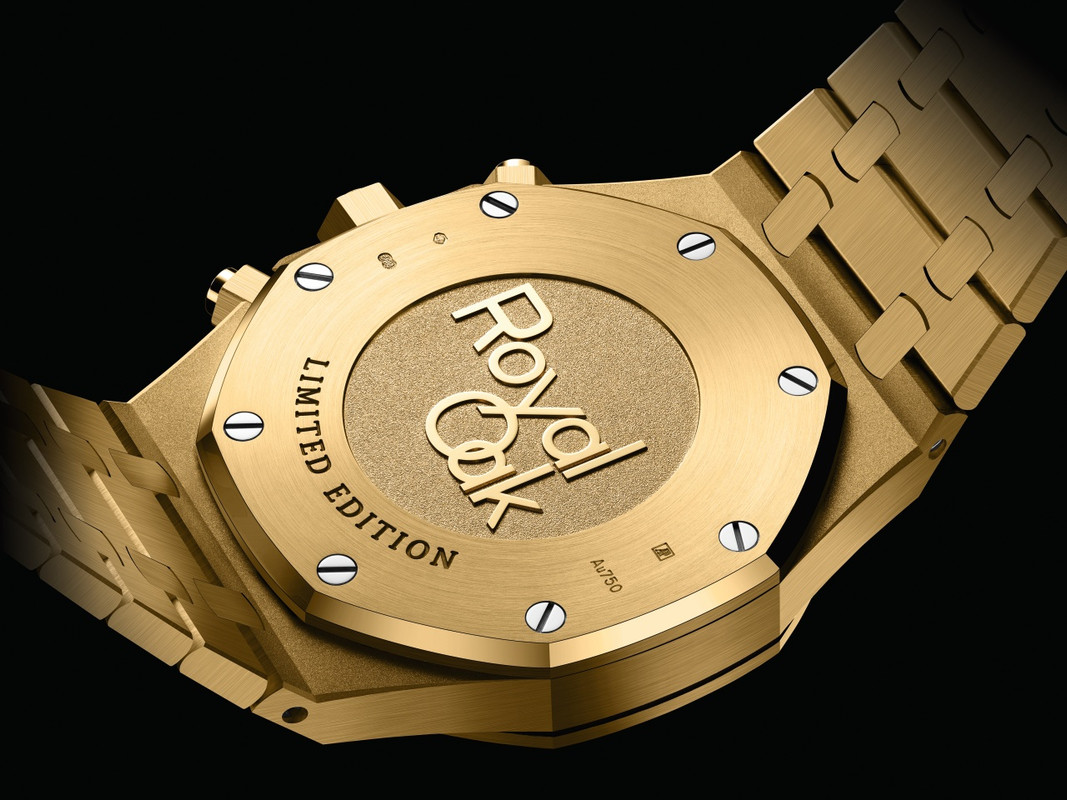 The final new releases are the triumverate of new variations of the Royal Oak Selfwinding Tourbillon. All of them are in 41mm-sized cases; one is in pink gold, and of the remaining two in titanium, one is has a 32 baguette-cut emerald set white gold bezel. 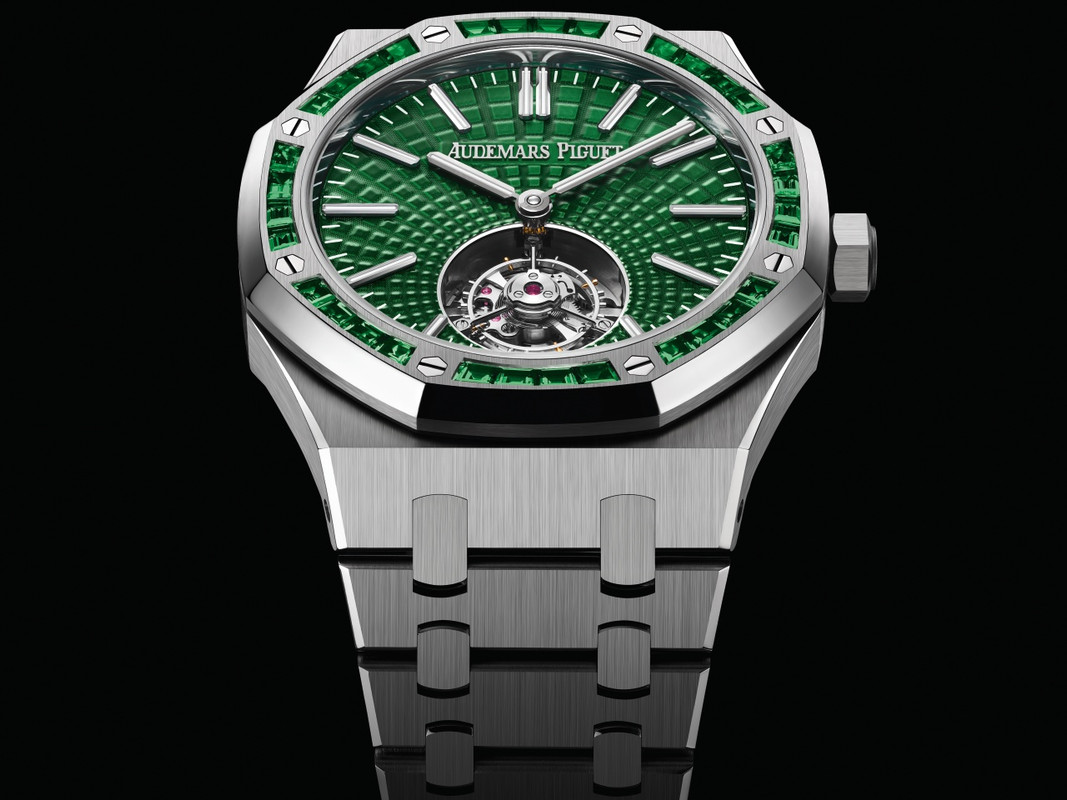 They all have the “Evolutive Tapisserie” dial pattern which consists of rectangular waves radiating from the flying tourbillon at 6 o’clock. Both titanium variants have white gold applied hour-makers and hands with lume, whereas the pink gold model’s applied hour-markers and hands are of course in matching pink gold, and also lumed. 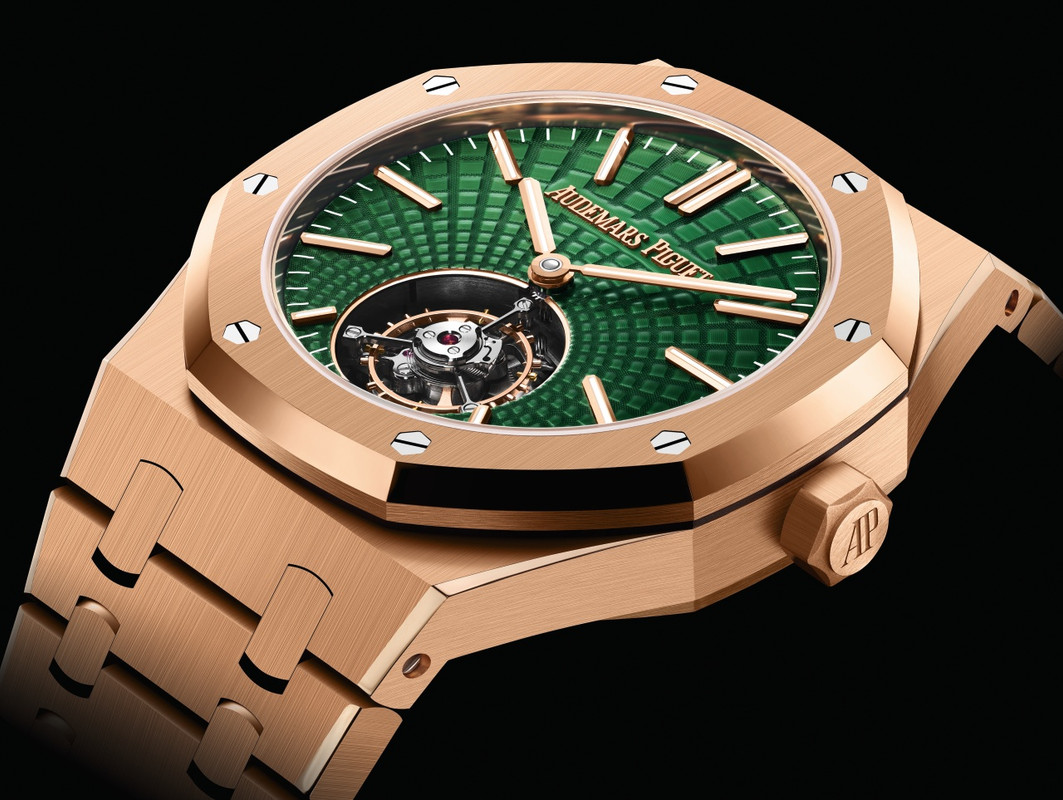 All three pieces are powered by the automatic Calibre 2950, which beats at 21,600VPH and has a power reserve of 65 hours. 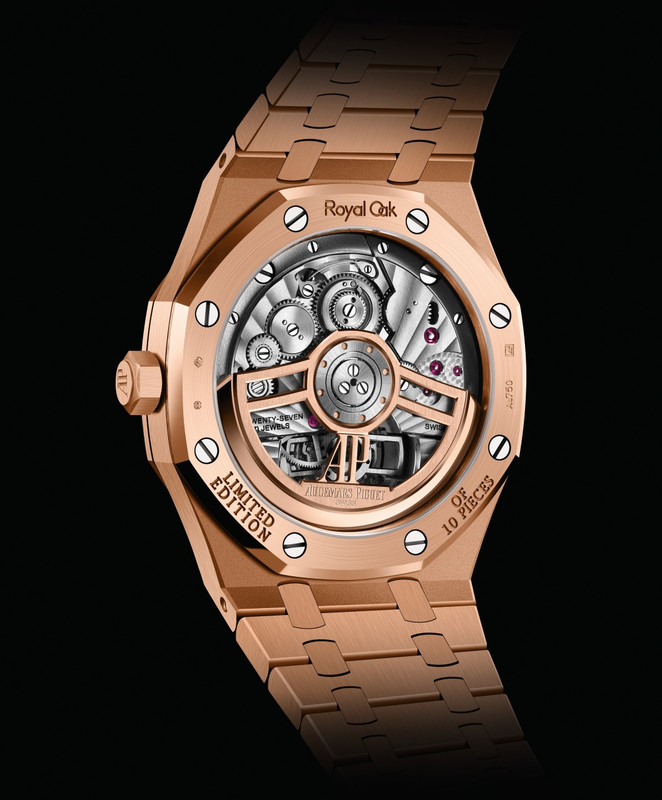 They are also all limited editions. The titanium model is limited to fifty pieces, the emerald-set titanium model will only have fifteen pieces, and the rose gold, ten. 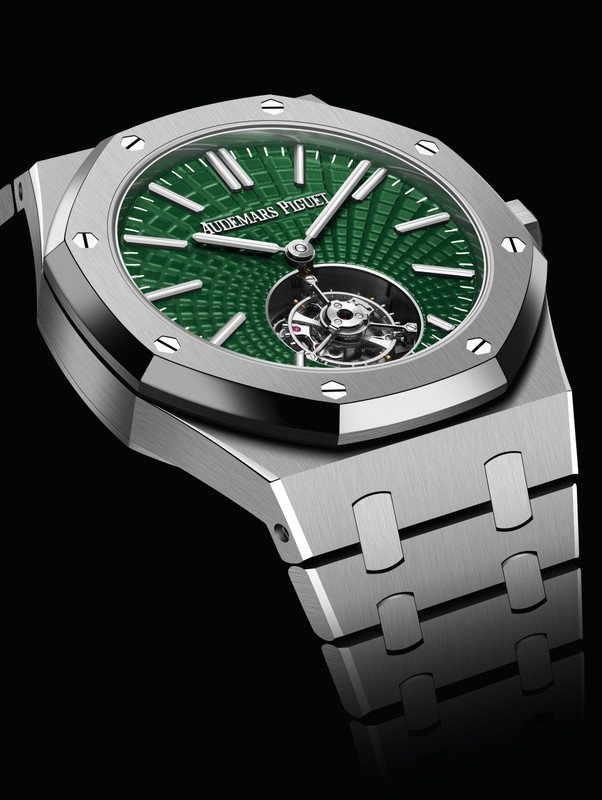 Of the three, the stone set model is not just the one that stands out the most visually, but may also be the one that generates the most animated discussion, although with so few pieces available, they will have no difficulty finding homes.

If you’re one of the legions of Royal Oak fans and have been wanting ‘in’ on the green theme, then now’s your chance.