Time lost all meaning last year, but the realisation that MB&F are marking a decade of the Legacy Machine might make us wonder in a different way, as well. It certainly has not seemed to have been so long since the first of the Legacy Machines, with their marriage of deeply classical watchmaking with a 2020s sensibility, was launched. That such a small niche watch brand has not just managed to survive but also thrive and expand (the M.A.D. Gallery), is something worth remembering. 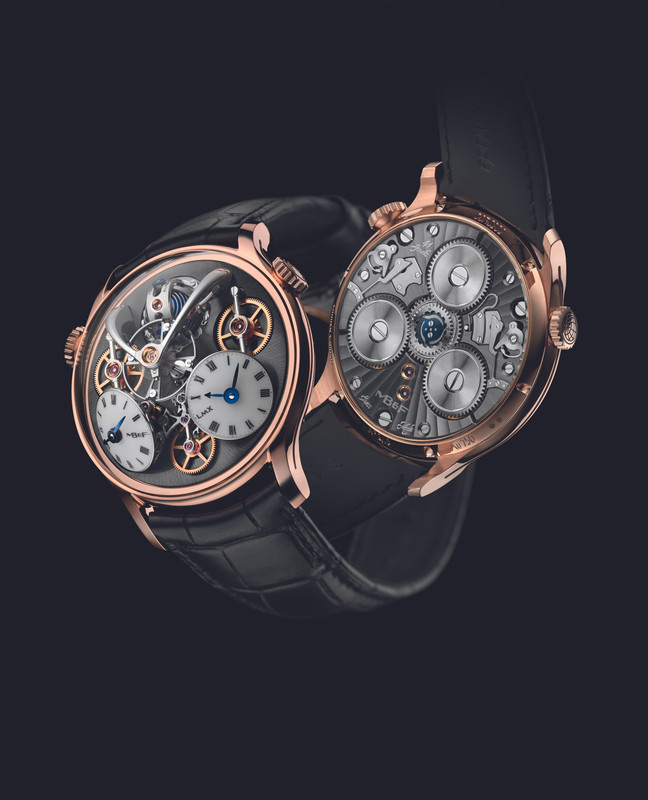 The Horological Machines may be a constant series of expectant guesswork and surprises, but the LM series have a strong design code and sense of continuity. The new LMX has the familiar central flying balance wheel (13.4mm and new for this model) and two white lacquer dials for dual time zones. The special new feature is a three dimensional rotating hemispherical (seven days) power reserve indicator that is a direct acknowledgment of the vertical power reserve indicator that appeared in the LM1. 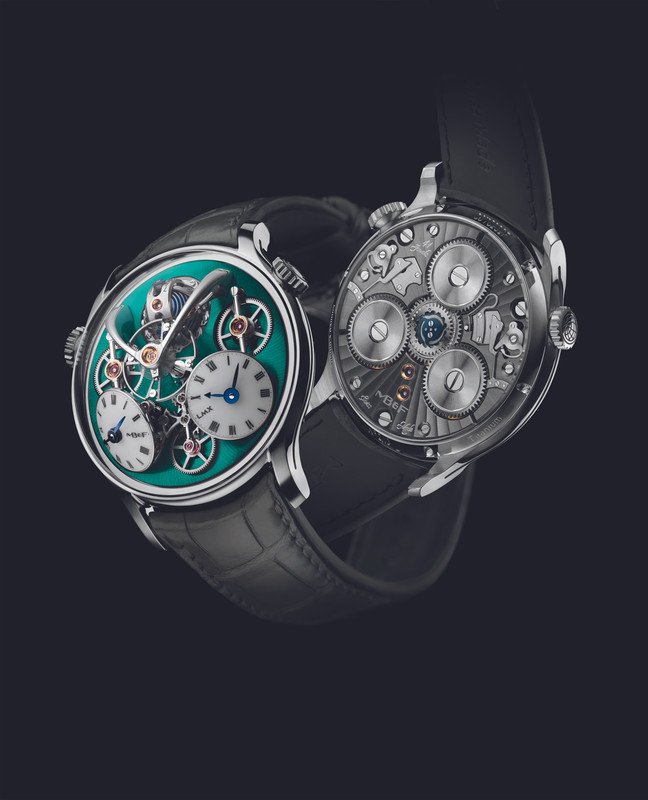 The cage rotates when the watch is wound, and there are two ways in which the wearer can read the indicator via the markers – from 1 to 7, or the days of the week. Because of the latter the wearer can, if they wish, use that method as a day indicator as well, simply by ensuring that the watch is fully wound on Monday morning.

At 10 o’clock is the time-setting crown for the left dial and at 2 o’clock, the crown for setting the right dial and for winding.

The dial’s symmetry extends to the back, through which can be seen the rest of the new manually-wound movement, beating at 18,000 VPH, with three mainspring barrels and sunray-finished Côtes de Genève. There is a battle-axe-shaped escapement bridge and gear-train components. 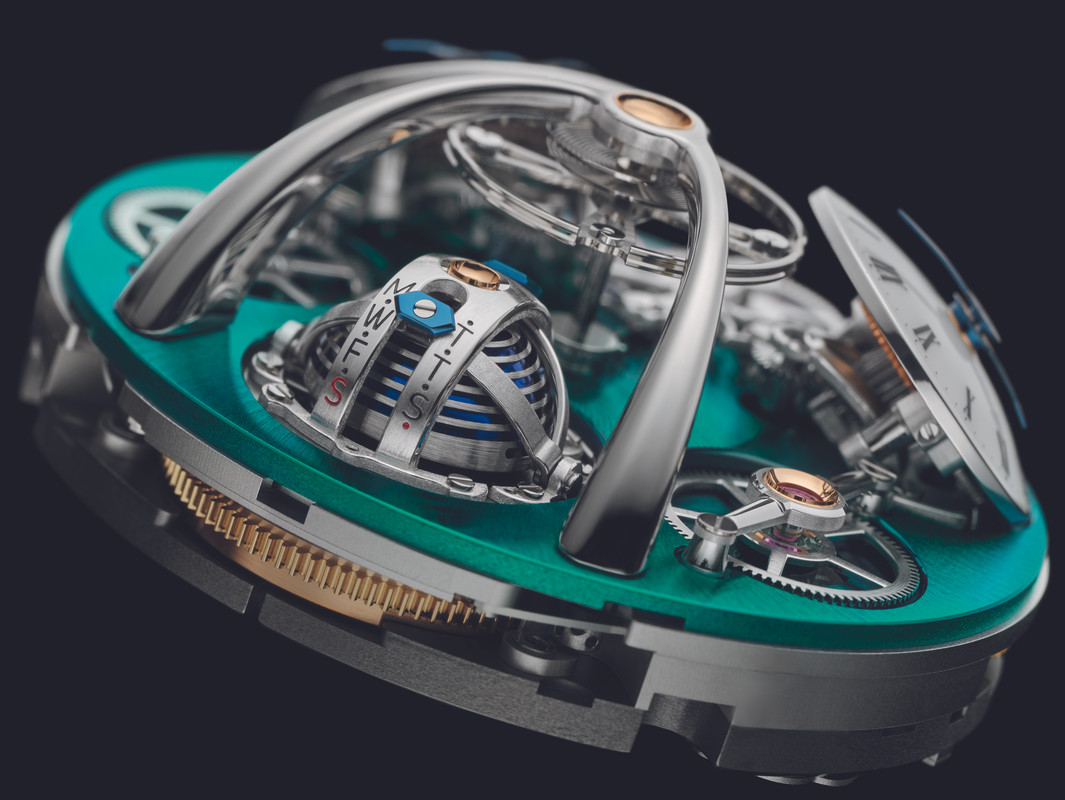 For those who are interested in development times, during the live online press conference launch last night Max Büsser said that this piece took three years from concept to realisation.

The LMX is available in two launch editions – 18k 5N red gold with a black dial (18 pieces) and grade 5 titanium with a blue-green dial (33 pieces). They come on, respectively, a black alligator strap with a 1k 5N red gold folding buckle, or grey alligator strap with a titanium folding buckle. Disregarding the height of the dome, the watches are 44mm x 21.4mm. They are CHF 106,000 for the Ti and CHF 121,000 for the RG and if you don’t wish to go through your local authorised dealer but deal directly with MB&F, shipping is free.