It is par for the course for watch brands to design and plan releases a couple of years before their launch, and for dates and events that are significant to them to be a popular inspiration. But today’s post is about a brand that has launched a new model to mark something that isn’t happening until 2025.

It’s not just about how early this is being done that I find worth mentioning, but also the interesting ‘launch pattern’ of which it forms part.

In 2025 Laco will celebrate its centenary, and to mark the occasion they will release a total of five limited models. The newly announced ‘Edition 95’ (in a limitation of 95 pieces) is the first of them, and one will be released annually hereafter, called of course the ‘Edition 96’, ‘Edition 97’, ‘Edition 98’, and ‘Edition 99’. 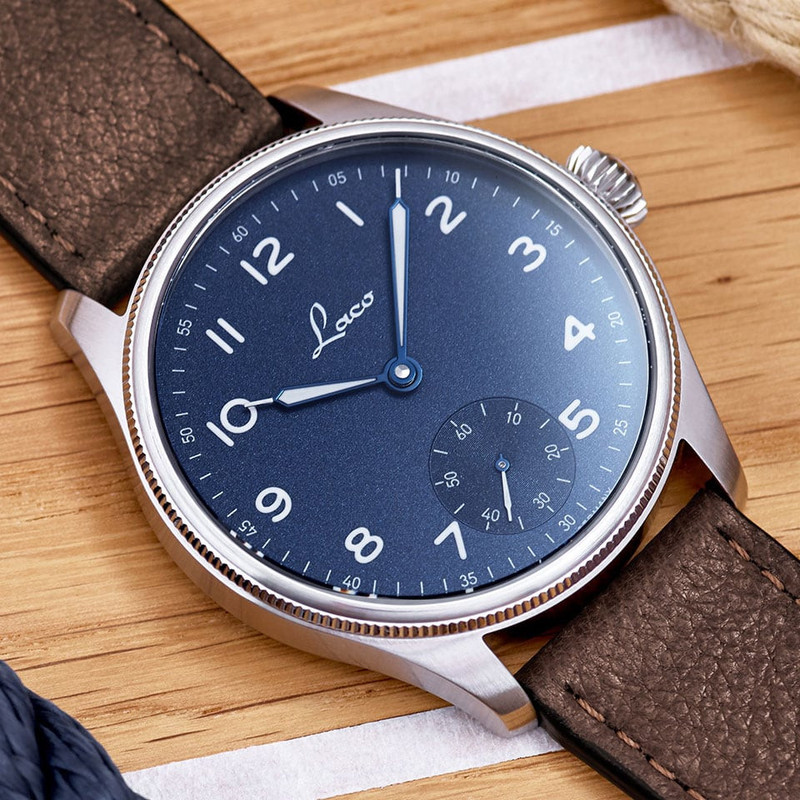 Coming in a 42.5mm sized stainless steel case with a combination of brushed and polished finishing and a fluted bezel, it is navy blue by colour and navy by inspiration, with a water resistance of 100m.

The dark blue dial is finely grained and the Arabic numerals and the thermally blued hands have blue Super-LumiNova. 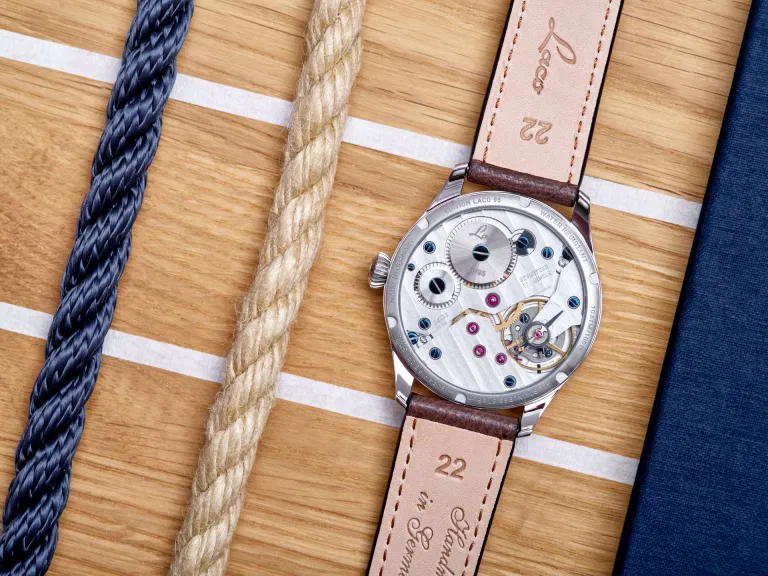 Through the sapphire case back is the manually-wound Laco Calibre 98, (base ETA 6498.1), with Côtes de Genève on the bridges, blued screws, and the limitation number on the rachet wheel. 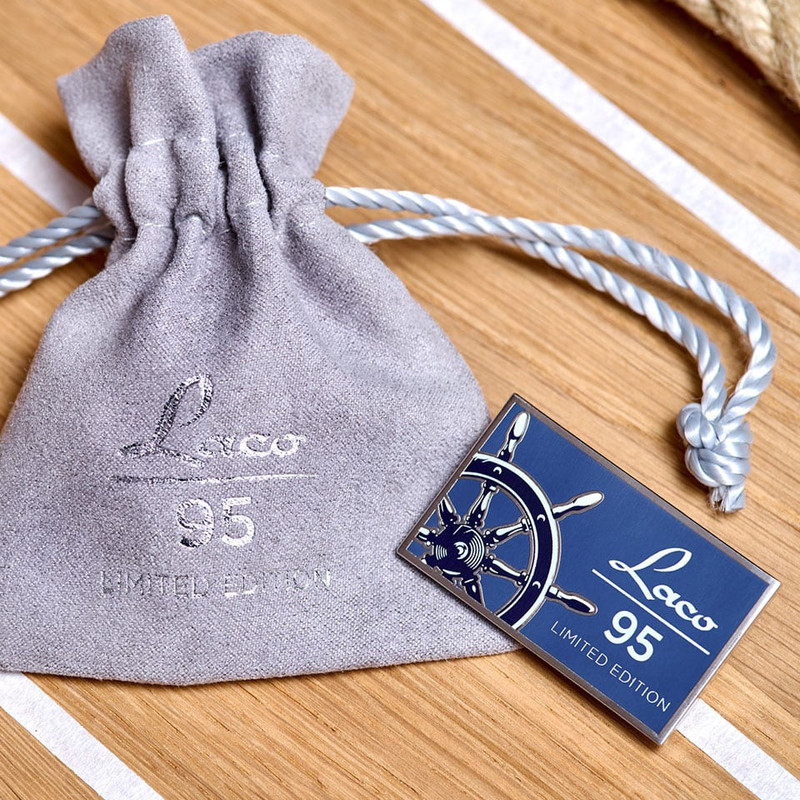 Coming on a dark brown leather strap, the Edition 95 comes in a blue box with a commemorative pin. It has an RRP of EUR 1,290 and is available directly from Laco or through authorised dealers. If the pricing of the future Editions is within the same broad ballpark, spacing it over a few years will also make it more achievable for those who may wish to collect the entire ‘set’.