Earlier this year URWERK released the UR-100 Gold, the fourth UR-100 model since the launch of the original SpaceTime. It’s clearly been popular, as now, they have a fifth limited edition variant of the U-100. As to whether there will be a sixth – well that’s a question that can only be answered by them.

Meet the new UR-100V Iron in steel and titanium, with a mixture of polished, matte, sanded, and shot-peened surfaces.

To recap, the inspiration for the first UR-100 Spacetime was a Gustav Sandoz pendulum regulator clock given to Felix Baumgartner by his father. Measuring not time but the distance of the Earth’s rotation at the Equator, it was exhibited at the 1892 Paris and 1893 Chicago fairs and a (gold and bronze respectively) medallist at both. 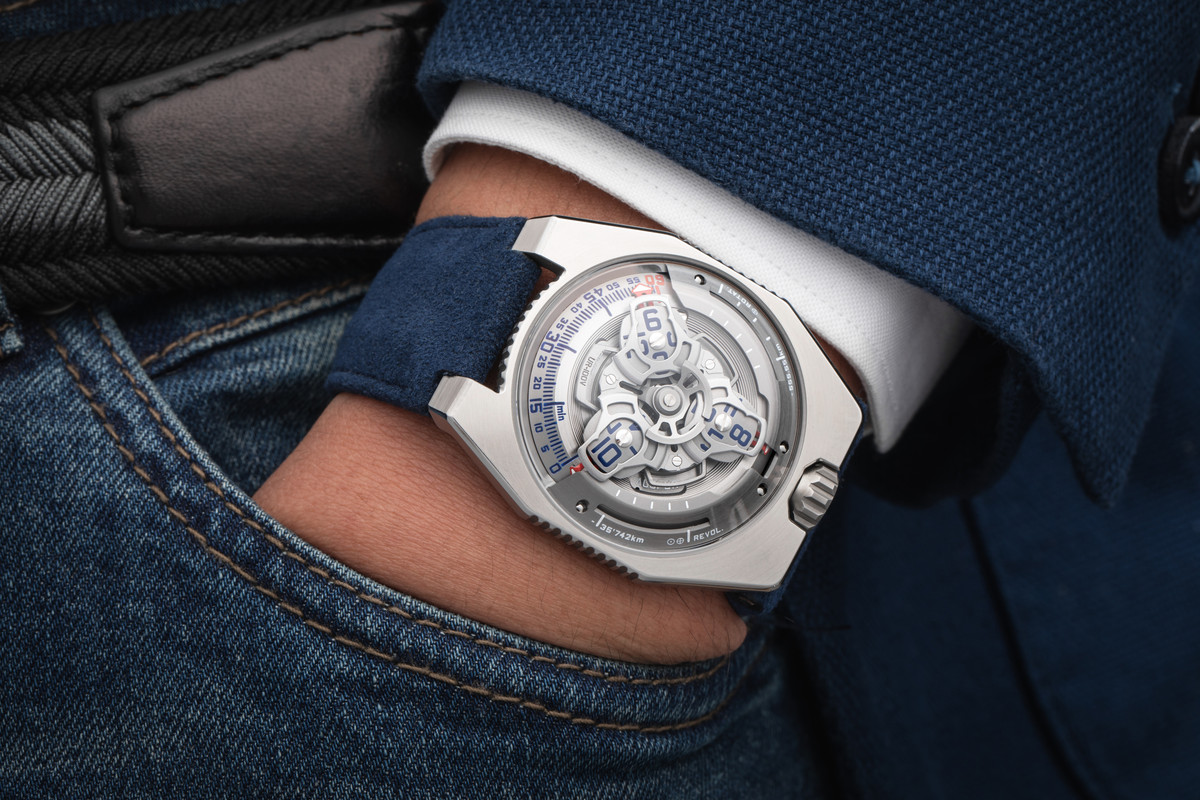 Making all this happen for the first four UR-100s was the automatic Calibre 12.01, which beats at 28,800 VPH and has a power reserve of 48 hours. With three base plates in ARCAP, the movement’s rotor is regulated by a flat turbine system, the Windfäng (Swiss German for “air trap”) that minimises shocks to the rotor and reduces over-winding and general wear and tear.

Inside the UR-100V Iron’s 41mm x 49.7mm x 14mm case is a modified version of the movement in the earlier models. The new automatic Calibre 12.02 also beats at 28,800 VPH and has a power reserve of 48 hours. It has a redesigned carousel (which carries the three satellites for the wandering hours), with the hours closer to the minutes. Both the carousel and the structure on top of the hours are made of anodised aluminium which has been sanded and shot-blasted. The satellite screws are each circular sanded and the structure on top of the hours display is in sanded and shot-blasted aluminium. The satellites themselves are on beryllium-bronze Geneva crosses; aluminium carousel; carousel and triple baseplates in ARCAP alloy. 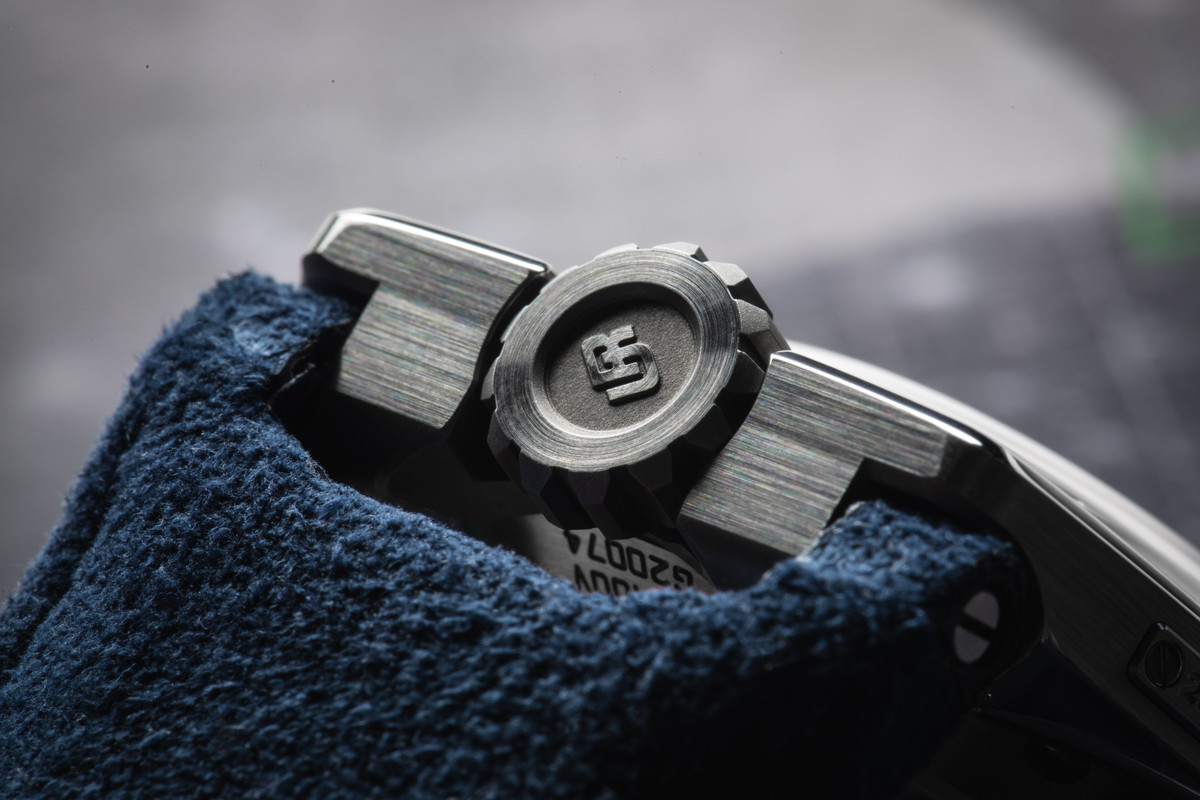 Coming on a blue Alacantra with a titanium buckle, the new UR-100V Iron is limited to twenty-five pieces and has an RRP of CHF 48,000 (excluding taxes).