A few week ago Oris announced a new in-house movement called the Calibre 400. Now why was this noteworthy? Well because it’s an anti-magnetic automatic movement with a five day power reserve, a ten year warranty, and a ten year recommended service interval. Yes – ten years. Markedly more than most recommendations (whether we stick to them or otherwise, as owners). Along with this announcement they said that they would shortly announce the first watch, an Aquis, in which this new movement was to appear.

So we knew the model type, but not the aesthetics, but now the Aquis Date Calibre 400 has been revealed.

Since it’s about the movement, let’s get to that first. 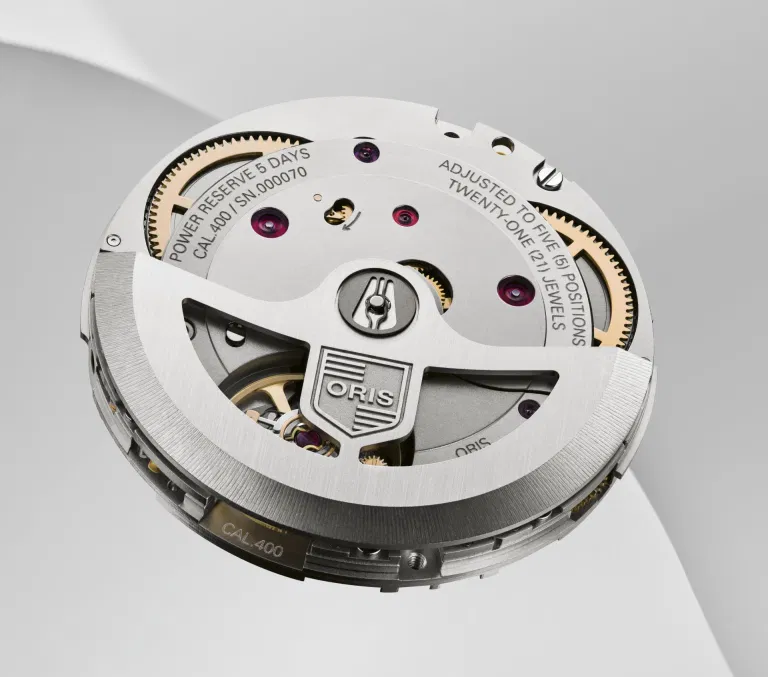 The idea of the Calibre 400 came half a decade ago. The goal was an automatic movement with accuracy, reliability, consistency, and which would be able to be worn wit the sort of daily wear and tear associated with wearing a watch, without having to worry about servicing for an extended period. The lengthy warranty is indicative of the confidence they have in the product.

They reduced torque in the mainspring to conserve power and put less pressure on parts. They developed a new wheel design into the gear train to improve efficiency (the new movement retains 85 per cent of the energy transferred from the mainspring, compared to 70 per cent for most calibres). Finally, they re-examined the rotor. Traditionally it sits on a ball bearing but they put it on a slide bearing and made it uni-directional rather than bi-directional. There are also twin barrels.

A new escapement was developed, silicon has been used for the anchor and escape wheel, and other non-ferrous materials for the axes that hold the balance wheel, escape wheel and anchor in place. In fact the Calibre 400 has over thirty anti-magnetic components. It is not COSC-certified but is still rated at -3/+5 seconds a day, which would pass COSC anyway. 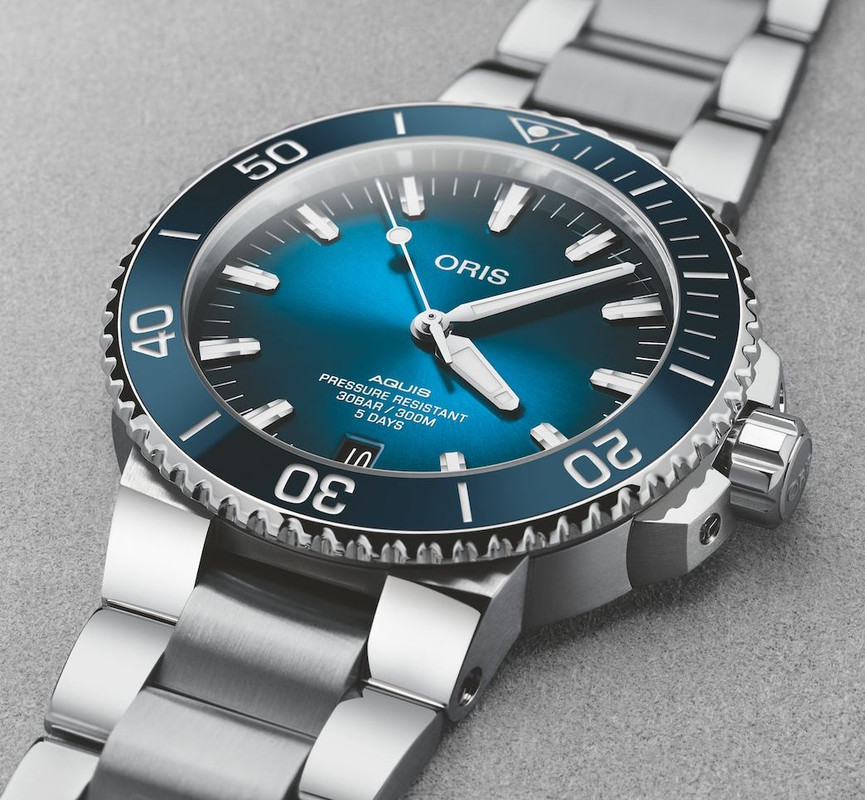 As for the new Aquis’ exterior, it is not a radical departure from the others. It is a 43.5mm stainless steel case with a unidirectoinal bezel and water resistance is 30m. The dial has a graduated blue dial with “5 DAYS” to distinguish it from those with a shorter power reserve. The date window is larger and has a black background to blend in more with the dial. Super-LumiNova is on both the hands and the indices.

Oris’ watches are known for their reliability, but the proof will be in the pudding with this one in terms of the ten year promise, which kicks in when the watch is registered at MyOris. 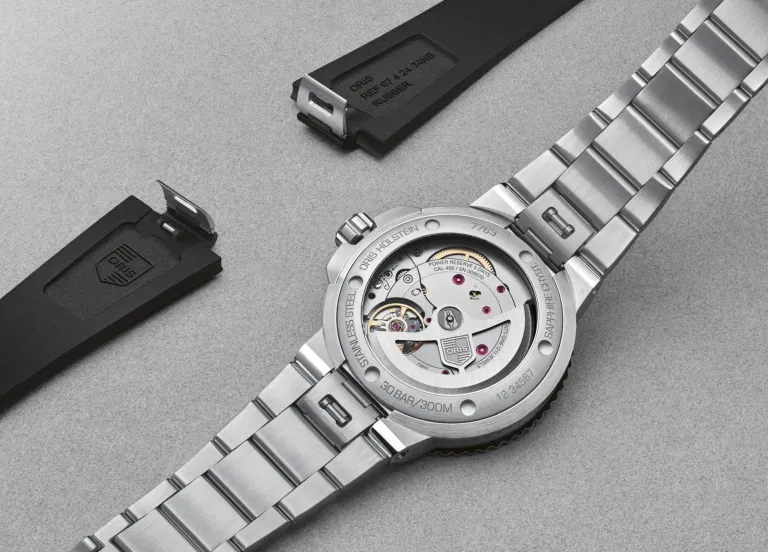 With the improvements brought in with the new Calibre 400, the pricing of this is obviously a fraction higher than the standard Aquis models, but it is still priced well given what you are getting here. The Aquis Date Calibre 400 has an RRP of AUD 4,800 on a bracelet and AUD 4,600 on a black rubber strap. It has their ‘quick change’ strap system, so you can swap between a bracelet and rubber strap if you choose to buy a second option.

On the subject of Oris and movements with extended power reserves, it’s worth a nod to the manually-wound Calibre 110 which they released in 2014 to mark 110 years. It has a ten day power reserve and patented non-linear power reserve indicator.