If you had wondered if the ‘green trend’ we’ve mentioned of late would continue, the answer is in the affirmative, and the latest addition is from H. Moser & Cie, in the form of the new Streamliner Centre Seconds. However this colour in and of itself has been no stranger to the brand over recent years, and even appeared in an unexpected form a few months ago.

Following on from the launch earlier this year of the Streamliner Chronograph with its Agenhor-developed movement, in this second addition to the Streamliner range Moser’s use of green becomes a fumé dial in what they are calling Matrix Green. Perhaps it is unexpected to commence a new collection with a complication and then go back to a simple time-only piece, but Moser do like to do unexpected things. 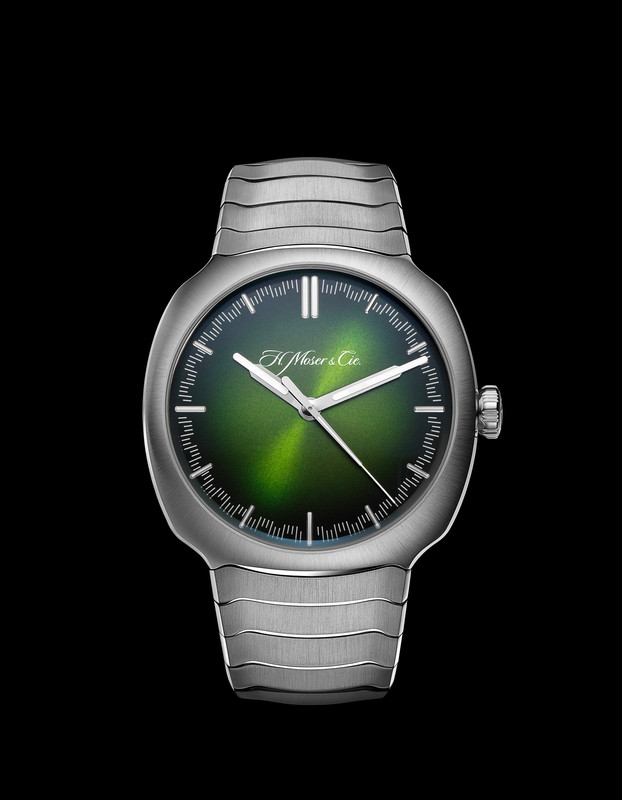 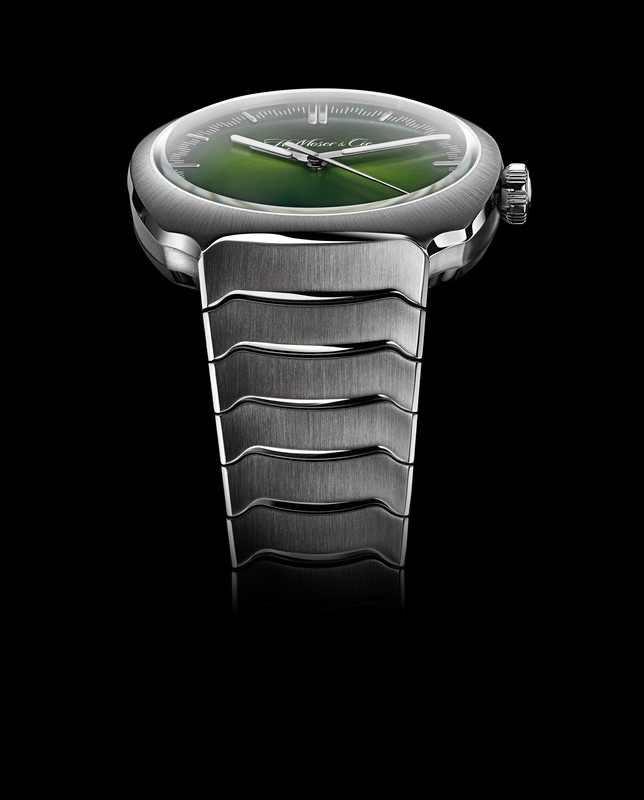 As per its predecessor, the case has a mix of brushed and polished finishing and is satin-finished on the sides. The links of the bracelet have vertical brush finishing as well as more traditional polished curved edges, and a folding clasp. 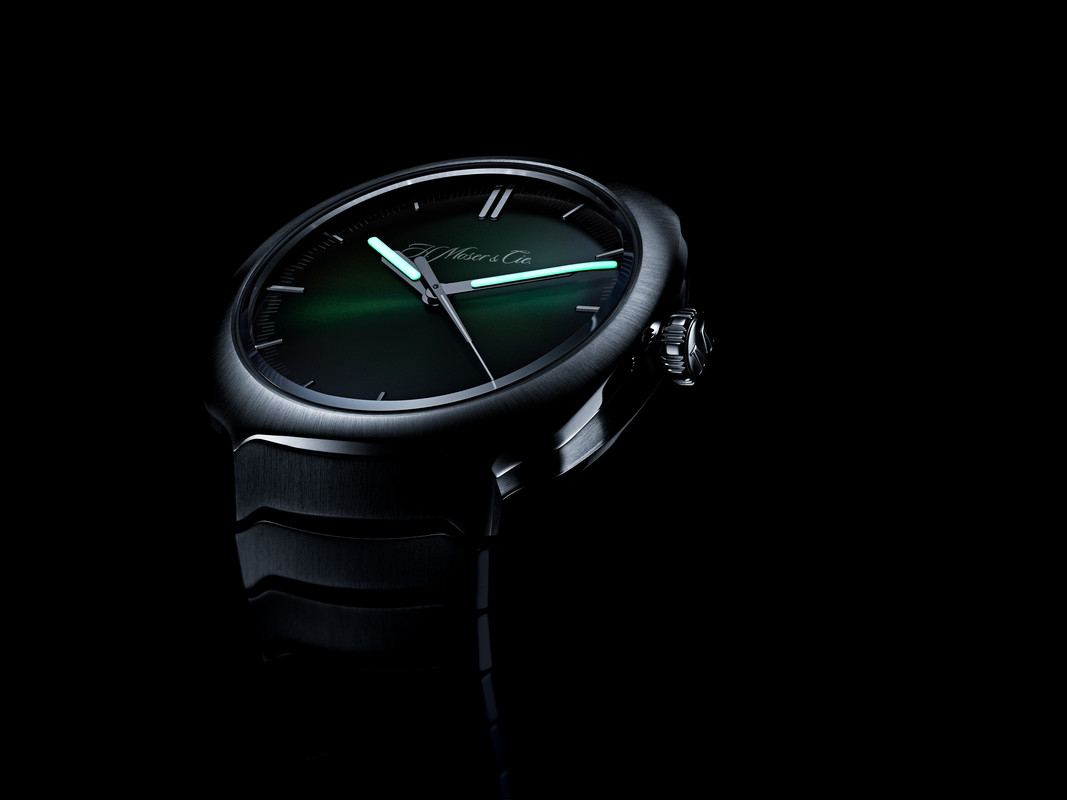 Atop the Matrix Green dial are the same hour and minutes hands that were in the Streamliner Chronograph – they have inserts containing Globolight® , a ceramic-based material which contains Super-LumiNova. 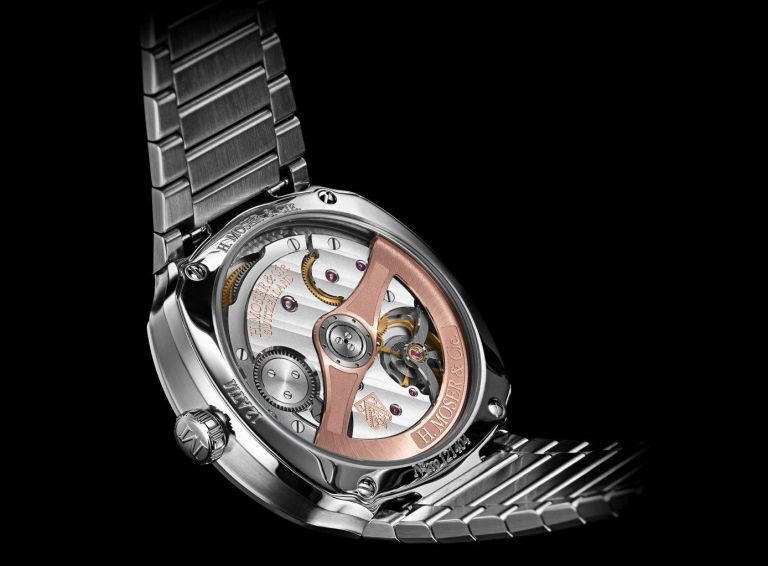 Through the open case back is the automatic Calibre HMC 200, which beats at 21,600 VPH. Finished with Moser stripes, it has a solid 18 kt gold oscillating weight and a power reserve of three days.

I know that Moser describe this new piece as being inspired by the lines of trains from the 1920s and 1930s, but the combination of dial colour, case shape, and bracelet in this time-only model which reminds me of watches from a more recent period – the 1970s, and because of the dial colour, even more so than the chronograph.

The RRP is CHF 19,900 and it is available from your nearest authorised dealer or from H.Moser & Cie.