What makes a Moser watch, ‘a Moser’? I am not speaking of the high profile pieces that have garnered broad media coverage but the ‘bread and butter’ of the brand – what they make and sell. Perhaps visually at least, this has been best encapsulated by the Concept pieces with their lack of branding mattering not a whit when it comes to being identify them as Moser.

Now they have forced us to rethink what this identity is, with the release of a new line called the Streamliner featuring a new case, a new bracelet, new dial (with new hands), and in this new piece, a new movement.

The launch model, the Streamliner Flyback Chronograph, shows a clear lineage down the luxury integrated bracelet sports watch line, but at a glance there is a touch of the Porsche Design IWC Ocean 2000 and of the work of the remarkable Agenhor. 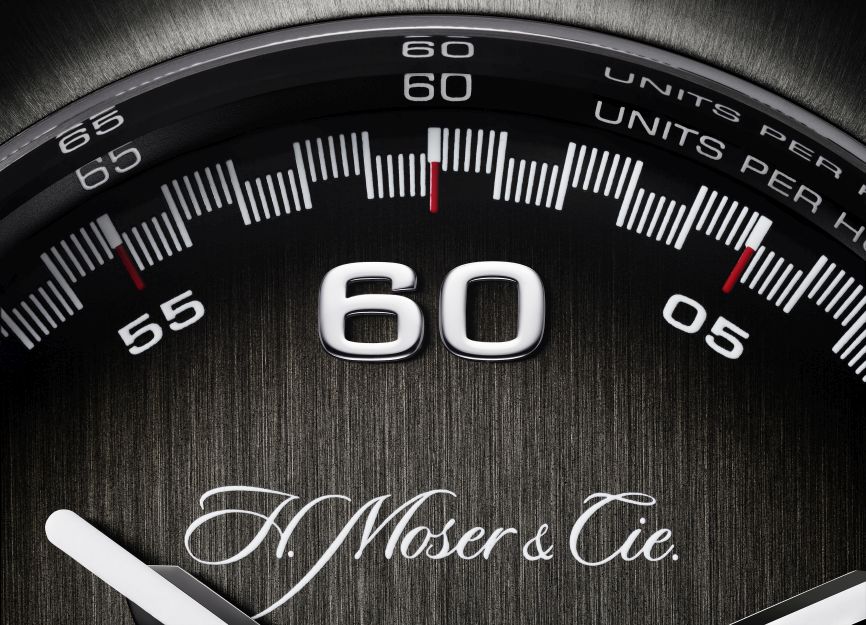 Well the latter is in the form of a variation of the AgenGraphe AGH-6361 automatic chronograph movement, about which you can read a definitive explanation by Ian Skellern on Quill & Pad. The base movement for this has a hole in the centre, allowing for changes such as a central chronograph module. The Fabergé Visionnaire DTZ is an example of how it has been used, but perhaps the Singer Reimagined Track 1 is the most immediate point of comparison. 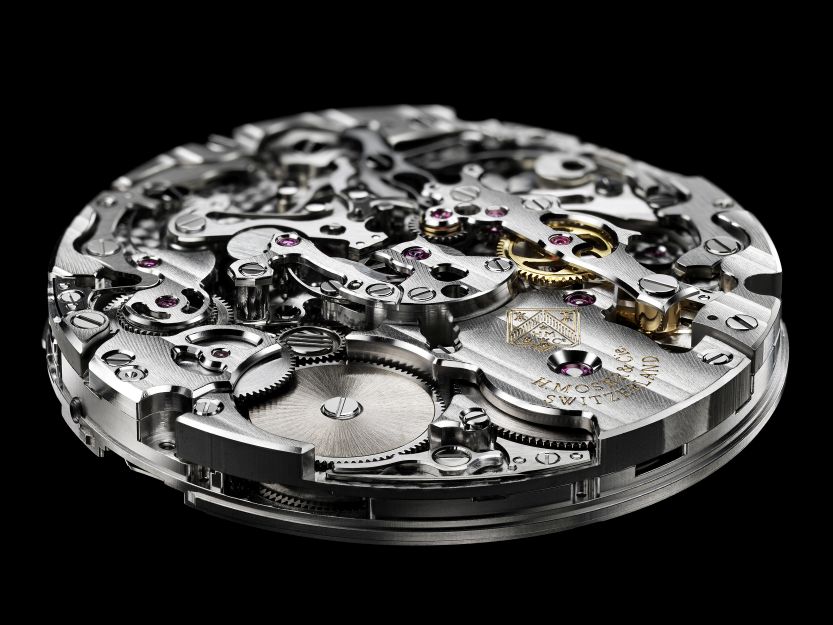 The new Streamliner is an automatic column wheel chronograph whose Agenhor-developed movement is called the Calibre HMC 902. It is 34.4mm in diametre with a height of 7.3mm, beats at 21,600VPH, and has a power reserve of 54 hours. It has a tungsten oscillating weight that is placed between the movement and the dial, horizontal clutch, tulip yoke for the chronograph, and is all about a central display. The display shows the two hands for the hours and minutes, along with two hands for the elapsed minutes and seconds for the flyback chronograph functionality. You can see the movement in its full glory through the open case back, which also features a limitation engraving. 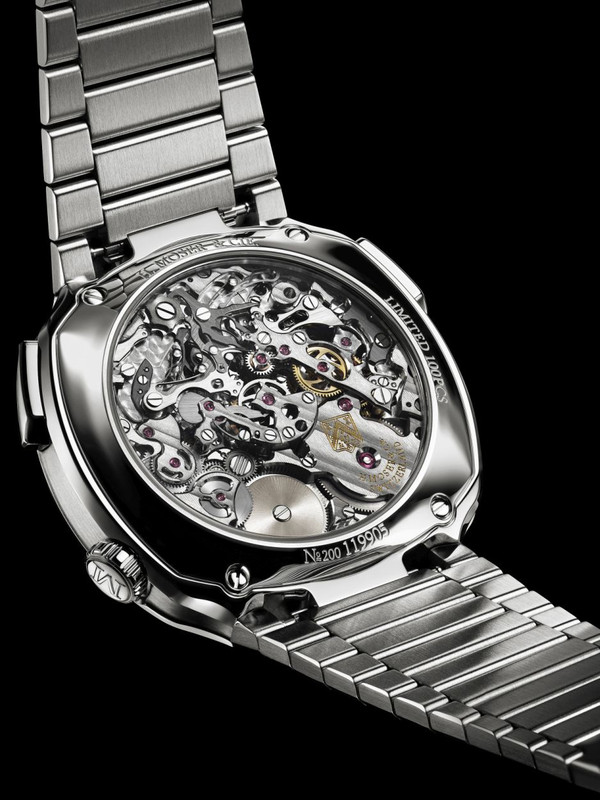 As I noted at the outset this is a very different case for this new line – 42.3mm of cushion-shaped steel with a thickness of 14.2mm. Interestingly, there is a water resistance of 120m (12ATM), and Moser notes that you can use the chronograph function under these conditions. The screw down crown is at 4 o’clock, and the chronograph pushers are at 2 o’clock and 10 o’clock. It is stopped by a box-shaped sapphire crystal. The integrated bracelet that reminds me of the Porsche Design IWC Ocean 2000 has the same undulating lines and fluidity. The articulated links combine vertical brushed finishing with polished curved edges, and a folding clasp. The bezel has sunray brushed finishing, with the case itself having alternating brushing and polished finishing, with recessed sides (a Moser feature) with satin finishing. 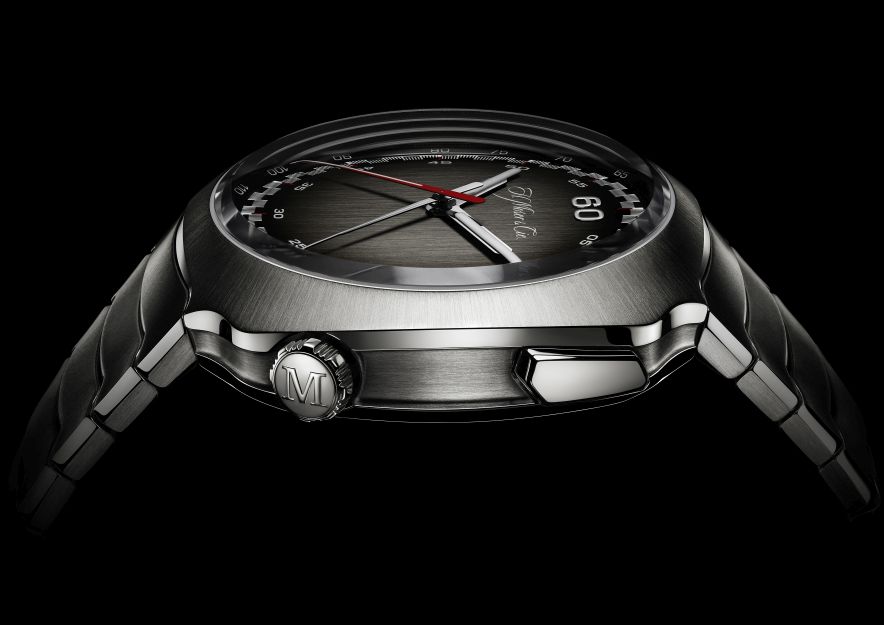 The new style of dial may be radically different for the brand but it does still feature the use of its popular fumé dials, this time in anthracite grey and featuring what is called ‘griffé’ – deep vertical brushing – which makes it more sporty, less dressy). Along with a tachymeter, around the circumference are two white and red minute tracks (also very ‘sports chrono’), the outer one measuring the seconds and the inner, minutes. There are no hour markers, but at 12 o’clock is a very large 60 that is a nod to stopwatches. For legibility, the seconds hand is red and the minute hand, rhodium-plated. The hours and minutes hands are curved and have inserts containing Globolight® , a ceramic-based material which contains Super-LumiNova. 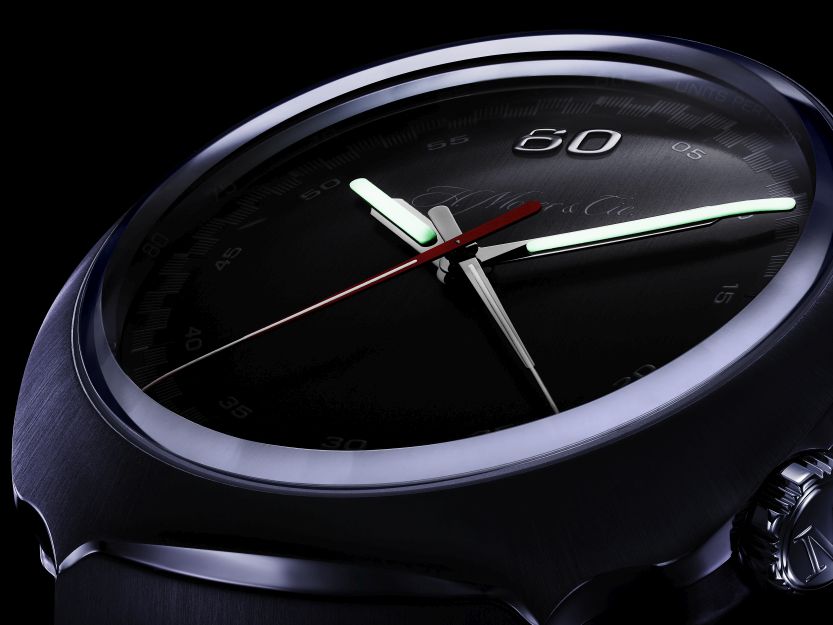 The Streamliner may not be what we have become accustomed to from the brand, but Moser say that the idea to create a stainless steel watch with an integrated bracelet has been brewing for some half a decade. As CEO Edouard Meylan said – “We [then] designed this model around the chronograph function, as this was what we really wanted to highlight. The Streamliner is a chronograph which displays the time rather than a watch which features a chronograph.”