Moritz Grossmann have taken the obvious step and turned the dial of their BACKPAGE model, which is centred around the manually-wound Calibre 107.0 on the dial side, transparent, so as to highlight the feature after which it is named.

With its untreated German silver frame, 18,800 VPH and power reserve of 42 hours, the Calibre 107.0 is essentially a mirror image (hence the name) of the Calibre 100.1, but with some changes. For example, an additional wheel between the crown wheel and the ratchet wheel reverses the entire drive train with respect to the rotation of the mainspring barrel that uses a mirrored escapement and the mirrored oscillation system – also including the balance spring coiling direction. 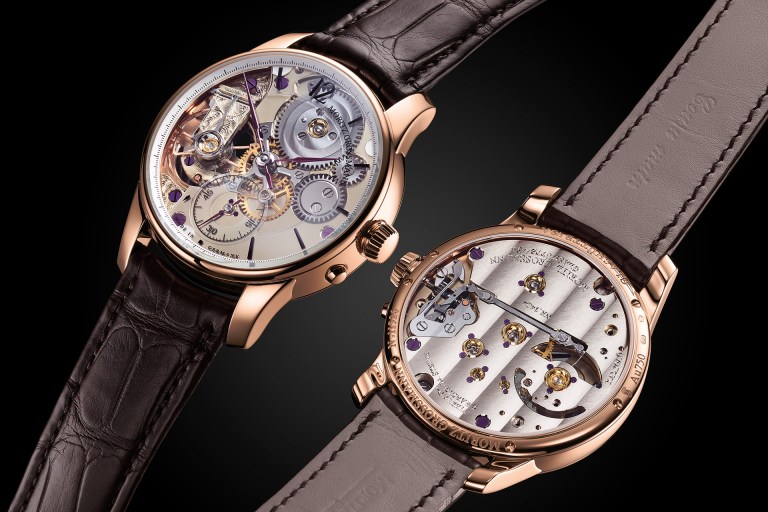 To display the winding wheels on the dial side, the dial train was reconfigured and arranged beneath a polished minute-wheel bridge. By moving the setting mechanism to the opposite side of the movement, the setting wheel extends all the way through the calibre.

When you pull the crown out, the mechanism switches from winding to setting. The brake position is sampled at the clutch lever and this motion is transferred to the brake spring via a push rod, which stops the balance. After adjusting the hands, the movement can be restarted by activating the pusher below the winding crown and the push rod returns to its rest position. This winder-pusher was developed by Moritz Grossmann to prevent dust from getting into the movement and the hands from being accidentally adjusted when the crown is pushed back. 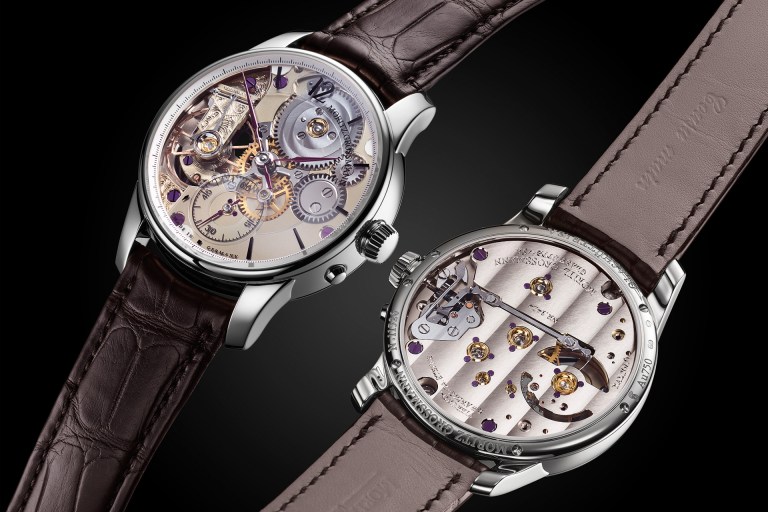 On the rear side, the winding and hand-setting mechanism is now openly integrated in the train bridge.

In terms of the dial, there are printed indices and the number ‘12’ on the sapphire crystal. The minute scale and an hour display from 11 to 5 o’clock and the subsidiary seconds are also in black. The hands are steel and in the distinctive Moritz Grossmann brown-violet colour.

The new BACKPAGE Transparent is available in rose gold or white gold 41mm sized cases, both on a dark brown alligator leather strap and in limited editions of eight pieces each. The Australian RRP is AUD 70,000 and they are available from Define Watches.